How Philip Roth Controlled the Narrative of His Own Life

Biographer Jacques Berlinerblau on the Death of Critical Distance

“Did you know Philip Roth?” People often ask me that upon learning that I study the famous author. They seem disappointed when I reply that, no, I never knew the man. They’re downright puzzled when I add that I had no desire to make his acquaintance.

I try to explain that I am practicing “critical distance.” Too much personal familiarity with one’s subject, I tell them, is likely to distort one’s analysis of that subject. Academic research, journalism, and even functioning liberal democracies, I continue, couldn’t function without critical distance. My listeners rarely seem convinced.

Philip Roth and his circle didn’t put much stock in the concept of critical distance. I can think of no novelist who had more books written about him by friends—friends who had astonishing access to prestigious publishing houses. Roth tended to “open up” about his life and art only to those he knew personally.

This penchant to maniacally control his own narrative came back to bite him during the recent scandal surrounding his handpicked biographer. Even before rape allegations surfaced against Blake Bailey, critics charged that the latter was far too easy on his subject, especially as it regarded his treatment of women. The New Republic’s Laura Marsh observed, “in Bailey, Roth found a biographer who was exceptionally attuned to his grievances and rarely challenges his moral accounting.”

I can think of no novelist who had more books written about him by friends.

Bailey was just the last in a long line of confidantes Roth deputized to tell his story. The cumulative effect of having so many intimates chronicle his life, literature, and loves was to flatten the portrait of a rather complex artist. His associates tended to ask (and answer) the exact same questions that Roth asked (and answered) in his own fiction: How terrible an experience was his first marriage? How traumatized was he by his battles with Jewish critics who accused him of being self-hating? How did he weather the hammering he received from feminists?

These questions aren’t uninteresting. But more independent inquiries might have looked elsewhere. One question that interests me is why he wrote so much about labile personalities and wildly unstable selves. From “Eli the Fanatic,” to David Kepesh’s metamorphosis into a six-foot mammary in The Breast, to the transmigration of souls in Operation Shylock, to the national flip flop that resulted in a Nazified United States in The Plot Against America—Roth is preoccupied with radical, even occult, flux. Why does an artist blast away at such a theme for half a century? It’s a central—and obvious—biographical question, but not one his friends canvassed.

Roth, for his part, effortlessly skirted the literary world’s janky critical distance infrastructure. When he wasn’t auditioning biographers, he was engaged in fairly mundane practices of backscratching, logrolling and system gaming. In the Library of Congress I found numerous correspondences in which he and a sidekick scheme to land one another an invitation to a writer’s retreat, a fellowship, a teaching gig, or a book contract.

As for the publishing industry, it eagerly abandoned any pretense of critical distance when it came to Roth. David Remnick, the editor of The New Yorker where Roth’s name was a virtual watermark, once wrote to his friend, “just know these pages are as open as can be to you. I suspect an editor of the New Yorker . . .  is not supposed to have a favorite living writer. . . . . Indecent, indiscreet, unfair, vulgar. Too bad.”

The literary world’s failures of critical distance vis a vis Roth are minor in the grand scheme of things. Yet they are not limited to just this author, nor to the industry itself. Journalism and higher education are being aggressively disrupted. Public servants are on the receiving end of often violent appeals to go partisan. Obviously, the literary critic’s job is far less consequential than that of a scientist, investigative reporter, or election official. But trying to put a little space between one’s passions and one’s responsibilities is an unheralded form of heroism.

As regards Philip Roth, I think these failures of critical distance have resulted in many misunderstandings about his life, his art, and especially the relation between the two. There is so much about him we still do not know. So when asked why I never stalked Roth’s legendary clapboard farmhouse in Cornwall Bridge, or “reached out,” I respond that not knowing him kept me honest and helped me to better know what was fascinating about his fiction. 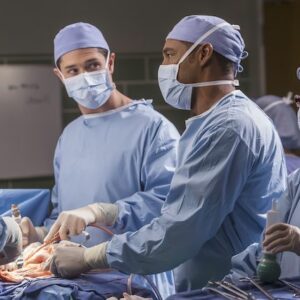 Fans may like to spend hours opining over who should sleep with whom when the characters are off rounds—but that doesn’t...
© LitHub
Back to top