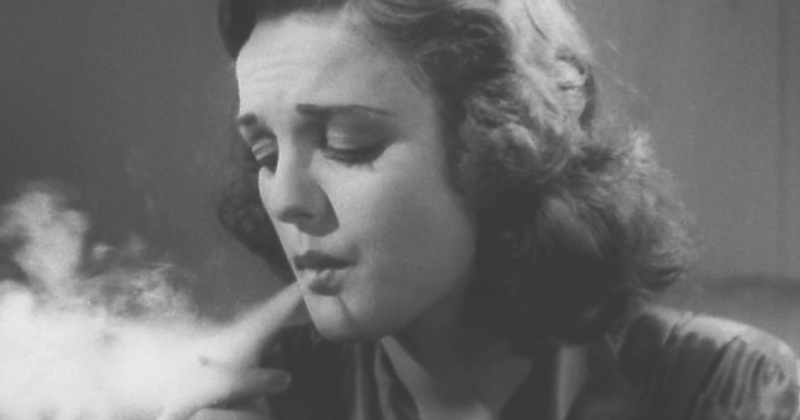 Josiah Hesse on the Racialized, Politicized History of Cannabis and the Fear-Mongering Agenda of Past Presidential Administrations

If cannabis has an energizing effect on the brain and body, how did we end up the couch-locked, junk-food-eating, lazy-stoner-who-can’t-ﬁnd-their-car stereotype?

I mean, it almost seems as if someone made it up.

The answer to that question begins with an ambitious racist looking for some job security. In 1930, when Harry Anslinger was appointed the ﬁrst head of the Federal Bureau of Narcotics (known as the FBN, which later became the Drug Enforcement Agency, or DEA), most Americans were not terribly afraid of drugs. However, they were remarkably susceptible to racism, presenting Anslinger with the opportunity to demonize opium via the Chinese immigrants and heroin via black jazz musicians, thereby ginning up tax dollars for the FBN—not an easy feat during the Depression.

While heroin and opium weren’t a large enough problem to get Anslinger the funding he was accustomed to during his years enforcing prohibition, there was a new smokable plant popping up throughout jazz clubs and in the bars of Mexican laborers: cannabis.

Actually, it wasn’t new. The plant had been grown in the United States since the 17th century and had been a staple of pharmacies for generations. In fact, years earlier Anslinger himself publicly declared cannabis to be harmless.

He was able to divert the public from these facts by ditching its botanical name and calling it “marihuana,” a rarely used term that sounded exotic and insidious (i.e., Mexican) enough to frighten the public into associating it with all their worst fears about nonwhites. In 1936, Anslinger proclaimed that 50 percent of all US violent crimes in areas populated by “Mexicans, Greeks, Turks, Filipinos, Spaniards, Latin Americans and Negros, may be traced to the use of marijuana.”

“By the tons it is coming into this country—the deadly, dreadful poison that racks and tears not only the body, but the very heart and soul of every human being who once becomes a slave to it in any of its cruel and devastating forms,” Anslinger said. “Marihuana is a shortcut to the insane asylum. Smoke marihuana cigarettes for a month and what was once your brain will be nothing but a storehouse of horrid specters.”

Media mogul and inspiration for the ﬁlm Citizen Kane, William Randolph Hearst promoted Anslinger’s theories and stoked racist fears about “marihuana” in his papers. “Reefer makes darkies think they’re as good as white men,” trumpeted one such article—adding that, under the inﬂuence of cannabis, these black men would seduce white women.

He would plant these stories in the press, then cite the articles as evidence of his rhetoric’s legitimacy, thereby creating an echo chamber that grew so loud that US legislators were convinced to vote in favor of a federal ban against marihuana in 1937—despite never hearing a minute of medical evidence justifying the measure—laying the foundation for the nearly century-long war on drugs.

Anslinger would often drift back and forth between the contradictory ideas that on the one hand, “marihuana” turned users into violent, sex-crazed maniacs with superhuman strength, and on the other hand it could turn susceptible youths into listless, mindless, unambitious zombies. The former worked when playing on the racist myth of sex-crazed black men attacking innocent white women, and the latter when targeting the inﬂux of lazy Mexican immigrants coming for white men’s jobs, or the nefarious communist plot to incapacitate Americans via cannabis.

This proved so effective that even when overt racism became socially unacceptable, fearmongering politicians still preyed on Americans’ belief in an “other” (whether racially, culturally, or economically different) who was so fundamentally lazy and sinful, all they could think about was stealing your money and corrupting your children while living on government handouts.

DIRTY HIPPIES
“Did we know we were lying about the drugs? Of course we did,” John Ehrlichman, adviser to President Nixon, candidly said in a 1994 interview with Harper’s Magazine. “The Nixon campaign in 1968, and the Nixon White House after that, had two enemies: the antiwar left and black people. We knew we couldn’t make it illegal to be either against the war or black, but by getting the public to associate the hippies with marijuana and blacks with heroin, and then criminalize both heavily, we could disrupt those communities. We could arrest their leaders, raid their homes, and vilify them night after night on the evening news.”

When conservative Americans viewed the counterculture movement of the 60s and 70s on the evening news, they didn’t see an artistic revolution based on community and spiritual enlightenment—they saw lazy parasites looking for a handout. This was not helped by their ubiquitous catchphrase, created by acid guru Timothy Leary: “Turn on, tune in, drop out.”

Intended to inspire youth to rethink the competitive rat race and create their own individualistic path forward (a very American concept, at its heart), it was interpreted by Nixon and his supporters as “Don’t work, smoke pot.”

While today we associate the 60s with hippies and civil rights marches, it’s easy to forget how wildly popular Nixon was (his 1972 victory was one of the biggest landslides in election history, winning 49 of 50 states), and how galvanizing the fear of blacks and hippies was to his supporters.

Country music star Merle Haggard penned a series of counter-counterculture anthems for this movement, with lyrics like “We don’t smoke marijuana in Muskogee” and “I ain’t never been on welfare, ‘n’ that’s one place I won’t be, I’ll be working.”

“Did we know we were lying about the drugs? Of course we did.”

In 1969 Nixon coined the phrase “war on drugs” during a press conference announcing the Controlled Substances Act, which dramatically increased penalties for drug offenders and declared cannabis a Schedule I substance (alongside heroin) as having “no medical value and a high potential for abuse.”

Seeking justiﬁcation for this move, Nixon appointed the National Commission on Marihuana and Drug Abuse, tasked with investigating the social and medical science surrounding the plant. When the commission returned to Congress with a report titled Marihuana: A Signal of Misunderstanding, arguing that cannabis is not harmful, doesn’t present a threat to society, and should be decriminalized, it was viliﬁed and buried.

Seeking a counterpoint, southern senator James Eastland launched the Senate subcommittee hearings titled “Marijuana-Hashish Epidemic and Its Impact on US National Security.” Known as the godfather of Mississippi politics, who once declared African Americans “an inferior race” and the civil rights movement as promoting “the mongrelization of the white race,” Senator Eastland was the ideal torchbearer for Nixon’s strategy of disarming hippies and blacks via drug laws.

Hearing only from those with a negative view of marijuana—who claimed the plant caused brain damage, impotence, obesity, impaired immune function, uncontrollable homosexuality, and breast development among men, and, of course, laziness—Eastland proudly declared, “We make no apology for the one-sided nature of our hearings—they were deliberately planned that way.”

The hearing leaned heavily on the condition of “amotivational syndrome,” which was said to be a state of stupeﬁed, zombielike behavior on the part of marijuana users, which explained the “drop-out” mentality of hippies and poor people on welfare.

Inspired by the Eastland hearings, the newly minted National Institute on Drug Abuse gobbled up taxpayer funds for studies looking for a scientiﬁc basis for amotivational syndrome. In one study, Dr. Robert Heath of Tulane University—known for his unethical “conversion therapy” tests on homosexual men involving electrodes, prostitutes, and legal coercion—strapped gas masks on a team of rhesus monkeys, forcing them to inhale the equivalent of 63 joints in ﬁve minutes. When the monkeys wound up with brain damage, Heath claimed to have found evidence of cannabis’s detrimental effect, and not, as many pointed out, a case of suffocation and carbon monoxide poisoning. Heath’s study was never duplicated, and his experiment was repudiated by the National Center for Toxicological Research.

The more funding that was shoveled into NIDA to provide scientiﬁc evidence of marijuana’s evil charms—with the hopes of justifying its prohibition—the more evidence yielded its medical beneﬁts. In time, the reputations of both Anslinger and Nixon were severely tarnished, and many were beginning to rethink their approach to drugs in America. (Years later it would be revealed that Anslinger had spent the second half of his life addicted to injected morphine, and Nixon was often so sloshed on Seconal and gin he would miss important meetings during national crises.)

People often forget that throughout the 1970s a wave of reforms led to cannabis being decriminalized in Minnesota, Alaska, Colorado, Maine, New York, North Carolina, Mississippi, and Nebraska. For a while, it was even looking like President Jimmy Carter would federally decriminalize cannabis, which would surely lead to a fully legal system within a matter of years, thereby undoing a great deal of Nixon’s racist war on drugs.

But then a Hollywood cowboy came to town and turned back the clock.

WELFARE QUEENS
“Leading medical researchers are coming to the conclusion that marijuana, pot, grass, whatever you want to call it, is probably the most dangerous drug in the United States,” then presidential candidate Ronald Reagan said in 1980.

Viewed at the time as the best hope for a conservative revolution since Barry Goldwater, Reagan effectively created the classist (and racist) “welfare queen” trope—characterizing all poor people as unwilling to work because the government will take care of them—with the aim of demonizing social programs like food stamps, mental health care, and housing assistance, while subtly tapping into middle-class bigotry against poor minorities. The not-so-subtle message was that welfare recipients were both sneaky and lazy, mooching off the hardworking “real American” taxpayers—and we must weed them out of the system.

Throughout his career, Reagan effectively dismantled a number of social programs, cut the taxes that funded them, and successfully took on the unions ﬁghting for the rights and wages of working poor people. Though his biggest legacy was to pick up where Anslinger and Nixon left off with the war on drugs.

And he really had it in for weed.

Foreign relations were upturned to accommodate seizures of pot in international waters. South American countries were pressured to spray harmful herbicides on suspected marijuana ﬁelds (poisoning the land, water, and human residents). Any positive reference to marijuana was scrubbed from NIDA databases, and any government scientist contradicting the party line was ﬁred. Mandatory minimum sentences forced judges to pass outrageous, decades-long prison terms for minor marijuana infractions, causing an explosion in the prison population. Asset forfeiture created a lucrative revenue source for law enforcement, incentivizing the extrajudicial prosecution of both dealers and users—often creating cases of guilty-until-proven-innocent shakedowns when someone is found with a joint.

Within a generation, this would lead to the United States having the largest prison system—and the nation with the largest amount of its population incarcerated—in the world. 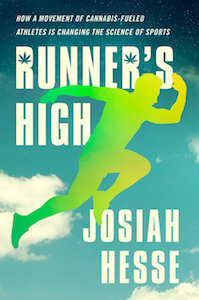 Excerpted from Runner’s High: How a Movement of Cannabis-Fueled Athletes Is Changing the Science of Sports. Used with the permission of the publisher, G.P. Putnam’s Sons, an imprint of Penguin Random House LLC. Copyright © 2021 by Josiah Hesse.

Josiah Hesse is an investigative journalist who covers breaking marijuana news as well as the intersection of marijuana and athletics, politics, economics, and culture. 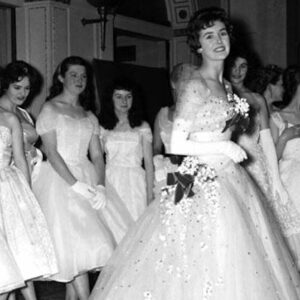 In February 1958, the Tatler published its debutante issue, “to help those who are bringing out daughters this year.”...
© LitHub
Back to top
Loading Comments...