Claire Messud considers what constitutes an essay, that most elusive of forms • Americans abroad, a reading list • How does Dolly Parton write a song? • Rumaan Alam talks to Lynn Steger Strong in conversation • Mariana Enriquez and an affair to remember • Julius Margolin on his life in the gulag • Young John Berryman is just like us! • How a young John Brown became the legendary militant abolitionist • Anaïs Duplan offers a brief history of the classification of Black music • Read from this year’s Cundill History Prize longlist, from the Aztec Empire to the birth of modern Greece • Forget the polls, here is every Mr. Darcy ranked • From Napoleon to Trump, Liesl Schillinger on the tyrant as troll • What happens when literary events move online? • On missing just about everything to do with the biggest bookish gathering in the world • Roger Berkowitz on Donald Trump, Joe Biden, and how might ever exist again in a shared reality • Magda Montiel Davis on the anticommunist Cuban exiles who struck terror in Miami • A letter from Dorothy Gallagher to her late husband Ben Sonnenberg • James K.A. Smith on the delight of Daniel Mendelsohn • Johanna Hedva takes an unconventional approach to putting words on paper •

Stephanie Kent on what she found out interviewing booksellers from all 50 states • Barry Yourgrau on publishing a pandemic collection in Japan • Maureen N. McLane on the work of Louise Glück

Claire Messud recommends five books about the writing life, from In Search of Lost Time to A Room of One’s Own • The Ungrateful Refugee author Dina Nayeri on James Salter’s sex scenes and hating Moby-Dick • New titles from Xiaolu Guo, Rebecca Roanhorse, David Leavitt, and Craig Brown all feature among the Best Reviewed Books of the Week 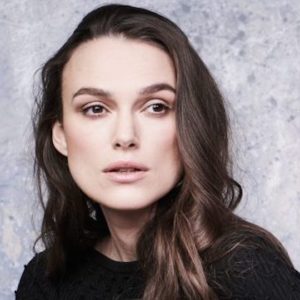 "Why read a book when you can watch a movie adaptation of said book?", that's what I always say. Better yet, just watch the trailer....
© LitHub
Back to top