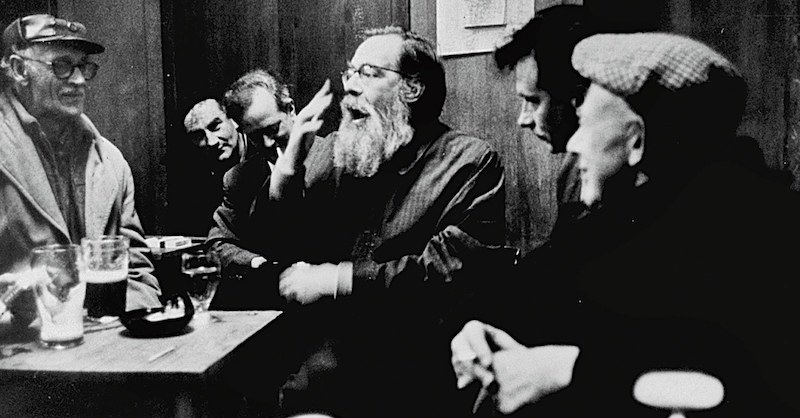 From The Selected Letters

God knows why I didn’t write long since—find in my papers two typed pages to you on July 10 but unfinished, and dull in any case. Was ill most of the summer, then in Canada to rest (hoped to get to Harrington but it was too far for my purse), then usual frenzy of packing, etc. Forgive my incoherence, I’m devilish nervous this evening—been trying to work out a poem & can’t—Christ for a poem with all the uncanny shock of Yeats’ “Fisherman” or Crane’s “Paraphrase” and at the same time ordered strength, as Ransom or Stevens—I am beginning to understand how it drives you mad after a time.

I wanted awfully to see you again, we had no chance to talk for hours and hours, as you have to—opinion, dozens of poems, theory, metaphysics and just hearing the voice of someone you respect has an intellectual quality—let me collect my scattered wits or I shall have to tear this up.

←(finished the poem in this interval, honest!)

I’m awfully glad about the Harcourt Brace contract and very pleased if your coming to New York for our dear little Bartholomew Boar Pig had anything to do with it. And I hope very much that that, and any other writing you’ve been doing, are going to your satisfaction—which is to say, perfectly.

Have you finished the long poem, “? ’s Delight”? I should like to see it if you’ve a copy you don’t mind missing for a month. The sonnets “Judas Priest” are brilliant—lines keep recurring to me, in fact I have both ^(sonnets, not lines)^ by heart

So driven mad did he alone indict
the waste, the terror, the intolerable loss

and the modulations of speed in the octet of I are beautifully done, and the formal character of the verse is magnificent. Forgive my little discussion—I am not continuing from any sense of courtesy or flattery.

I want to see the Yeats essay again: I have been studying Yeats since then and have discovered complexities, and vastness, I didn’t know were there. I liked the essay enormously, of course, wishing there were much more of it; but I wish the damned Southern Review would print it instead of announcing with great pride that they are going to print it; I’ve some notes and ideas to check against it—I’ll write in detail when it appears.

“The shops here are superb and you open accounts at once everywhere and then just wave books when you want them.”

I picked up No 46, signed of course, of “A Vision” for a guinea in London, by the way, and am just getting into it; will report on it when I know more. Also got “Stories of Michael Robartes” in Montreal—have you seen the books? If not, I’ll be glad to mail them over. Books are incredibly cheap here, incidentally—an ordinary $2 book of verse is 5 shillings, a novel ($2.50) is 7 / 6 and dearer books even less in comparison. Hefer’s [sic] have a Nonsuch [sic] Dante for £7 which I thirst for—gorgeous thing; how could you sell yours?

I’ve already bought about twice as many books as I’ll ever be able to pay for—the shops here are superb and you open accounts at once everywhere and then just wave books when you want them and, obviously, I owe some ^£^18 already, to six or seven places. I have so much room here, two immense rooms and a kitchenette (called the gyp-room), I wish you or Mark could come and stay for months. Is there any chance of your getting over?

“The Double Agent” ought to be published here, I’ve been thinking; but so little is known of American poetry—no Crane, no or very little of Stevens, Cummings, etc.—that it might be difficult. If you’re interested, I wish you’d let me do anything I can. Meantime, I’m getting everyone who matters—and whom I know— to read you and the aforementioned and Ransom, etc. The latter seems to me absolutely first-rate, by the way—esp. “Painting: A Head”, “Captain Carpenter”, “Antique Harvesters” and others—what do you think?

As a matter of fact, I can’t think of anyone writing verse in America who is better (possible exceptions: Stevens, Tate, who else?). There is probably no sense in listing poets, but really what do you think of Ransom? Phelps Putnam I like immensely too, but only in four or five poems. Have you looked at Mark’s poems in The Southern Review? And see the lyrics in “A Winter Diary, etc” if you can. I’ve got Wheelwright’s book and a curious book it is.

“Talked to Tate a good deal when he was in New York lecturing; delightful and very wise, spoke hugely of you.”

Nearly all the poems are interesting, but in a special way ^—or largely so—^ which I tend to think has nothing to do with poetry; they interest by reason of the man’s sharp, hard mind—matter, briefly, not manner. The verse, when it is verse, is in general formless even if it is metrical; much the same criticism you leveled so ably at Frost (a miserable book, that)—for example, the fourth “quatrain” of “Would you think?” is hopeless as Frost is often hopeless, and for the same reason, though their minds are, of course, utterly dissimilar. Correct me on this if I’m wrong. I miss simply in Wheelwright

And he that digs it, spies
A bracelet of bright haire about the bone,

So heigho and lackaday. Look, by the way, at a lovely, strange poem by Emily Dickinson that begins “A spider sewed at night”; have you thought of writing on her? Some one ought to, in the way you use—say what she is saying, how she says it, its value and place—and tell the ignorant world which poems of the hundreds are good and which are not, for no one knows. I feel, oddly, that she is unread except in anthologies or by a very few—Tate, Mark, you, me, etc.

How can I know, for instance, that anyone has ever read with attention the poem I mentioned above; it’s brief but excellent and far less difficult (though the syntax of the middle 3 lines is defective) than many others, many of them good. Essential and neglected, I think.

Talked to Tate a good deal when he was in New York lecturing; delightful and very wise, spoke hugely of you—letter from him this afternoon about my poem—oh I hadn’t told you: I wrote in July a masterpiece of about 350 lines called “Ritual at Arlington” & sent it to the S. Rev. Contest—Tate & Mark judges. It didn’t win of course, but they put it 5 in some 500, he says, and “there are very fine passages in it, the best I thought in the whole contest.”

Ah, I swell with pride—and am damned disappointed: the theme (description of society by analysis of the incremental ceremonies about death) is valuable, I think, and the handling adequate. I’d like awfully for you to see it—if you wouldn’t mind, say so and I’ll send it over.

Lectures begin tomorrow—I’ll be on Chaucer & Donne & Blake & Yeats mostly, this fall—beautiful town, really, but my mind is in such turmoil I can’t be still long enough to inhale this history—I hope this finds you and Mrs Blackmur well and joyous and busy, and you disposed to read such an interminable [mass/mess]— 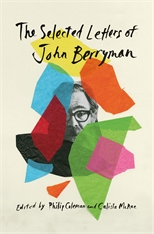 Excerpted from The Selected Letters of John Berryman, edited by Philip Coleman and Calista McRae. Used with the permission of the publisher, Harvard University Press. Copyright © 2020.

John Berryman (1914–1972) was one of the leading writers of American postwar poetry. He is best known for The Dream Songs, the two volumes of which won the Pulitzer Prize and National Book Award, respectively. 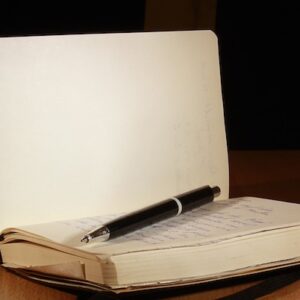 This first appeared in Lit Hub’s Craft of Writing newsletter—sign up here. This silken spool of thread is your...
© LitHub
Back to top
Loading Comments...