*That You Care About

Lords and ladies, today is the 25th anniversary of the day Mr. Darcy first came out of the lake on the BBC adaptation of Pride and Prejudice. You know exactly what I’m talking about. You may have worn your tapes through replaying it since then, but no one can forget their first time. To celebrate this momentous day in literary history (I mean), and to be honest with you, because the news is bad and I need something nice to think about instead, I have decided to rank my favorite Darcys, and, when appropriate, re-pair them with more suitable Miss Bennets. Be warned that I cannot be bothered with The Lizzie Bennet Diaries or Pride and Prejudice and Zombies. (I’m in my mid-thirties.)

Traditionally, people who click on articles ranking various Mr. Darcys are one of two types: a MacFadyen through the mists person or a Firth in the drink person. Therefore, I must apologize now, as both are tolerable, but not handsome enough to tempt me. Don’t @ me, Firth-hive. 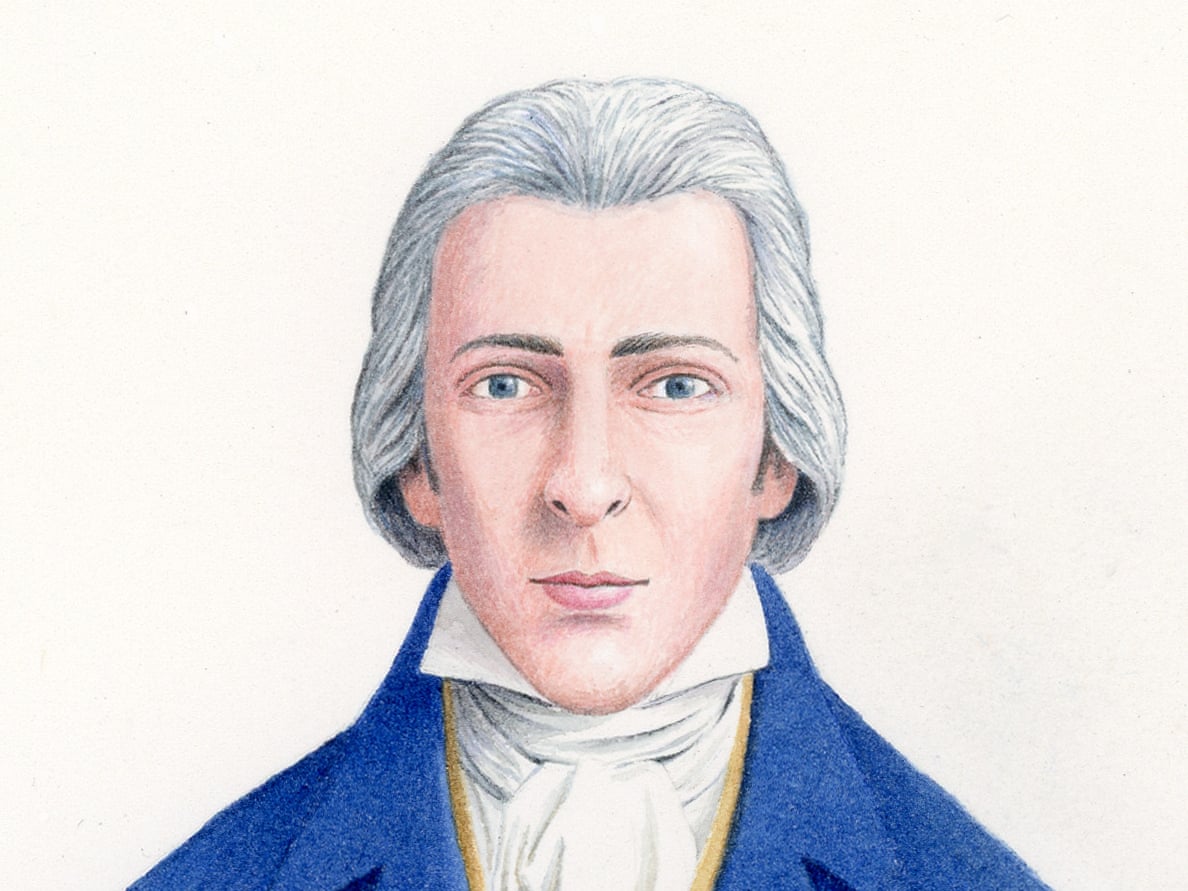 I understand the wig bit, but I don’t understand what is so “historically accurate” about that chin. Surely chins have always been varied, and whatever you think about this ranking, “the real” Mr. Darcy’s chin absolutely could have, and should have, and yes, without question did have a little dimple in it.

OTP: I would never. 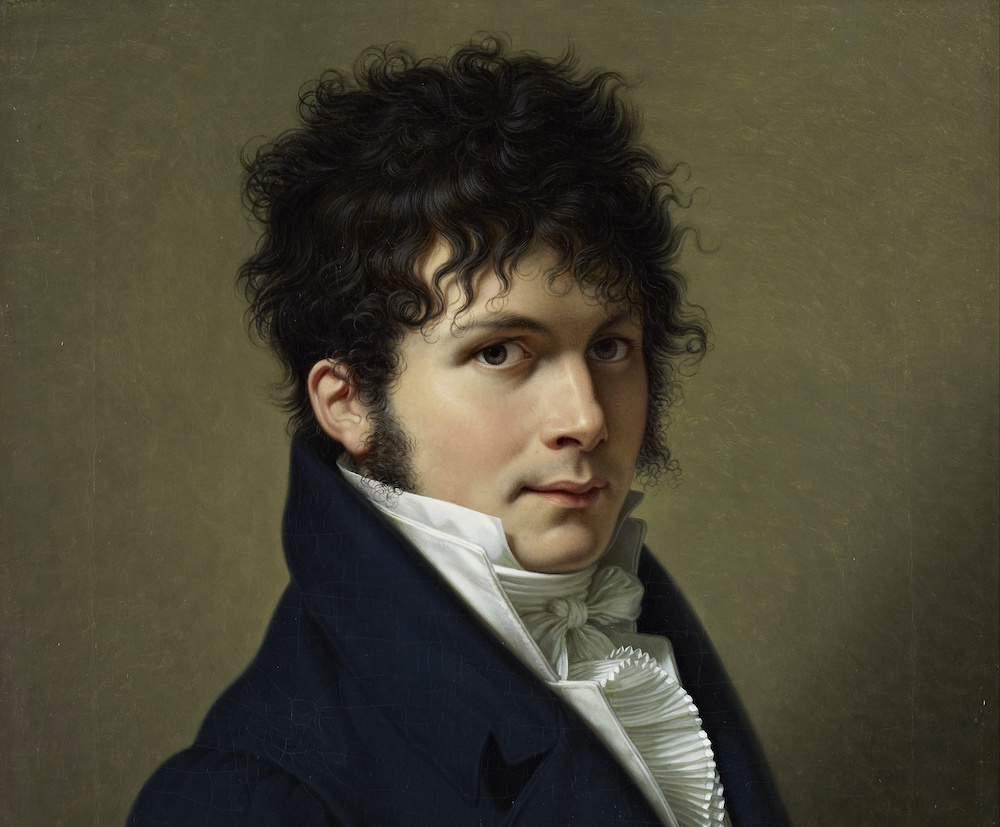 According to the curators at Scotland’s National Gallery, Francois-Xavier Fabre’s Portrait of a Man is often likened to Mr. Darcy. The style “fits in perfectly with the fashion and period described in Austen’s novel,” they write. “While there is a partially legible pencil inscription that reads ‘M Camille’, no formal identification of the man in the painting has been made, which perhaps leads the identity of the sitter more open to imaginative interpretation. Indeed, it isn’t just visitors to our Gallery that have come to associate our painting with Darcy—it now appears as the book cover for numerous editions of Pride and Prejudice.” True enough!

OTP: Gotta be this gal, I daresay. 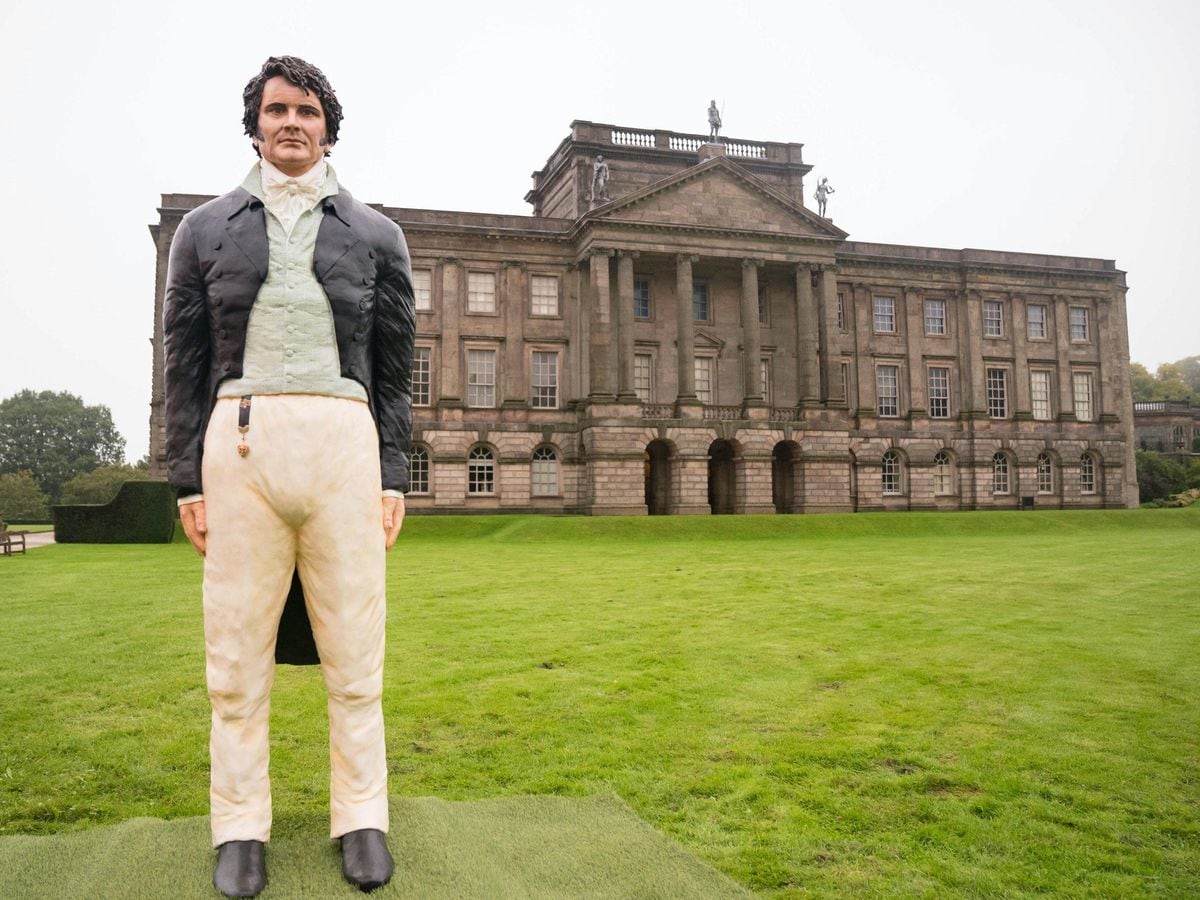 To celebrate the 25th anniversary of the BBC miniseries, UKTV commissioned cake artist Michelle Wibowo to build a life-size cake in the shape of Colin Firth’s classic Mr. Darcy. It doesn’t quite look like him but hey, it’s edible (Victoria Sponge with vanilla buttercream, chocolate ganache and fondant icing on the outside, if you want to know—hopefully not stodgy).

OTP: He could put this Lizzie right in his frosted pocket. 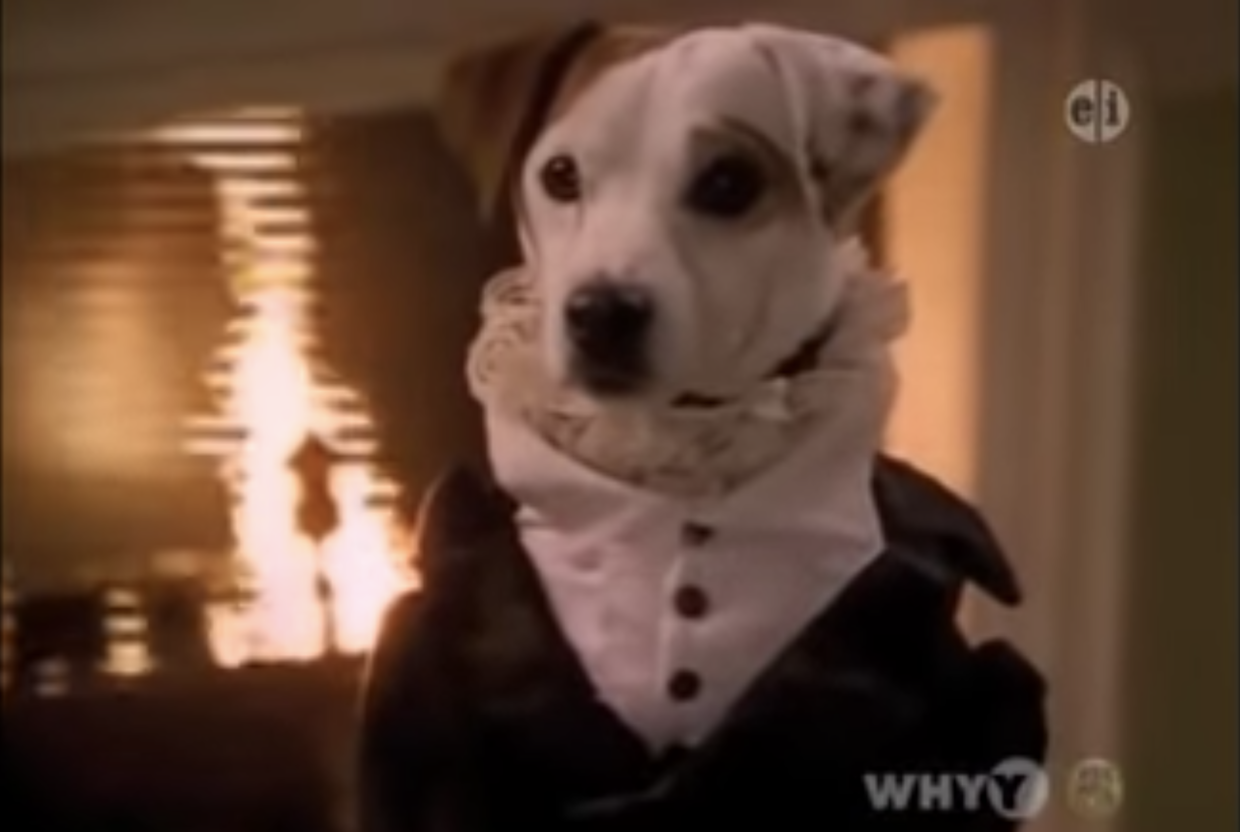 “Mr. Bingley’s rich and incredibly handsome friend, Mr. Darcy, is nervous at parties. So nervous he seems rude.” At least he has a little cheek though. And a little FACE. 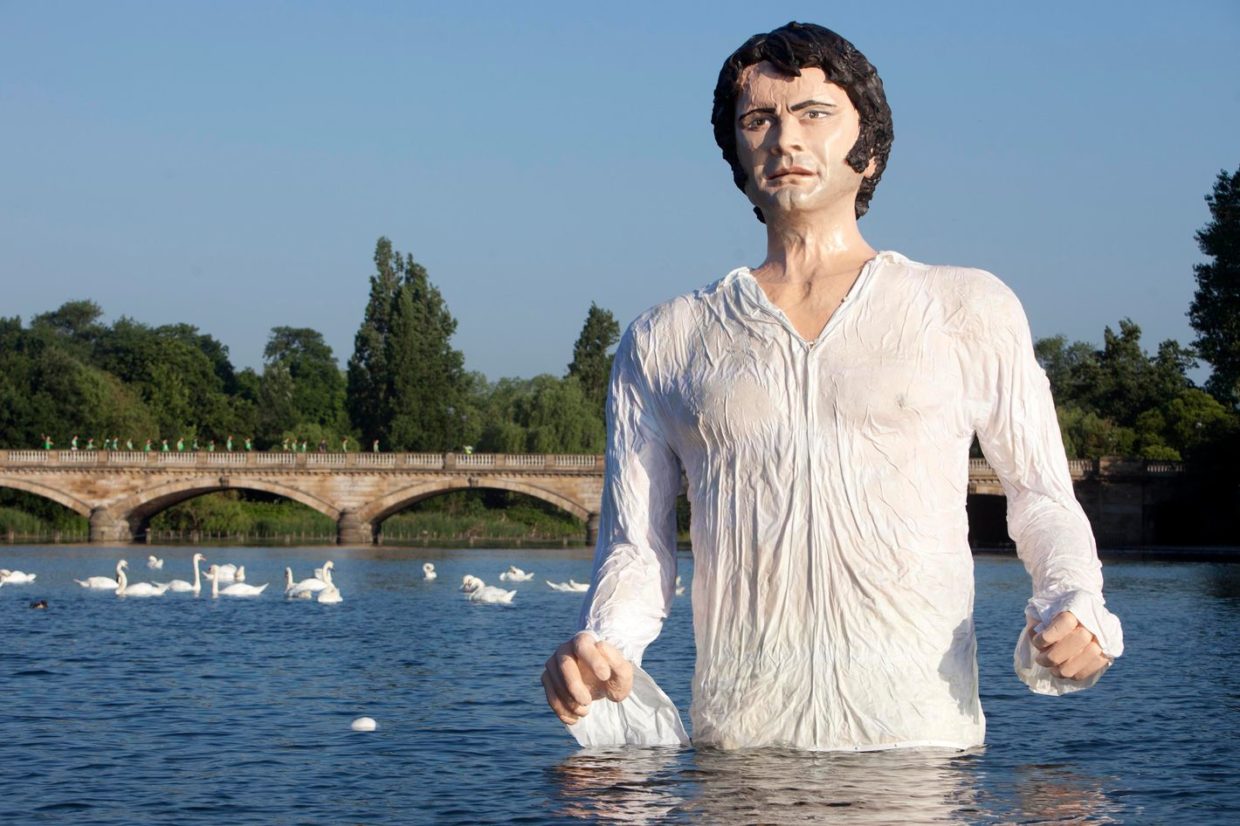 The very scene from whence this list gets its raison d’être was also famously immortalized in a 12-foot fiberglass form in London’s Hyde Park, before making a tour of local ponds and winding up in Lyme Park, Cheshire, where the scene was filmed. Unlike Colin Firth, who could win any wet t-shirt contest, the sculpture is not the least bit sexy. (What’s going on with the face?) It did, however, give . . . rise . . . to such hilarious headlines as “Giant Colin Firth Terrorizes London” and, rather more suggestively, “Huge Statue of Dripping Wet Colin Firth Erected in London Lake.” Points for effort, but there’s no denying that the look on his face says “let me die.”

OTP: He seems pretty at home with those swans. 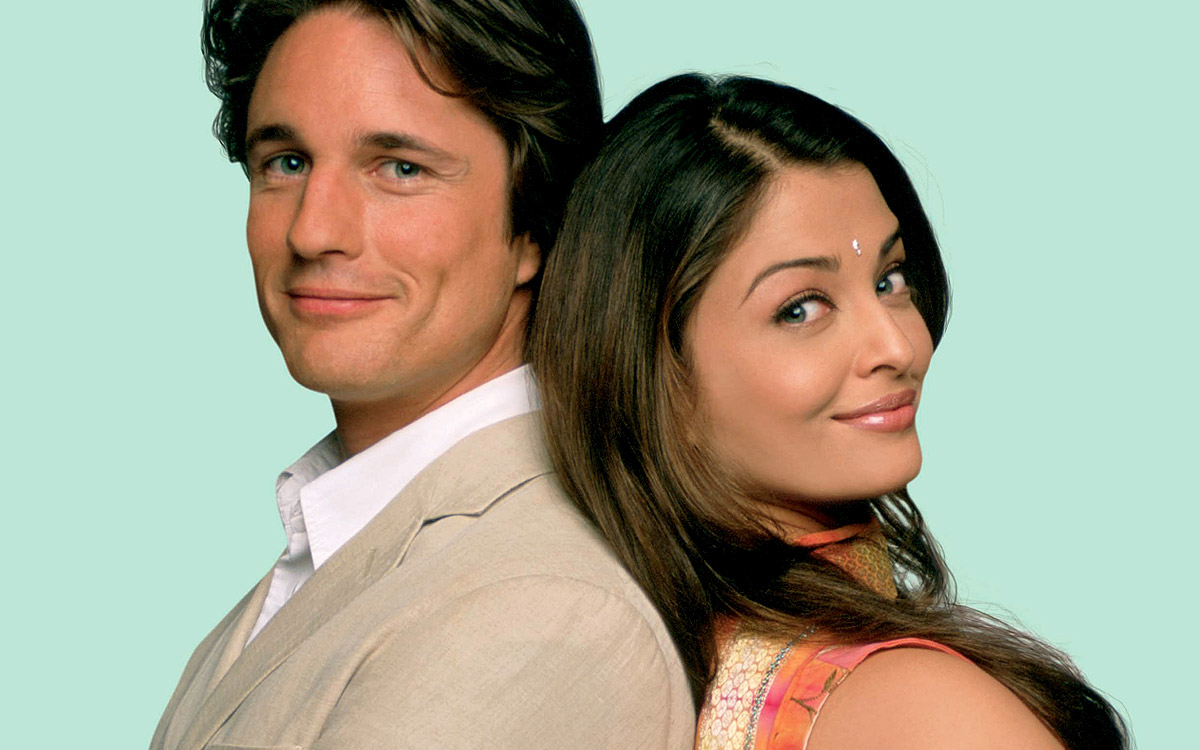 7. Martin Henderson as Will Darcy, Bride and Prejudice, 2004

Henderson’s looks are about as close as you can get to Ken Darcy . . . and so is his acting.

OTP: This is clearly the Lizzie Bennet for him. 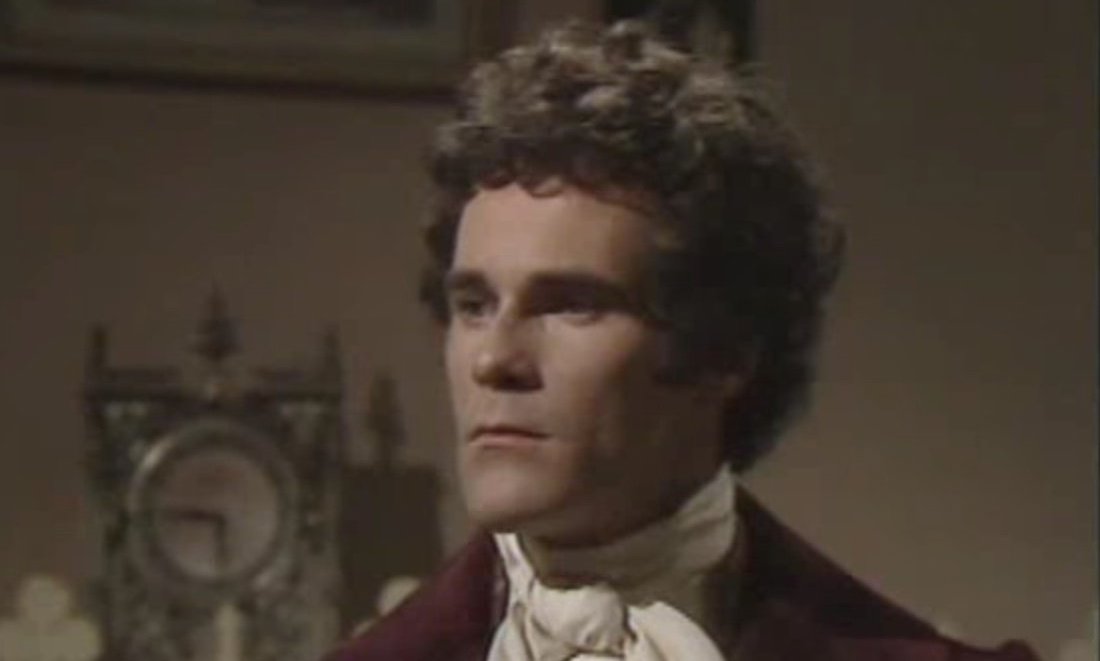 I’ll be honest with you: I’ve only seen clips of Rintoul’s Darcy, but he seems almost as stiff as Henderson. At least he has the starched shirts to go with it—though despite the period dress there is something unquestionably 80s about him.

OTP: Bone structure wise, I think Greer Garson is the Lizzie for him. Imagine the chins of their children! 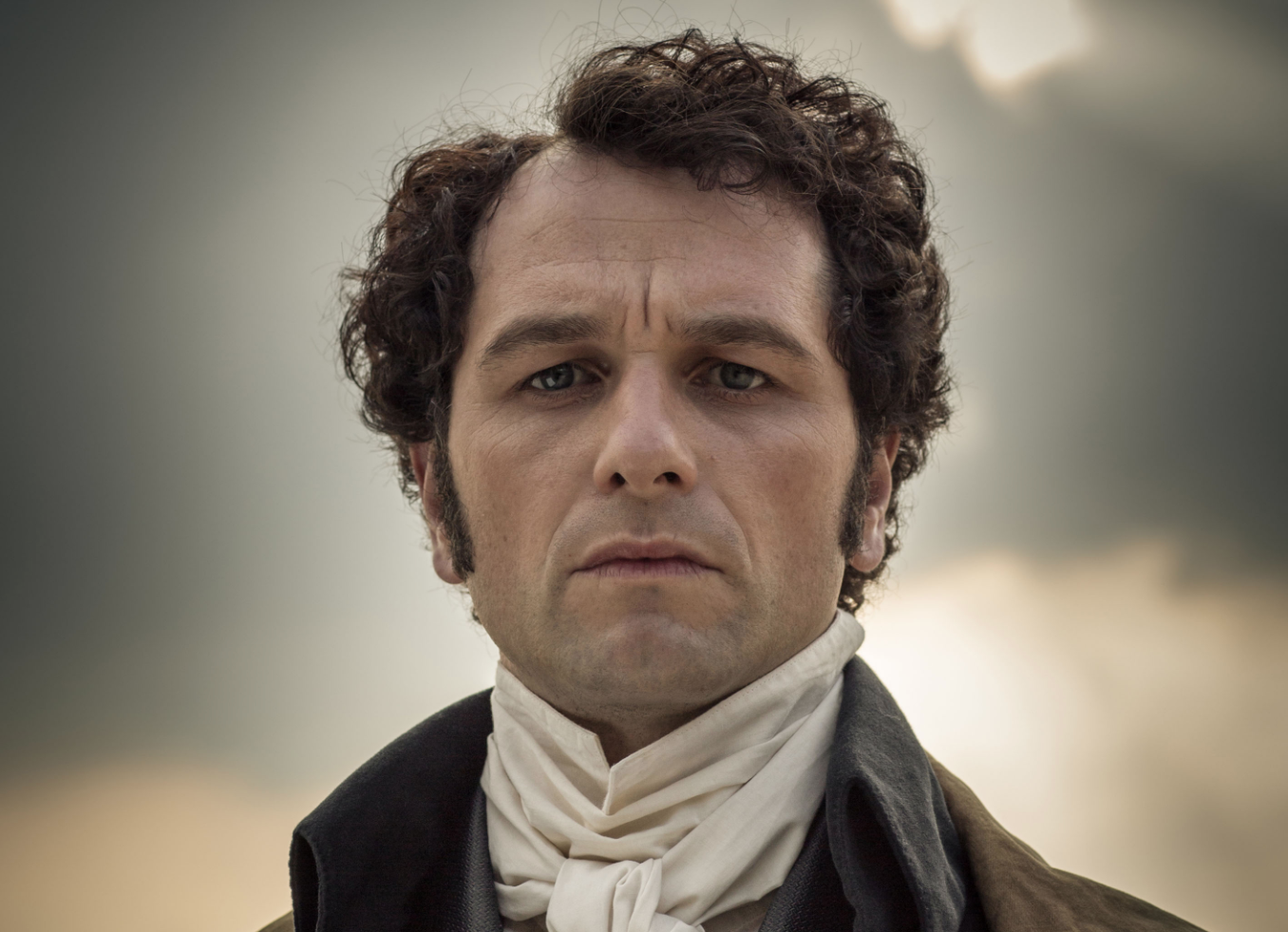 Matthew Rhys is kinda always good, in that nervous, swallowing way, but it’s hard to compare spin-offs to straight adaptations, mostly because you can’t compare them scene to scene. However, I will say that casting Matthew Goode as Wickham was really a mistake, because he rather overshadows, in terms of verve. And sex appeal. Still, there’s really not much to dislike about this series; it’s just relatively minor. 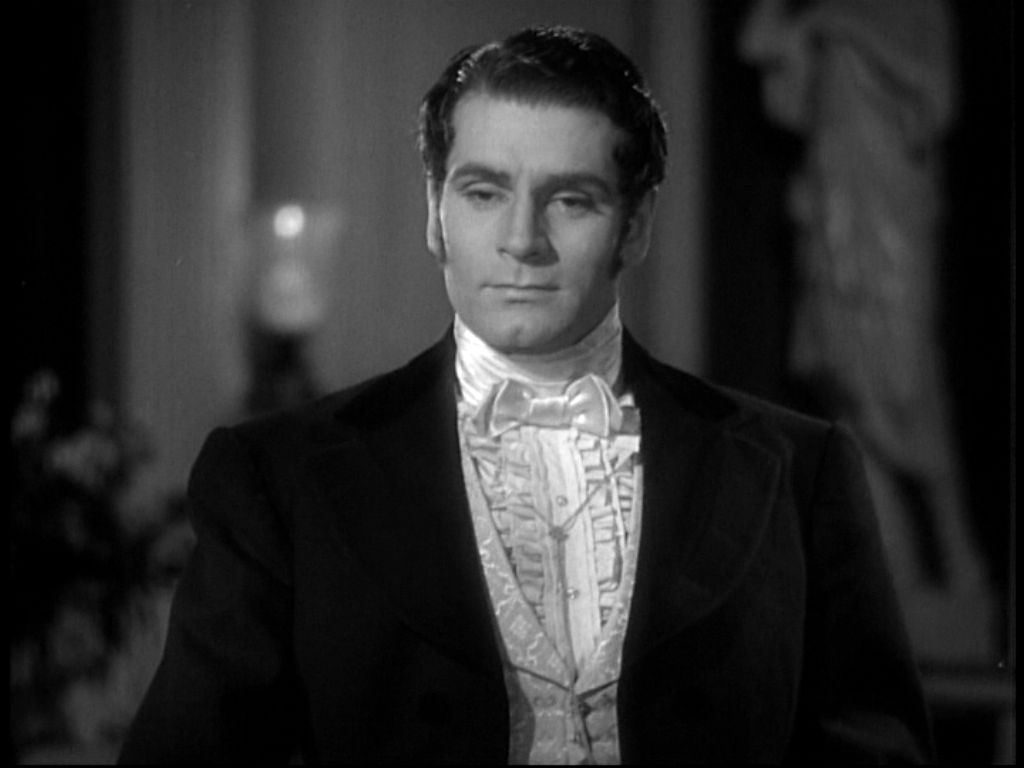 4. Laurence Olivier as Mr. Darcy in Pride and Prejudice, 1940

Olivier is extremely reliable, as actors go, and he’s a perfect, elegant snob as Darcy in the 1940 film, which was the gold standard adaptation until Firth came along in the 90s. I’m actually very fond of this version, particularly the archery scene, which like the lake scene, was imposed on the story by the filmmakers, to excellent effect.

OTP: Honestly, they should have let him cast Vivien Leigh, like he wanted. 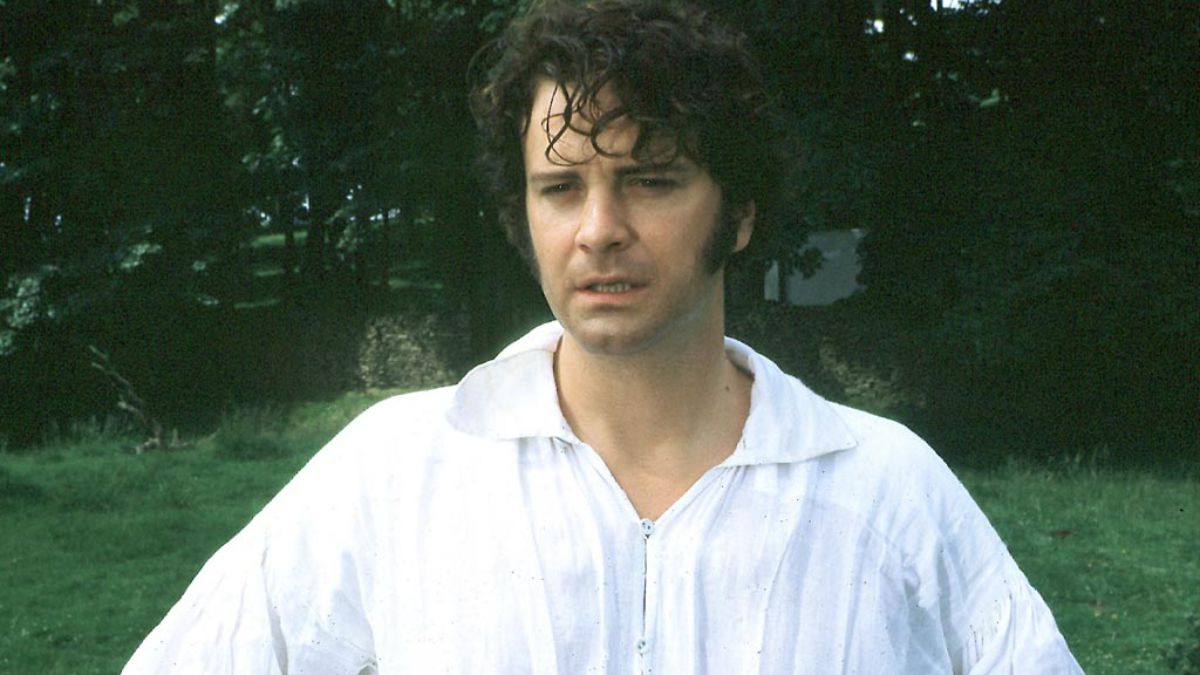 Look, I know Firth is the widely accepted Premiere Darcy, and I am breaking with ironclad tradition here. I also understand why. He’s dashing, inscrutable, and he looks great in green. Plus, you get so much more in a miniseries than you do in a feature film. (There’s an argument that this makes it not fair.) But for me, the choice is not really Firth or MacFadyen or Lake or Mist but Angry Mysterious Guy or Sad Mysterious Guy—so despite my fondness for Firth in all things, I have to rank his period Darcy below MacFadyen’s, the latter (sad mysterious) being my own preference, having myself dated primarily artists and filmmakers before marrying a writer. Plus, on second watching, the whole lake scene is actually . . . not that sexy. Go rewatch it and tell me I’m wrong.

OTP: I say, let Keira Knightley scare the pants off him. 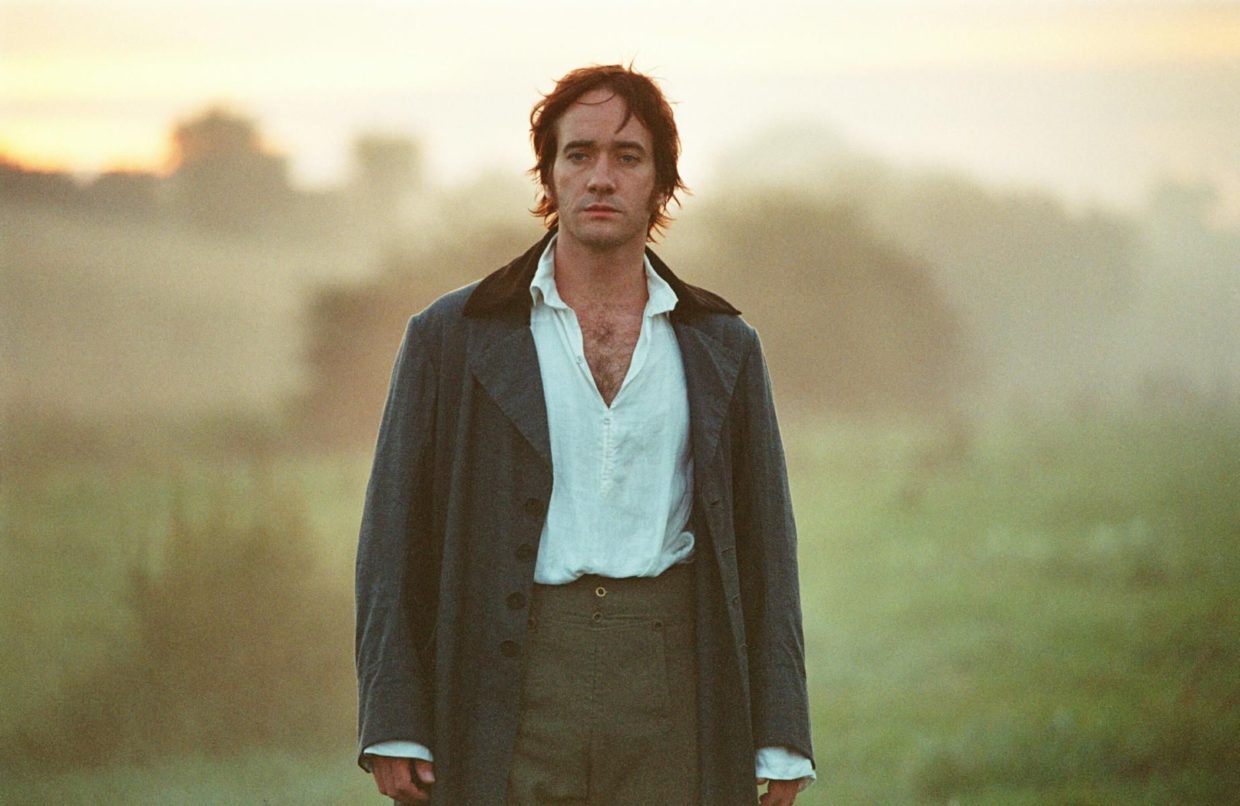 2. Matthew MacFadyen as Mr. Darcy in Pride and Prejudice, 2005

Look, there are Firth people and there are MacFadyen people, and I love them both. But while I have no particular love for Keira Knightley’s toothy Lizzie Bennet (indistinguishable from her Elizabeth Swann, might I add), MacFadyen transcends his own mullet to be the sexiest of all the Darcys, if not the most dynamic. The terrible “Mrs. Darcy” thing at the end nearly ruins it, but I’ll be looking past it. (For those of you just joining us . . . yes, that is Tom.)

OTP: Sorry, but the sexiest Mr. Darcy should be blessed with the most attractive Lizzie, and that is clearly Aishwarya Rai. 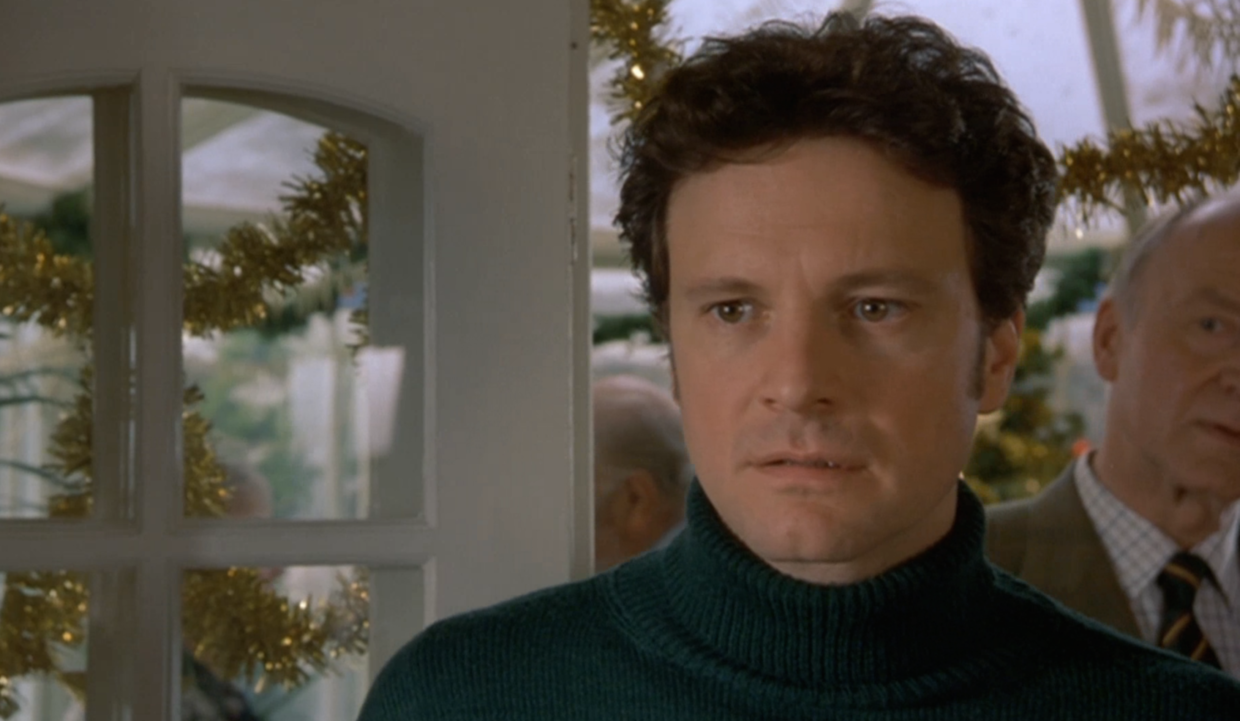 See, in the end you got Colin Firth at #1. I’m not a monster. Traditionalists will clutch their pearls, but it’s the age of turtlenecks, baby. Or at least it was, in 2001. Who knows what it’s the age of now. I think part of my love for this Mr. Darcy is that his Lizzie (ie Bridget Jones) is awkward enough to make his awkwardness (ie rudeness) a little more comprehensible, and dare I say, likable. 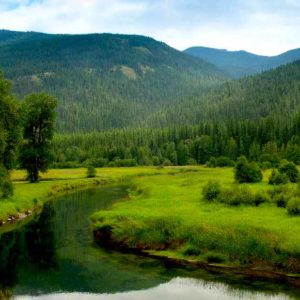 The explosive, continuous breath of fire that is recycling our drying-out forests in the American Southwest into the ash and smoke...
© LitHub
Back to top
Loading Comments...