The essay is a shape-shifter, a slippery and indefinable form. Just when you think you know what constitutes an essay, you’ll read one that changes your understanding. We learn how to write what we call essays in high school; we labor over the infamous “college essay” that is somehow supposed to encapsulate and convey who we are; we read essays in newspapers and magazines that shape our understanding of politics and culture and yet that we barely recognize them as essays—especially now, when our divided society has blurred the line between fact and opinion, we too often consider these pieces of writing news. We read personal essays so intimate that they make us gasp.

A poem, a novel, a play—these forms are elastic and ever evolving, but they aren’t perhaps quite as elusive as the essay. The term comes from the French, “essayer,” to attempt or try, which speaks against certainty. An essay is an attempt to say something. That, I think, is where I find the essays closest to my heart: in a space of uncertainty, trying. Formally, emotionally, intellectually, the most powerful essays serve, for me, the function of candles in the darkness: they light a path, but make no claim fully to clarify. An essay ideally operates on multiple levels, and says more than it appears to. It’s a form that enacts the struggle between abundant superfluity and clarifying order—the Dionysian and the Apollonian, as our college professors had it. I never want an essay to be too tidy—because then it isn’t life-like; it isn’t alive.

Each of the essays that comprise my collection, Kant’s Little Prussian Head and Other Reasons Why I Write, has its particular provenance: some are about my family, highly personal and written almost for myself; others were given publicly as speeches or commissioned by editors. Many are literary or art criticism, reflections on essays, novels, memoirs and artworks that have affected me profoundly. So, too, the essays by others that I most admire come in many shapes, address many subjects. 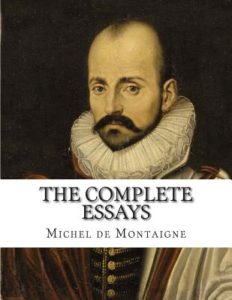 One might as well begin at the beginning. Michel de Montaigne coined the term—“essais” is what he called his writings, and these writings gave their name to the genre. Having retired from public life at the age of 38, he wrote three books of personal musings and revised and expanded them until his death in 1592. Ahead of his time, he sought to capture a portrait of himself—not his actions but his thoughts—and was chiefly interested in the relation of interiority to the outside world. Among his most famous essays are “On Boredom” and “On Vanity”—but he wrote about everything from cannibals to penises, and returned frequently to the specter of mortality. His voice is intimate, humorous and frank; his preoccupations haven’t dated. He speaks across the centuries with exhilarating intimacy. There’s no more thrilling essayist. 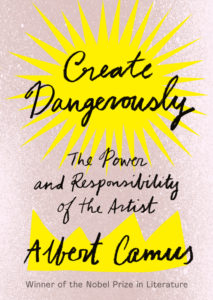 Like many people, I have a passion for Camus. It’s said that people mistakenly imagine that we actually know film stars; I imagine—perhaps mistakenly—that I actually know Camus. This may be in part because of our shared history—he, like my father and grandfather, was a pied-noir, a French colonial in Algeria of humble origins, who loved and yearned for the landscape of his childhood even as he understood the injustice of colonialism. But ultimately, it’s the work, and the workings of his mind. I admire so much that he wrote, and could suggest many of his essays as inspirations. But in this testing moment, I turn to the speech he gave in 1957 at Uppsala University, days after receiving the Nobel Prize. It has been recently re-translated by Sandra Smith, and published as a small book, the subtitle of which is “The Power and Responsibility of the Artist”(it was excerpted on Lit Hub last October). It’s an impassioned and clear-eyed call to writers to serve truth and justice, carefully to navigate the space between frivolity and propaganda. (Also, Edwidge Danticat has a wonderful book of essays with the same title, which I also love.) Intensely human, beautifully lucid, Camus is as much a writer for our times as he was for his own. 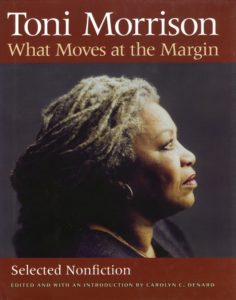 Toni Morrison, What Moves at the Margin
(University Press of Mississippi)

As with Camus, Toni Morrison’s oeuvre includes a wide range of powerful essays, collected in several volumes, any of which constitutes a persuasive case for the form. This collection includes pieces gathered over thirty years, between 1971 and 2002, and together they constitute a sort of artistic manifesto that might be summed up by these lines from “Rootedness: The Ancestor as Foundation” (1984): “If anything I do, in the way of writing novels (or whatever I write) isn’t about the village or the community or about you, then it is not about anything…It seems to me that the best art is political and you ought to be able to make it unquestionably political and irrevocably beautiful at the same time.” Whether addressing James Baldwin (“Jimmy, there is too much to think about you, and too much to feel”) or the American Writers Congress (“We don’t need any more writers as solitary heroes. We need a heroic writers’ movement”), Morrison’s ferocity and ardor resonate through these essays. Her words matter intensely, and she deploys them at once purposefully and beautifully. 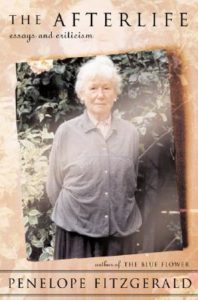 Those familiar with the novels of Penelope Fitzgerald—The Blue Flower is her masterpiece, but each fiction is glorious and epigrammatic, like a Persian miniature—will need no persuading to read her essays and criticism. But Fitzgerald, as reticent and private a figure as Morrison and Camus were public, is less well known, certainly in the United States, and woefully under-appreciated by all but a few. The essays in this collection expand upon sources of her inspiration—what she calls ‘Master-Spirits’—among them Jane Austen, George Eliot, William Morris and W.B. Yeats. Included also are memorable travel pieces and beautiful childhood reminiscences. Here, too, are a couple of Fitzgerald’s pieces about process—“Hearing them Speak”, about dialogue in fiction; and “How I Write: Daisy’s Interview”—that rank among the finest and most honest craft essays I know: witty, modest and truthful. For example: “Just as Napoleon, if he had ten minutes to spare, allowed himself to go to sleep for ten minutes exactly, so a woman, in my experience, can pick up her draft novel and go on with it, precisely until the telephone, the doorbell, the egg timer, or the alarm clock rings. Women adapt in a peculiar way to the battle against Time and Nature.” Indeed. 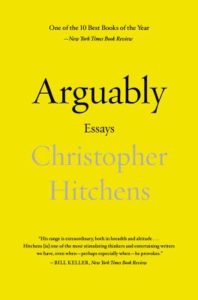 Once again, I feel a personal connection to this work, in part because Hitchens was a beloved and generous friend. When I read his sentences, I hear the rhythms of his actual voice, meticulous and ironic. A contrarian and provocateur, he would, were he still alive, have fallen cheerfully and pugnaciously afoul of all today’s laudable ideologies. He’d be persona non grata everywhere—and would have reveled in the fact. His stinging wit and sprawling erudition made his an irreplaceable voice, and many of his brilliant essays—on Anthony Powell, or Benazir Bhutto, or drinking—inspire as they delight. He would have been the ideal chronicler of these dark and corrupt Trump years: in a prescient 2008 essay entitled “America the Banana Republic”, written at the time of the financial crisis, he observed that “the chief principle of banana-ism is kleptocracy, whereby those in positions of influence use their time in office to maximize their own gains, always ensuring that any shortfall is made up by those unfortunates whose daily life involves earning money rather than making it. At all costs, therefore, the one principle that must not operate is the principle of accountability.” [p.94-5] Sound familiar? The essay makes abundantly clear that the kleptocratic party was already in full swing back then; no surprise then that it should so thoroughly have held sway during the last four years. Hitchens called it as he saw it, enraged all sides, and even as he discomfited, made us laugh—darkly and meaningfully—at ourselves. His essays are almost as good company as he was. 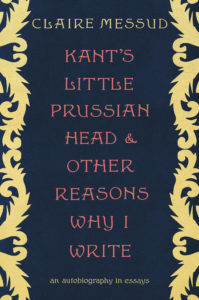 Claire Messud is the author of novels The Emperor's Children, The Woman Upstairs, and more. Her new novel, The Burning Girl, is available from W.W. Norton. She writes regularly for The New York Review of Books and teaches in the MFA program at Hunter College, CUNY. She lives in Cambridge, MA with her family.

Neither of Us Likes Parties: Lynn Strong and Rumaan Alam in Conversation 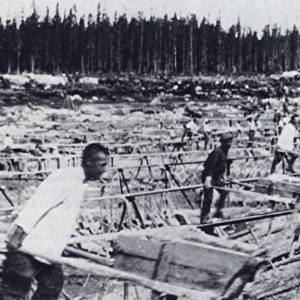 I had planned to travel to the Soviet Union long before the start of World War II. At the time, I was living in Łódź,...
© LitHub
Back to top
Loading Comments...