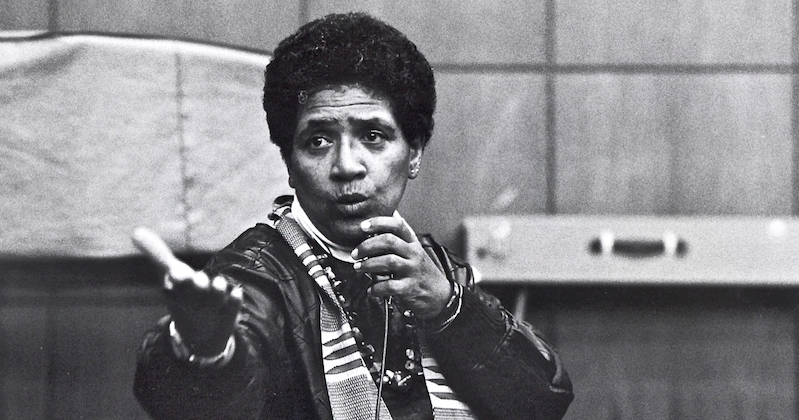 On Labor Day 1978, during a routine self-exam, Audre Lorde detected a lump in her right breast. From that initial discovery, to the eventual harrowing diagnosis of malignancy and the ensuing mastectomy, The Cancer Journals bears witness to Lorde’s radical reenvisioning of self, body, and society through the experience of illness, fear, pain, anger, and dawning clarity.

First published in 1980, The Cancer Journals moves between the intimate, unfiltered inner dialogue of journal entries like this one, from March 1st, 1979: “It is such an effort to find decent food in this place, not to just give up and eat the old poison”; and a reading of breast cancer and the industry that surrounds it through the lens of cultural criticism.

That is to say, Lorde moves deftly between an emphasis upon private survival and collective determination. If it was ever uncertain, this volume makes clear that even at its most intimate and vulnerable, Lorde’s work is a literature of conscience and revolution.

After her mastectomy, Lorde chose never to hide the fact of her missing breast. Repeatedly, she refused to wear the “wad of lambswool pressed into a pale pink breast-shaped pad” pushed upon her by nurses and medical counselors. And repeatedly, she was scolded for posing a threat to cancer patient “morale.”

Lorde’s response to this attitude—like her response to the challenges encountered throughout her life—begins in anger and ends in insight. In galvanizing and crystalline prose, she insists:

When Moishe Dayan, the Prime Minister of Israel, stands up in front of parliament or on TV with an eyepatch over his empty eye socket, nobody tells him to go get a glass eye, or that he is bad for the morale of the office. The world sees him as a warrior with an honorable wound, and a loss of a piece of himself which he has marked, and mourned, and moved beyond. And if you have trouble dealing with Moishe Dayan’s empty eye socket, everyone recognizes that it is your problem to solve, not his.

Well, women with breast cancer are warriors, also. I have been to war, and still am. So has every woman who had had one or both breasts amputated because of the cancer that is becoming the primary physical scourge of our time. For me, my scars are an honorable reminder that I may be a casualty in the cosmic war against radiation, animal fat, air pollution, McDonald’s hamburgers and Red Dye No. 2, but the fight is still going on, and I am still a part of it.

The Cancer Journals is many things. It is a source of comfort and encouragement for those of us living with the specter of breast cancer. It is also an invitation to compassion, fury, reflection, and action for all of us living in a world ravaged by myriad forms of violence, shot through by so many reminders of mortality. Reading these pages now, early in the year 2020, I am keenly aware that the threats Lorde defines—physical and psychic violence against bodies Black, female, queer, and otherwise marginalized—have not been vanquished.

On the contrary, we’ve seen these very same sources of annihilation, and these very same forces of invisibility, leveraged against a widening circle of outsiders. In light of this, I am inclined to regard The Cancer Journals as a guide to survival for the 21st-century body and soul.

In a journal entry from December 1978, Lorde asks, “What is there possibly left for us to be afraid of, after we have dealt face to face with death and not embraced it? Once I accept the existence of dying, as a life process, who can ever have power over me again?”

According to Lorde, poems don’t just deliver truth, they nudge something already alive within us into consciousness.

With her survivor’s mind, she interrogates the private implications of illness, the body, and mortality while also aligning her private me with a collective us. Confronted by stakes of life and death, I’m not sure how many writers—or how many human psyches—could make the leap from personal survival to the survival and flourishing of the collective. But Lorde could and she did.

If anything, the questions and urgencies driving her work before her diagnosis—How do we muster the faith, courage, and will to keep living and fighting? What does it mean to claim for ourselves a sense of wholeness and visibility when the world insists on us being hidden or disguised?—are catalyzed by her private, subjective journey through illness and recovery.

One of my earliest encounters with Lorde was through her 1977 essay, “Poetry Is Not a Luxury.” I recognized as familiar, and claimed as true, her description of poetry as a form of “illumination.” According to Lorde, poems don’t just deliver truth, they nudge something already alive within us into consciousness: “for it is through poetry that we give name to those ideas which are—until the poem—nameless and formless, about to be birthed, but already felt.”

Lorde’s view of poetry and the imagination clarified my own inclination to disappear, at times, into my own head. I wasn’t merely daydreaming or escaping from life, I was tapping into places “ancient and hidden” within myself. I was drawing upon “a vital necessity of our existence.” I still believe this to be the case.

And of course there is the world of Lorde’s poems. Poems that minister to fear while stirring the warrior within. Poems of exquisite tenderness and vulnerability that speak to us as if to a new lover, announcing:

my body
writes into your flesh
the poem
you make of me.

And poems of powerful woman-fury that promise action, revolution:

If you make me stone
I will bruise you.

Poems whose purpose is to shake us awake, and summon us to take part in the saving of our culture and ourselves.

It would surely be a failure on my part not to acknowledge, and underscore, the driving force of anger in Lorde’s work, which she herself describes as “the anger of exclusion, of unquestioned privilege, of racial distortions, of silence, ill-use, stereotyping, defensiveness, misnaming, betrayal, and co-optation” (from “The Uses of Anger: Women Responding to Racism”).

Of course anger, in the internet age, is ubiquitous. We rant at our opponents. We shout them down and clap them back. Doing so appeases us in the instant, though it does nothing to resolve the problems at the heart of our unrest. And so it is immensely valuable to witness Lorde, even in the throes of illness, modeling anger as a dynamic process, a source of growth and change.

The Cancer Journals is a road map to Lorde’s remarkable journey, an invitation to take part in the battle for all of our lives. 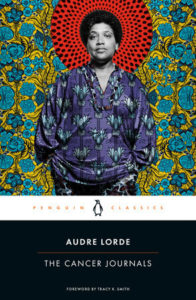 Excerpted from The Cancer Journals by Audre Lorde. Used with the permission of the publisher, Penguin Classics. Foreword copyright © 2020 by Tracy K. Smith.

Tracy K. Smith is a Pulitzer Prize-winning poet, memoirist, editor, translator and librettist. She served as the 22nd Poet Laureate of the United States from 2017-2019. Smith is the author of four poetry collections: Such Color: New and Selected Poems; Wade in the Water, which was awarded the 2018 Anisfield-Wolf Book Award; Life on Mars, which won the 2012 Pulitzer Prize; Duende, winner of the 2006 James Laughlin Award of the Academy of American Poets; and The Body’s Question, which received the 2003 Cave Canem Prize. Her memoir, Ordinary Light, was a finalist for the 2015 National Book Award in nonfiction. She is the co-translator (with Changtai Bi) of My Name Will Grow Wide Like a Tree: Selected Poems of Yi Lei, which was a finalist for the 2021 Griffin Poetry Prize.

How Does the Great Dolly Parton Write a Song? 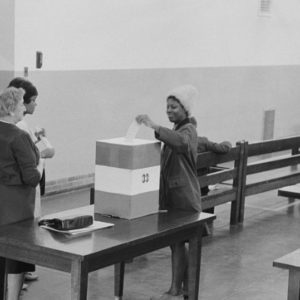