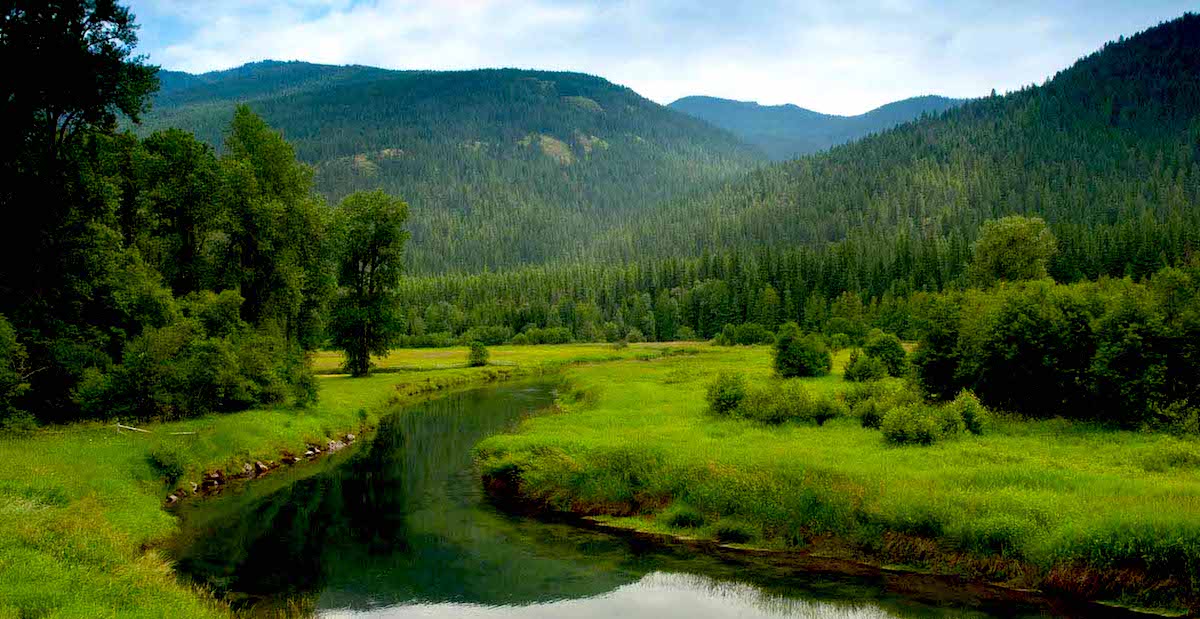 "In the farthest, most northern places, we can still make a stand against climate change."

The explosive, continuous breath of fire that is recycling our drying-out forests in the American Southwest into the ash and smoke we take into our lungs, our bodies, must burn, and will. There are ecosystems in the Southwest that are being re-made by the lathe of the great world turning, spinning ceaselessly. Oak and juniper ecosystems will revert to grasslands. Many pine forests in Idaho and Utah will soon be sage. What comes to America, it has been said, comes to California first. It’s heartbreaking for this first wave of ecological refugees—we have failed them, first and foremost with our failure to curb global warming: and for the refugees to be fleeing in a pandemic is doubly tragic. They need our full assistance, in every way possible.

And in this great burning, it makes those lands which are still green and wet all the more valuable, not just to humans, but to all life. I am sorry to report that under cover of all the smoke, there are regions where the US Forest Service (USFS)—the agency entrusted with caring for “the land and the people”—is instead engaged in a systemic, rapid liquidation of our healthiest, most ancient forests, far from communities, rather than focusing upon protecting overstocked forests closer to towns.

In the farthest, most northern places, we can still make a stand against climate change—we can still prepare. A handful of biological gardens of rich diversity—think of them as climate reserve arks—already exist; no new ark yet needs building. No better example exists than in the far northwestern corner of the Yaak Valley of Montana, up on the Canadian border. An ancient forest of old growth spruce and subalpine fir, along with remnant larch between 600 and 800 years old—a forest that sits atop the perched water table that is the US headwaters of the Yaak River—has large sections that have never burned. For nearly a millennium this forest has prospered untouched and unburned, due to the complexity and mystery of underlying hydrology and complicated, biologically diverse overstory.

In these few remaining ancient forests, which have survived the previous cycle of intense global warming (though not the scale we approach now) are clues to the survival of intricate specificities of healthy ecosystems, and—what matters most to Homo sapiens and so many other species—the retention of water.

Three years ago, during a very small (4,000-acre) and slow-moving fire far from any human habitation, up near the Canadian border, the Kootenai National Forest (KNF), however, built a 200-foot-wide miles-long fireline where no fire existed. They bulldozed an aridifying channel of heat and light into the old rainforest, far upwind of the fire, along the river’s edge of the old growth forest they planned to log anyway, despite the absence of an Environmental Impact Statement. In their then-nascent Black Ram project, they planned (and still plan) to liquidate with “regeneration harvests”—essentially clear-cuts in which every tree is sawed down, leaving only a few spindly “survivors” per acre, which then sun-scald or blow over.

In the farthest, most northern places, we can still make a stand against climate change—we can still prepare.

The damage they did to the old forest in the Yaak Valley with the so-called fireline—a gash to the forest’s just-beneath-the-surface artery of water—far exceeded anything a fire might have done. In their zeal to “fight” the fire, the USFS bulldozed living springs, living water in this magical garden where the valley’s clean water originates, filtered by the centuries, and by the shade of the giants. Prior to the fireline, springs used to trickle out of the hillsides, feeding small ponds surrounded by sedges and rushes. If it sounds Biblical, so be it.

I visited one of these springs at the edge of the old forest in the year following the initial gashing and witnessed a bounty of life such as I have not seen on any continent. The water roiled and rippled incessantly with the bounty of frogs, tadpoles, pollywogs and salamanders, so that the surface water seemed to be turning to living land. It seemed one could have walked across without wetting one’s feet.

In all the smoke and uproar, we sometimes forget these are our lands, not industry’s.

Two years later, that spring is dried-up, fossilized mudcracks. The death of a salamander, death of a species—leopard frogs, Coeur d’Alene salamanders, boreal toads—may seem irrelevant in the world we now inhabit. But corruption, waste should never be allowed to become irrelevant in a democracy, nor should theft from the great American treasury of our public lands.

This year, over five million acres of California, Oregon and Washington have burned, and dozens of people have died. What were once rivers of clean mountain water are now rivers of ash. What clear-cut, strategically placed in the complex heart of a distant, living forest, could have deflected, diverted, or in any way affected the thunderous tongue of climate change and the gale force winds that drove the fire across the land? None, of course. As the British Columbia-based Silva Foundation’s forester, Herb Hammond, reminds us, “Fire is driven not so much by fuel load as by weather.”

What we can do, while the hotter country burns, is focus vegetative management around people’s houses, not in the backcountry, and to strive also to protect the great lungs of our country, the northern tier of inland rainforests, which still offer some hope for sequestering carbon in the old spruce and subalpine fire forests, which can hold 80 percent more carbon in the soil than the drier pine forests. Places like the Yaak Valley—well, there is no place like the Yaak. That’s the point. It’s also on these public lands where scientific inquiry must return. Has it really been nearly a quarter of a century since the Chief of the Forest Service, Mike Dombeck, stressed the importance of public lands as the source of the West’s water, and the vital thread for every ecosystem in our public lands?

In all the smoke and uproar, we sometimes forget these are our lands, not industry’s. We can lose sight, in the world’s furor—a republic in economic, spiritual, physical and mental collapse—of the fact that in the West we still own vast gardens of power, light, and life. Chief Dombeck had it right—the vast majority of the West’s water supplies originate in the last roadless lands of our national forests. The frenzy of clearcutting and roadbuilding in the years that preceded his tenure, and which followed it, were and are a lit fuse to aridification, a road to lifeless moonscapes as the USFS races still to destroy the forests they claim to want to save. The KNF speaks now of “resilience”—clearcutting the old growth forests to save them—while the roads they carve into these old forests carry away the last of our water, out into the bright heat, and the vanishing.

Every year, about this time, I watch as the beautiful shining thread of the Yaak River struggles to braid itself around the bony mosaic of boulders, with the water level dropping lower and lower. I worry each year is the river’s last; that it will one day, and soon, run dry.

A century ago, a few miners swirled their pans around these fast waters, praying for gold. In reality, the gold was not in the microscopic flecks of mineral they worshipped, but in the pan itself, which they then cast out, a momentary glint of light before it evaporated on the dry soil.

Somewhere, in the fight against global warming, we have to make a stand. The Yaak Valley, in the far north, is as wise and sensible a place as can be found. There is much here to be found, much here still to be learned, if only we can keep the government from erasing it, and destroying the thing more valuable than timber or gold: our water.

Rick Bass, the author of 30 books, won the Story Prize for his collection For a Little While and was a finalist for the National Book Critics Circle Award for his memoir Why I Came West. His most recent book is Fortunate Son: Selected Essays from the Lone Star State. His work, which has appeared in The New Yorker, The Atlantic, Esquire, and The Paris Review, among many other publications, and has been anthologized numerous times in The Best American Short Stories, has also won multiple O. Henry Awards and Pushcart Prizes, as well as NEA and Guggenheim fellowships. Bass lives in Montana’s Yaak Valley, where he is a founding board member of the Yaak Valley Forest Council. 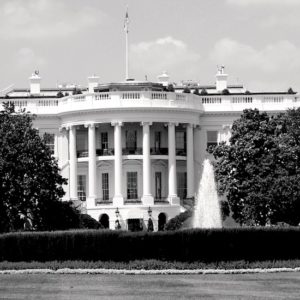 On May 28, 1975, then-Senator Joe Biden wrote a letter to Hannah Arendt. Dear Miss Arendt, I read in a recent article by Tom Wicker...
© LitHub
Back to top