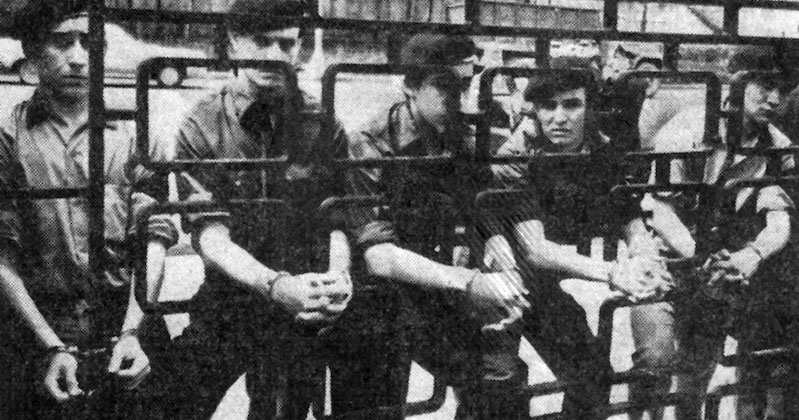 After a series of such editorials, the news director, un exiliado cubano himself, exits the radio station at the end of the work day. A young Latina who works in the same building seeks his help. It’s about a little boy she found on the street. He’s lost. No hay problema, says the news director. El manager del estudio contacta a la policía.

He walks to the abandoned lot next to the building, where he always parks his station wagon. He opens the driver’s door, WQBA 1140 AM decal on its white-lacquered surface. He gets in his car. He turns the ignition. It is at 7:17 pm that the explosive device detonates.

The young woman will tell the Miami Herald and all major news stations that she saw dark flames and smoke. That she tried opening the car door but that it was too hot. That through the car window, she saw the man, his eyes. That his eyes were full of pain. That he shook and shook his hands but said nothing.

A young Latino will tell the Miami Herald that while walking on Calle Ocho, the heart of Little Havana, he saw the hood of the station wagon hurled 100 feet in the air. That he rushed over. That blood was everywhere. That the man did not stop looking at him and at the young woman. That when the man spoke, he said, No puedo moverme. That he said, ¡Sácame! and that together, he and the young woman tried to get him out but the door was jammed. They grabbed him by the belt, then tried to pull him up by the leg. But the leg, both legs, were severed below the knee.

Later, the boy will say that he spoke of his father as if in the past because he thought his father was dead.

When finally they got him out and the man saw his legs, he tried to get up. He pounded the pavement with his fists. There was mention of his bleeding to death. Efforts were made to stop the bleeding, but the bleeding would not stop. Firemen put the man into a shock suit. The shock suit would force blood into his vital organs, thereby preventing the news director from lapsing into shock.

At the hospital, the news director’s 15-year-old son will talk to the Miami Herald and City of Miami police. The wife and younger children will stare straight ahead. My dad kept getting threats, the boy will say. Cállate, the callers would say. Shut up about the bombings. O te asesinamos.

My father felt it was his right to speak. He took precautions but wasn’t afraid. Later, the boy will say that he spoke of his father as if in the past because he thought his father was dead. A City of Miami detective assigned to the case will receive authorization to reveal the following: The victim has been the target of many threats for the past several months after his editorials on his radio show, Habla El Pueblo, against terrorists here in this town. His radio show, The People Speak. Here, in this town.

The threats came, were coming still from several paramilitary terrorist organizations run by a few select members of el exilio trained by the Central Intelligence Agency. Some trained while still in the homeland. Others trained in Central America. All were—are—indefatigable fighters for la causa cubana, indefatigably fighting to return to the homeland to the same kind of freedom they enjoyed pre-Fidel. Antes De: AD—that’s the joke. Or BC, Before Castro. That’s the other joke.

Like his bombers, the victim was a fierce anticommunist fighting for la causa cubana. Like the rest of us, he’d left the homeland shortly after the January 1st, 1959, rise of the revolution. He too was fighting to bring freedom to Cuba, the same kind of freedom it is said we enjoyed BC. But unlike his bombers, the victim thought that the way to return to the homeland was not through terrorism and violence. And he spoke out.

Despite the indictments, the three suspects will never be arrested or prosecuted.

The victim alerted the authorities immediately upon receipt of the first death threat. City of Miami police then put a watch over his home. The children were instructed not to answer the telephone, open mail or packages.

It won’t take much of an investigation to determine that the bomb was planted under the hood of the victim’s car during daylight hours in the heart of Little Havana. Nor that the victim had driven the station wagon home during lunch to eat un sándwich Cuban or maybe una medianoche with his wife.

No one at the press conference will ask the detective why Miami police did not put a watch over the radio station where the victim broadcast his editorials that led to the death threats, to the bombing, and though not to his death, to the loss of both his legs and to eleven surgeries in five months.

Prosecutors, however, will convene weekly. A federal grand jury will be called. Witness testimony will point to three male suspects, members of the paramilitary exile group, Omega 7, facing extradition to Mexico for the attempted kidnapping of a Cuban diplomat. A few hours before the five-year statute of limitations will expire, the US attorney will manage to obtain a four-count indictment against the three suspects.

La Cubanísima will make known the plight of the three suspects. Other exile radio stations, television programs, and newspapers will follow suit. El exilio will set up a defense fund. Donations will pour in at breakneck speed. Despite the indictments, the three suspects will never be arrested or prosecuted. For reasons that remain unknown, the incoming US attorney, appointed by newly elected president Ronald Reagan, will dismiss the indictments against all three. 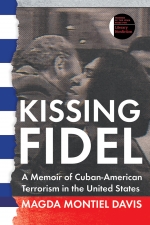 Excerpted from Kissing Fidel. Used with the permission of the publisher, University of Iowa Press. Copyright © 2020 by Magda Montiel Davis.

Jason Diamond on Suburban Sprawl, AKA Attack of the Blob 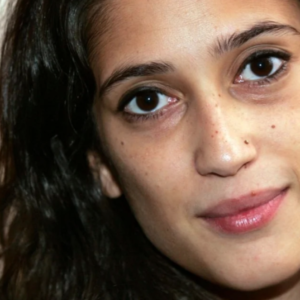