TODAY: In 1933  Joseph Stalin orders the NKVD to “preserve but isolate” Osip Mandelstam, after having been informed of the “Stalin Epigram”; Mandelstam is then arrested. A protest by literary figures, including Anna Akhmatova and Boris Pasternak, prompts Stalin to declare that he might “review the case” (he never will).

Lydia Millet talks to Kristen Iversen about end times, smug liberals, and good teens • How will restaurants reinvent themselves post-lockdown? • On the unlikely optimism of Viktor Frankl • Amanda Craig on why children’s books make good companions in a crisis • Wayne Koestenbaum considers incense, Irish Spring, and a few other smells • Part two of Maya Alexandri’s diary of an EMT on the front lines of a pandemic • Esther Kim talks to Immanuel Kim, translator of Friend, the first state-approved North Korean novel in English • Samantha Harvey on grappling with insomnia and reckoning with the past • “How many drawings will there be? God knows.” How Edward Carey is passing the time • Reckoning with the career of Isaac Asimov, sci-fi giant and serial sexual harasser • Joseph Brodsky on glimpsing the jazz, jeans, and movie stars of America • Maria Reva recommends surreal books for surreal times • How elephant matriarchs gain power as they age • Round eight of our personalized quarantine book recommendations • David Kamp on the radical creators of Sesame Street • David Farrier on the coronavirus and the limits of our metaphors for illness • Why do some writers burn their work? Alex George investigates • Richard Lopez on the potency of single-syllable slurs

Olivia Rutigliano on the 45 best sidekicks in detective fiction, ranked • Lisa Levy recommends five psychological thrillers out this May • Mary Keliikoa celebrates the hardest working moms in mystery fiction • S.L. Huang asks, what makes a book more thriller than sci-fi? • Francine Matthews invites you to enjoy these cozy, salt-streaked mysteries from New England’s cape and islands • Author and ER physician Daniel Kalla reflects on two converging crises: Covid-19 and the opioid epidemic • Tracy O’Neill on the domestic lives of those who spy • “We Georgians have a few things to offer to ease the pain—or at least the boredom.” Brian Panowich on the crime writers of Georgia • Scott Turow on Kindle County, Sandy Stern, and a life in fiction • Before there was Jessica Fletcher, there were the Snoop Sisters 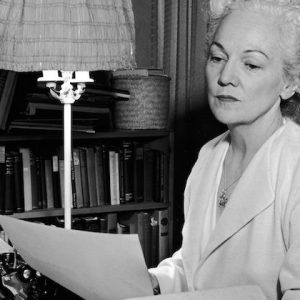 "I resisted. I would not die. I could not." Katherine Anne Porter—the Pulitzer Prize- and National Book Award-winning...
© LitHub
Back to top