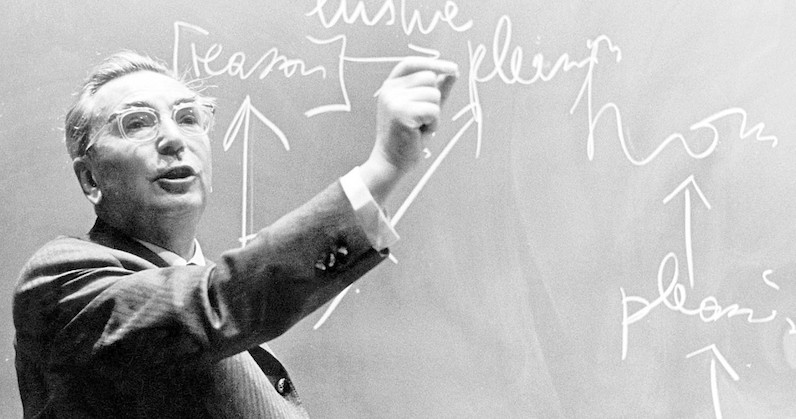 The Concentration Camp Survivor Advocated a New Kind of Therapy

In Vienna the war ended on April 13th, 1945. Two weeks later, the day of liberation came for the concentration camp inmate Viktor Frankl. But it would still take until August before he could return to Vienna, where the most dreadful news awaited him. His despair and his struggle for the strength to go on living are evident in the harrowing letters he wrote to relatives and friends in the first weeks after his return home.

Frankl plunged into his work, and rarely has the use of this phrase been more apposite. He took over the management of the neurological department of the Vienna Policlinic; in just a few months he wrote two books; at the adult education college in Ottakring, with which he had been closely connected since the 1930s, he held a series of lectures in autumn 1945 entitled “The Mentally Ill Person”; he commented on issues of the day regarding politics, society, and culture in numerous newspaper articles and in public discussions.

In his journalistic fervor, he met an audience that was intellectually and culturally starved after the years of war and the mental

narrowness of the Nazi regime. Thus, in a time when there was disorientation and a lack of guidance, he became a sought-after discussion partner in public forums, as well as in medical and philosophical circles. His topics were guilt and responsibility—surely a topic for the times!—covering fear of life, everyday ethics, and, repeatedly, the confrontation with the inhumane ideologies of the recent past.

First and foremost, however, Frankl was always concerned with psychotherapy, both for the individual patient and at a collective level. The course directory of the adult education college at Ottakring for the 1946 summer semester contains the following entry:

On the day the course started, Frankl published a newspaper article, “Vienna and Psychiatric Care.” At the end of the article, he states:

But in Vienna, the spirit of psychotherapy is still alive, and in spite of everything, and hopefully as soon as possible, we can expect that Vienna, the birthplace of psychiatric healing, will also be the site of its rebirth. The rebirth of a psychotherapy that is aware of its role

in society—especially in times of internal and external distress—and of its responsibility to a world that is waiting for both spiritual and material rebuilding.

On the basis of the Ottakring lecture series Frankl wrote the book Say Yes to Life in Spite of Everything/ Three Lectures. In September 1945 he writes to his friends Wilhelm and Stepha Börner:

I am unspeakably tired, unspeakably sad, unspeakably lonely In the camp, you really believed you  had reached the low point of life—and then, when you came back, you were forced to see that things had not lasted, everything that had sustained you had been destroyed, that at the time when you had become human again, you could sink even deeper into an even more bottomless suffering.

Maybe there is nothing else left but to weep a little and to search through the Psalms. Maybe you will laugh at me, maybe you will be angry with me; but I do not contradict myself in the least; I take back nothing of my old affirmation of life

when I experience the things I have described. On the contrary: if I had not had this rock-solid positive attitude to life, what would have become of me during these weeks, indeed those months in the concentration camp? But I see things in another dimension now. Increasingly, I realize that life is so infinitely meaningful that even in suffering and even in failure there still has to be a meaning.

This deep respect for life always included the lives of others. As early as 1928, when still a medical student, Frankl had, with great personal commitment, set up youth counseling centers, which, above all, sought to prevent suicides among young people. Suicides became especially frequent at the time of year when school or college reports were issued; in fact, through the Report Action movement initiated by him, there was not a single student suicide in the summer of 1931. And even at that time he was convincingly describing the role of the meaning of life in connection with precautions against suicide:

For even if the spiritual causes of suicides are so different, the mental background is the lack of belief in a meaning to life. The person committing suicide not only lacks the courage to live, but also lacks humility before life. Only when a new morality replaces our new objectivity, only when the value of every human life is once again recognized as unique and incomparable, only then will mankind have the necessary mental hold to overcome spiritual crises.

So again and again there is this belief in the meaning of life—even in the face of the suffering that is actually inherent in human life. The meaning of suffering was already laid out in a 1938 publication in which he spoke for the first time of the three categories of value: that is, creative, experiential, and attitudinal values. But it is precisely the latter—the courageous and exemplary way of dealing with irremediable suffering—to which he attributes the highest rank. And so he says in the first part,

Either we change our fate, if possible, or we willingly accept it, if necessary.

Such considerations were certainly not a mere academic game in those days, but a specific aid for living and surviving. Indeed, who had not suffered physical or spiritual damage from that great catastrophe? And Frankl himself—had he not lost everything that had been dear to him?

But he had found a way back into life, into a life that, in spite of everything, was still full of possibilities for meaning that needed to be realized. And with his publications and lectures he wanted to lead others to this way, to encourage them to find their own way out of the misery of the past years—even in the face of a still quite precarious present.

Frankl did not first develop his ideas about the meaning of life as a resource in the concentration camp—as is sometimes reported. His book Ärztliche Seelsorge (The Doctor and the Soul), in which he had definitively formulated his theory on the human orientation toward meaning, had indeed existed in manuscript form since 1941. In fact, he carried this manuscript with him during his deportation, still hoping that he would be able to publish it one day. As he writes in his memoirs, he eventually had to discard his coat with the manuscript sewn in the lining.

In the camps, however, he was able to observe that even in those extreme situations of the most bitter privation and profound degradation, all the ideas remained valid that he had already perceived and systematically described in his work as a youth counselor and psychiatrist. It turned out, in fact, that those camp inmates who still recognized or at least hoped for a meaning in life were the most likely to find the strength to continue living, or finally to survive. Last but not least, that was also true of himself: what kept him alive was only the hope of seeing at least some of his loved ones again and bringing the completed draft of his book to publication.

In the summer of 1946, Frankl presented these insights, analyses, and encouragements to his audience in his lectures—with rhetorical verve, scientific acuteness, and the legitimation of someone who had experienced the enduring value of his hypotheses in his own body,

his own soul. He published the most important and generally valid parts of the lecture cycle in book form in the same year. The numerous detailed discussions and reviews of this little book in newspapers, cultural and professional journals, and on the radio are a testament to how accurately he had hit the nerve of the time. 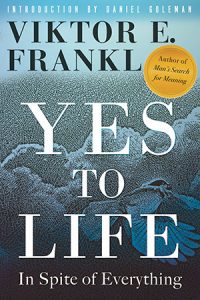 Adapted excerpt from Yes to Life: In Spite of Everything by Viktor Frankl. Copyright 2020. Excerpted with permission by Beacon Press.

Dr. Franz Vesely is a university professor in physics. Since the death of his father-in-law, Viktor Frankl, he has managed Frankl’s author’s rights. As director of the Viktor Frankl Archive, he manages the representation of Frankl’s extensive legacy. He is a co-founder and board member of the scientific society the Viktor Frankl Institute.

How Will Restaurants Reinvent Themselves Post-Lockdown? 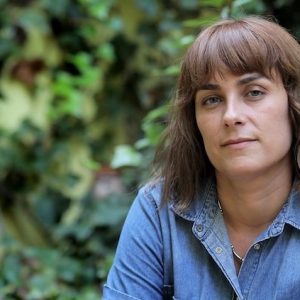 Sara Mesa is the author of nine works of fiction, including Scar (winner of Spain’s Ojo Crítico Prize and published in English...
© LitHub
Back to top
Loading Comments...