Reflections on Racist Language, From the Schoolyard to the Kitchen

The first time someone called me a spic was during recess or after school in the playground or in the park across the street from my house. I was in shirtsleeves and it was hot or I had on a heavy winter coat with a ski hat and gloves and boots because it had snowed overnight and we could see our breath in the frigid winter cold.

I like the thought of the word spic hanging frozen in the air, the vapors of which are exhaled and linger for an unnatural period of time, like in a Saturday morning cartoon, until they disappear.

That’s how I’ve experienced most of what’s happened to me, from childhood on, as a series of vapors, exhalations, and disappearances.

Back when children wore snowsuits in such weather, the ones that had the mittens tied into the sleeves, the winters were majestic all over New York. There were blizzards every other weekend and the drifts would bury the cars parked in the streets and the trees lining the sidewalks. It seemed as if we would never see the cars again and if school ever did reopen we’d have to use wooden tennis rackets as makeshift snowshoes to get there.

We took photographs and when I say we I mean my mother and father took photographs of the cars, of my sister and me, all buried and content and whited out on our lawn outside of our Levitt house in the middle of a particularly conservative and culturally bankrupt part of the country known as Long Island.

One wouldn’t think of this as a realistic setting where one person calls another a spic for the first time. One imagines a brilliant sun and blaring heat, people sweating and wearing mirrored sunglasses and sandals instead of ski hats and waterproof boots.

Racists are a creative and prolific people.

My sister and I would go out to the backyard and build snow forts. We did this in matching snowsuits, designed to keep us safe and dry and warm, which were bulky and ridiculous and didn’t allow for any sort of athletic maneuver. You couldn’t fight in them, for instance, but you could build a fort and after the fort was built you could build another fort right next to it.

I have no memory of what, if anything, we did inside the forts.

The first time someone called me a spic I was six or nine or eleven years old.

The last time someone called me a spic was probably in high school and most likely a term of endearment.

I don’t think my sister was ever called a spic, regardless of the weather.

I’m sure she was called other things, but none of them ethnically motivated. I remember her friends used to call her Coco for Coco Lopez, which is a Puerto Rican coconut product used in many popular drinks.

I don’t think girls were called spics in the 1980s. Maybe they never were.

Now when it snows I stay inside. Maybe I look out the window, but I wait for the city to plow the streets and for the superintendents to shovel the sidewalks before I venture out into the world unless it is absolutely necessary, unless I have no choice and it’s about food or the possibility of tennis or sex.

I never play in the snow, stopped all that around the age of eight. I hear stories of grown people sledding in the park or cross-country skiing after a blizzard, building snow structures and the like.

I remember once a woman I dated expressed consternation when I didn’t throw a snowball at her after she pelted me with one while we were out walking one winter’s day. She accused me of having no fun.

Now I like it best when I go on the Pratt or New School or Columbia website and they say that all classes are canceled.

I don’t do anything special or especially productive with this unexpected day off and it isn’t as if I don’t like my job, but it still feels like a get out of jail free card.

I’ll stay inside for days until order is restored, until it stops snowing and the wind isn’t a constant assault.

I do the same thing during a heat wave unless it is absolutely necessary that I play tennis, which it often is but only sometimes during the heat of the day. Most often I try to play after the sun begins to hide behind the trees and I can play in shadows.

All of this amounts to staying safe, cocooned and comfortable, and away from the outside world and all of the dangers therein and thereupon.

The world is none of my business sometimes.

Inside I have countless books and cable television and a vast library of music, two air conditioners and two guitars and there are even people to bring me food whenever I’m hungry. All I have to do is sign on and order up, tip the Mexican or Guatemalan two or three dollars.

Inside a snow fort on Long Island, inside an apartment building in Clinton Hill, Brooklyn, we remain safe.

We remain safe from efforts starting eighty years ago in other parts of Brooklyn and parts of the Bronx, when my parents’ parents were desperate to have their children accepted as Americans. Speaking only English at home and everywhere else, no discernible trace of an accent.

The world is none of my business sometimes.

In high school, some of us had taken to calling each other by such epithets as spic or chink or kike or wop. I don’t recall ever addressing anyone this way, but maybe I did or probably I did or surely I did.

I definitely referred to myself that way, as a spic, and thought myself clever to have coined a term, spicguinea, to capture the entirety of my ethnic makeup.

In a collection of racial or ethnic epithets spic is what and where? It doesn’t sound like an insult, like it can be injurious. Perhaps because it sounds like slick, which, like countless other words, can be insulting or a compliment.

One does notice on this list of monosyllabic slurs garnered from Wikipedia’s page devoted to ethnic and racial epithets that there are quite a lot reserved for black people.

Racists are a creative and prolific people.

Most of the words are ridiculous and some do sound worse than others and at the same time there’s twigs and rocks so I don’t know where that leaves anyone.

None are as taboo or as lacerating or satisfying to say as cunt, which is all about the acoustics and has nothing to do with meaning or origin, to my way of thinking.

Fuck works the same way. Aside from its versatility, it is satisfying to say out loud.

Probably both fuck and cunt are enjoyable to say out loud because of a shared Germanic heritage. Perhaps it’s about white supremacy over curse words.

I used to describe myself as half Puerto Rican and half Italian and half Cuban and half Spanish. I called it the new math.

Of course it wasn’t true, those percentages. But saying one was a quarter or eighth or some other tiny fraction of anything always felt stupid to me.

Which is akin to being classified as a quadroon or octoroon, which was also ridiculous and awful.

Some terms for quadroons in Latin America are morisco or chino.

In the ’90s I worked at an Italian restaurant on Long Island as a waiter and, like in many restaurants in New York both then and now, Latinos staffed the kitchen. One such line cook was referred to as Chino. That’s what everyone called him and that’s what I called him. I have no idea what his given name was, perhaps it was Roberto or Jesus.

You can imagine why he was called Chino.

The term mulatto was used to designate a person who was biracial, with one  pure black parent and one pure white parent, or a person whose parents are both mulatto. In some cases, it was used as a general term, for instance on US census classifications, to refer to all persons of mixed race, without regard for proportion of ancestries.

The US Government used quadroon and octoroon, etc., as distinctions in laws regarding rights and restrictions.

The only math I did as a teenager was the calculation of batting averages and earned run averages, the probability of drawing to an inside straight, now known as a gut-shot straight, which you should never attempt. 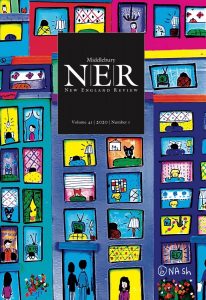 From “Coming from Nowhere” from New England Review. Reprinted with permission of the publisher.

Robert Lopez is the author of two novels, Part of the World and Kamby Bolongo Mean River, and two story collections, Asunder and Good People. He teaches at The New School, Pratt Institute, Columbia University, and the Solstice MFA Program of Pine Manor College. He lives in Brooklyn, New York. 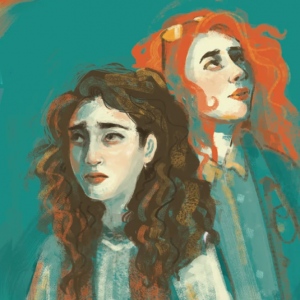 Some months’ searches are richer than others. I wish this list allowed me to cover 15 to 20 books, because I want to make...
© LitHub
Back to top
Loading Comments...