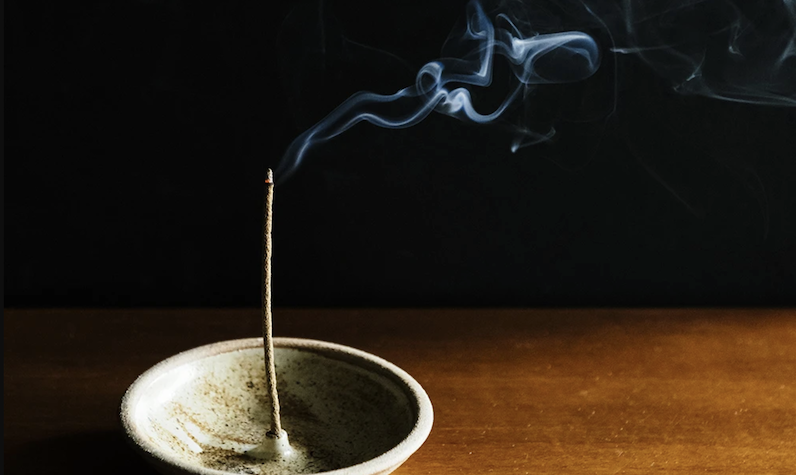 (And, Also, How Montaigne's Ideas Have Left Their Mark)

. . . my mustache, which is thick, performs that service. If I bring my gloves or my handkerchief near it, the smell will stay there a whole day.

I told my boyfriend, “Smell this paper.” Customers came to our apartment to drop off handwritten manuscripts, which I converted, via my IBM Selectric, into presentability. One client’s pages—untyped rough drafts— stank of Stilton and Sobranies. I wanted my boyfriend to smell the paper, its malodorousness a freak show. He said, “No! Please! Don’t make me!” He ran away. I was behaving like Klaus Kinski in Nosferatu: agent of olfactory torture.

Blindness: I smelled it in a pine cabin where a blind flutist lived. I was her accompanist. That summer, I attempted masculinity by using Irish Spring soap. A trumpet player with hairy armpits (I idolized him) also used Irish Spring: he looked like John Davidson (costar of The Happiest Millionaire) crossed with Roger Federer. Throw in Franco Nero, who, in Camelot, had roundelay hair: a shag, songful and circular.

Montaigne mentions perfume. I’m trying to cultivate distractibility, to fray the edges of consecutive thought. Smell is a highway for destroying punitive logic-rivets. Travel the Smell Highway to leave behind your ideas.

The blindness nebula of the piney cabin, amid redwoods: the cabin’s boards—if indeed they were pine—smelled flat, hard, tonic, like The Bad Seed. And there I arrived, with my salubrious, cheeky Irish Spring, as if with Franco Nero’s Lancelot urge to triangulate, to pierce, to flash monogamy-defying curls.

Incense, you were packaged in triangles, gray or umber, which slowly turned to ash. Incense, you resembled canned pet food, resistant to the human mouth. Incense, in your solid form, unburnt, you were like tropical-fish food, or doggie biscuits, or human throat lozenges (Sucrets?) that were not candy but medicine—a distinction that my mother preached and that I still practice. Civilization depends on these rivalries. Candy versus medicine. Raw versus cooked. Men’s bathrooms versus women’s. The stink of a corpse versus the sweetness of perfume: Absynthe, by Christian Lacroix. I appear to be waging a holy war between perfume and death.

I ran away from home—at seven years old—and sought shelter in a Safeway supermarket. I stole a roll of Certs: nourishment for the prodigal. Upon my return home, my father served me Campbell’s tomato soup, which smells indelibly flat, like blindness in cabins. Tomato soup’s cardboard odor doesn’t tremble into a Debussy-style cloud. Certain pale reds—as they edge toward pink—are horizontal smells, like underripe members of the nightshade family.

My great-aunt Alice worked as accountant at a tomato-canning factory. At a workday’s end, we picked her up—in our buttermilk Rambler—from the factory. Hello to Tante Alice, as she emerges at dusk, like cigarette girls in Carmen’s Seville. By the factory doorway, the tomato odor blooms in its flattest guise, as if the tin can had communicated Martian depthlessness to the soup within.

Yoplait on the tongue has the flatness of that tomato cannery’s smell at workday’s end: you want the flavor to ripen, but it remains unaccommodating, like a yard-duty woman I knew in first grade. Around her neck she wore a whistle, an instrument to terminate recess and to arrest malefactors. She looked like the butch secretary Jane Hathaway (played by Nancy Kulp) on The Beverly Hillbillies. Nancy Kulp, you were a shining force for good! Our yard-duty smelled (as Montaigne put it) “of nothing.” Better to smell of nothing, Montaigne says, than to stink. I had kiddie odor, the stench of a boy exploring a supervised yard.

I wonder about the texture of Montaigne’s mustache. Was it straggly or thick? Odors, according to Montaigne, remained in his mustache for days. The mustache was Velcro to visiting aromas. Did the mustache proceed seamlessly into his nostril caverns, or did he enforce separation? I hope for French literature’s sake that he shaved a Maginot Line between mustache and nostril.

Toward what goal do I aspire, ever, but collision? Always accident, concussion, bodies butting together, “arm-pits” and “aroma” colliding. Smell amplifies collision. By collision I also mean metaphor and metonymy: operations of slide and slip and transfuse. I want to press my forehead against a flat surface, like a foam wall. And if the surface—whether door or page—smells like Yoplait or a tomato cannery or piney blindness or neon topless incense, so much the better.

Laundry odors, though seductive, may be poisonous. I surrender to the possibly toxic perfume of Bounce sheets, those questionable yet addictive leaves tossed into the dryer to prevent unspecified damage. The most romantic moment in my childhood might have occurred during a Cub Scouts camping trip, when I brought a towel and soap to an alpine creek for morning ablutions. My mother had packed the towel in my rucksack: maternally laundered towel, aroma finer than Ruby Keeler’s return to the Broadway stage singing “I Want to Be Happy.”

My pal in fourth grade had stinky feet, I discovered when sleeping over at his house. Maybe he bragged, “I have stinky feet,” and suggested that I smell them to verify; or else I came to this conclusion myself, and taunted him with the verdict. His feet were large, as were his cheekbones; our mutual competitiveness was large, as were our growing stamp collections. Doggishness suffused his feet, though he didn’t own a dog. The concept of “another boy’s house” came with “dog” built into it, and therefore “turd.” Onto the feet of a young Christian descends (in my Jewish brain) an abject avalanche. Twice, we fell into foreplay. Our erotic incidents took place in a bathroom and involved a cup and a rug. Did I insert my penis in the cup? Did I command him to lie on the rug? Did he sprinkle talcum powder on his rank feet? Was I the ringleader? Did I have a plan? Was I inspired by And God Created Woman on Channel 36, a UHF frequency from distant Stockton? Did our foreplay interrupt tournaments of Battleship and Clue and other board games, like landscape-feigning jigsaw puzzles overlaid with Kissinger-style statecraft-in-utero?

Smell is syntax, is grammar, is the copula, the “is,” the copulating verb, the intercourse sign of =, the stink of equivalence, the stink of enforced likeness and its pleasures, whether fecal or ambrosial. Anywhere I go with smell (and we can go everywhere with smell) I owe to the permissive powers of the copula, the “is,” the stick-shift-in-neutral power of olfactory suggestiveness. We could therefore call smell “the whore of grammar.” Or “the fall into false closure.” Or “the rapid departure into cloud consciousness.” Or “a sudden dilapidation.” Smell locks us into words but also helps us to escape them.

Annex: What I Took from Montaigne

From Montaigne, I took hairy armpits. I took mustache. I took the desire to smell of nothing. I took perfume, incense, seasoning, gender. I took brevity. I took casualness. I took a tourist’s tone. I took sex. Sex I can take from anywhere; I don’t need Montaigne for sex. But I’m glad to find it in his sentences. From Montaigne, I took disgust: sex’s doppelgänger. From Montaigne, I took randomness and decisiveness. I took easy movement. I took permissiveness toward in medias res. We enter an idea in its middle. We leave before the idea can reach completion. We lean into the idea from above or below. We don’t greet the idea directly. Ten cents a dance with the idea. Toward the idea we express reverence but also eventually dismissiveness. We don’t allow the idea to tire us, and we try not to ruin the idea by pressing too hard against its vulnerable surface. 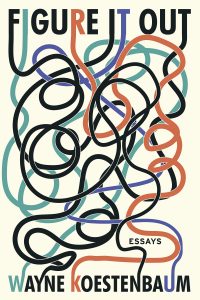 Copyright © 2020 by Wayne Koestenbaum, from Figure It Out. Excerpted by permission of Soft Skull Press.

Wayne Koestenbaum is a poet and cultural critic. His books include most recently The Pink Trance Notebook as well as My 1980s & Other Essays, Humiliation, The Anatomy of Harpo Marx, and the poetry collection Blue Stranger with Mosaic Background. He lives in New York City.

Compassion and Care: Being an EMT During a Pandemic 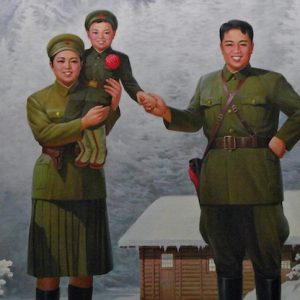 Friend by Paek Namnyong (Columbia University Press, 2020) was first published in 1988 in North Korea where it became a bestseller...
© LitHub
Back to top
Loading Comments...