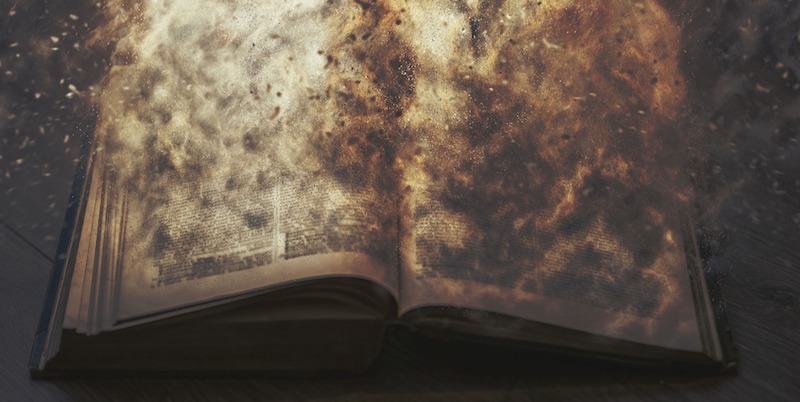 Why Do Some Writers Burn Their Work?

Alex George on the Satisfying Spectacle of Torching It All

There’s a reason why Louisa May Alcott had Amy March burn Jo’s story.

Amy could have torn her sister’s pages into pieces, or just thrown them away, but it wouldn’t have been the same. My wife tells me that I shuddered in my cinema seat at the manuscript burning scene when we watched Little Women.

The elemental annihilation of destruction by fire is so absolute, and this is where the horror lies for me. If writing is slow, quiet, creative work, burning pages is quick, loud, and flagrantly destructive. Where once there was something, afterward there is nothing. There’s something irresistibly dramatic about the act of applying a naked flame to the corner of a page and watching the paper disappear in a sheath of fire. And while words deleted on a screen usually live on in a cloud somewhere, when pages are burned, they stay burned. There’s no coming back from the ashes.

All of this horror came back to me when I read that Marcel Proust instructed his maid, Céleste Albaret, to burn the thirty-two notebooks that contained the original outline of In Search of Lost Time. I couldn’t stop thinking about the treasures that had quite literally gone up in smoke in Marcel Proust’s kitchen. We will never know which ideas he had abandoned along the way, how his thinking developed as the novel progressed.

According to her memoir, Monsieur Proust, when Céleste asked her boss why he wanted her to burn the notebooks, he told her that he no longer needed them. This didn’t ring true to me, though. Proust was a man of unabashed sentimentality: his apartment on the boulevard Haussmann was crammed full of his dead parents’ furniture because he couldn’t bear to throw any of it away. The idea that he would have been quite so ready to destroy the kernel of his masterpiece—which by then was pretty much all he lived for—seemed quite out of character. If he didn’t want the notebooks cluttering up his already chaotic bedroom where he wrote, he could easily have stashed them in one of his parents’ empty armoires, or, for that matter, thrown them away. I kept coming back to the same question: why burn them?

Of course, most writers burn their work because they want to be absolutely sure that nobody else will ever read what they wrote. Incineration is always done with one eye on posterity—but things don’t always turn out quite how the writers hoped.

Perhaps it’s inevitable that Gogol’s myth would revolve more around the book he destroyed, rather than the work that survived.

Vladimir Nabokov instructed his wife to burn the fragments of his unfinished novel, The Original of Laura, after his death, because he didn’t think the book (which in fact comprised just 138 index cards) was ready to be published. Nabokov’s fame was such that he knew there would be huge interest in whatever work he left behind. Perhaps he was fearful that the book would tarnish his literary legacy; perhaps his motives were more purely aesthetic. Whatever the reason, he wanted the novel-in-progress to be destroyed.

As it turned out, Véra Nabokov did not follow his wishes. She was unable to bring herself to burn the index cards. According to her son, Dmitri, her reluctance was due to “age, weakness, and immeasurable love.” For years the cards lay unseen in a Swiss bank vault. Véra hadn’t burned them, but she didn’t publish them, either. That dubious honor fell to Dmitri in 2009, who claimed to have struggled mightily with the decision (although some have speculated that the decision was at least partly driven by financial considerations). The critical reception of The Original of Laura was underwhelming, to say the least. Objections were both ethical and aesthetic. Many felt that the author’s wishes should have been respected. Others just thought the book, such as it was, was awful. Martin Amis, never one to pull punches, wrote in The Guardian: “When a writer starts to come off the rails, you expect skidmarks and broken glass; with Nabokov, naturally, the eruption is on the scale of a nuclear accident.” Nabokov, it turned out, had every reason to want the book burned.

While the fate of The Original of Laura is just a strange footnote to Nabokov’s illustrious career, Nikolai Gogol’s decision to burn his unpublished writing resulted in a different kind of legacy. These days, the author of Dead Souls and The Nose is probably as well known for what he destroyed as for what he wrote.

When Gogol returned from Europe in 1848, his brilliantly grotesque surrealism had earned him a popular following, but he wanted his work to be recognized as more than just absurd comedies. Dead Souls was intended to be a trilogy, his tribute to Dante’s Divine Comedy. Part one of the book was his Inferno; part two, his Purgatory. But he was dissatisfied and disheartened with the second volume. Around this time, he came under the influence of an ultra-orthodox priest, Father Matvei Konstantinovsky, who considered writing “the devil’s work.” In 1852, fueled by a cocktail of illness, depression, artistic frustration, and (thanks to the priest) spiritual remorse, Gogol burned several manuscripts, including the second volume of Dead Souls.

It’s still not entirely clear whether or not he actually intended to burn the novel at all. Some accounts maintain that afterwards he claimed to have made a mistake—more specifically, that he had been tricked into it by the devil. Nine days later, he died, having starved himself to death.

Whatever other legacy it may leave behind, a burned manuscript can be a gift to writers.

Perhaps it’s inevitable that Gogol’s myth would revolve more around the book he destroyed, rather than the work that survived. The story is irresistible: an elaborately messy act of destruction, possible subsequent remorse, followed by a miserable death—and, perhaps most importantly, a surviving work of genius to tantalize us about what was lost in the fire. All of which begs the question: would Gogol be as celebrated today if he hadn’t burned his manuscript?

The story of Marcel Proust’s decision to burn his notebooks has not acquired the same mythic status as Gogol’s act of incineration, in part because In Search of Lost Time survives—all seven volumes of it. Still, the lost notebooks continued to haunt me. Finally I realized that there is one way that a fire’s damage can be undone, that words and pages can be reconstituted from ashes in the grate: through fiction.

Whatever other legacy it may leave behind, a burned manuscript can be a gift to writers. The very completeness of the destruction gives us license to turn back the clock, to save the words from the flames, and to imagine for ourselves what was destroyed and why. In my new novel, The Paris Hours, I retell the story of the burning of Proust’s notebooks—except this time his (fictional) maid saves one from the fire. She hides it away, a treasured keepsake. After the writer’s death, the rescued notebook brings her solace as she mourns her beloved employer.

Of course, this anxious rewriting of history was prompted in part by my disquiet about the initial act of destruction. I was hoping to rectify matters, at least in my fictional universe. I wanted to save those notebooks.

But even in fiction, nothing is ever quite that simple.

I still couldn’t fathom why Proust had insisted that Céleste burn the notebooks in the first place. There must have been something in those pages that Proust wanted to hide forever; I just didn’t know what. So I began to speculate, as novelists are wont to do. As a result, that rescued notebook caused my maid far more trouble than if she had just burned it. None of this was deliberate, really, but I wonder if subconsciously I understood that there was always going to be a cost for my fictional act of resurrection. Once the match has been struck, there’s no going back.

Which, as Alcott and Gogol and Nabokov and Proust all knew, is entirely the point. 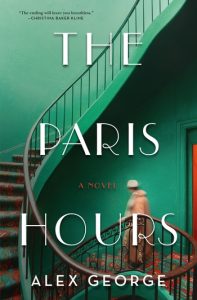 The Paris Hours by Alex George is available via Flatiron Books.

A native of England, Alex George is the founder and director of the Unbound Book Festival, the owner of Skylark Bookshop, an independent bookstore in downtown Columbia, Missouri, and the author, most recently, of the novel The Paris Hours. Alex’s previous novels are A Good American and Setting Free the Kites. 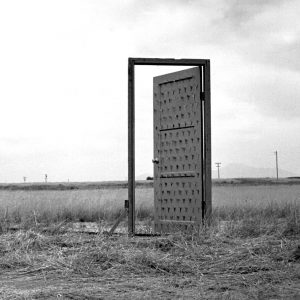 One night recently I was talking online with my friend Peter, a GP in Edinburgh where we both live, about how he had found...
© LitHub
Back to top
Loading Comments...