How Will Restaurants Reinvent Themselves Post-Lockdown?

A Conversation with Critic and Restaurant Historian William Sitwell

William Sitwell is a food critic, writer and broadcaster. He’s a carnivore but believes that occasional vegetarianism and choosing good meat is the most sustainable way forward. And although he once had dreams of being a political player, he ended up at age 25 writing for a women’s magazine and years later, writes about food, chefs, and restaurants. Along the way he’s met Thomas Keller, written about the history of food in recipes, occupies an 18th-century home in Northamptonshire, and in normal times writes a weekly column for The Telegraph on where or where not to eat. His new book, The Restaurant: A 2,000-Year History of Dining Out came out at the end of April and we had a brief chat about eating out when nobody’s eating out.

Kerri Arsenault: Your new book, The Restaurant, publishes in the US at a time when almost no restaurants are open. Will this period be a blank spot in the history of restaurants? How do you think restaurants will change because of the pandemic?

William Sitwell: Fortunately chefs and restaurateurs are some of the most creative people around. To have a successful restaurant you need to be constantly innovating, you need to be great with people and to be a feeder. And so in the UK—and I can’t speak for the US, but imagine the case is the same—many restaurants have become retailers or are serving takeaways. Chefs are promoting their activities on social media and many are giving wonderful, informal cooking lessons on platforms such as Instagram.

Other successful businesses, who can just about withstand the lockdown, are providing food for the NHS—our universal and free National Health Service. So this is wonderful to see. But of course while many restaurants are taking advantage of the UK furlough scheme, many are not, and will not survive. The hospitality business is in mortal danger, and we will only see the scale of the damage when the plague has ended. I think when many places re-open they will be offering simpler menus, catering to lower budgets, and creating more spacious environments as people will be wary of crowds now for some time. This of course will affect numbers, and is another reason why it will take the restaurant business a very, very long time to recover from Covid-19.

KA: What other epoch-changing moments have happened in restaurant culture?

WS: Restaurants do not exist in a vacuum, so whatever is happening politically or culturally has an effect. Alice Waters’ Chez Panisse emerged as part of the counterculture of 1960s America. Restaurants were born in Paris during the French Revolution because the staff from aristocratic households needed work after their employers had their heads chopped off. The Roux brothers revolutionized fine dining in the UK in the late 1960s as they saw an opportunity to capitalize on post-war Britain, still slowly recovering from rationing with a very bleak culinary scene. Conveyor-belt sushi in Japan emerged partly because its inventor was inspired by the new space age. And we diners get the spoils of all these extraordinary innovations.

I think when many places re-open they will be offering simpler menus, catering to lower budgets, and creating more spacious environments as people will be wary of crowds now for some time.

KA: I heard you say once that kids in the UK were fed better during World War II than before because food was rationed during the war. How does that compare with what’s happening now in response to this pandemic, either in the UK or the world, with regard to getting healthy food into kids’ mouths?

WS: In the UK rationing limited the food available to people but did so in a way that what they got was still nutritious. The overall effect was that the thin poor got a little fatter and the fat rich a little thinner. There were negligible rates of obesity after the Second World War, infant mortality improved, dental health was better. This was all a direct result of rationing. Our current crisis is seeing more business for independent retailers, for farm shops, for example. The lockdown means that people are having to buy local, seasonal food. Ironically this is a very beautiful thing to witness.

KA: Tell me your thoughts on food sustainability, as in, where are we headed?

WS: I would like to think that the pandemic might change people’s habits for good, but for that to happen the people advising government should not be the voices of fast food, which bears a high level of responsibility for poor farming methods, low welfare standards for animals and people, less environmental concern, and poor human health. Sustainability needs to be an act not a badge, a deep-seated belief, not a marketing opportunity. But if people can shop better, see joy in the economies of food (a whole, better chicken, tastes better and lasts longer and can make several meals…) then there is hope.

KA: Lately, people have run to their kitchens making bread, eating together—in fact, to most of my friends, meals are the highlight of their days. Will this have an effect on the history or future of restaurants? What does cooking and eating at home accomplish that eating at a restaurant can’t? Or vice-versa?

WS: Real foodies talk about what they are going to eat for the next meal, while they’re enjoying the current one! And during lockdown that coming together for meals, that sharing of cooking responsibilities is a great positive. Habits die hard, so maybe since we are forced into these new habits and they are part of how we cope and feel positive, they will remain with us long after the plague is over. And restaurants will need to reflect this. Nothing will go back to how it was and the new normal will reflect some aspects of lockdown life. More people will work from home, more people will cook at home, more restaurants will deliver food and more producers will have a closer access to consumers. These are morsels of good fortune that we should cling to.

KA: Where would you eat right now if you could and why?

WS: I ache for great sashimi and sushi, I pine for Indian food—green chilies, tandoor chicken and wet dal. As a restaurant critic I miss the whole theatre of dining. God, I even miss trying to grab a waiter’s attention to get the bill.

KA: We should talk about your book!

WS: My book is a history of eating out, my history, within 272 pages, so there is much in the story of the restaurant that is not in there. But then it’s my story and that’s my privilege. But I hope that the stories I have chosen to tell will appeal to people, will entertain them and will add to their own passionate encounters with dining out. Restaurants are a key part of our culture, a cornerstone even. So this is a story of the human journey, a story of appalling greed and desperate necessity. I loved writing it and I hope it gives pleasure to those who read it. But I warn you. This book will make you very, very hungry. 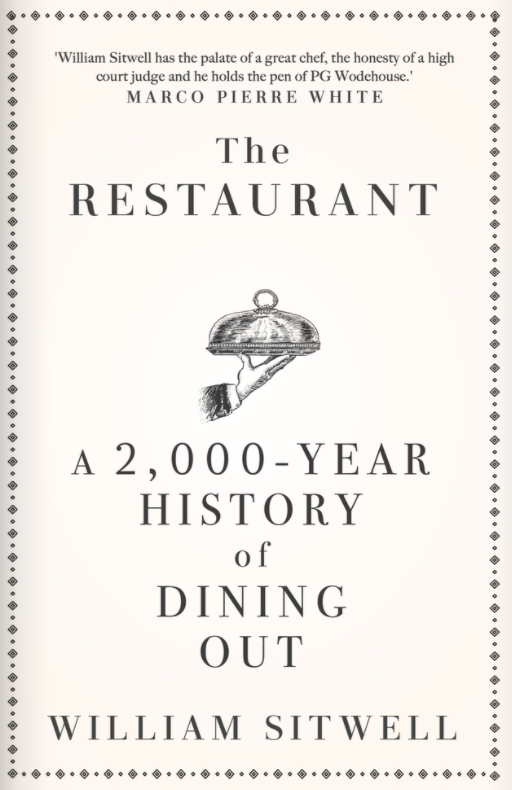 William Sitwell’s The Restaurant: A 2,000-Year History of Dining Out is available now from Diversion Books.

The 50 Best Contemporary Novels Under 200 Pages 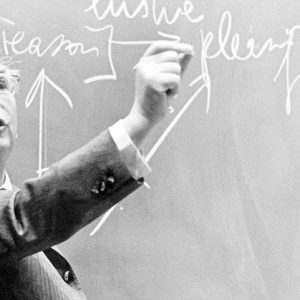 In Vienna the war ended on April 13th, 1945. Two weeks later, the day of liberation came for the concentration camp inmate...
© LitHub
Back to top
Loading Comments...