Edward Carey on Doing a Drawing a Day During Quarantine

"It’s an escape. It can go anywhere."

Like so many of us, I wondered how on earth to fill this time. How to stave off the darker thoughts. Before lockdown started, I had been working on a novel set in a strange children’s hospital but I felt I couldn’t do that, not now, later. So I started drawing. 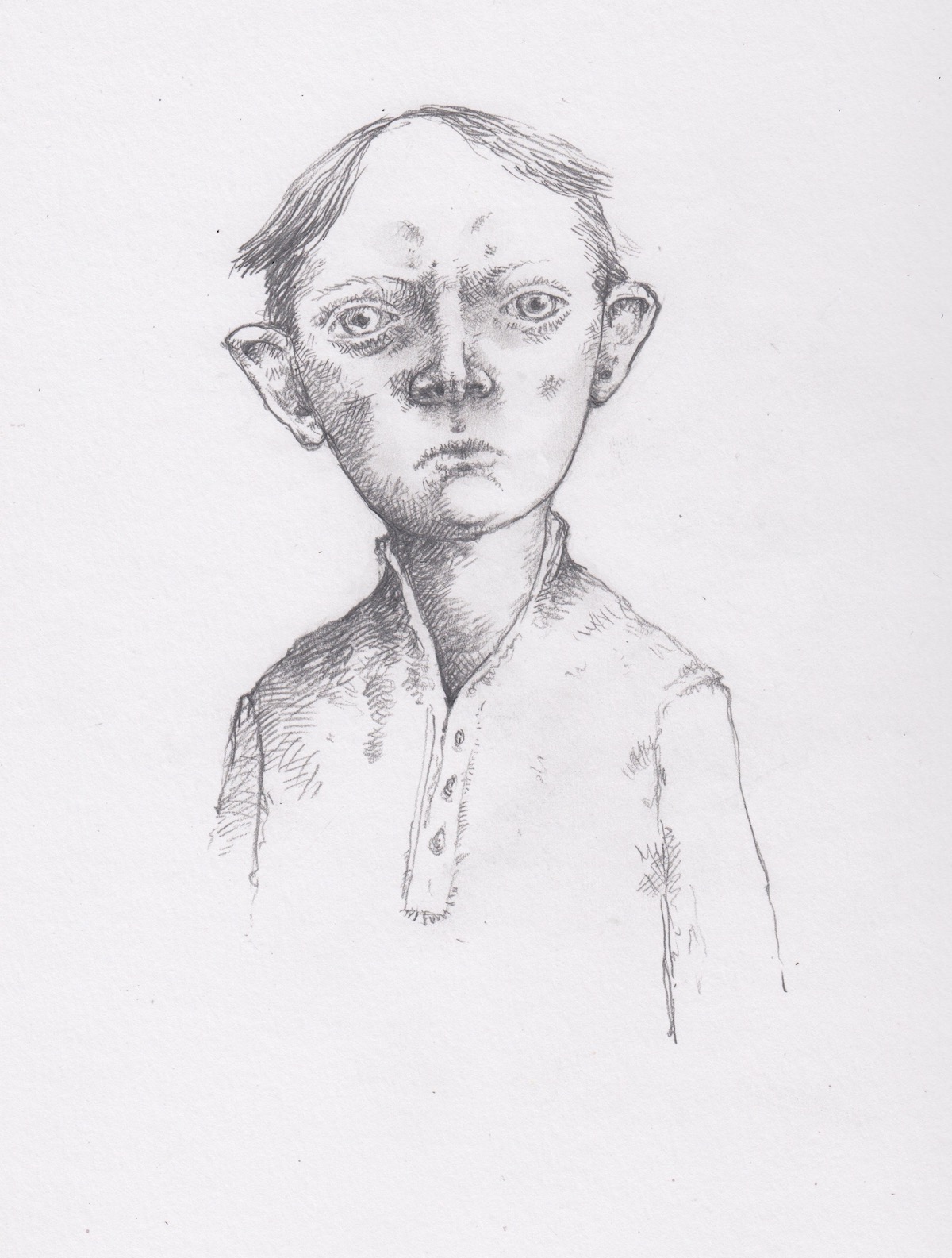 I always draw the characters I write about, that’s mostly what I draw but now the characters were being put away for a while. So I just drew a determined looking young fellow and I posted the drawing on Twitter and Instagram and as I did it, I typed: I’ll do this every day.

I hadn’t meant to, the idea was just there. A drawing a day. Why not? How many drawings will there be? God knows. Don’t think of that. Just take it a drawing at a time. Draw what? I’d decide one day at a time. I could do that. Not much to ask, after all. And so then I had an event in my daily life, and even a bit of structure, a routine, and it felt wonderful. 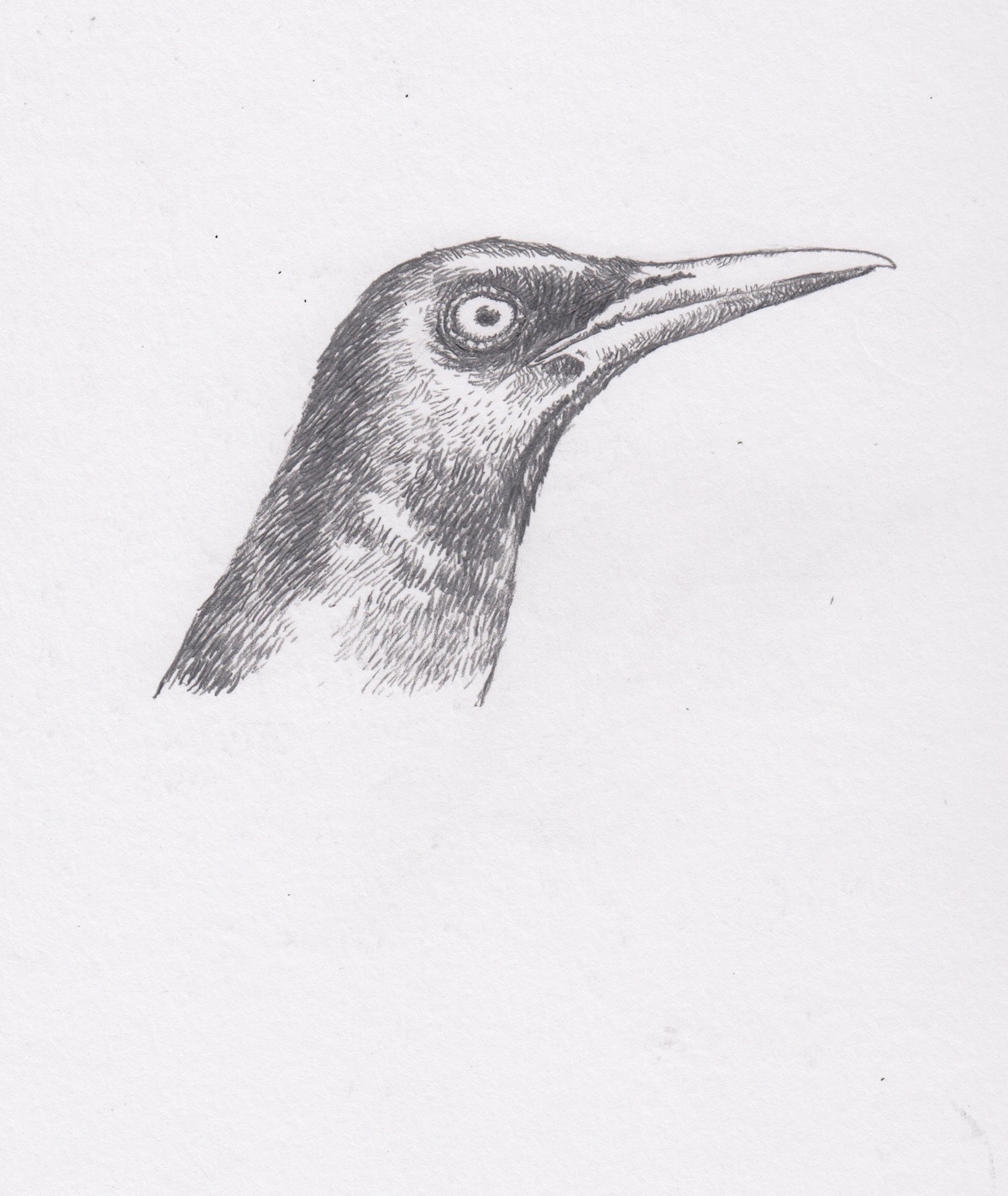 I drew a determined young woman, and then a grackle because I love grackles. And then Pepys because I was missing London and my native England, and because of his account of London in plague. King Lear followed and then a friend quarantined in Rome asked me for a Defoe. From that other people started asking for drawings and suddenly here was communication. I was talking to people. 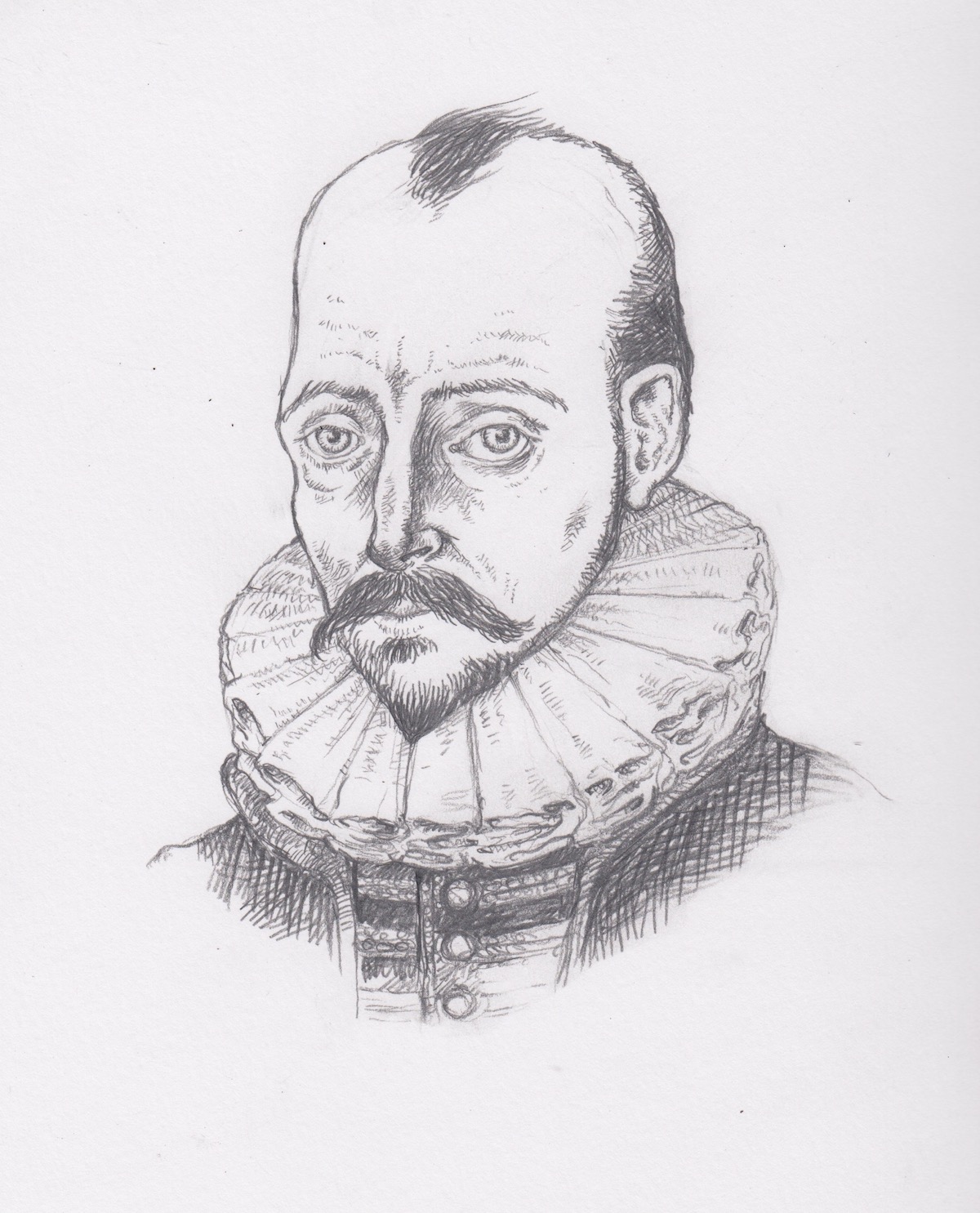 They’d say Baba Yaga or a goat in Wales, or a Martha Gelhorn, a Virginia Woolf, a pigeon, a mouse, a capybara, an Aye-Aye, a Buster Keaton and I’d reply in pencil. I was drawing people and animals I’d never have drawn otherwise. I was in new territory and it’s a different way of traveling when traveling’s not possible. I don’t spend hours and hours on each drawing, and some of them I really don’t like at all, but I post them anyway, because a drawing a day is the rule for me and it’s my routine. 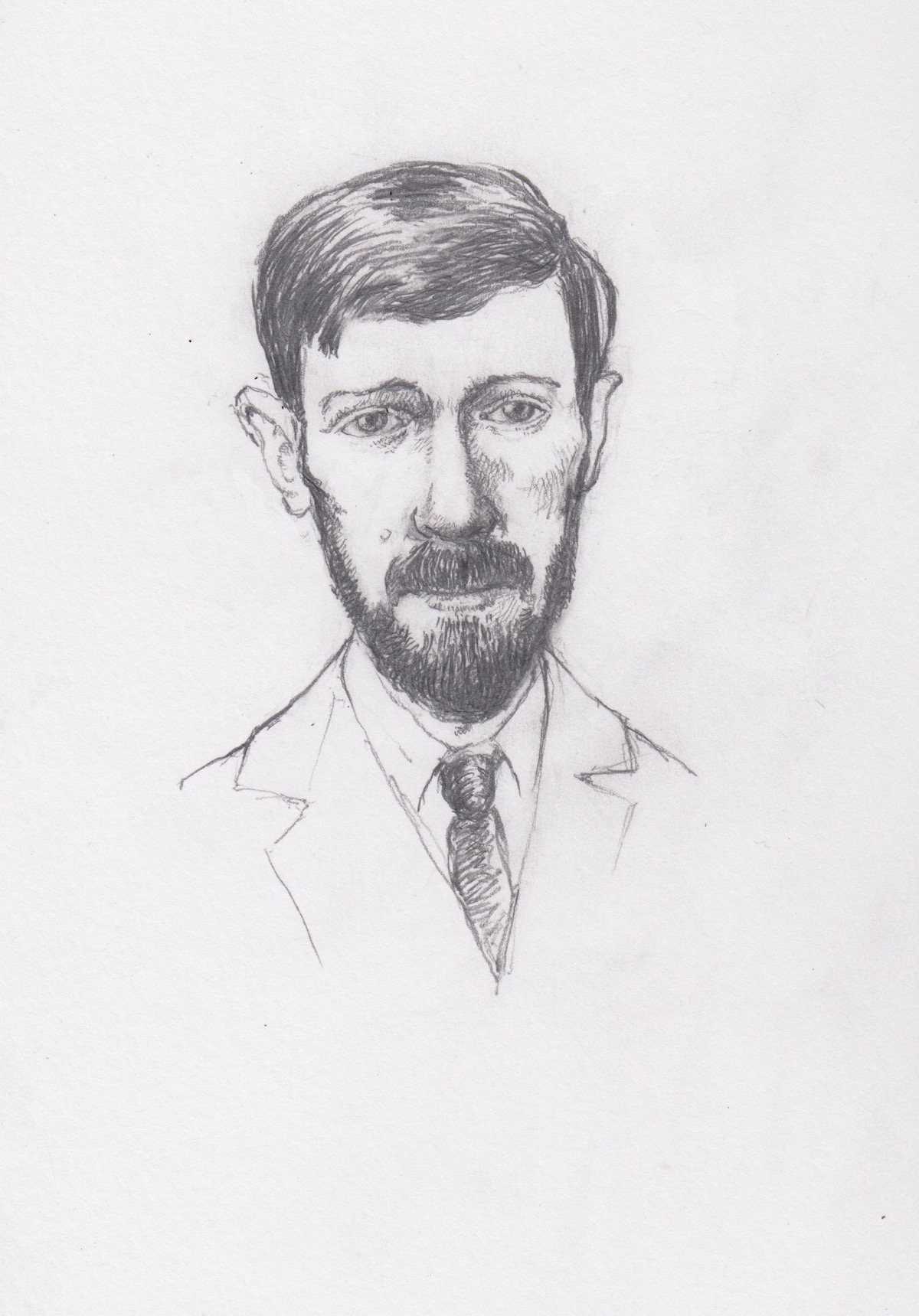 I’ve turned 50 in lockdown and my son has hit 13. I’ve started work on another book, something that I’ve been thinking about for a while. If it works, great, if it doesn’t that’s fine too. And every day there’s a little moment of quiet with the pencil and the paper. I love the humble pencil, it’s been a great companion to me since childhood and I don’t suppose I’ll grow out of it. It’s great to think with. It’s an escape. It can go anywhere. It can reveal anyone. It can be very faint, it can be darkest dark. 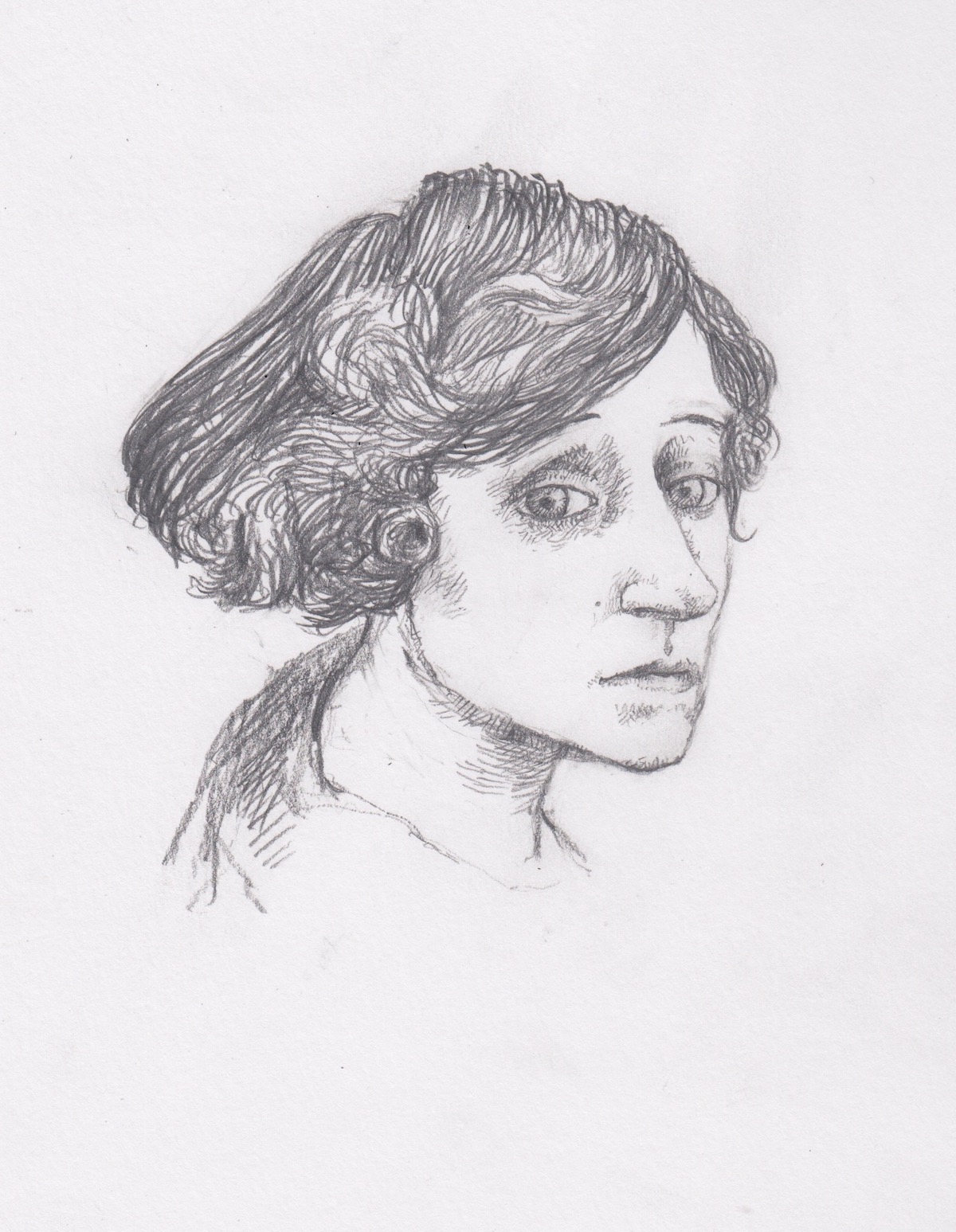 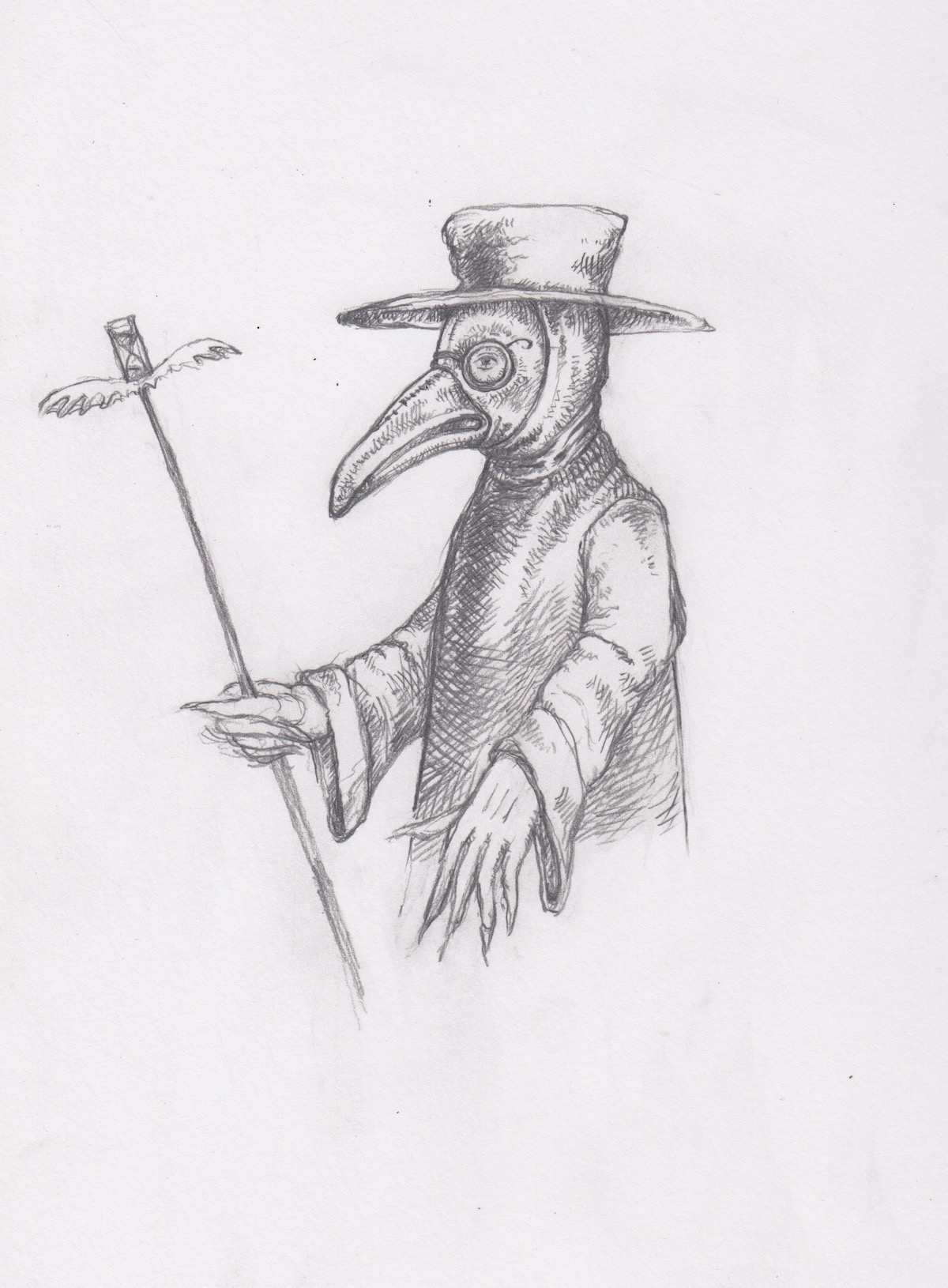 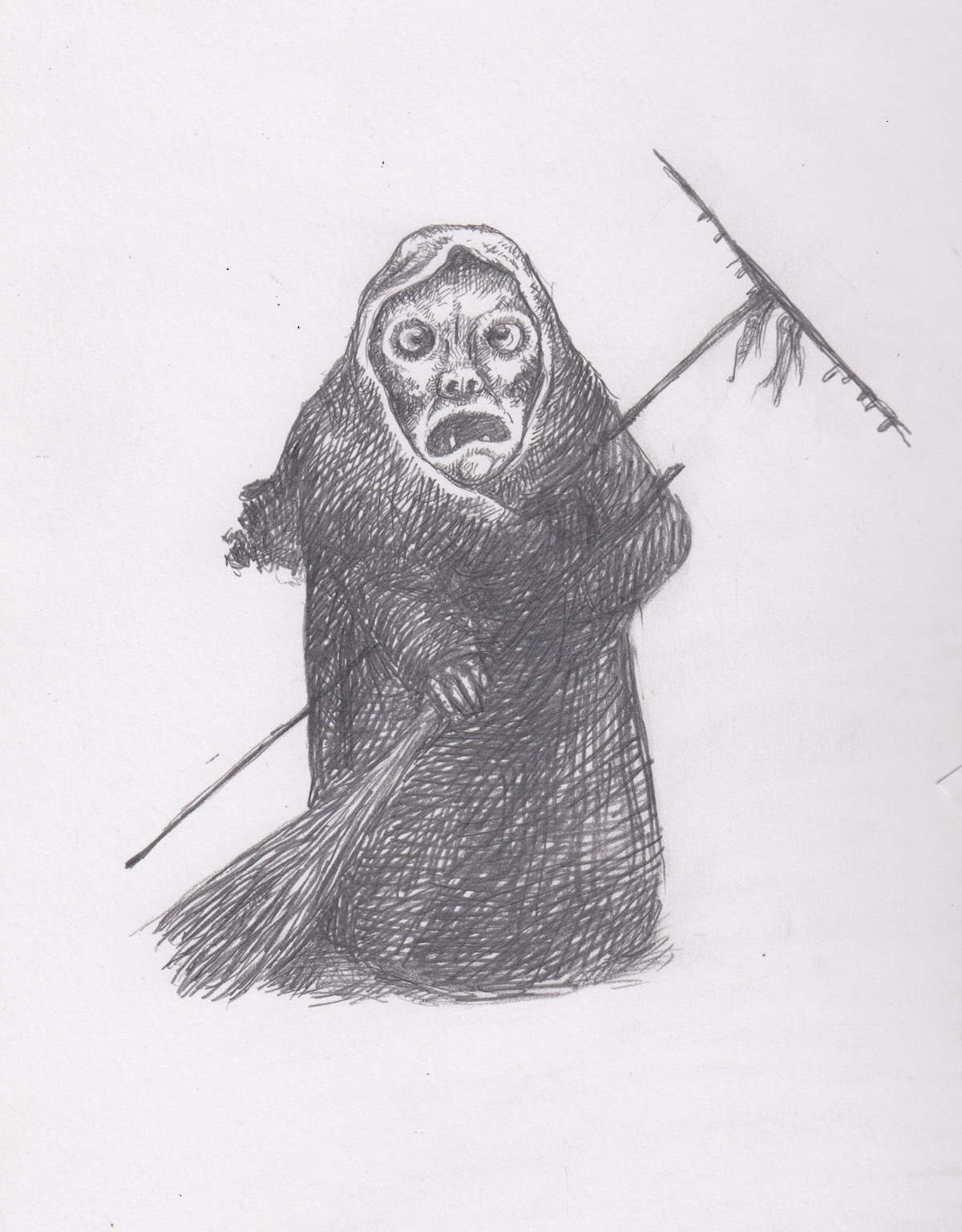 Pesta (the depiction of the Black Death as an old woman from Norwegian folklore, after the great Theodor Kittelsen). 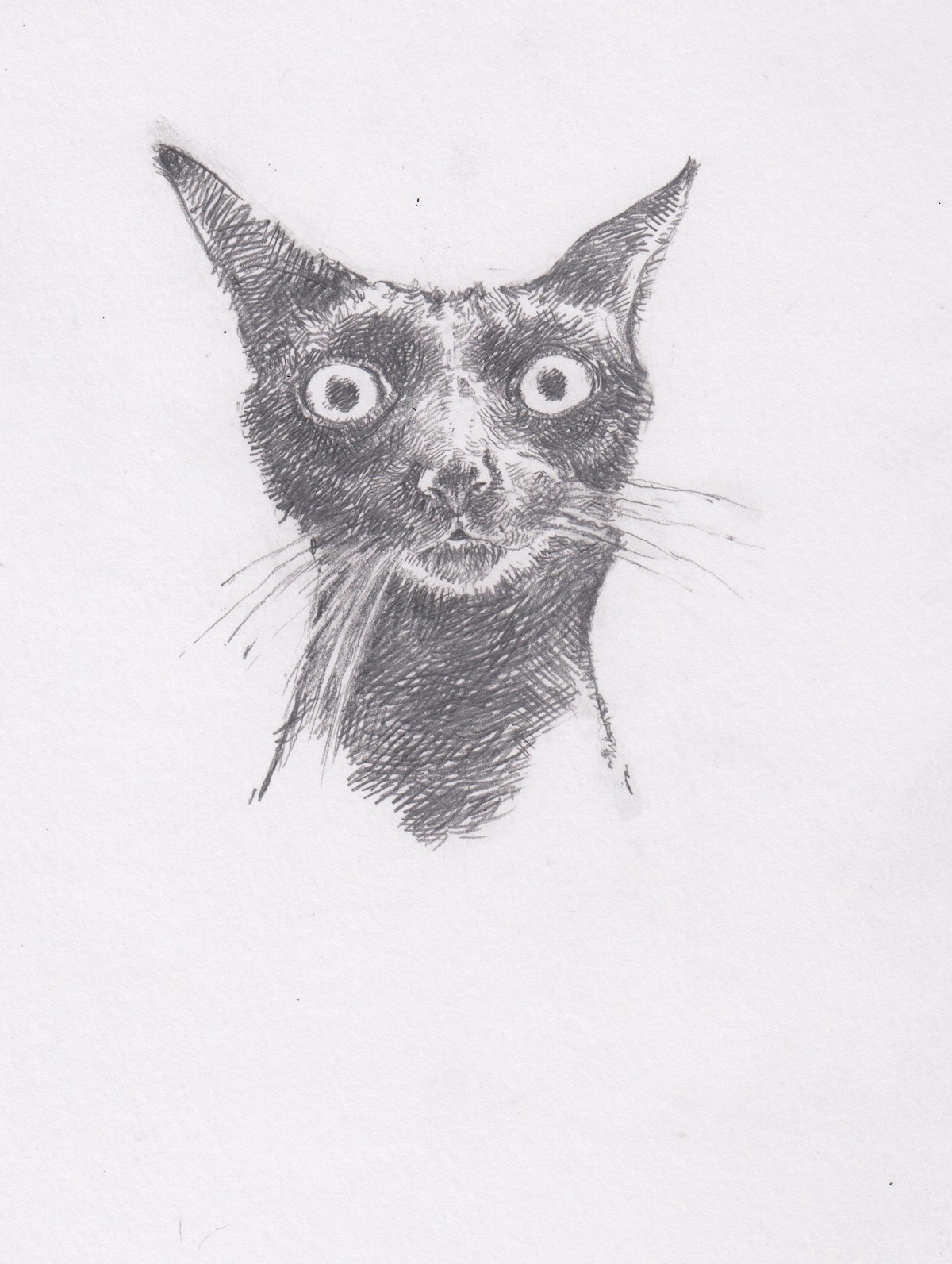 The abandoned cat that has come to live with us a few days after lockdown started. 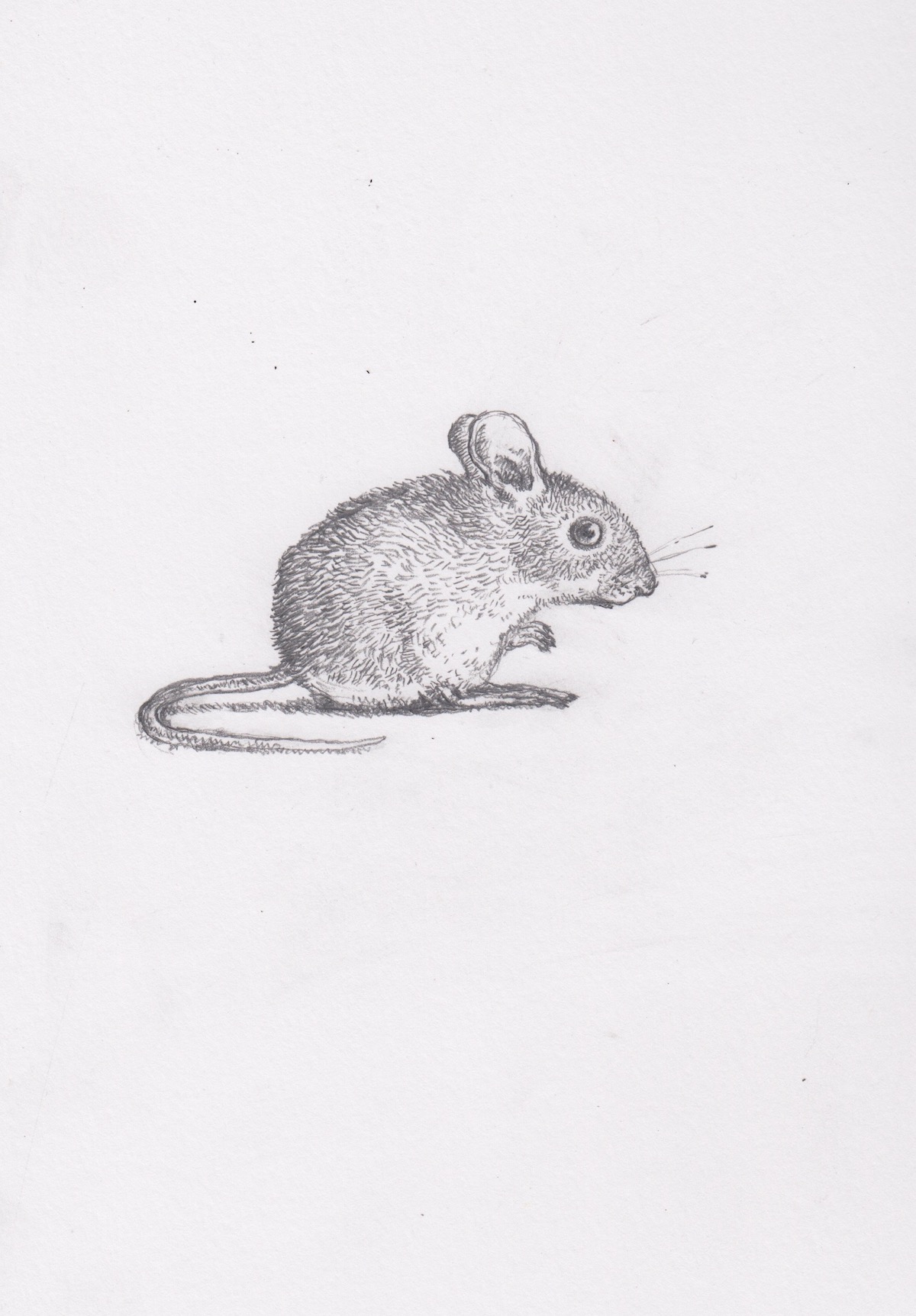 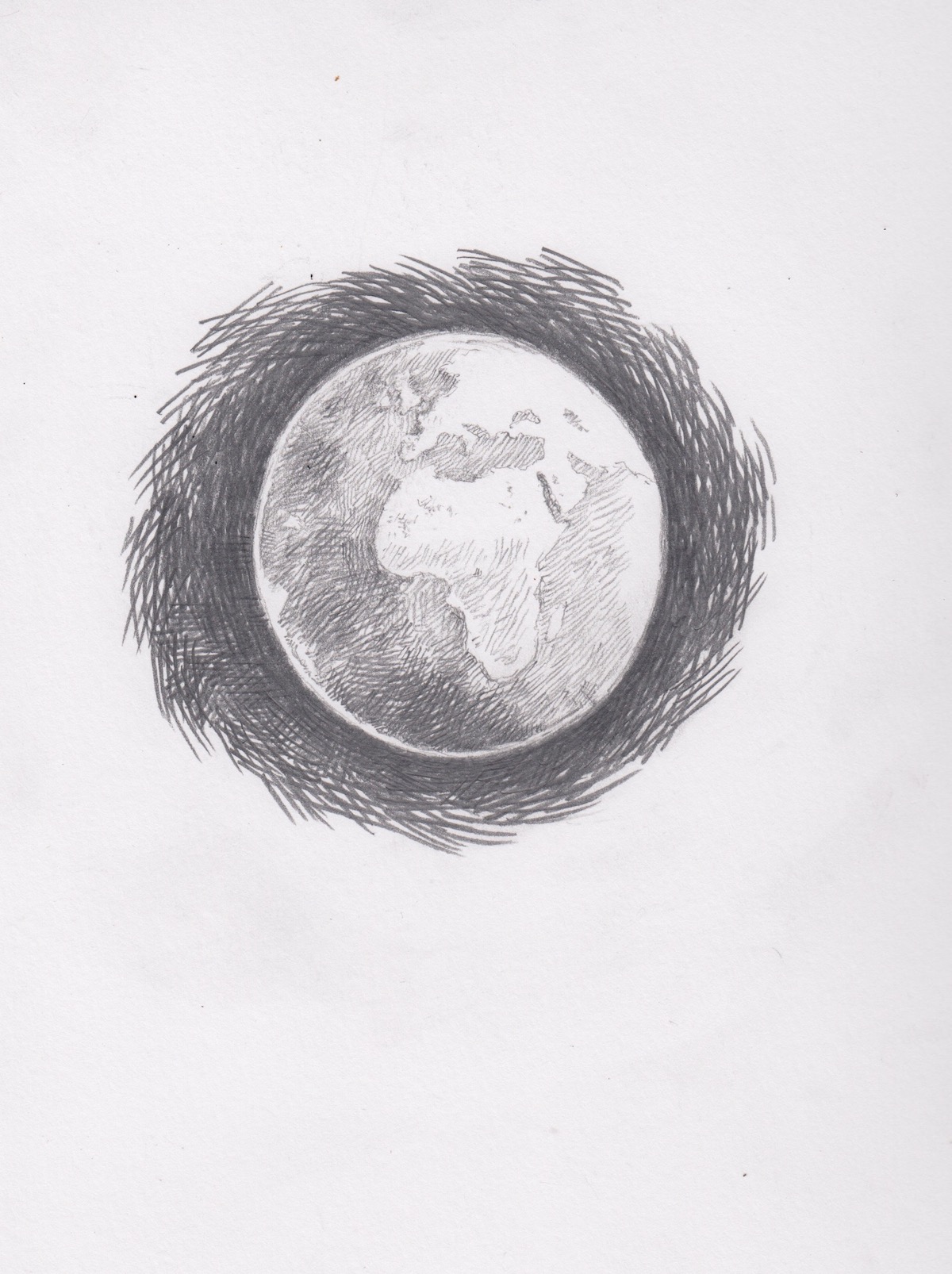 Edward Carey is an illustrator and novelist. His books include Observatory Mansions, The Iremonger Trilogy and Little - all his books have been translated into many languages. His latest novel The Swallowed Man is the journal written by Geppetto (and the art he made) during the two years he lived inside the belly of a giant sea beast. He teaches creative writing at the University of Texas at Austin.

Tommye Blount: No One Gets Off the Hook in My Poems

Jazz, Jeans, and Movie Stars: Joseph Brodsky on Glimpsing the West
From Afar 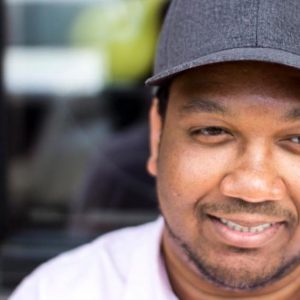 Tommye Blount: No One Gets Off the Hook in My Poems For this installment in our series of interviews with contemporary poets, Peter Mishler corresponded with Tommye Blount....
© LitHub
Back to top
Loading Comments...