Sandra Oh on systemic racism in Hollywood •  Hanif Adburraqib on history’s most famous beefs • Why Ben Okri wrote a book for children • Contemporary Ukrainian poetry by Boris Khersonsky • Austin Kleon looks back on Steal Like an Artist  • Amal El-Mohtar on falling for Ursula K. Le Guin • When Keith Haring and Jean-Michel Basquiat took the art world by storm • Finding inspiration in the works of Willa Cather • On Renoir’s “fugitive pigments” • What really happened to Abu Zubaydah at Stare Kiejkuty? • Amanda Pellegrino on writing for TV versus writing a novel • How to write place when confronted with uniformity • Beyond the “missing girl” archetype • How the Inca used knots to tell stories • Reading about the Soviet past to understand Ukraine’s present • What makes a great opening line? • Considering the self-fulfilling prophecy of sexism • Azar Nafisi wants us to read more dangerously • On the life of Darryl Hunt before his wrongful imprisonment • How Rumi became a poet • What it means to find a true best friend • What does it look like to decenter whiteness in fiction? • Why we should pay attention to conspiracy theorists • Ousman Umar on surviving a journey across the Sahara • Decoding birdsong and elk calls • The unglamorous life of an editorial assistant with family troubles • On writing dreams •  A retelling of Kerouac’s funeral • Lessons in comedic timing from New Yorker cartoonist David Sipress • When Paris was a refuge for Russian artists and dissidents

The Final Revival of Opal & Nev by Dawnie Walton, Read by a Full Cast 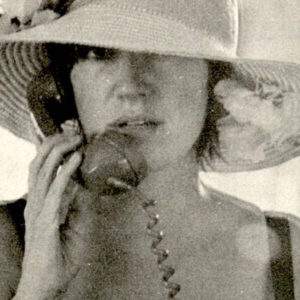