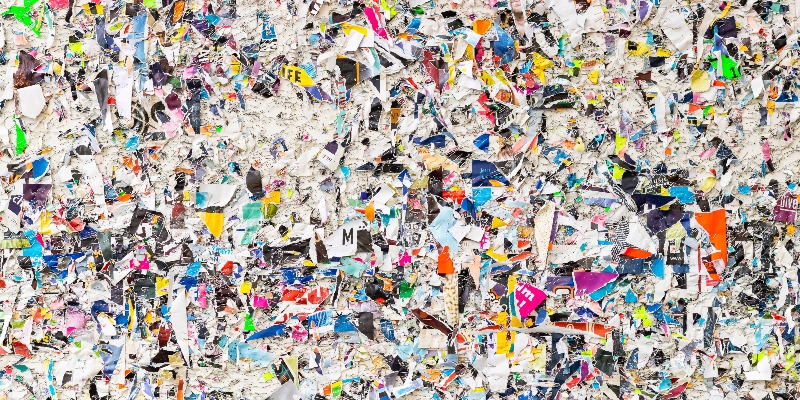 When the What-Ifs Become Real

Many readers have told me Steal Like an Artist changed their lives, but I doubt it’s changed anybody’s life more than mine.

In 2011, I was a 27-year-old copywriter. My first book, Newspaper Blackout, a collection of poems made by blacking out newspaper articles with a marker, had been published the year before. Like many a poet before me, I kept my day job.

W.H. Auden once said, “It is a sad fact about our culture that a poet can earn much more money writing or talking about his art than he can by practicing it.” This wasn’t a sad fact for me: I was very happy to talk to anyone who would listen, and I was even happier if they threw a little scratch my way.

I had recently accepted an invitation to give a talk at Broome Community College in Binghamton, New York. The college asked if I had a title for the talk. I told them it was called “How To Steal Like An Artist.”

The title was all I had. I assumed the students were probably not that much younger than I was, and I had no real idea what to say to them.

On one of our morning walks, I asked my wife Meghan what I should say. She said the best talk she ever heard was when an author named Mary Doria Russell visited her high school and simply listed 10 things she wished she’d known when she was a student.

When I finally delivered the talk, it went over pretty well, especially considering I was up late the night before in the hotel room, cobbling the ten points together from old notebooks and blog posts. It felt like it could turn into something bigger. After we flew back home to Texas, I edited the slides and my speech into a blog post and published it on my website. (Remember: These were the days when people actually read blogs.)

The post went viral overnight. Email poured in. My website crashed. Nothing I had ever done had received such a response. Several book editors emailed me asking if I was going to turn it into a book. I’d sort of assumed I might not ever publish a book again, and now it was clear that I had the bones of my second book. I reached out to an agent I’d been in contact with, Ted Weinstein, and we pitched it to a few publishers and sold it to Workman Publishing.

The book was made by practice that it preaches: stealing bits and pieces from all over and pulling them together to try to make something new.

I worked fast. The whole book was put together in 2 or 3 months. I was still working a desk job, so I stole time in the afternoons on my work computer and worked into the night after dinner. There was little time to worry about whether I was doing it right.

There are some funny errors in the first printing. The funniest one is me quoting John Waters as saying, “There’s nothing more important than an unread library.” The word Waters had used was “impotent.” For later printings, I took the quotes off and claimed the line as my own.

Much of the style of the book comes from certain constraints and my own limitations. I wanted the book to feel like a fancier version of the handmade zines and photocopied mini-comics that I loved.

People often ask what “font” I used. No font—every headline in the book was hand-lettered with marker on typing paper and scanned into the computer.

The list of ten on the back looked to me like a tracklist on a CD, which was appropriate, because I wanted the chapters to blast in and blast out with the same energy as the songs on some of my favorite punk records.

When it came to the actual size and shape of the book, my editor Bruce Tracy pointed out that the slides were landscape and books are usually portrait, so why not make the book square? That sounded great to me. I went looking for a book on my shelves with the same dimensions. I designed a dust jacket to wrap around it, with white letters on a black background. I brought this “dummy” to Bruce for our first in-person meeting. “Can I keep this?” he asked. That’s basically the cover design you’re holding in your hands when you pick up the book.

The book dropped in the spring of 2012. Workman asked if I’d do a 20-city book tour. I asked my boss if I could get two months unpaid leave. He said no. Meghan was pregnant with our first son, Owen (a.k.a. “Boom” from the dedication), but we had some savings and she got student health insurance through the university, so I decided to quit my job and I’d get another one later. On my last day, I sold books to my co-workers out of my box of advance copies.

That “Steal Across America” tour was one of the highlights of my young life. Before an early stop in Philadelphia, my editor called my cell and told me I was a New York Times bestselling author. A few hours later, six people showed up to my reading, so we sat in a circle in the Barnes and Noble and talked like old friends. I made more friends in other cities. The book kept selling. The crowds grew. I met several of my heroes. I saw the Pacific Ocean for the first time. By the time I got back home, my life was never the same again.

That’s just the beginning of the story, the first year or so of the book’s life. The rest I write about in the final afterword, which could probably be summed up in this one blackout poem: 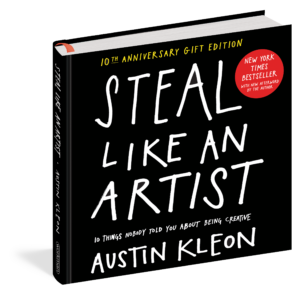 Austin Kleon is the New York Times bestselling author of a trilogy of illustrated books about creativity in the digital age: Steal Like An Artist, Show Your Work!, and Keep Going. He’s also the author of Newspaper Blackout, a collection of poems made by redacting the newspaper with a permanent marker. His books have been translated into dozens of languages and have sold over a million copies worldwide. He lives in Austin, Texas, with his wife and sons. Visit him online at www.austinkleon.com.
http://www.austinkleon.com 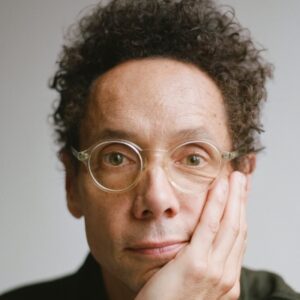