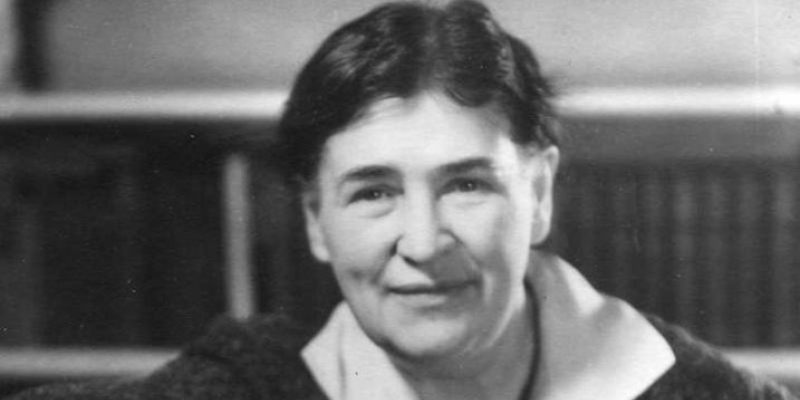 Willa Cather is the writer whose work I most often return to for inspiration. I’m too poor a student to claim any influence on my own fiction, but her work has always rewarded my efforts in rereading. For a century, her reputation has rarely, if ever, waned. She’s been reinscribed by such diverse critics over the years it’s sometimes hard to see how they can all be responding to the same writer.  Joan Acocella’s delightful book Willa Cather and the Politics of Criticism goes some way in helping to sort through it all.

Cather’s ambition, intelligence, and fierce will are well known, and in particular, her resistance to rigid gender norms (growing up in the little frontier town of Red Cloud Nebraska, where, in her early teenage years, she shaved her head, cross-dressed and called herself William Cather), and her defiance of sexual mores most notably living openly for 39 years with her longtime partner, Edith Lewis. It’s these aspects of her biography that most captivated late 20th century critics and scholars.

Having never lost relevance, Cather needs no apologist, but there are groundbreaking aspects of her work I find relevant for contemporary writers. It isn’t only her clear-eyed accounts of a world she saw disappearing beneath the systematic forgetfulness of American capitalism, it’s also the unusual structures she adopted in her best work that I admire. There are three novels in particular that interest me in this way.

The first, arguably her most enduring novel (apart from My Antonia), is Death Comes for the Archbishop (1927), the last of the great novels she published in the 1920s at the height of her career (in the decade after she published her career-making “prairie trilogy”). The structure of Death Comes for the Archbishop is unconventional. Parallel to the picaresque journey of the eponymous Archbishop and his loyal sidekick Father Joseph, are the stories of their encounters with the varied cultures established for millennia in the American Southwest. Set in the years immediately before aggressive frontier settlement and its violent disruptions, the presence of these episodic stories—taken from actual histories of the region—trouble the purported civilizing program of the Catholic mission (undertaken in full cooperation with the federal government and its goal of bringing a vast and unmanageable region to heel).

These digressive vignettes serve as a refusal of the grand euro-centric narrative of civilization. They’re a rejection of received wisdom, and a complicating device to remind readers of competing perspectives. While Cather can’t stop herself from admiring the Archbishop’s quixotic ambition, and his remarkable success against all odds of eventually building the cathedral in Santa Fe, the reader doesn’t forget the voices of those whose lives will be upended in the process.

Perhaps that’s what I’ve loved most about Cather all along, her humanism, and her deep commitment to the necessity of art as a means to human growth and well-being.

The second novel published in the decade of her mature work, her exquisite A Lost Lady (1923) is among the novels most admired by other writers and one of only a handful of novels I would call nearly perfect. The novel’s shopworn plot—a woman’s fall from prominence into poverty, told through the narrator’s youthful infatuation and disillusionment (a common theme for Cather during this decade) and eventual understanding, serves as the frame for a more nuanced frontier story. Among the powerful forces at work in Marian Forrester’s downfall is not her infidelity, but rather the result of rampant financial speculations far beyond her control. Her devastating end, beholden to a despicable bully, is starkly adumbrated by a childhood act of horrific abuse to a bird.

A Lost Lady stands as a monument to Cather’s mastery of a technique she refers to as the “novel démeublé,” a concept committed to suggestion and nuance as a strategy for creating depth and unspoken layers of meaning. As she writes in a short essay (which can also serve as an example of her elitist stance toward art) published in The New Republic in 1922:

Whatever is felt upon the page without being specifically named there—that, it seems to me, is created. It is the inexplicable presence of the thing not named, of the over-tone divined by the ear but not heard by it, the verbal mood, the emotional aura of the fact or the thing or the deed, that gives high quality to the novel or the drama, as well as to poetry itself.

While Chekhov expressed a similar theory of writing in his letters of advice to other writers, it’s likely Cather didn’t mention him as an influence because his collected letters weren’t published in English until long after her death. And though Hemingway’s frequently quoted ‘principle of the iceberg” describes much the same concept, to my knowledge, his theory didn’t appear in print until the 1958 Paris Review interview—eleven years after Cather’s death and 36 years after her essay was published. It could well be that Hemingway’s iceberg metaphor is remembered because it’s more straightforward than Cather’s rather awkward use of the French word “démeublé,” but it’s also possible there are other factors at play.

And finally, a lesser-known novel The Professor’s House (1925). With its themes of mid-career disillusionment and flirtation with suicide, this novel goes some way toward challenging dismissals of Cather are a romantic; however, it’s true, even here she can’t resist returning to the past in the form of a diary written by the professor’s most brilliant former student. “The Tom Outland” story—a novella set in the American Southwest—is embedded in the heart of the novel, and serves to bring air and light into the overheated domestic story. It’s no surprise that Cather scholars have since learned the novel’s structure was inspired by a Vermeer painting, its overstuffed interior relieved by a small window onto the outdoors through which the viewer glimpses a larger world. (Cather Scholarly Editions, University of Nebraska Press.)

Though one can’t deny the romance of the Outland story, at its core, the adventure echoes the themes established in the framing story. Where the professor is resentful of unearned (and in his mind undeserved) new wealth, and the preoccupation of some of his family members with mindless consumerism, the Outland story describes the discovery of priceless indigenous artifacts and the frustrated attempts of a well-meaning cowboy to garner serious attention from the nation’s museums where they might be properly stored, forced instead to watch helplessly as they’re sold to the highest international bidder.

I regularly find themes such as these that run counter to Cather’s romanticized plots—thorny reminders of her fierce intelligence and her ability to see the world as it is. I said earlier that Cather’s work hasn’t influenced my own, and that’s true; however, something unusual happened a few years ago when I was rereading Cather while simultaneously writing my most recent novel. I found myself writing in conversation with her work in ways I couldn’t have anticipated, finding not the thorns that usually attract me but rather forms of solace and abundant wisdom useful to my young narrator who has “lost the thread of her life” and is in desperate need of guidance about what might constitute a good life.

Perhaps that’s what I’ve loved most about Cather all along, her humanism, and her deep commitment to the necessity of art as a means to human growth and well-being. For years, I’ve kept above my desk at work this quote from Cather: “Artistic growth is, more than anything else, a refining of the sense of truthfulness. The stupid believe that to be truthful is easy; only the artist, the great artist, knows how difficult it is.” 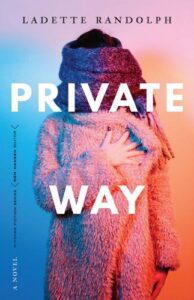 Ladette Randolph is the editor in chief of Ploughshares magazine and is distinguished publisher-in-residence at Emerson College. She is the author of several books, including This is Not the Tropics, Private Way (Nebraska, 2022), Haven’s Wake (Bison Books, 2013), A Sandhills Ballad (Bison Books, 2011), and Leaving the Pink House.

It was one of those weird coincidences, what the psychoanalyst Carl Jung would have called synchronicity. I had just completed...
© LitHub
Back to top
Loading Comments...