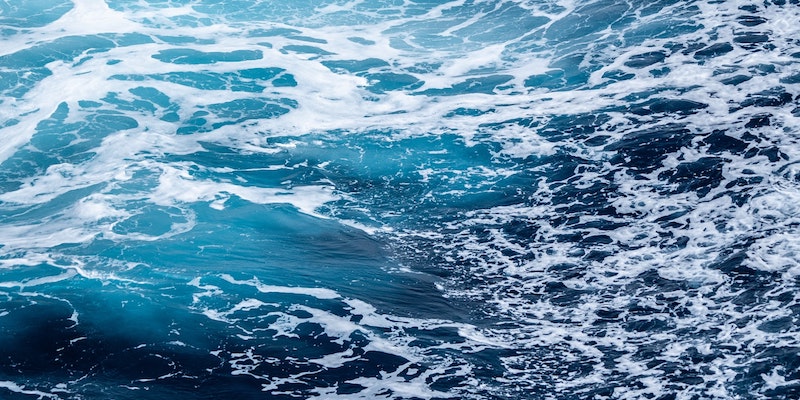 Transformation and Precision: On Writing Dreams

Corinne Hoex Considers the Power of the Unconscious

The entire summer of 2013, ideas for small fictions came to me each morning as I swam in the warm blue waters of the Mediterranean, the sunrise on my face. In the fall and the winter, when I’m in Brussels, I sometimes take walks in the forest and think about my texts as I walk. The motion of walking seems to guide the creation. In the case of my novel Gentlemen Callers, this motion, this progression, happened in the water. With a feeling of joy and levity, carried by the summer morning. A summertime dream, then, in more ways than one, as it brought to me my dreamer and also her visitors, as my subconscious, no doubt, basked in the caress of the waves.

Then in the afternoon, the technical work began. Writing, that is: the transposition of what I’d “imagined” in the water that morning. With requirements that were not at all fluid. Because dreams are never vague. They contain certain details that are precise, even.

There was a spark, a sentence that I read somewhere: “That night, I dreamed of Peter. He’d fallen for me, and he was combing my hair, and my hair grew longer and longer.” I envied this sentence. I internalized it. I felt my own hair offering itself up under the troubling caress of that attentive comb to the point of no longer behaving like ordinary hair, of letting itself grow beyond all measure. This sentence fascinated me. It sparked a deep pleasure in me. It lasted for weeks. I asked nothing more of it. I loved this sentence for what it was.

Then one day, the gas station attendant arrived. He substituted himself in for this Peter, and a sponge in his hand took the place of the comb. A theatrical attendant. An archetypal attendant. A kind of chromolithograph. A historical gas station attendant like the ones I saw in my childhood. Because, in reality, just like you, I fill up my car at the pump without seeing another person, I pay at the machine with my card and not a single attendant appears in a fresh blue jumpsuit, with an obliging smile and the intention to clean my windshield. So this farcical gas station attendant presented himself to me, holding his desirable sponge and, without knowing how or why, I substituted myself in for that sponge, and I felt the shock of the bucket’s icy water when he plunged me in before stroking over the window. I metamorphosed, I changed state as the hair had under the long caress of the comb.

This sentence fascinated me. It sparked a deep pleasure in me. It lasted for weeks. I asked nothing more of it. I loved this sentence for what it was.

After the gas station attendant, other visitors arrived, also dashing, each endowed with characteristics of his profession. The swimming instructor came rather quickly, in his Lycra Speedo. The mailman as well, in his hobnail boots with his mailbag. The circus sea lion trainer, dressed in his red jacket with gold brandenburgs. The baker, carrying his cake frosted with whipped cream. The young pirate, a green parrot perched on his shoulder. The furrier, displaying muffs, stoles, and fur coats in his window. Each time, the dreaming woman entered into a game with him, a game that she initiated, and in some sense, she was the leader. The important thing in the whole affair was obviously the relationship between her and her gentleman. This relationship developed (or not) and I continued with the text when I sensed that my characters shared unexpected affinities, sparking charming complicities and quirky eroticism. If things stayed mundane, too firmly glued to reality, I gave it up quickly.

In fact—as it often is, isn’t it?—the woman in these stories is the one who is the determining factor. She’s the one, for the most part, who initiates the game. The man is a man, with his own habits and characteristics and, to be precise, those of his profession as well. But it’s our dreaming woman who is the source of all disruption. So it is with the baker, with whom she changes the encounter by becoming a fly. Same with the young pirate, where our dreaming woman changes into a wave. A fly and a wave, yes, but still feminine, still sensual. Even though the dreaming woman transforms into a fly or a wave, she is still a woman who retains the behavior of a woman.

For the swimming instructor, she becomes an octopus, but an octopus woman, with multiple indiscreet arms. To attract the aviator, she becomes a cloud. In the bag of the mailman, she’s a love letter waiting for the moment she’s opened. Held between the schoolteacher’s fingers, she’s a piece of white chalk caressed to the peak of pleasure. Under the appreciative eye of the cook, she changes into meat—tender and juicy with a delectable aroma after simmering for hours. In her longing for the explorer, she transforms into a panther who sinks her claws into his back and savors him pleasurably. Upon noticing the hunter, she becomes a forest, a dark forest that reacts with a woman’s sensuality and pride. In her desire for the handsome tradesman, she makes herself into a fountain where he stops to splash water over his face and chest. To appeal to the beach attendant, she turns into warm, white sand, quivering under the attendant’s rake. In the eyes of the geographer, she is North, Central, and South America, and their shapely curved coastlines.

Sometimes it’s the man who transforms. The clockmaker changes into an alarm clock with a bold sound, and the museum guard, whose signature greeting is a delicate kiss on the hand, has a mustache that is sensitive to art and changes its look according to the painting he’s considering. The idea for this text came to me when I, as an art historian, led guided visits at the Belgian Musées Royaux des Beaux-Arts. At the time, there was an excessively gallant guard who would greet me with a kiss on the hand. I don’t remember if he had a mustache, though, and even if he did, it surely wouldn’t have been the fantastical, inventive mustache that I bestowed upon my Gentleman.

And then there are several texts in which the Gentlemen are suddenly supplanted by an animal or a cosmic force that bursts onto the scene. Case in point, bored with the pretentious Herbert, the sea lion circus trainer, the dreaming woman promptly leaves to swim in the arms of an elephant seal in more enthralling performances. When the kisses of the geographer grow too monotonous, she rejects his company to join the beautiful polar bear with his luminous coat who is waiting for her at the entrance to a cave. Or when the astrologer, his ephemeris, and his calculator bore her to death, a comet, with its golden head and flaming tail, dives into the room, seizes her and carries her away.

I would have liked to continue these joyful encounters at length. Several of my readers, in fact, have asked me to introduce them to my dreaming woman, and it’s true that she still has not received a visit from a librarian or a poet, a lawyer, a doctor, or a psychoanalyst. Unfortunately, one night—the end of the book—a handsome burglar in a black satin mask, “fast as the storm,” steals away the key to unlock her dreams, with the intention of putting an end to the fantastical idylls awaiting her. But he steals her away with him, taking her into the dark night to “where dreams reside.” 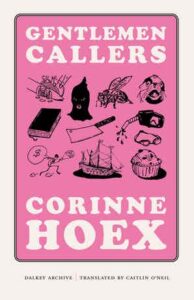 Corinne Hoex is an award-winning contemporary Belgian writer and member of the Royal Academy of French Language and Literature of Belgium. She has, to date, published eight works of fiction and prose and over twenty works of poetry. Hoex has won several literary prizes, including the 2013 Prix Félix Denayer in recognition of her collection of work. She currently lives in Brussels. 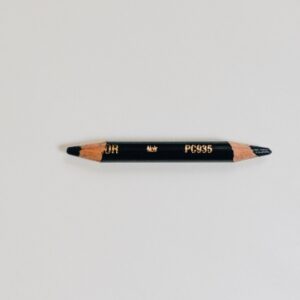 Decenter whiteness in your writing. I’m not sure when I first came across this phrase, this rallying cry for non-white...
© LitHub
Back to top
Loading Comments...