“You are right in thinking I am interested in Kerouac and his work.”

Jack Kerouac, who considered his “true-life” novels as comprising “one vast book like Proust’s except that my remembrances are written on the run instead of afterwards in a sick bed,” turns 100 years old tomorrow.

Few 20th-century authors have shaped the American imagination as much—or inspired so many readers, writers, and musicians—as Kerouac. While Kerouac was never comfortable with being considered the “King of the Beats” (indeed, the success of On the Road pretty much ruined his life), that novel, with its classic themes of freedom, longing, and the search for authenticity, helped crystallize a rebellion against the complacency and prosperity of postwar America. It encouraged people then, and in generations afterwards, to swim against the tide, to do things that weren’t supposed to be done, to seek new experiences.

Kerouac’s story is a pretty sobering one. He was a compelling, complex, and often troubled man. While his writing was spirited, inventive, and revolutionary for its time, it could also sometimes be marred by his misogynistic and bigoted views. Many of his novels were savaged or misunderstood by critics during his lifetime. He became quite embittered, and his alcoholism precipitated his early death at the age of 47 in 1969. What lives on perhaps more than anything else in his vast body of work is his singular voice, the terrific energy and rhythms of his wordplay, as well as the visceral immediacy and emotional honesty of his writing.

Materials from Viking’s archives document On the Road’s long path to publication (Kerouac began drafting  a road novel in the late 40s, created the legendary “scroll” version in 1951, and wrote several further drafts before the novel was finally published in September of 1957) and Viking’s thoughts on both that novel and on The Dharma Bums, which was published one year later.

Included here are a 1953 letter from longtime Viking editorial advisor Malcolm Cowley to Allen Ginsberg indicating Viking’s interest in Kerouac, Cowley’s undated acceptance report of On the Road, and a letter Cowley wrote to Kerouac in July of 1957 on the eve of publication. At the encouragement of Cowley, who wanted Kerouac to keep writing about his friends, Kerouac spent late 1957, when On the Road was on the bestseller list, writing a new novel called The Dharma Bums. Two internal reports of that novel are included here, from Viking editors Keith Jennison and Catharine Carver. 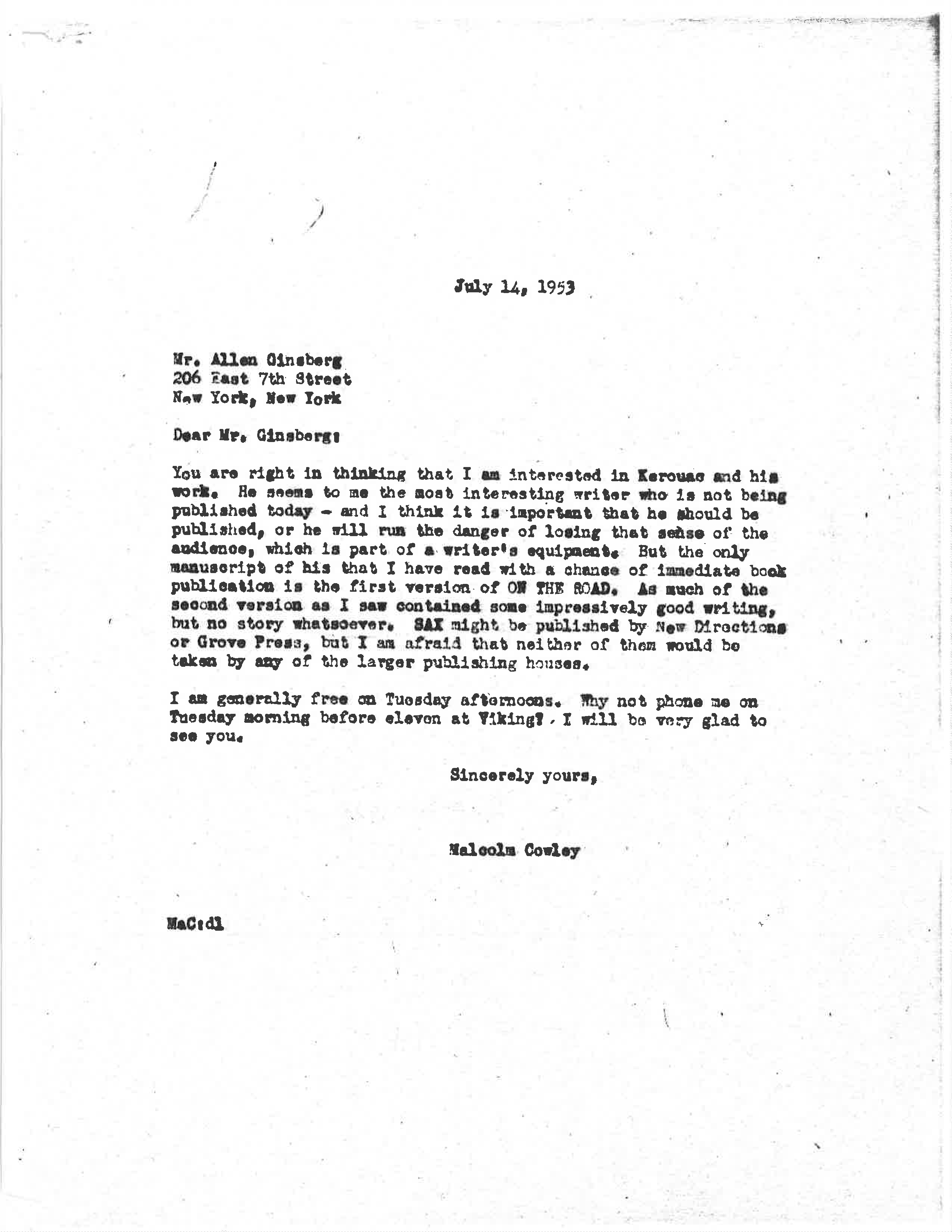 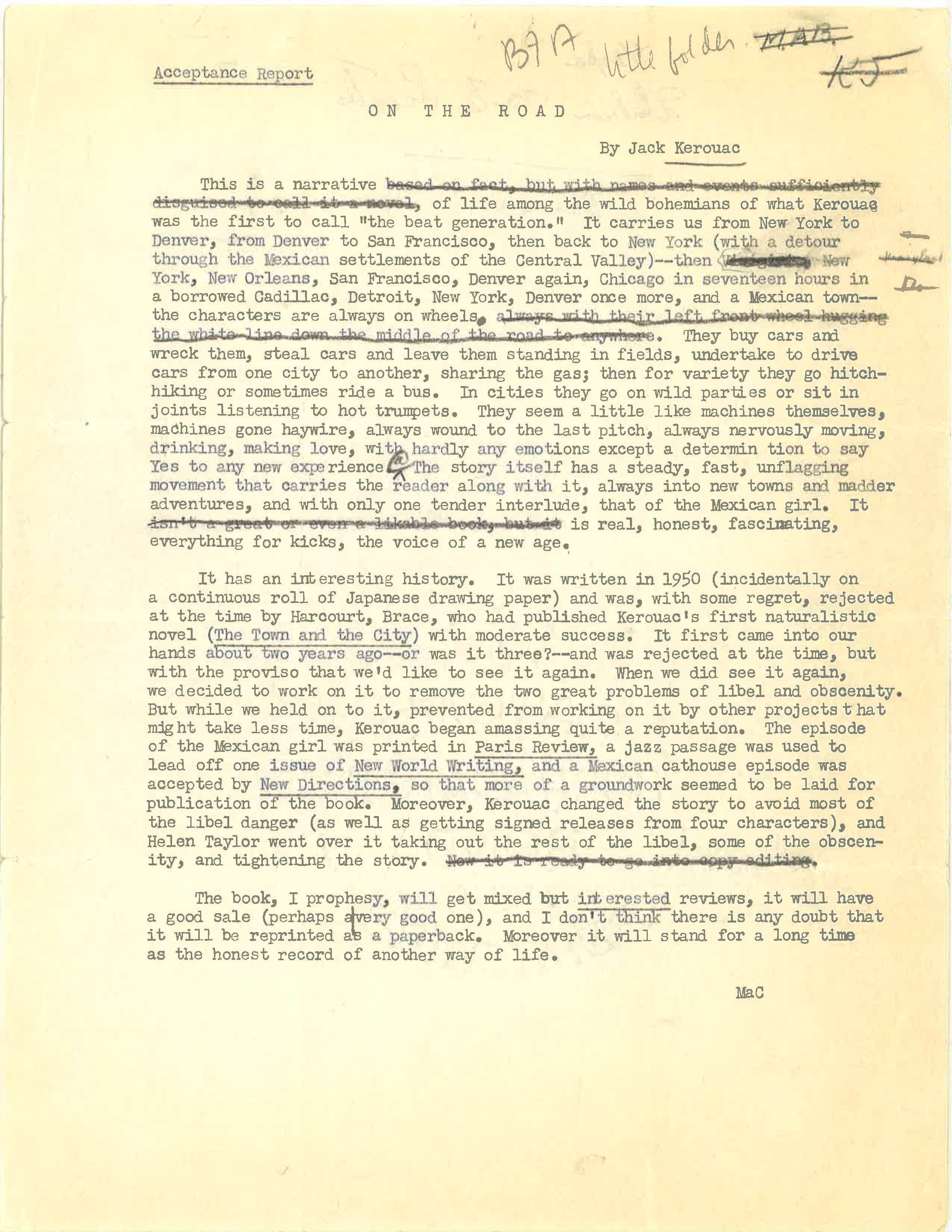 Cowley’s undated acceptance report of On the Road. 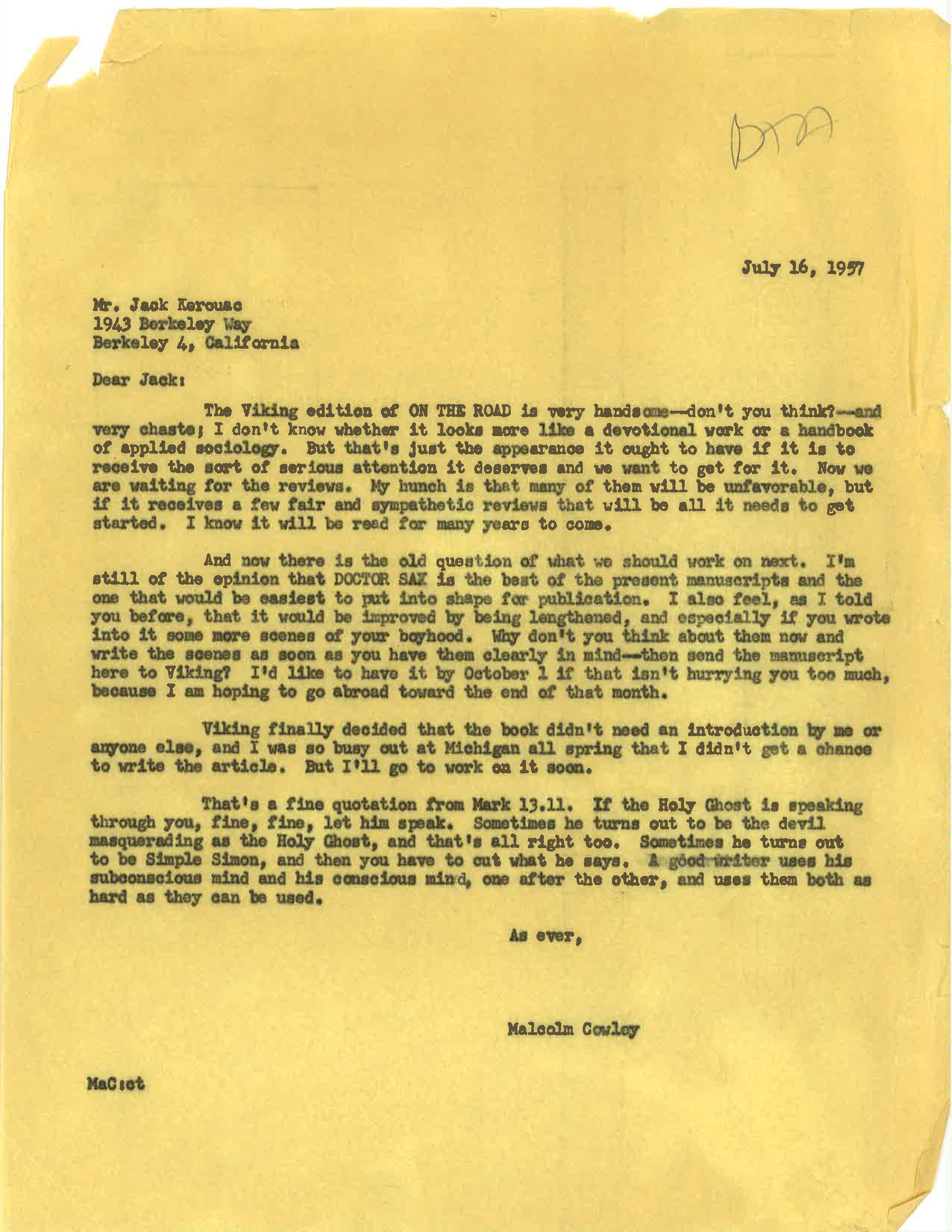 1957 letter Cowley wrote to Kerouac in on the eve of On the Road‘s publication. 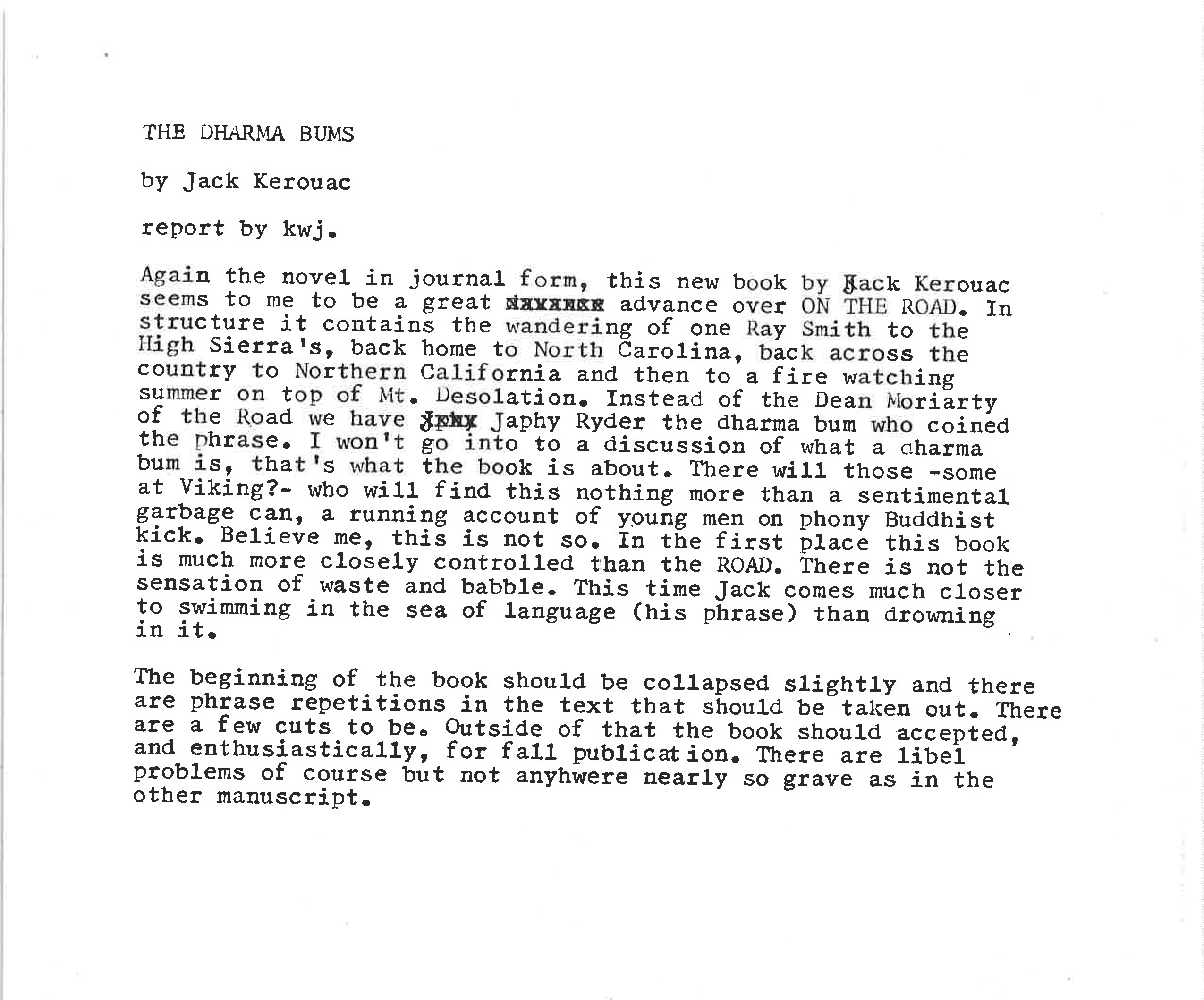 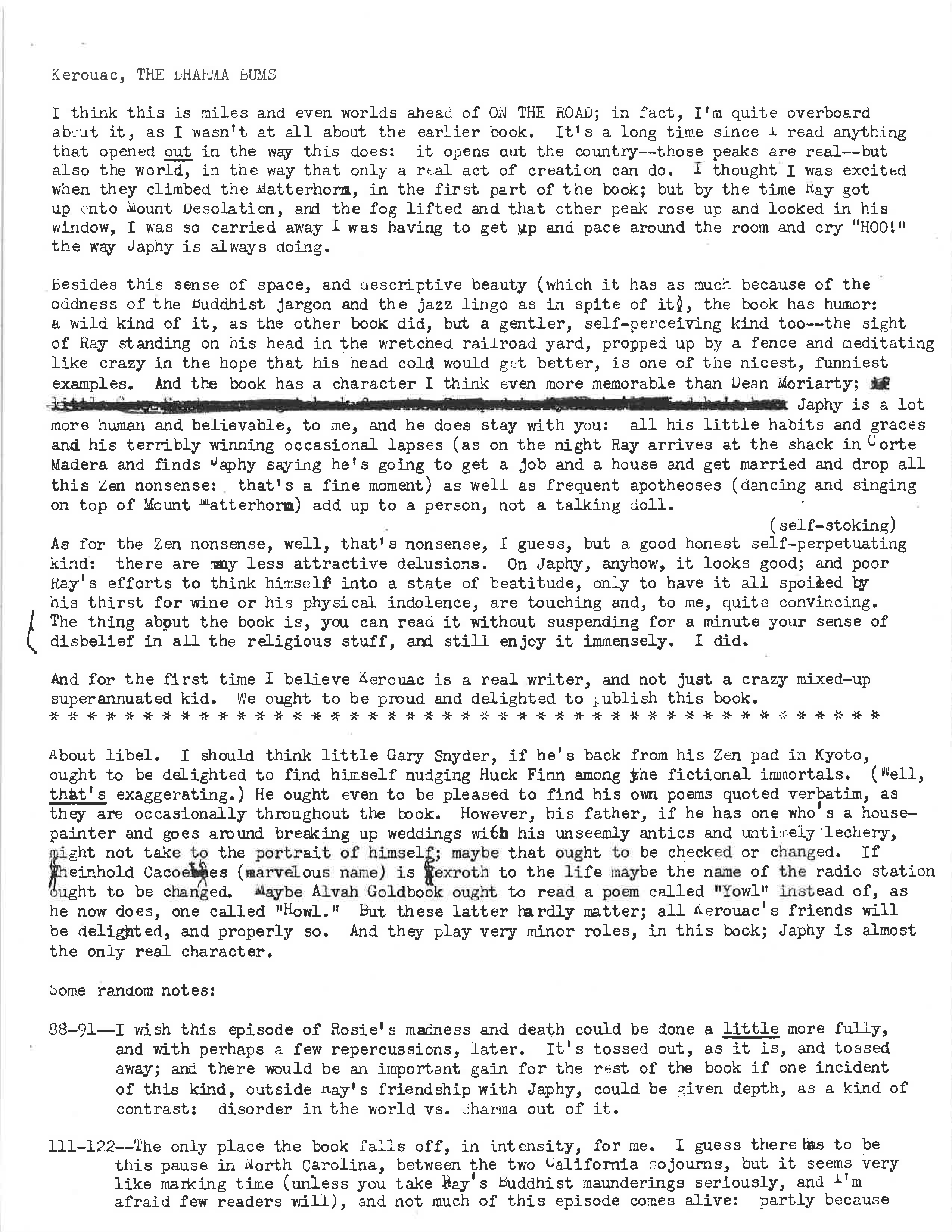 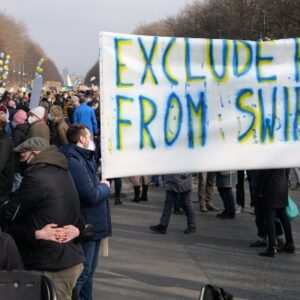 Banks and Tanks: Is the Economic Arsenal Working Against Russia? Open Source is the world’s longest-running podcast. Christopher Lydon circles the big ideas in culture, the arts and politics...
© LitHub
Back to top
Loading Comments...