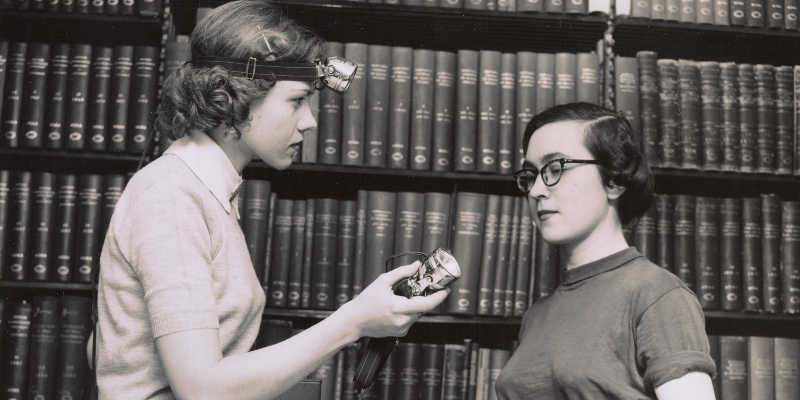 From several perspectives, you could call me stupid.

In all circumstances, and for as long as I can remember, if you need a silly question asked or a completely off-point answer or a ridiculous comment commented, for any and all occasions, I’m your woman. I sometimes notice an incredulous gaze alight on me and realize that the gazer must be thinking, “But I thought she wrote books…?” or “Jeez, they’ll hire anybody at Le Monde diplomatique these days….” I come away as ashamed as if I’d stumbled and executed a spectacular banana-skin slide, ending in a crash before a gaping audience (something of which, moreover, I am also entirely capable). This aspect of myself exasperates me all the more for remaining stubbornly beyond my control. Usually, half a second after the words are out of my mouth, I am as bewildered as my interlocutor—but there’s no taking them back. I can’t help it and, after almost 45 years of these regular feats of public confusion, I have concluded that I just have to live with them. It isn’t easy.

On the one hand, these stupid moments doubtless emerge from some aspects of my own character. A total lack of practical sense, allied with a deficit of theatrical experience. Also, something of a dilettante attention span, a degree of distractibility that can fascinate observers and becomes even worse when I forget to put my glasses on, the visual haze augmenting the mental fog in which I swim. And a timidity that leads me to fluster easily and does not lend itself to quick reflex decisions. A general disposition to better grasp and analyze the elements of a situation when at greater distance from it, rather than in the moment…. In short: I am slow on the uptake.

But I do believe there’s also a strongly gendered dimension to my stupidity. I am impulsive, emotional, occasionally naive. I am a walking sexist cliché, a genuine scatterbrain, the archetype of the irrational little lady. I am useless in all the areas women are meant to be useless. At the lycée, I almost had to retake a year because of my science grades. I have no sense of direction. If I had a driving license (thank the Lord, I haven’t), I’d be a sitting target for my local garage to flog me the most baroque and expensive repairs. In my professional life, I maintain a relationship of intense mutual mistrust with economics and geopolitics—in other words, with the most typical male bastions, those lying closest to our centers of power.

It took me a while to understand that intelligence is not an absolute quality, but can include enormous variations depending on the contexts in which we exercise it and the people we have before us. Different circumstances and interlocutors have the power to reveal or attract drastically different aspects of ourselves, to stimulate or to inhibit our intellectual capacities. Society assigns women and men very different and differently valued realms of competence, such that women more often find themselves feeling stupid. It is women who run the greater risk of appearing deficient in the more prestigious fields, the ones considered to really count, whereas the fields in which women are more likely to have developed some skill are neglected, disdained, or are sometimes altogether invisible.

Women do therefore have less confidence in themselves. Our uselessness is a self-fulfilling prophecy. Sometimes, I say stupid things out of ignorance, but sometimes, too, I say them because my brain blocks, my neurons are scattering like a flock of starlings, and I’m panicking. I am trapped in a vicious circle: I can sense my interlocutor’s condescending or contemptuous reaction, so I say something outrageous, thus confirming their judgment, in my own as well as their eyes. The interlocutor in question may be a fellow journalist, but could equally be the washing-machine engineer who, hardly inside my door, asks me something about the machine’s functioning and, before I’ve had time to open my mouth, repeats the question roughly and impatiently, as if fully aware of having an idiot to deal with (and yet, for once, I was about to answer sensibly).

Sexism appears at all levels of the social scale, offering us, in glorious stereo, a constant reminder of our deep-rooted dimness. And I should be making ready for my later years, for, apparently, the only thing stupider than a woman is an old woman. Cynthia Rich describes how, if she went to a hardware shop with Barbara Macdonald, and Macdonald asked the salesperson a question, he would address his reply to Rich (then in her forties, while Macdonald was in her sixties).

I am a walking sexist cliché, a genuine scatterbrain, the archetype of the irrational little lady.

After centuries of scientific and religious men, of doctors, politicians, philosophers, writers, artists, revolutionaries, and public entertainers ringing every possible change on women’s congenital stupidity and hopeless intellectual incompetence, and justifying this as required with the most ill-founded ravings about our anatomical weak points, it would be very surprising if we did not feel somewhat inhibited. In a striking litany summing up the conventional discourse on women down the years, American writer Susan Griffin writes:

It is decided that the minds of women are defective. That the fibers of the brain are weak. That because women menstruate regularly the supply of blood to the brain is weakened.

All abstract knowledge, all knowledge which is dry, it is cautioned, must be abandoned to the laborious and solid mind of man. “For this reason,” it is further reasoned, “women will never learn geometry.”

There is a controversy over whether or not women should be taught arithmetic.

To a woman who owns a telescope it is suggested that she rid herself of it, that she “stop trying to find out what’s happening on the moon.”

Griffin owes her reflections on “the laborious and solid mind” and the ban on geometry to Immanuel Kant, while the reference to the telescope comes from a tirade addressed by Chrysale to Philaminte in Molière’s play The Learned Women (1672):

You should burn all this useless lumber, and leave learning to the doctors of the town. Take away from the garret that long telescope, which is enough to frighten people, and a hundred other baubles which are offensive to the sight. Do not try to discover what is passing in the moon, and think a little more of what is happening at home.

The two sources shouldn’t really be read as of equal weight; the second one is spoken by a fictional character, and there’s no need to rehash the debate about Molière’s misogyny here. That said, some of his images seem to be enjoying long afterlives. While I was immersed in reading all these texts, an advertisement for an online retail site was showing images of a woman’s brain in cross section, with her thoughts written inside: “Astronomy isn’t really my thing. But my neighbor’s anatomy is another matter….” They were selling telescopes for €49.99.

These assumptions also show why women continue  to have “things explained” to them by supremely arrogant men—as explored by Rebecca Solnit in the duly celebrated title essay of her collection Men Explain Things to Me (2014). Her piece was prompted by an occasion in 2008. At a fashionable party, a man had talked to Solnit about an apposite book that had recently been published and of which he had read a precis in the New York Times… without realizing that he had its author in front of him. He was so confident that, for a moment, Solnit almost believed she might have missed the publication of an important book on the same subject as her own. She writes:

This syndrome is a war that nearly every woman faces every day, a war within herself too, a belief in her superfluity, an invitation to silence, one from which a fairly nice career as a writer (with a lot of research and facts correctly deployed) has not entirely freed me. After all, there was a moment there when I was willing to let Mr. Important and his overweening confidence bowl over my more shaky certainty.

First thing the next day, she wrote her article in one go, and, as soon as it appeared online, it ignited like a powder trail. “It struck a chord. And a nerve.” Among the many responses Solnit received, there was one from a middle-aged man living in Indianapolis, who wrote to say he had “never personally or professionally shortchanged a woman” and to reproach her for “not hanging out with ‘more regular guys or at least do[ing] a little homework first.’” After which, he gave Solnit “some advice about how to run [her] life, and then commented on [her] ‘feelings of inferiority.’”

We end up assimilating this view of ourselves, the fact of our own idiocy, our personal incompetence.

We end up assimilating this view of ourselves, the fact of our own idiocy, our personal incompetence. When perfectly nice, innocent tourists ask me for directions in the street, if I’m at all uncertain, I answer that they’d do better asking someone else—but then, usually as soon as they’re off again, I realize I could easily have shown them their way. “Sense of direction,” “economics”—as soon as a term of this ilk begins to flash in my head, I panic, just as I used to with the word “maths.” A few years ago, researchers from the University of Provence asked two groups of primary-school students to recreate from memory a fairly complicated geometric design. For one group, they called it a “geometry” exercise; for the other group, it was a “drawing” exercise. In the first group, the girls did less well than the boys. In the second, free of the terrifying shadow of maths—and working, therefore, without prior expectation of failure—the girls did better than the boys.

Toward the end of secondary school, I too had a brief opportunity to be free of these paralyzing limitations which I had come to see as irremediable. I had one teacher who was passionate about her subject, as patient as she was caring and a million miles from the self-important loudmouth types I was used to. Thanks to her, two years before the Maturité (the Swiss equivalent to secondary-school graduation exams), I became almost good at maths and managed a very respectable grade in the exam. In the oral section, after running through my demonstration without a hitch, I gave the right answer to a slightly tricky question, and she exclaimed, “Bravo!”

It was 25 years ago and I have never forgotten that “bravo,” so improbably meant for me, next to a blackboard covered in sums. Revelation: my stupidity was not set in stone! (In 2014, Iranian mathematician Maryam Mirzakhani became the first woman to receive the Fields Medal, the equivalent of the Nobel Prize for maths.)

Alongside the subjects I gave up as a lost cause, there were always others where I felt more competent, with some cause for pride—after almost failing in my science subjects, I won the prize for translation from Greek at Maturité. But I’d become convinced that these were subaltern fields, which justified my status as a nice little intellectual satellite, condemned forever to maintain my distant orbit around the Planet of True Knowledge, playing my own little tune. 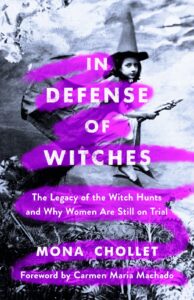 Excerpted from In Defense of Witches: The Legacy of the Witch Hunts and Why Women Are Still on Trial by Mona Chollet. © 2022 by Mona Chollet. Reprinted with permission from St. Martin’s Press.

Mona Chollet is a Franco-Swiss writer and journalist. She is the chief editor for Le Monde diplomatique and has also written for Charlie Hebdo. She lives in Paris, France. 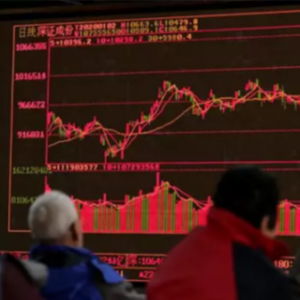