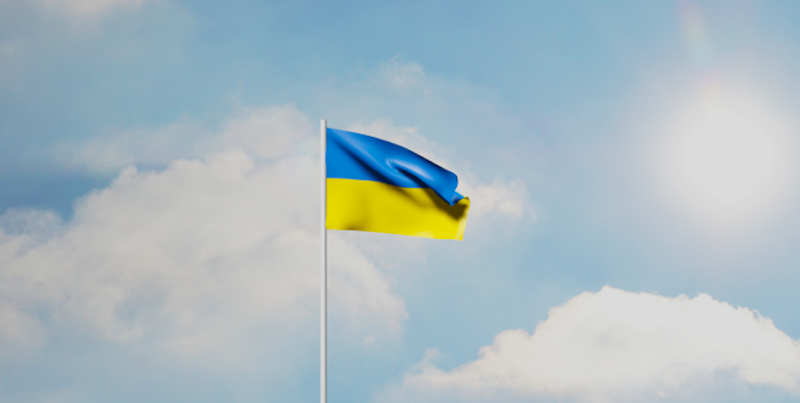 How Ukrainian Writers Are Contributing to the War Effort

A little over a week has passed since Russia left a lasting stain on the notion of Pax Europaea by launching a full-scale invasion into Ukraine. Chernivtsi, the once-quiet town in the west of Ukraine where I live, has been spared from violence for now. According to local government officials, the city of poetry and Paul Celan has become a safe haven for over 12,000 refugees from across Ukraine. Yet, we are collectively rushing to basements or cowering in corridors at the ever-increasing number of air raid sirens.

Before the start of this war, I devoted my life to literature: translating, writing about, and publishing Ukrainian authors. Ukraine is not the country of my birth, but it has been my home for four years. I’ve done all that I can to inspire this love for Ukraine in others, but during the past week I haven’t touched a single book. Instead, I’m checking up on a lot of these authors to make sure they’re in (relative) safety and peace of mind. How will words help rebuild great Ukrainian cities like Kharkiv, which the Russian army is currently leveling to the ground?

Words might be failing us during this difficult time, but many Ukrainian writers have found ways other than writing to do their part: they have stepped up and made important contributions to the war effort by volunteering or taking up arms.

Oleh Sentsov became known to the world after he was arrested on trumped-up terrorism charges for protesting the Russian annexation of his native Crimea. He spent five years in a Russian penal colony and pushed himself to the brink of death during a hunger strike that lasted 145 days. Since his return to Ukraine in a prisoner exchange in 2019, he has been artistically thriving. His satirical alien invasion novel The Second One’s Also Worth Buying is a thinly veiled allegory of the Russo-Ukrainian war, published in 2020; his film Rhino about criminal gangs in 90s-era Ukraine premiered to positive reviews shortly before this latest escalation began.

Now every update on his Facebook features him in army fatigues; he has joined the Territorial Defense Forces. “We are resisting and Putin’s army is losing,” he says in one video. “We will win this war because we have no other choice. I’m very grateful for the support of the whole world. Now everyone has realized who Putin is and that he is a threat not only to Ukraine but the whole world. The whole world is supporting us now because our collective future depends on winning.”

Likewise, Stanislav Aseyev was impacted by this war on a personal level long before the events of February 24. The journalist stayed behind in his native Donetsk, an industrial region in eastern Ukraine, after it was occupied by Russian forces. Aseyev wanted to report the truth about what was happening there, but in the summer of 2017, he was arrested by agents of the so-called Donetsk People’s Republic on fabricated espionage charges and sent to Izolyatsia, a former factory and art center that was transformed by the occupiers into a prison.

“I just don’t have time to be afraid or cry and I see that thousands of Ukrainians feel that way, too.”

Those imprisoned in Izolyatsia are subjected to both psychological and physical torture; women are brutally raped by the prison guards. Most of the prisoners are Ukrainian civilians who found themselves in the wrong place at the wrong time, while others are former agents of the DNR swallowed whole by its death cult. Aseyev would spend nearly two and a half years living through this daily hell until he was released in a second prisoner exchange in 2019. Since then, he has traveled the world to spread the message about Russia’s ongoing war crimes in Donbas and wrote about it in his book The Torture Camp on Paradise Street. He was in Kyiv last week when Russia invaded: the explosions awoke him from his sleep. After making sure his mother was safe in the west of Ukraine, he returned to Kyiv to join the Territorial Defense Forces. When we last spoke on Friday, he told me that the situation in Kyiv was more or less under control, but the fight is not yet over.

Artem Chapeye is yet another Ukrainian author who took up arms after Russia invaded. Before the war, he was known for both his popular fiction and creative nonfiction. He is a four-time finalist for the BBC Ukraine Book of the Year Award, one of the most prestigious prizes in the Ukrainian literary world. He had recently begun exploring his passion for photography and his visual storytelling earned the praises of some news media outlets in Ukraine. He is a self-proclaimed pacifist, not someone you’d ever imagine going off to fight in a war. Yet after Russia launched their invasion, Chapeye evacuated his family from Kyiv to safety and immediately enlisted. “I’m still anti-war,” he told me on Friday, “but I have no other choice. There’s so much human suffering. I know we’ll win, but at what cost?”

Those who cannot take up arms do whatever else they can; every single person has a job to do in this war. If there are no air raid sirens or gunfire outside of your house, then it’s understood that your job is to help people. All of us located in western Ukrainian cities run from one pharmacy to the next and gather as many medical supplies as possible for soldiers on the frontlines. We field calls from friends, acquaintances, and total strangers seeking safe shelter. Nobody knows how long it will last, only that there is already an immeasurable amount of people in need after the first week.

In Chernivtsi, many of the volunteer efforts are being led by young people, including the poet and artist Khrystia Vengryniuk, whose work is deeply influenced by her Catholic faith. She has led numerous volunteer projects to help the Ukrainian Army and refugees since the war began in 2014 and this time around is no different—except that she is pregnant. “This week has completely changed the lives of every Ukrainian, including mine,” she told me. “When we heard that the war had started, my Bulgarian husband had a look of confusion in his eyes because he never had to live through this, while I’ve been preparing myself for what needs to be done since 2014. I told myself that I had to get up and go volunteer, since for obvious reasons I could not join the defense forces. So I continue the work I know I can do. I just don’t have time to be afraid or cry and I see that thousands of Ukrainians feel that way, too.”

Sadly, the Russo-Ukrainian war has been a large part of the modern Ukrainian literary canon since 2014. Some authors even enlisted back then and wrote about their experiences afterward. Yet in those times the war was mostly confined to the Donbas region and did not have the psychological grip on every individual as it does now. It is hard to imagine anyone writing a poem or a novel about this current moment, but someday they will.

Ukrainian writers will weave tales of bravery and heartbreak for school children to recite in school, as they do with the works of Taras Shevchenko or Ivan Franko. Until then, Ukrainian authors are taking part in the fight to secure Ukraine’s future. It’s not possible to mention every single author who is doing something for the current war effort, and to simply list their names would feel like a disservice to their contributions. But they, like every Ukrainian, are making their country proud. I just hope that the world will continue to be interested in and admire Ukrainian culture even when the fighting stops.

Kate Tsurkan is the co-founder and editor-in-chief of Apofenie Magazine and a TAULT translator and board member. Her written work has previously appeared in the Los Angeles Review of Books, Asymptote, The Calvert Journal, and Arrowsmith Press Journal. 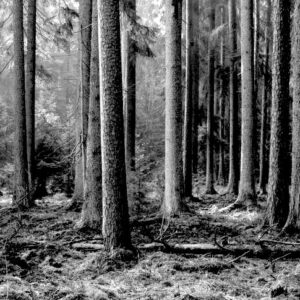