Nathan Englander on writing and worrying • “What if I don’t even like writing. What if my true passion is praise?” On the allure (and trap) of validation • Meet Clare Winger Harris, the reclusive woman who became a pioneer of science fiction • Maddie Crum on narratives of burnout in the gig economy • “Can writing be taught? The answer is obviously yes” • On being black in Appalachia: A response to J.D. Vance • Emily Temple reveals the life-changing magic of 10 Things I Hate About You • A profile of Laila Lalami • Western vs. noir: how two film genres shaped postwar American culture • Meet the host of the podcast for people with no attention span • How the West has drawn a new global map based on fear • How the designer of T Kira Madden’s Long Live the Tribe of Fatherless Girls found the cover’s glitter •  Julie Langsdorf on the illicit, bittersweet pleasure of empty bookshelves • On the daily rituals of Joan Didion, Patti Smith, and more • Kick off your spring book-admiring with some of our favorite covers of March • Amy Hempel on Joy Williams’ ecological call to arms • Clive Thompson on how the algorithm rewards extremism • Astrological book recommendations for April (because literature is never in retrograde) • Pola Oloixarac on the un-Googleable lightness of being • Anatomy of a perfect album: on Joni Mitchell’s Blue • A brief history of the potato • The story of Olive Schreiner, the Charlotte Brontë of South Africa • Was the International Peace Mission Movement a religious cult, a force for civil rights, or both? • How the contemporary cancer memoir is reconfiguring grief • On James Baldwin’s decade in Istanbul • Five reasons a writer should move to London • The Lit Hub staff’s favorite stories of the month • In honor of the 50th birthday of Vonnegut’s classic, here are the best covers from Slaughterhouse-Five from around the world

Revisiting Lawrence Ferlinghetti’s A Coney Island of the Mind on the occasion of the beloved poet, publisher, and activist’s 100th birthday • Nathan Englander recommends five books on transformations, from The Handmaid’s Tale to The Underground Railroad • This week in Secrets of the Book Critics: Lily Meyer on Goodbye, Columbus, Demi-Gods, and freelancing in the age of Twitter • 10 Great Baseball Books for Opening Day: from The Natural to Moneyball • Bret Easton Ellis’ needy essays, Amy Hempel’s experimental stories, and more of the Book Reviews You Need to Read This Week • Harlan Coben’s Run Away: one of the year’s best suspense thrillers OR more cartoonish than compelling?  • New titles from Amy Hemel, Nathan Englander, Lawrence Ferlinghetti, and Édouard Louis all feature among the Best Reviewed Books of the Week

Cara Robertson on the sensational trial of Lizzie Borden and the stifling lives of Gilded Age women • “When I write I do so from the heart.” A conversation with Jacqueline Winspear • Bonnie Kistler presents 4 classic fictional trials that subvert the truth •  Crime and the City visits Bucharest • Literary spies, TV antiheroes, and nostalgia: the CrimeReads editors pick our favorite stories of March 2019 • Eric O’Neill on the early days of Robert Hanssen, America’s first cyber spy • March’s most visually stunning crime fiction covers • Laura Griffin on forensic anthropologists in fact and fiction • Neil Nyren revisits the life and work of South African crime writer James McClure • Tori Telfer answers your most pressing true crime quandaries, such as how to convince the public that you’re the Zodiac killer • Don’t miss March’s best new thrillers • Carol Goodman on how gothic fiction paved the way for today’s psychological thrillers •  R.J. Jacobs on the psychology of suspense • Vivien Chen on missing voices in literature, and crafting a mixed-race protagonist • J.D. Griffo on what crime writers can learn from soap operas • Nicola Maye Goldberg recommends 9 thought-provoking and experimental takes on the true crime genre • Catching up with the folks at San Francisco’s legendary Book Passage
Lit Hub Daily
Share: 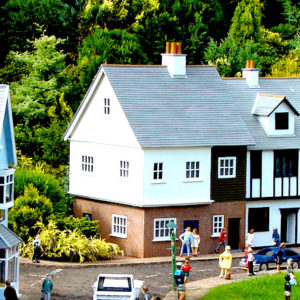 March 11, 2019 Ten percent of British banks’ assets have been transferred to continental institutions, and the estimation...
© LitHub
Back to top