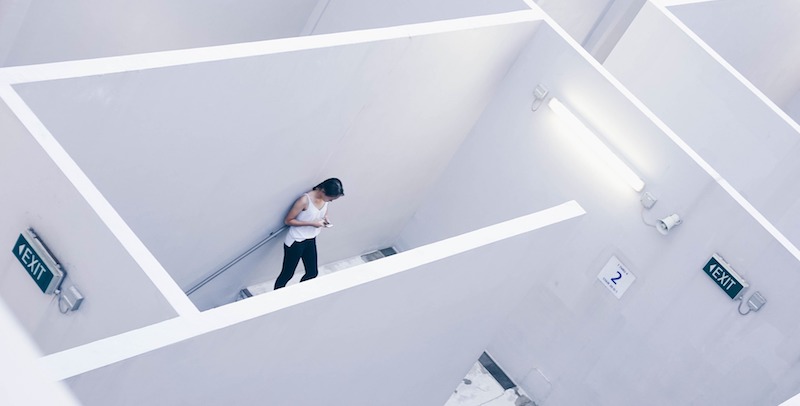 Millie, the 30-year-old narrator of Halle Butler’s second novel The New Me, has been working as a temp at a design firm for just under two weeks when she receives news that launches her into a rhapsodic fantasy. She will no longer just be answering phones; she will now be granted the extra responsibility of shredding documents. “Oh, fantastic!” she says to her boss, thinking, “my expectations [are] so fucked up that my relief at having more clerical work is real and strong.”

Showing the dissonance between a workplace’s chipper atmosphere and its workers’ despondency has become a hallmark of office satires—Office Space, The Office, and Daniel Orozco’s oft-anthologized “Orientation.” And Butler—whose first novel, Jillian, centers on an administrative assistant—uses this convention well. But what sets The New Me apart from its genre is its focus on a particular type of work, one that’s been steadily on the rise: the temporary job, aka the gig. Unlike workplace heroines past, Millie isn’t only caught up in the existential dilemma of reconciling her inner self with her ambitions, which require cunning, expedience, and charm. She’s also unsure how she’ll make rent on her own, and whether it’s worth it to get to know her co-workers, not because of a mismatch in temperament, per se, but because she may not see them again after spending a few months together.

The perils—and some of the privileges—of gig work have been the subject of several recent studies, although the findings have been disputed. By some estimates, around 30 percent of the working-age US population is involved in the gig economy. According to one study, about a quarter of those workers are unwilling participants—people who are strapped for cash and need to take on extra work, or who are struggling to find full-time work at all. Another study described a combination of “traditional” work and gig work as “the new norm.”

What these studies don’t show is the emotional impact of such a fragmented professional life. And that’s where storytelling comes in. There’s no dearth of workplace fiction, or even new fiction centered on working-class characters. Stephanie Danler’s Sweetbitter takes readers through the world of waiting tables; Joan Silber’s Improvement follows a working single mother who struggles to find a sitter for her son when she visits her boyfriend at Rikers Island. But Butler’s book—along with Ottessa Moshfegh’s My Year of Rest and Relaxation, about a protagonist who loses her receptionist job at a gallery because her malaise is so complete that it manifests in constant napping—shows us that workplace exhaustion is spreading, infecting industries that once would’ve been considered fulfilling and stable.

For Millie, the lack of a regular schedule or a regular paycheck—of any regularity, really—makes it difficult for her to take her own life seriously, to be a participant and not only an observer. Her role as an outsider does make her a sharp and often funny critic of her workplace; she notices her boss’ artisanal pears, the uniformity of her coworkers’ dark-hued jeans, and one woman’s fixation with her pedometer. But the cost of all this detached noticing is that she never feels invested in the place that she works, or in the lives of her coworkers, with whom she spends most of her time. And why should she? No one has invested in her.

When a character’s job is dull and cyclical, and when that job takes up the bulk of her time, is it possible to imbue her story with real drama?

Instead, she’s caught in a cycle of small tasks, which have little bearing on whether or not she’ll be hired full-time, and so she completes them, or doesn’t, in the same foggy mindset in which she binge-watches crime shows at home. “There’s a lot of repetition in my life,” Millie notes. “No real routine or narrative, just a lot of repetition, and before I know it, I’m sitting in the break room drinking a cup of coffee (it doesn’t taste good) and staring at my phone again, scrolling, waiting for the motivation to get up and go to the desk.”

Butler uses the word “narrative” a handful of times throughout the book, usually while Millie is lamenting the listlessness of her job. Without long-term wants, she feels neither glee when she succeeds nor loss when she fails, and she’s painfully aware of this. The reality of this set-up presents a challenge for Butler, or any writer hoping to examine the ennui of temp work. When a character’s job is dull and cyclical, and when that job takes up the bulk of her time, is it possible to imbue her story with real drama?

In Millie’s case, the answer seems to be no. Between answering phones and working the shredder, she fills her time with little activities that may, if she’s lucky, bring on a rush of dopamine. She anticipates checking her email and allows herself to fantasize about what she might’ve received, bringing her palms to a sweat. “After all that drama, the contents are almost a disappointment,” Butler writes. “I am eligible for a mild discount at the Container Store, among other things.”

Outside of work, things aren’t much better. She sometimes meets for drinks with her friend Sarah, whose full-time job inspires long-winded stories that Millie resents. Afterwards, she goes home and watches Forensic Files, even though it’s “propaganda for the Justice Department.” Just as she envies Sarah’s petty dramas, Millie finds herself wishing she could live like a TV character, a soap opera star in particular. “They never watch TV, they never check email without event, they always worry about something real, always have a problem that needs to be, and can be, solved,” Butler writes.

At a certain point, Millie identifies her problem as a remove from the physical world, in which she rarely feels present, between time spent on TV and time spent checking email. “We’re so much in our minds, waiting for something to happen, acting it out, that the body and the outer world almost might as well not exist, for all it concerns us,” she observes. To fix this, she picks up running again; she walks to a park; she considers yoga. She tries to envision her future self, but even these visions slip quickly back into her current wants, which are limited to class signifiers that she can’t afford. With a full-time job, she thinks, she’d have, “peace, stability, a clean winter coat, a Swatch […].”

When even the act of unwinding feels oddly laborious, burnout is inevitable.

It seems that Butler wants us to recognize that even our avenues out of corporate listlessness have been repaved in corporate gloss. Practices that were meant to inspire deliberateness and reflection have been “hacked,” “disrupted,” and needlessly improved upon, so that now they serve the counterintuitive purpose of expedience, of getting you back to work. There are apps that make journaling more efficient and startups that provide therapy online. The tagline for a popular meditation app is “Ready. Set. Meditate.”

When even the act of unwinding feels oddly laborious, burnout is inevitable. And, according to a forthcoming book on the subject, women are more likely to experience workplace burnout than men.

In Burnout: The Secret to Unlocking the Stress Cycle, authors Emily and Amelia Nagoski explain why this might be. Women, the authors explain, are expected to shoulder more of the social burdens at work, smoothing over disagreements and educating difficult co-workers on matters of tact and kindness. Sophie, a composite character the authors created by aggregating the thoughts of their interview subjects, “is an engineer, but she’s also a black woman so she rarely gets to be just an engineer. […] Since she is so often the only person of color and the only woman in the room, they all look to her to explain, ya know, why she’s the only person of color or woman in the room.”

Divvying up one’s time between work-work and the emotional labor expected of women at work, can, according to the authors, lead to a “decreased sense of accomplishment” and “depersonalization,” or “the depletion of empathy.” And the wellness industry capitalizes on the omnipresence of burnout. “The problem is that the world has turned ‘wellness’ into yet another goal everyone ‘should’ strive for,” the authors of Burnout write. Instead, they make their own prescriptions, such as “laughter,” “breathing,” and “positive social interactions,” which are vague enough to feel doable, but which still place the onus on their readers to cope with the effects of a sweeping institutional problem on their own.

This is the case for Millie, Sarah, and Millie’s boss, Karen. Collectively, they endure accusations of dressing “unprofessionally,” assumptions that they’re incompetent or unqualified, and expectations that they’ll do the unseen emotional work that goes into a smooth-running company.

Butler is not generous in her portrayal of these women; like her protagonist, she’s sharp and noticing. She gives us the reality of their situation, which is that listless work—especially listless work that yields no long-term benefits—is not likely to engender kindness.

The resulting narrative—or lack thereof—is flat at times. Telling the story of a burned-out temp worker is a tough job. But thankfully, someone’s done it. 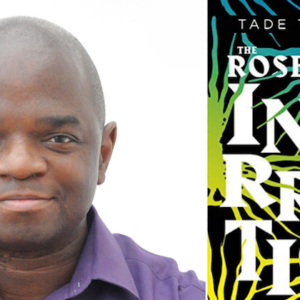