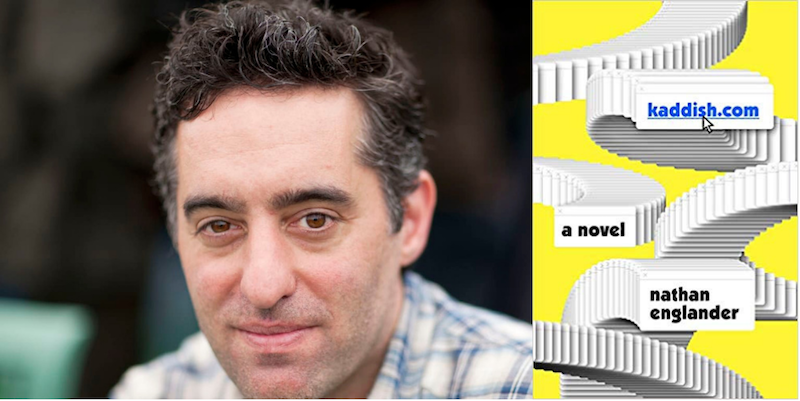 Nathan Englander on Writing and Worrying

Regarding Writer's Block: Ignore it Until it Goes Away

What do you always want to talk about in interviews but never get to?
Gentiles.

What time of day do you write?
When I started writing, I was basically nocturnal. My best hours were super late. But I always thought it would be nice to be one of those early morning folk, who get their composition done at dawn and then have the whole day ahead, wide open. I tried flipping my clock and managed to move the writing up a few hours allowing me to, say, have a family and be around for family things. But I still always do my best work, the real work, in the afternoon. Never before then.

As for the reason behind it, I came up with a completely unfounded theory that, thus far, holds when I quiz other writers about it. And it has to do with worry. I ask writers when they worry and when they write, and it’s usually on opposite ends of the day. The insomniacs, who suffer at night but wake up all cheery (or as cheery as writers get), compose in the morning. And those of us who pass out as soon as our heads hit the pillows, but wake up feeling the weight of the world, we do better being creative in the afternoons. I really think there’s a direct correlation.

How do you tackle writers block?
My really ridiculous answer is that I tackle writers block by not believing it. A person can always fill pages. I mean, if you asked someone just to write a story, any story, a terrible, horrible, unreadable story, they should be able to do that, no problem. And I probably came up with this position in response to the fact that so many things scare me and overwhelm me and make me anxious.

The writing process itself is often so intense and all consuming and hair-pullingly mad, that I guess I decided the idea of being blocked is one gigantical fear too many. So, yes, I don’t even entertain the notion. But, trust me, I do fear other strains of the same virus. I’m sure there’s such a thing as good-writing block. And I know I suffer from a kind of editing-process-vertigo, and book-launch breakdown, and have an excellent case of career dysmorphia. But as far as the blank page goes? That will always pass if you just sit there for a little while.

Which books do you return to again and again?
Oh, there’s a long list of books I go back to again and again over the years, really long—and mostly just for a quick dip, just to hear a certain voice, and muster a certain feeling. (I’m too slow a reader to reread a novel on the regular.) As for the most recent book that I dusted off—and it’s a set of books, in this case–I pulled some of my Best American Short Stories off the shelf.

With kaddish.com coming out now and my novel Dinner at the Center of the Earth published a little more than a year before (which is nutty for me), I guess I miss writing short stories. And poking around in an anthology like that is a nice way to get back into the short story-writing frame of mind. It’s kind of like shuffling a literary deck of cards. I don’t know if I’d otherwise have read a Wells Tower story and then an Alice Munro story back to back. But doing so was a pleasure, and really good for my brain.

What’s the best writing advice you’ve ever received?
I’m sure I have flashier or more romantic advice to repeat. But the most practical advice comes from Frank Conroy. When I started up at the Iowa Writers’ Workshop, he was the head of the program. And at that time he’d meet privately with each new student, which was very scary for a new student (at least for this one). Anyway, Frank would tell us, “You compose three hours a day, six days a week, and then you have a beer and a bump.” I have removed the alcohol-based part of that equation (or at least moved it to later in the evening). But, that routine—three hours of straight composition, six days a week—is really all you need. If you can shut your devices, and shut out the world, if you really make yourself sit in that chair and write for that long every day, I promise you won’t make it two weeks and not find yourself typing away by the end of it.

Nathan Englander is the author of the novels The Ministry of Special Cases, Dinner at the Center of the Earth, and the story collections For the Relief of Unbearable Urges and What We Talk About When We Talk About Anne Frank (winner of the Frank O'Connor International Short Story Award and finalist for the Pulitzer Prize). Englander’s latest novel, Kaddish.com, is out now. 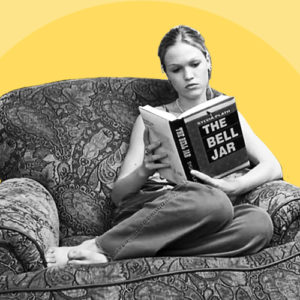 1. Kat Twenty years ago this week, 10 Things I Hate About You hit the big screen. A reimagining of Shakespeare’s The Taming...
© LitHub
Back to top