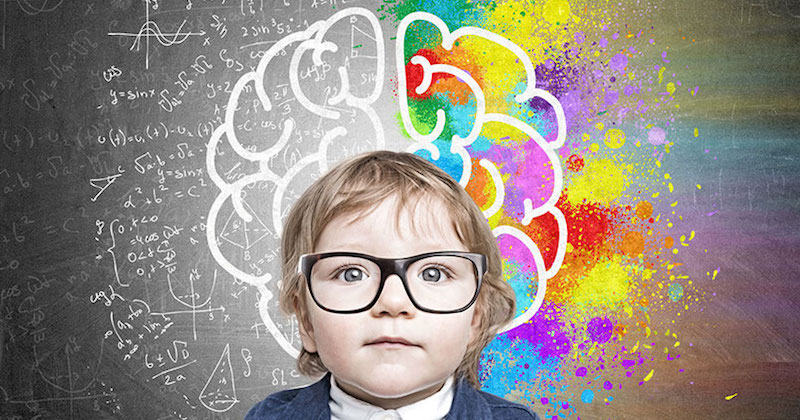 In Praise of the ‘How To’ Creativity Workbook

Creativity Can, In Fact, Be Taught

When I was a teenager, I bought a book—at the Barnes & Noble at the Kitsap Mall in Silverdale, Washington—called How to Think Like Leonardo da Vinci.

I had eccentric reading habits back then, at least viewed from the vantage point of my current reading routines, which are more appropriate to someone who writes novels and essays. I didn’t care that much about books. I liked to play tennis and basketball, play the card game Magic: The Gathering and the miniature tabletop wargame Warhammer, smoke weed and play music with my friends, and either write setting descriptions for a text-based online role-playing game called Dragon’s Gate or curiously prowl around the “m4m” chatrooms I could access all of a sudden through AOL on the family computer.

How to Think Like Leonardo da Vinci rode in on a wave of books in the “bestselling tradition” of The Artist’s Way. Books that offered a programmatic approach to mining your full creative potential. That seemed a lot more exciting to me than whatever I was doing at school, which I rejected in the way only an authority-hating teenager can: I craved rules, regulations, and programs but resented any actual flesh-and-blood person trying to impose them on me. I longed to cultivate my potential in private, away from the judgments of the adult world—a world, it goes without saying, that could not be trusted.

A romance with workbooks was born. Whether carrying out da Vincian exercises meant to strengthen “the essential elements of genius, from curiosità, the insatiably curious approach to life, to connessione, the appreciation for the interconnectedness of all things” or developing an abundance mentality as recommended by The 7 Habits of Highly Effective People, it all felt very active, like I was doing something for myself, thinking about what mattered in life.

I’ve changed a lot since high school, though not in my love of self-help and creativity workbooks. My self has needed a lot of help over the last 20 years; I’ve turned to books like these again and again to refresh my process, expand my repertoire of tools, and to keep a sense of openness and possibility alive.

While “read widely” and “learn by doing” remain sound advice to any would-be writer, I’m not sure where I’d be today without a book called Writing on Both Sides of the Brain by Henriette Anne Klauser. I first picked it up when, 20 years old, I took an internship at an alt-weekly in Portland. I was excited and frightened. I would be actually pitching, actually reporting, actually writing and seeing my words in print.

The question was, What words? I had set out to become a writer. It was a risk. I didn’t really know how it worked or if I would succeed.

Through a series of exercises, Writing on Both Sides of the Brain taught me an essential technique: freewriting. Amazingly, no teacher had ever shown me this in all those years at school. Freewriting goes by many names, but they all describe the same thing: getting rough material down on the page without regard for spelling, grammar, coherence, “rightness,” etc. It involves silencing your “inner critic”—the voice telling you that nothing will ever be good enough, that you’ve expressed yourself clumsily, that you’re a stupid, selfish, doomed nincompoop, etc. With the help of Klauser, I stopped worrying and started working. I separated writing and revision into two different stages with their own discrete aims.

This was a simple tool—Writers Hate Her for This One Weird Trick—that made it possible to begin at any moment. I would set a timer for ten minutes and just pour out as much as possible during that time. Later, I’d groom. By my own measure, I proceeded to have a prolific year, a transformative period of apprenticeship.

Why had no one told me about this before?

Creativity frightens people. And no wonder, since it’s been humping along with its heavy cargo of received ideas for centuries: demonic/godly inspiration; radical, immoral individualism; wild and monumental and mostly male genius. The awe and the fear and the myth-making protect us: greeted by news of our own potential, we really are asked to reconsider the meaning of our lives and to wonder if we’ve done them justice.

Can writing be taught? The answer is obviously yes.

The summer before starting the Iowa Writers’ Workshop, I bought a copy of Julia Cameron’s The Artist’s Way. It hardly needs introduction as the model for many other creative self-help books. It’s a 12-week course that includes such exercises as:

– making a list of “ten things you love and would love to do but are not allowed to do,”

and so on. It asks you to complete three pages of automatic writing every day. It’s framed as a program of recovery and is inspired, in some ways, by 12-step programs like AA. Its subtitle is “A Spiritual Path to Higher Creativity.”

Books like The Artist’s Way frighten people. This shows itself in all manner of dismissive, cynical posturing and declarations of superiority—the small-minded, fatalistic attitude of the terminally hip. Look: I’ve been there. But faced with starting what I understood to be an MFA program where I’d be ordained into the high holy orders of literary craft, it helped me stay connected to a sense of play, to frivolity, to a holistic and “doable” creativity.

In my new novel, Cheer Up, Mr. Widdicombe, I poke fun at books like these. The title character decides to start writing one in an elaborate game of authorial one-upmanship with a self-help guru named Gracie Sloane. Gracie has come to the Widdicombe family’s house for the summer to work on her newest title, The Habit of Wildness, a guide that makes the vertiginous promise of “a return to nature through creative play, and a return to play through a return to nature.”

There’s a bit of Julia Cameron in Gracie, as well as some Esther Hicks, author of the Law of Attraction series—a somewhat more esoteric course in abundance. My satire of these undertakings is also an act of affection, of love and fascination: without books like these, I might never have written my own. I have serious respect for the blood and sweat and generosity of spirit that go into these projects.

I would read every chapter in The Habit of Wildness. I’d do all the exercises. On some level, Gracie, like many of the writers I’ve been discussing, wants to help people live more fully and meaningfully, develop more expansive inner lives. She is crafting tools, not toys, even when she blurs that categorical line with her ingenuity and vision. The best workbooks are not get-creative-quick schemes. They’re not How to Write a Novel in the Bestselling Tradition in 30 Days. They encourage thinking about creativity as a lifelong practice, one rich in techniques that, whether or not they fill your coffers, awaken the soul.

I’d like to leave you with one last point on the subject of creativity, workbooks, and fear. Over the years, I’ve reflected that a considerable number of the people producing and making use of these pragmatic guides to lifelong creative practice are women. In my view, this has been reason enough for some people to regard them with disdain. How could she possibly know the first thing about creativity?

A mentor and role model, Lan Samantha Chang, directs the writing program at Iowa. She has written elsewhere about the importance of protecting our inner lives. To judge from interviews she’s given over the years, she’s occasionally been asked one of the stupidest questions about writing I’ve ever heard: Can writing be taught? It is, in fact, a hostile, fearful question masquerading as an intellectual one. The answer is obviously yes. What anyone possessed by such a question should really be asking themselves is why the idea of someone else learning to write or make art—to seek the fulfillment of their own potential, in short—makes them so profoundly uncomfortable.

Evan James is an award-winning writer whose personal essays and fiction have appeared in such publications as the Oxford American, Travel + Leisure, and The New York Times, among others. He received an MFA in Fiction from the Iowa Writers’ Workshop and has received fellowships from Yaddo, Virginia Center for the Creative Arts, The Carson McCullers Center, The Elizabeth Kostova Foundation, The University of Iowa, and the Lambda Literary Writers’ Retreat, where he was a 2017 Emerging LGBTQ Voices Fellow. He has taught at The University of Iowa, The Iowa Young Writers’ Studio, and Victoria University of Wellington in New Zealand. Born in Seattle, he now lives in New York and teaches creative writing and English at Pierrepont School in Westport, Connecticut.

'The Proof' A Poem by Toi Derricotte

Meet the Reclusive Woman Who Became a Pioneer of Science Fiction 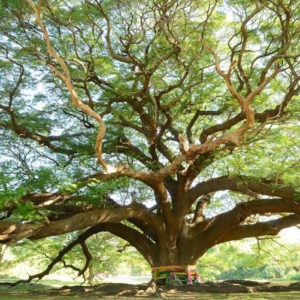 'The Proof' A Poem by Toi Derricotte

After thirty years, I was done with talking. I had told him I was leaving, but still we’d sit at the dinner table—me,...
© LitHub
Back to top