TODAY: In 1717, writer and mystic Jeanne-Marie Bouvier, one of the key advocates of “Quietism,” dies.

From cows to Nabokov to art school, 16 books you should read this June • 17 great writers on their favorite short story collections: Lauren Groff, George Saunders, Samanta Schweblin, Helon Habila and more • Paul Beatty talks on LA lit, The Sellout, and life after winning the Man Booker Prize • How train-hopping gave me my life back: poet Kai Carlson-Wee on the origins of his collection, RAIL • The last days of Robert F. Kennedy: Timothy Denevi on the radical compassion of an American icon • From Nobel Prize winners to canonical poets, 20 writers who’re still notoriously underrated • Peter Wohlleben turns his attention to the not-so-secret life of stars • A vigilante feminist terror organization meting out capital justice to #MeToo’s worst offenders? Does AMC’s new adaptation of Dietland take things too far, or not far enough? • From darkly adamant NO, to brightly urgent YES: 14 writers on whether or not to have kids • We, for one, do not welcome our new billionaire space overlords: Elon Musk, Jeff Bezos and the commodification of the void • Kristen Arnett doesn’t actually play a librarian on TV, but she totally could: On pop culture portrayals of the library, and how they’re getting. . . cooler? • When your childhood memories are slowly privatized: Caleb Johnson on the lost lakeshore of his youth • Elizabeth Alexander on Lorna Simpson: “Black women’s heads of hair are galaxies unto themselves. . .” •

“I spent the first 19 years of my life defending my virginity!”• Hannah Pittard goes where many of us won’t: a conversation with her mom, about sex • Literary classics retold as two-panel comics: Grapes of Wrath = “Farming sucks. Road trip! Road trip sucks.”• Aminatta Forna digs into the truth about fiction vs. nonfiction • How Prince helped me finally feel seen: James Tate Hill on the multifarious legacy of an American icon • For Adrienne Celt, moving from her beloved apartment to a new home was like going through a bad break-up. So she drew about it • Emily Heiden visits an abortion clinic that wasn’t • On being a translator from Catalan • Salman Rushdie on his sister’s culinary genius: Sameen Rushdie’s home cooking comes to America • Surviving a Rocky Mountain winter in a horse barn, all in the name of writing • When one man has had enough: on documenting the systemic torture of the Assad regime • How did Los Angeles become a destination city on the rare book trail?

10 June crime releases to bring to the beach • Anthony Horowitz on the delights of the meta-detective novel • 10 literary novels that offer a master class in suspense, from Debra Jo Immergut • Chris Abani on crime fiction in Lagos, then and now • Kristen Lepionka looks at the representation of queer characters in crime fiction • Tara Isabella Burton on desire, identity and violence in classic thrillers from Highsmith and Du Maurier • Maria Hummel on the feminist rage, transcendent violence, and surprisingly accurate blood spatter of 17th century painter Artemisia Gentileschi

• Feed your true crime addiction with these ten June releases • An infographic that tells you how to name your next big crime novel • On the private prisons of the Amazon • 12 works essential to understanding the mafia • J. Kingston Pierce on the long, strange history of U.S. Presidents in crime fiction
Lit Hub Daily
Share: 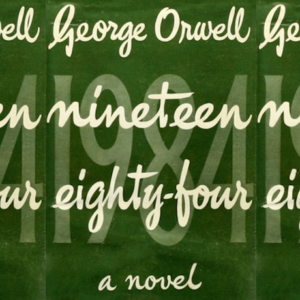