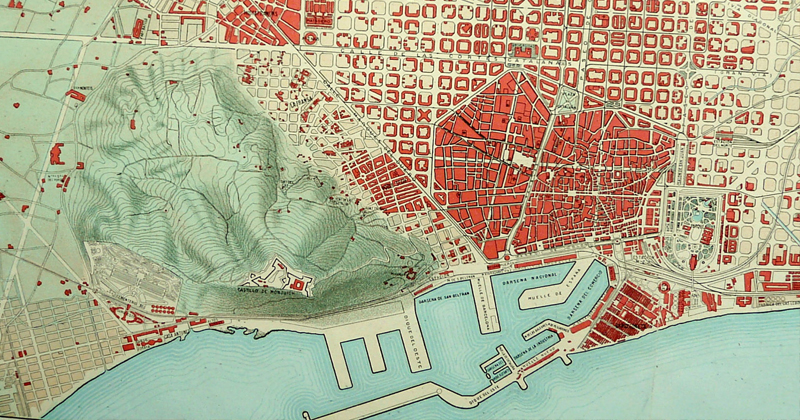 I’m a substitute for another guy
I look pretty tall but my heels are high
The simple things you see are all complicated
I look pretty young but I’m just backdated, yeaaahhh.(2)

I was recently on a film set, and caught myself commenting, “That’s a weird job” about the stand-in who took the real actor’s place as they set up the lighting between shots. Then I realized that’s my job, I’m a stand-in.(3)

Not From Around Here

In our world where language decline and extinction seems as inevitable as gentrification, where it is estimated a language dies out every 14 days, Catalan is an anomaly. Despite attempts at linguicide, Catalan—the ninth most spoken language in Europe—is doing fairly well (depending on who you ask) with at least ten million speakers. When I first moved to Barcelona, I was fascinated by the very overt linguistic campaigns, particularly one that exhorted me to “speak without shame, speak freely” and just keep trying despite my mistakes. I signed up for classes at the Center for Linguistic Normalization and, lo and behold, I got normalized. After about three years of studying Catalan, I noticed that my fellow students weren’t the young foreigners of my more basic classes; they were Catalan retirees, finally able to devote some time to becoming literate in their native language after being deprived of that by Franco’s long dictatorship. I was struck both by the need to assert this normalcy of one’s native language, and the resilience of Catalan’s survival.

The first linguistic campaign to promote Catalan, in 1982, featured a nervy little girl named “Norma” in a series of adventures, including correcting a friend who made her a birthday cake, running across a fake fakir on the Ramblas selling “language learning pills” made up only of “the desire to learn,” and speaking Catalan with an elephant.(4)

Catalan has more than five centuries of publishing history, and I am proud to play a small part in continuing that epic journey of normalization by translating contemporary fiction such as Alicia Kopf’s Brother in Ice.

Right now I am feeling vast indifference, an extreme lassitude that’s affecting both my spirit and my body. I’d like to lie down in a very soft bed, and sleep a long time and perhaps never wake up again. At four this afternoon they open the border and the gendarmes let us through. Before us is France, clean, tranquil, no disturbances breaking the stillness of the landscape. The few rural homes we see from the crest are whole and their chimneys smoke with a normality we had lost touch with almost completely.

In 1939, many Catalan writers went to France, unaware just how quickly that country would become the next place they had to flee, unaware of how unfathomably long their exile would last. Take Pere Calders, author of the quote above, who arrived in Mexico at the age of 26, not to return to Catalonia for 23 years. There, in his Catalan bubble—which he once described as “strictly transitory”—he had three children. And wrote five books in Catalan.(5)

“Have we reached that normality? Will we ever? The answers to these questions, I’m afraid, are above my pay grade as stand-in.”

Mexico, Headquarters of the Republican Government in Exile

Mexico, a country close to my heart, where I once dreamed of starting over, was the only country that never recognized Franco’s regime. The government of Lázaro Cárdenas set up welcome parties for the 5,000 Catalans who came over the ocean on crappy old ships. I imagine the culture shock between my two favorite countries, and add to my reading list Paraules d’Opòton el Vell (1969), by Tísner, an apocryphal account of the 16th

-century counter-conquest by a group of Aztecs who arrive to the coasts of Galicia.

Stubborn Catalan “intellectuals”—Calders didn’t identify with the term—forged a Catalan-language publishing world in Mexico of more than a hundred periodicals and more than three hundred books.

“Mexico was, without a shadow of a doubt, the country where Republicanism and Catalanness was best preserved, and in the best conditions, during those early years.” In fact, it was in Mexico (in 1954!), where Josep Tarradellas was chosen president of the Catalan government, at the Mexican embassy of the Spanish Republic.(6)

Alicia Kopf’s fascination with the epic history of Shackleton, Scott, and Amundsen’s polar explorations serves as a metaphor for the narrator’s coming of age as an artist, a daughter, and a sister in the hostile, uncharted territory of early adulthood in a Catalonia ravaged by economic recession. I found an unlikely parallel here with my own research interests, the endurance of Catalan language and the resolute journeys of the exile writers to leave testimony of their cultural survival: it turns out that Calders himself returned time and again to the myth of the Titanic and its iceberg foe.

. . . Calders managed to intellectually survive not only social realism but also the very concept of modernity. [ . . . ] modernity consisted, among other things, in having a progressive vision of history, in believing that since Adam and Eve’s expulsion from Paradise, men and women have improved, materially and morally, and that our moral progress was induced by our scientific progress. At least that was what most European intellectuals believed in the 20th

century, the century of the great ideologies. Calders, however, didn’t subscribe to the great ideologies and [ . . . ] was enormously distrustful of progress. On the other hand, he was hopelessly drawn to the shipwreck of the Titanic, one of the great collective myths of his childhood. The Titanic’s shipwreck represents the shipwreck of modernity because, how can one understand that the most powerful and most invincible human invention could be split in half by the sharp edge of an iceberg?(7)

Calders was raised in a cultural atmosphere that aspired to normality. A normality that in the 1930s [ . . . ] seemed in arm’s reach of Catalonia.(8)

[ . . . His was] a generation that, without renouncing their critical reflections on human contradictions and weaknesses, was beginning to feel free from the weight of “sacred patriotic missions” and more committed to the formal quality of creative work than the reformative effects that work could have on their immediate social environment.

[ . . . His was] a literary body of work that, as heir to that period and those principles, would be nearly impossible to evaluate fully until the country and its readers recovered a certain normalization, at least comparable to the period in which Calders began writing.(9)

Have we reached that normality? Will we ever? The answers to these questions, I’m afraid, are above my pay grade as stand-in. And I should get back to the translation I’m working on.

“In this life (if you go astray) you can end up shipwrecked with a boat or without one, but the results are exactly the same.” Pere Calders, Ronda naval sota la boira

1. Online Etymology Dictionary, a very useful tool for translators to make sure they aren’t introducing anachronistic expressions into period books.

2. The Who, from their 1971 album Meaty Beaty Big and Bouncy. According to Pete Townsend, this song was inspired by Smokey Robinson’s “The Tracks of My Tears.” I am rather easily moved to tears, but not usually while translating. An exception: the description of the poet Josep Carner’s return to Catalonia shortly before his death, for the first time in 30 years.

3. I have a stock quote about translation being finding the balance between lack of confidence, which is paralyzing, and overconfidence, which leads to mistakes. In any case, Brother in Ice is about creative courage, so here goes. I will try to express some things I know, without being crippled by the weight of the things I don’t.

4. The writer of this campaign was none other than Tísner, Pere Calders’ brother-in-law, who spent 26 years in exile in Mexico. Among his many accomplishments are translations into Catalan of One Hundred Years of Solitude and The Aleph. He was also a student of Nahuatl.

5. Calders is also credited with two translations from the French. Translating into Catalan was seen as essential for its normalization.

8. In 1932, the first Catalan Statute of Autonomy established Catalan as the official language of Catalonia.

All translations throughout mine.

Mara Faye Lethem is based between Barcelona and Brooklyn, and translates from Catalan and Spanish. She has translated many contemporary novelists and is a reviewer for the New York Times. 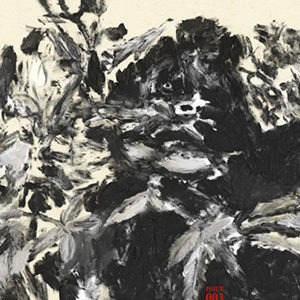