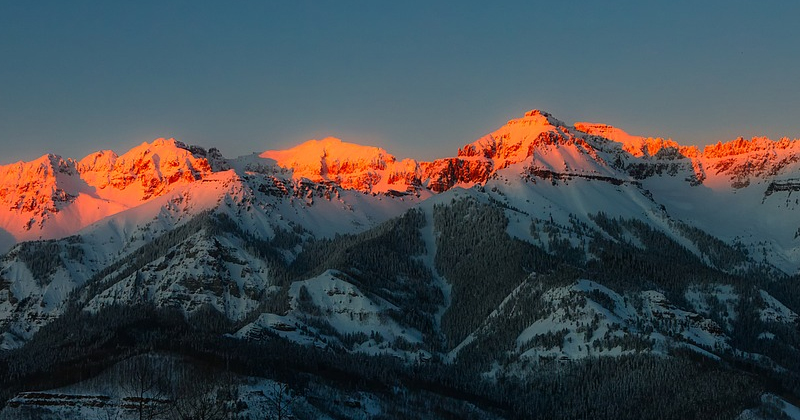 Surviving a Winter in the Rockies in the Name of Writing

Early on, I gave my allegiance to the mountains. Not just any mountains—the Rocky Mountains. I don’t know the name for the strange alchemy of our kinship but it runs deep in my veins, a current as strong as instinct. The naturalist and writer, Terry Tempest Williams says, “perhaps the most radical act we can commit is to stay home” and it’s for this reason that my writing life, like a James Fennimore Cooper novel, has been a series of removes in the foothills along the Front Range of Colorado as I’ve tried to establish a solid place to make a literary stand.

When I was young and willful, determined to do things alone, determined to show I was competent and not afraid, I took up residence in a horse barn, rumored to be an historic Pony Express stop.

The barn sat on a bucolic ten acres near a pond on the sunless side of Left Hand Canyon about 20 miles outside Boulder, Colorado. Like other mountain places I’d rented, it had a rusticity and funk that were inversely proportional its monthly cost, with a toilet I dug myself out back and barn doors whose gaps I padded each night with three inches of foam to keep both critters and the cold mountain air from rushing in. Yet, it was not without modern conveniences: I got the phone man to run a line 400 feet from another outbuilding, so I could have a sluggish dial-up internet connection. In summer, I bathed with a solar shower hung near the creek and in winter, in four inches of warmed water in a stock tank in the kitchen.

The warm months were easy. I spent my days with the barn doors thrown wide, my blond husky, Elvis, watching squirrels run between trees in our tiny glade from the wood porch while I wrote. But winters were hard. The barn’s propane blower was jet engine-loud and inefficient. Most mornings, I hastily donned a fleece pullover and hopped out in my bare feet to get wood despite frigid temperatures and snow, before writing, before even coffee. As Elvis bounded about marking spots, burying his nose deep in fresh powder, I emptied the overnight pee bucket and then broke wood from dead branches and downed logs before dashing back inside. I’d underestimated both the early onset of winter at 8,000 feet and the amount of kindling I needed to fill the kitchen stove’s tiny side box, a remnant of its wilder days as a domestic device that also heated the house. One thoughtful owner had converted it for modern use so I had one electrical burner for heating water but was still able to use the firebox like a furnace.

My days at the barn were ordered, quiet. I learned focus and concentration in part because of the discipline of tasks necessary to get my day going: let out the dog; empty the bucket; gather wood, make a fire; mix equal parts hot water from a kettle and cold water from a jug in a plastic basin so I could wash my face and fire-blackened hands; make coffee.

These chores were like meditation, a gentle settling in. I rose early, in the deep mountain quiet, my body in motion, my mind fixed. Once my duties were completed, I wrote. At first I simply took in the details of weather and birds, gathering them in my notebook like someone pulling laundry from a line, before, gradually, the details and the long silences, the distraction-free barn became stories and poems.

“Lonely is a word that describes what it means to live profoundly.”

In part, the ritual of each morning calmed my too-busy brain, but just as important as repetition and quiet was landscape. For me, writing lies in my connection to wild places where I found a home in the details: the winter wind, the first hint of sun, the color of dawn; the ticking sound the woodstove made when it was heating; the creak of pines, full of sap in summer, and aching, frozen in winter; the beauty of bare aspens against a winter sky, the quality of snow—soft, fat, sharp, stinging; and the Colorado sky, the architect of it all, whose blue is the deep translucent blue of dreaming, whose moods reminded me that each day was its own imperative. Day after month after season, the practice of taking it all down became meditation and I, an observer of place. And then its keeper.

“Everything in nature,” says the writer Gretel Ehrlich, “invites us constantly to be what we are.” Not who but what. On the most basic level, I was landscape too. Even though my intention in moving to the mountains may have been rooted in escape—I never quite felt settled in a world that questioned my strength, that called women like me bossy and bitchy—the natural world coaxed me back into myself. The process wasn’t unlike what Hindu mystics tell us happens to the self over time with meditation practice. You learn to let everything drop away. In connecting more deeply to a place, I connected more deeply to myself, to my own complex and complicated landscape. Ehrlich says it this way: “We are often like rivers: careless and forceful, timid and dangerous, lucid and muddied, eddying, gleaming, still.”

Yet there was a price to be paid for my pastoral paradise: the winters were isolated and lonely. I was once was stranded for five days in a five foot snow, unable to wade through wet chest deep drifts to get to the road, while down in Boulder, college kids ran around in shorts and flip flops in suddenly warm March air. The long winter nights, when the sound of my own voice startled me after a day of deep quiet, were worst. I’d lie in bed with books and the Sunday Times crossword, counting the hours till sleep, the silence drawing out before me, like eternity, like an endless absent ocean. Sometimes the wind would rise and moan its way down canyon, howling outside as it slammed into the barn. Then, I would read Wallace Stevens over and over, trying to have “a mind of winter.”

“Anything you do deeply is very lonely,” admonishes Guru Katagiri Roshi to the writer Natalie Goldberg. It would take me years of mountain living to learn that being lonely, the way Roshi meant it, was not really about isolation at all. Instead, it was about embrace: Lonely is a word that describes what it means to live profoundly. “Only after we have discovered [the world] for ourselves,” says Wendell Berry, do “we cease to be alone.” With each solitary season, I touched more.

I’m not the only writer who has made this kind of calculated trade-off, who embraced the off-the-beaten path life for solitude and space. Thoreau retreated to his cabin and Ed Abbey withdrew to the Utah desert where he worked as a seasonal park ranger back when nobody went to Arches. Environmental activist and writer Doug Peacock was a fire lookout.

Of course not all writers disappear into landscape. Nature writer David Gessner writes in a “shack” that faces a marsh behind his house. I am told it fills seasonally with water and birds. Maya Angelou famously kept a hotel room, leaving her home at six each morning, to go “lie across the bed” and write in a room whose walls had been stripped bare so she could feel “all my beliefs . . . suspended.” Patti Smith writes in New York cafes, preferably before the city is awake. D.H. Lawrence liked to write standing against a tree.

What we have in common, I suppose is ritual, a commitment to practice, a dogged insistence that this way lies art. Still it’s the writers who stubbornly stick to place, as I have done, even in the face of adversity, that leave the greatest impression. None compare in my mind to writer Rick Bass, who traded Mississippi and what was likely a well-paying job as a petroleum geologist for an uninhabited corner of Montana near the Canadian border, modestly reporting that he put up 20 cords of wood which he claims was “not enough” for the winter there.

The most I ever burned was four.

Living remotely as I do is, no doubt about it, tough business. Another wood-stove heated cabin would burn to the ground—the fire caused by a malfunction with the stove itself—and along with it, most of my writing. Too stubborn to quit and too committed to a place to move, I chalked up the disaster to the danger of wilderness living and kept on going. It would be the greatest act of faith of my life.

Each writer makes trade-offs to keep writing. Mine is commitment to “stay home,” to practice accepting what the wild earth, with its mixture of danger and beauty, has to offer, and to learn through the experience of my days, to live with such grace.

Karen Auvinen is a poet, mountain woman, lifelong westerner, writer, and the author of the memoir Rough Beauty: Forty Seasons of Mountain Living. Her body of work, which examines what it means to live deeply and voluptuously, has appeared in The New York Times as well as numerous literary journals. A former Artist-in-Residence for the State of Colorado, Karen is the winner of two Academy of American Poets awards and has been nominated for several Pushcart Prizes in fiction. She earned her MA in poetry from the University of Colorado—Boulder, under the mentorship of Lucia Berlin, and went on to earn her PhD in fiction writing from the University of Wisconsin—Milwaukee. Currently, she teaches film and popular culture at the University of Colorado—Boulder.

How LA Became a Destination on the Rare Book Trail 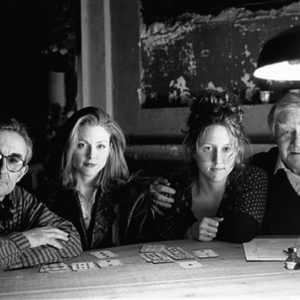 Raymond Carver had a hero and role model: Chekhov. After Carver died, many obituaries suggested Carver was “America’s...
© LitHub
Back to top