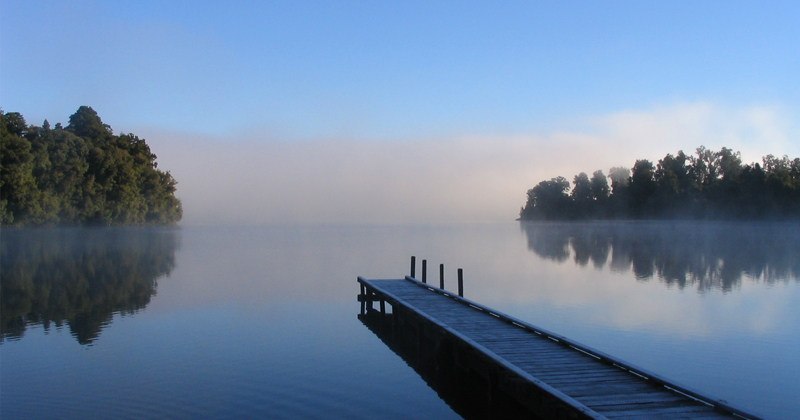 When Your Childhood Memories Get Privatized

On Summers Spent Swimming in a Manmade Lake

Some of them made their living cutting the timber down, snaking it one log at
A time up the hill and into town. TVA had a way to clear it off real fast.
Lots of men and machinery, build a dam and drown the rest.
The banks around the hollow sold for lake front property
Where doctors, lawyers and musicians teach their kids to waterski.

Some of my earliest memories take place at Lewis Smith Lake, or just Smith Lake as everybody back home in Alabama calls it. My mother didn’t work, so when summer arrived she often packed a cooler with sandwiches and Cokes and drove us to some undeveloped stretch of lakeshore. We’d stay until the sun dropped beyond the treeline, turning the milky-green water black. Her reading paperback romance novels, me searching for lost fishing lures and arrowheads I’d carry home and arrange on my bedroom windowsill.

The highlight of those summers was always the Fourth of July, when my extended family came to visit and we camped the whole week on a shady point at a place called Little Dismal. To get to this spot we had to drive through terraced pastures and down a washed-out road long ago cut through overgrown woods. The trip alone felt like an adventure; it seemed to take hours. My cousins and I would ride with the dogs in the back of my grandfather’s pickup truck, dodging the branches whipping past our heads as we precariously leaned over the side.

From our campsite you saw no houses on the lake. Rarely did a fishing boat come trolling down the long straight channel. There were signs of man along the water’s edge though—pull-tab beer cans, decomposing towels, a blown-out tire, deflated floats, Styrofoam broken loose from docks. I examined this trash as if it was part of an important archaeological site. Old bottles were the true prizes. At some point my grandmother had mentioned they could be worth money. I dug up as many as I could find, rinsed off the sand and mud, and proudly toted them to be appraised by her and her sisters.

At sunset my uncle, an ex-Marine, strung up a hammock in which he reclined and smoked cigarette after Camel cigarette, dropping the butts in a Dr. Pepper can. Meantime, us kids cleared the ground of sticks and rocks so a palatial three-room tent could be set up. My grandfather, when he was still alive, sat shirtless at a nearby ledge. “Y’all scaring away the fish,” he’d say to my cousins and me as we ran into the water one last time before dark and dove under to see who could bring the biggest rock up from the bottom. Back then Smith Lake seemed as if it belonged to no one, which meant it belonged to anyone who set foot in it.

My mother was born the year before Smith Lake was created with the completion of a 300-foot-tall earth and rock-filled hydropower dam. One of the largest east of the Mississippi River. Smith Lake was, in part, meant to be a solution to a problem coal companies had. Despite a series of locks and dams built on the Black Warrior River in the late 19th and early 20th centuries, there were dry periods when the river became too shallow for barge traffic. The idea was building another dam, and thus creating a lake on the Sipsey Fork, would allow the river’s depth to be more reliably controlled by man.

Due to an unusual amount of rainfall and other factors, the lake filled up quicker than the Alabama Power Company—the utility company that built Smith Dam—expected. While the flood zone wasn’t heavily populated, every house and church and grave were not moved before the river reversed into the sandstone hollers and topped the wooded hills. My mother did not know a time before the lake existed, though she remembers and speaks of it with unnerving clarity thanks to stories her mother, my grandmother, told. These stories, some myths, were passed down to me at such a young age they sometimes feel like memories of mine. I’ve always fantasized about the lake being emptied so I can walk this lost landscape. My fascination with bodies of water and what’s beneath them, I think, has to do with man’s inclination toward mythmaking—toward understanding the unknown.

“Myths and memories were made to work in times of change—not only helping us understand who we are and from where we come, but who we are becoming as well.”

My own childhood came shortly after the beginning of a real-estate boom on Smith Lake. Families from nearby cities like Birmingham and Huntsville were looking for a place to build vacation homes and our deep clear water beckoned. One by one, houses appeared along the channel where my family camped every summer. Multi-story boat docks rigged with lights and speakers fouled the once clear-sky, bug-and-frog orchestrated nights.

Access became a problem for my family and others. The point itself was eventually sold and a big white house built there. Every year it became harder to find a place where you could swim without paying a fee or owning land, let alone camp for a whole week. Even if you purchase a lake lot, many properties come with building restrictions. These restrictions are framed as a way to protect the land’s value, but I have a hard time seeing it that way. The restrictions feel like just another way to make the lake exclusive.

America became wealthy by harnessing and developing its natural resources. Understanding Smith Lake wasn’t an exception, but an example of this, diminished some of its mystery for me. In order to reckon with this, when writing my novel, Treeborne, I set the fictional town of Elberta, Alabama along a manmade lake. As with many first novels, what was meaningful in my life would be meaningful to the lives of my characters.

I gave a character named Hugh Treeborne a job with a company called The Authority. Meant to be a collage of the utility companies that brought hydropower to the South after the Great Depression, thus altering the region’s landscape and culture, The Authority arrives in Elberta to build a dam. Locals come out to watch the construction take place, picnicking and taking photographs while Hugh and the other men work. Hugh struggles with his role as he understands what all will be lost when the dam is completed. In response he does terrible things—and beautiful things too. Neither of which stop the landscape from being altered.

I named the lake for Hernando de Soto, who came through what would become known as Alabama on a conquest in the 1500s, and I limited its size. Whereas Smith Lake has 500 miles of shoreline spanning three rural counties, Hernando de Soto Lake is contained entirely within fictional Elberta County. Access would not be a problem for my characters though. They would not need to pay a fee or own land to set foot in de Soto Lake. They walk or drive pickup trucks and dirt bikes right down to the water’s edge, where they listen to the local radio station and build fires, cast bait and bottles and watch ripples grow outward on the water’s surface like time itself. When the lake’s water level drops, they search the muddy shore for discarded treasure. Never once do they encounter a house within eyesight of the water.

Hugh Treeborne’s story is bookended by that of his granddaughter, Janie, who, decades later, in an act of resistance, refuses to leave Elberta before the dam her grandfather helped build is imploded and the town flooded. Janie cannot tolerate being separated from the place where all her memories lie. She’d rather drown with them, Volkswagen-sized catfish guarding her silt-covered body.

Janie Treeborne’s defiance is, I learned through writing, wrong-headed, though I can’t help admiring her for it. Reckoning with my own changing relationship to Smith Lake through fiction helped me understand the myths and memories I grew up on were not threatened by, for example, development. In fact myths and memories were made to work in times of change—not only helping us understand who we are and from where we come, but who we are becoming as well. A process every bit as dynamic as the land itself.

Last summer my mother, my fiancée and I wanted a place to swim. We drove to Duncan Bridge Marina, where you pay to access a manmade beach. Thunderheads were bunching up in the sky and the lake wasn’t busy for a warm afternoon in late July. I told my mother not to pay, but she stuffed some bills inside a lockbox anyway.

Meantime, I walked past the beach, ducking a ramp leading to a helicopter pad the marina’s wealthy owner had built, and around the corner to a sandstone shelf. I stepped off one ledge and sank to my waist in lukewarm water. I could see below the surface where the next ledge dropped off to an unknowable depth. I stepped again and sank in over my head.

Caleb Johnson grew up in Arley, Alabama and is the author of the novel Treeborne, which will be published by Picador in June. He has written for the Southern Foodways Alliance, The Paris Review Daily, and The Bitter Southerner, among other publications. Currently he lives in Philadelphia, where he teaches while working on his next novel.

Galaxies Unto Themselves: Lorna Simpson's Collages of Black Women's Hair 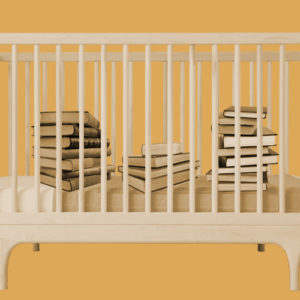