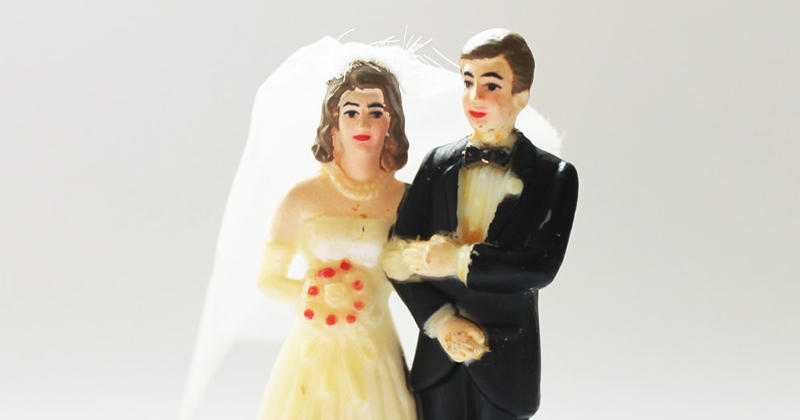 Men, Sex, and What it Means to Be a Woman: Conversations with My Mother

A few nights ago, my mother said the damnedest thing: “I saw half a dozen erections before I ever had sex.” Something else she recently said: “Of course I didn’t kiss him. The last three times I kissed a man on a first date, I ended up married.” Something else: “The truth is, I don’t believe in marriage.” Something else: “A man will have sex with anything.”

My mom and I have been having lots of talks about sex lately. This is, in part, a response to the #MeToo movement, to Trump, to Harvey Weinstein, to the existence of men in general. But it’s a result, also, of a particular incident that happened not too long after I got a divorce, sold my house, and moved in with my mother—about a year or so after Trump’s “grab her by the pussy” comment.

I’d arrived early to our favorite restaurant, promising to save my mother a seat at the bar. (This is, incidentally, where she and I have been having most of our conversations about sex—something about the publicness of the place making the topic less daunting than if we were home alone. There seems to be an understanding between us: in public, we can only go so far with our admissions and assertions.) At any rate, that night I walked in to a nearly full bar, all but one stool occupied by older men. I politely asked one of them to move over so that I could sit on that open stool. The man and his older pal turned to regard me. They looked me up and down. They took their sweet time. It would have been comical if it hadn’t been so degrading. Finally—no joke—the first man (both of them old enough to be my father) said this: “You can sit anywhere you want, doll, including right here in my lap.”

Because I, like so many other women talking and writing about their experiences with misogyny, have been trained by society to defer whenever possible to decorum and politeness, especially in the wake of straight-up grotesque behavior and indecent insinuation, I demurred with what I hoped would seem mild indifference, saying I’d take the free stool all the same. The men laughed. They asked my name. One of them had a daughter named Hannah, it turned out. She was set to give birth any minute. When it was clear I wasn’t interested in talking, the original man finally said, loud enough for the entire bar to hear, “I guess that’s one more thing I’m not allowed to say anymore, huh? Some people have no sense of humor.”

Eventually the men left and my mother arrived. I told her what had happened. She asked why I hadn’t said something. We talked about my options. We both wished I’d had the gumption to try out something along the lines of: “Can you imagine your daughter being invited to sit on a man’s lap? A man as old as you? A man who looks like your friend here?” But I didn’t. I stayed quiet. And I let the man get away with the excuse that so many men have gotten away with: He was only teasing.

That was the night that kicked off our tradition of talking about men, sex, and what it means right now to be a woman in our country.

My mother was born in 1949 to parents who, if they did love her, didn’t feel obliged to show it. (At my mother’s second wedding, my grandmother famously asked, post-nuptials, “You’re not wearing that, are you?”) By my mother’s telling, they started looking for a husband for her when she was still in high school: it was the least she could do for the family; otherwise, what was the point in having been born beautiful? She was either going to be a wife or a floosy, from her parents’ perspective anyway. (My mother, even now at 68, is a knock out. But by the time her good looks made themselves known, she’d been taught by her own mother to be ashamed of them, embarrassed by them, or encouraged altogether to believe they didn’t exist.)

Good looks also got my mother plenty of male attention at a very young age that she didn’t want—hence those six or so erection sightings before sex. These were not penises attached to boys or young men towards whom she was romantically inclined. These were attached to men at restaurants where she worked—customers and managers; men she drove from one reading to another as a favor to a particular female professor; men, in other words, in places of power.

“By my mother’s telling, they started looking for a husband for her when she was still in high school: it was the least she could do for the family; otherwise, what was the point in having been born beautiful?”

Last night, my mother confessed that she wasn’t a virgin when she married my father. Since she moved to Kentucky last April (having gotten her own divorce from her third husband) and since I moved in with her this January, this is probably the second or third time she’s made this particular confession. I chalk this up in part to the fact that we’re often drinking martinis when we talk about sex. But I also believe that this particular withholding weighs on her.

Last night she said, “I wanted you to believe I was a virgin.”

I told her I wish I’d known that she wasn’t.

She said, “I never wanted you to have sex with a man you didn’t respect.”

I said, “But that’s not how you put it. You didn’t equate it with respect. You equated it with love.”

“Love’s important, too,” she said.

“But you made it feel like everything,” I said. “You made me think sex was as important as love.”

“It is important,” she said.

“I agree,” I said. “But I wish I hadn’t grown up thinking it meant the world. I was terrified of sex. And when I finally had it, I was so scared that ever having sex with another person than that first one meant that I was some sort of failure. Or, worse, a floosy.”

There are plenty of women who, by 1969 when my mother was 20, were full-on participants in the free love, women’s lib, equal rights, and feminist movements that were sweeping the country. My mother, obviously, wasn’t one of them. In the year we’ve had together, first as close neighbors and now as roommates, what I’m most grateful for is watching her discover liberation. Sometimes this process of discovery isn’t a happy one, for either of us.

Take, for example, the other night, when we were watching the series premier of Prime Suspect, which aired originally in 1991 and stars Helen Mirren. About halfway through the episode, Helen Mirren’s live-in boyfriend pouts because she’s tuckered out after a brutal day at work and she wants to go straight to bed. Big surprise: he doesn’t. He pouts and pouts and, finally, Mirren crawls on top of him and the two move toward sex just as the scene changes. It’s unclear how the director intended the gesture to be interpreted in 1991. My guess is that we’re meant to see her as undoubtedly sexy, as well as genuinely interested in sex with her boyfriend at that moment, and certainly we’re meant to view her as a woman who does it all—gives good sex and solves difficult crimes. But my mother’s voiceover during the scene was this: “Here you go, honey. Here’s the sex you need so I can go to bed and get a decent night’s sleep already. And—oh, oh, oh—here’s my orgasm too because I know you won’t leave me alone until you think you’ve satisfied me.” I laughed while my mom talked. But the whole thing also saddened me. I’ve had lots of bad sex in my life and I’ve faked more than my fair share of orgasms. I hated knowing that my mother had done the same. Of course, I suspect the truth is that we all have.

For the record, I was 20 when I finally had sex. For a long time, I tried to write a story whose first sentence went something like, “The third boy she kissed was the first she ever had sex with.” Thankfully, the story never made it past the opening. But I’ve spent a fair amount of time considering this statistic, which is my own, and I’ve spent a lot time thinking about that first young man I finally did have sex with. We stayed together six years. We stayed together even after he told me, after I asked him point blank if he thought I was smart, that he didn’t know whether or not I was smart because he couldn’t gauge the intelligence of women. My inexperience as a teenager and a young adult, as well as my fear of the unknown, my fear of being judged and, worst of all, my fear of hurting a man’s feelings, kept me in that relationship (and others) years after what should have been their natural and healthy end.

My mother told me a lot more last night about her first time—more, simply, than the confession I’d already heard a dozen times. Much of what she told me made me very sad, and more than once I found myself wishing that we’d been able to have this same conversation two decades earlier. It’s hard not to want to believe that her experience, shared more openly, might have helped me make better decisions. Though even as I might continue to entertain that fantasy, I understand that I have only ever truly learned by making my own mistakes. It’s the problem of life and it’s the fundament, in my opinion anyway, for the increasingly accessible (to me, anyway) adage that youth is wasted on the young. The details of my mother’s first time are hers to share, not mine, and so that’s as far as I’ll go with that anecdote.

When we finally got home last night, from yet another dinner of burgers and wine and talk about sex, we did what we often do. We put on pajamas—known in our house as elastics—and set up shop on the couch, a computer between us, a dog and a cat on either side.

“If your sister could see us now,” she said.

Then we started up the next episode of Prime Suspect.

Hannah Pittard was born in Atlanta. She is the author of four novels, including Listen to Me and Visible Empire. Her work has appeared in the Sewanee Review, the New York Times, and other publications. She is a professor of English at the University of Kentucky, where she directs the MFA program in creative writing. 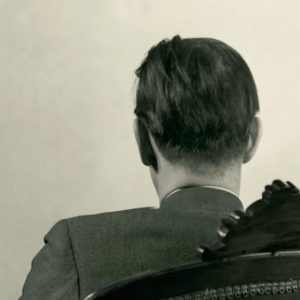 What makes an author underrated? Well, there's an argument to be made that most literary writers are—by virtue of the fact...
© LitHub
Back to top