100 literary Jeopardy! clues to bust out in good company • William di Canzio on queer genealogies • After WWI, in all its liberated glory, Paris danced • On Etsu Inagaki Sugimoto’s memoir about Japanese immigrants in 19th-century Ohio • Helen Scales considers the high stakes of deep-sea mining • Matt Haig on the downfalls of binary thinking • How to befriend a wild fox • Jessica Hopper on rock, rapture, and what artists do that mortals cannot • On honoring the “dull, repetitive” middle years of social movements • Paul Legault on the collage art of John Ashbery • Elina Zhang on growing up the child of Chinese immigrants • David Chrisinger considers the types of stories that resonate with trauma survivors • Tim Parks follows in the footsteps of the garibaldini • Emily Austin on what the dead leave behind • Judy Scott recalls summer in 1970s Hydra with Leonard Cohen and Marianne Ihlen • Can small-scale organizing solve global problems? • How the Bush White House handled the AIDS epidemic at home and overseas • Lucy Jane Santos on radium, the most dangerous skincare ingredient of the early 20th century • What to do when your short story wants to be a novel • Legendary character actor Danny Trejo looks back at his time in prison • Kate Biberdorf breaks down the chemistry of your happy hour drink • On the deep humanity of Jenny Erpenbeck’s fiction • In praise of Alice Munro’s masterful endings (and Chekhov’s, too) • On the ecstasy—and agony—of running an ultramarathon in your seventies • Cai Chongda remembers coming of age on the coast of Taiwan • What makes Jewish literature “Jewish”? • How crafting got Kelly Williams Brown through the worst 700 days of her life

Reporter-turned-crime-writer Jackie Kabler thinks back on an unsettling encounter with a killer • Rachel Donohue with seven coming-of-age mysteries that capture “the oddness of the moment in question” • David Bell on the metatextual appeal of thrillers about thrillers • Andrew Nette on New Zealand’s “Jukebox Killer” and the Antipodean obsession with pulp fiction • Hilary Davidson with novels in which the dead help solve their own murders • Josephine Wilkinson on the 18th century’s greatest conspiracy theory: the Man in the Iron Mask • T.J. Newman on pushing through 41 rejections and getting some life-changing news • Carol Goodman on a forgotten Magdalen refuge in the heart of New York City • Samira Sedira on the overlooked racist motivations behind a horrifying crime • April Snellings with a brief introduction to the oeuvre of Paula Maxa, the original scream queen

Variations on the Body 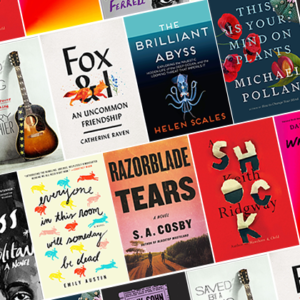