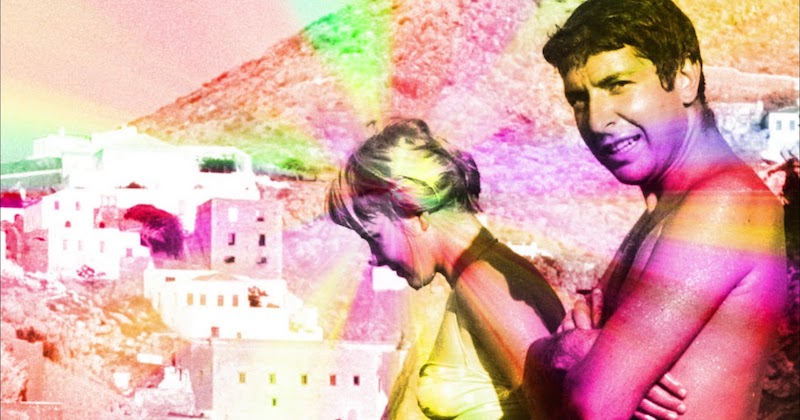 Judy Scott on the Intensity of Found Families

When Marianne first showed me Leonard’s writing studio, she pointed out the front window, to the power line strung across the path, and told me that when electricity first appeared there, Leonard was not happy that modernity had arrived on Hydra. In fact, he was experiencing a bout of extreme depression and writer’s block at the time.

“We’ll have to find somewhere else to live now,” he told her.

He much preferred the lights from oil lamps and candles. But as they were talking, a bird came and landed on the line.

Marianne also told me about the derivation of a lyric in what would become Leonard’s most famous and most covered song, “Hallelujah”:

She tied you to a kitchen chair,
she broke your throne and she cut your hair

It was in the context of a discussion we had about the difficulties Marianne had with their relationship. She told me Leonard just couldn’t refuse any request made by a female. She said she thought it all originated in his rather complicated relationship with his mother. She was a very imposing and important person in his life. Marianne said that Leonard confessed to her that when he was a young child, his mother would insist on cutting his hair. When he got a little older and tried to refuse, she would use one of his father’s neckties to tie him to a chair in their kitchen and snip away. Then she’d tell him that, like Samson in the Bible, Leonard was completely in her power and would have to do anything she asked of him.

Marianne was pretty sure that was why he succumbed so easily to female imprecations. He just couldn’t say no. And it was also why he sought to escape from relationships as often as he did. He just couldn’t stay put. It was an example of the dilemma we all experience in love: constantly seeking a balance between acquiescence and resistance.

Another thing I learned from Marianne during that time was about Leonard’s drug-taking. He has many times publicly admitted to doing a fair amount of drug experimentation in those days. It turned out, though, that one of the little-known reasons he settled on a Greek island was because Ritalin was available and legal as an over-the-counter drug there in the 60s. Leonard used it frequently to combat the depression that constantly plagued him back then. Marianne asked me if I had any Ritalin or if I knew where to get any as, by 1973, it was no longer available without a prescription. Leonard wanted to find out if any of the younger foreign residents or travelers had any. But, of course, he didn’t want anyone to know he was looking for some. I told her I’d ask around but offhand didn’t know of any way to get it. She thanked me, and I promised to mention neither her nor Leonard in my inquiries. I never could find any for him, though, and during that time, I never saw him take anything stronger than beer or wine.

One day when I was hanging out with Marianne in the kitchen, Leonard came out from his study to get a drink and saw Marianne clutching her abdomen. He asked what was wrong. She said she had a stabbing pain in her stomach and didn’t know why.

He said, “Let’s try something.”

He sat down on the floor in front of the kitchen table with his back against the wall and his legs crossed in an Indian style. He told Marianne to sit facing him in the same posture. Then he said, “Point to your pain in my body.”

She leaned over and touched him in the middle of his stomach.

“Good,” he said, then repeated, “Now point to your pain in my body.”

She did it again, and the sequence went on like that for about five minutes, with her pointing to her pain on his stomach and he acknowledging and repeating the instruction.

Finally, when he repeated his instruction for maybe the 20th time, she hesitated for a minute and said, “It’s moved.”

“Good,” he replied very calmly. “Now point to your pain in my body.”

She was quiet for a few seconds, then looked up.

He smiled and again acknowledged, “Good.”

Then he got up and went back to work.

It was sometime later that I found out he was using a “clearing process” he’d learned while studying Scientology. You have to figure there is something in it that attracts people. So, I guess if one can “heal” someone by giving them your undivided attention and focusing energy on a physical problem, it can’t be all bad. For me, though, witnessing this was yet another instance of how much Marianne and Leonard had allowed me into the little, perhaps just-dying ember, of their time together. But it was their little family just the same.

It was an example of the dilemma we all experience in love: constantly seeking a balance between acquiescence and resistance.

Another time, Marianne and I were up in their bedroom where there was a bit more of a breeze, talking and laughing, and she was literally telling me the story of her life when Leonard appeared in the doorway. He took hold of the door jamb above his head and leaned in, just kind of watching us.

“Do you need something, Leonard?” Marianne asked. He just smiled and shook his head. Then he turned and went back to his studio.

“I think he’s a bit jealous,” Marianne told me. “He’s used to being the center of attention, especially from young girls.”

One day, Leonard was going down to the Four Corners shop and shouted up to Marianne and me in the upstairs bedroom, asking if we needed anything. Marianne leaned out the window to where he waited on the steps below. As she listed a few things she needed for dinner, I started kissing her on her bare back. Leonard couldn’t see me. As he left, Marianne turned and hugged me, saying, “You really are just as crazy as the rest of us, aren’t you?” More laughing then. We did much laughing in those days. But Marianne still had her mood swings and remained exquisitely elusive in endless ways.

One night, she and I went down to the port and had a beer at Tasso’s, as per usual (Leonard rarely left the house and was not at all into casual socializing). Marianne started chatting with two young Greek guys at the next table. To my consternation, she invited them to accompany us to Cavos, the discotheque. What the hell is she up to now? I wondered. I knew she had absolutely no interest in these guys and was just being typically provocative. As we walked toward the stairs that led up to the disco, I told her in exasperation, “You go ahead, I’m going to go for a walk.”

I walked alone to the edge of the harbor road and sat down around the bend by the cannons. Sure enough, after about five minutes, she reappeared.

“Why do you do that, Marianne?” I asked. “Why do you always try to provoke me?”

“I don’t know,” she replied. “It just scares me sometimes. If we had met up in some strange city and had a brief affair that would be one thing. But it’s like you’ve become a part of the family. You fit in so well… with Axel… with Leonard. It’s not just about me.”

So off we went back to Cavos. And after hours of dancing and drinking, sometimes together, sometimes me with one partner, she with another, she suddenly whirled around toward me, looked me in the eye and put her finger on my lips, then very quickly drew it down the front of my body in a line until it ended at my crotch.

Then she turned and danced away. 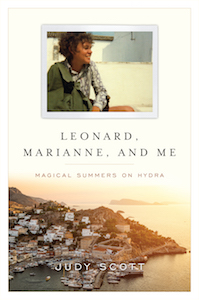 Excerpted from Leonard, Marianne, and Me: Magical Summers on Hydra. Reprinted courtesy of Backbeat Books. Copyright © 2021 by Judy Scott.

Judy Scott, originally born and raised in New Jersey, now lives in Los Angeles with her spouse, Monika. Scott worked for many years at the highest levels of the independent film production and distribution business while raising her daughter, Torie. The projects she was associated with garnered numerous awards, and in 2005 Scott helped launch the first-ever LGBT cable TV network as a senior acquisitions and business affairs executive. She returns to Hydra often. 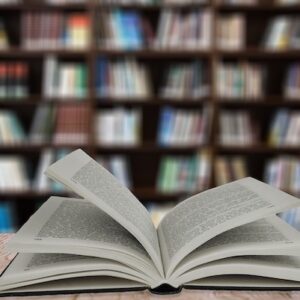 For many years, I was a reader who dabbled in floating ideas and scraps of thoughts that sometimes made it to the page, but mostly...
© LitHub
Back to top
Loading Comments...