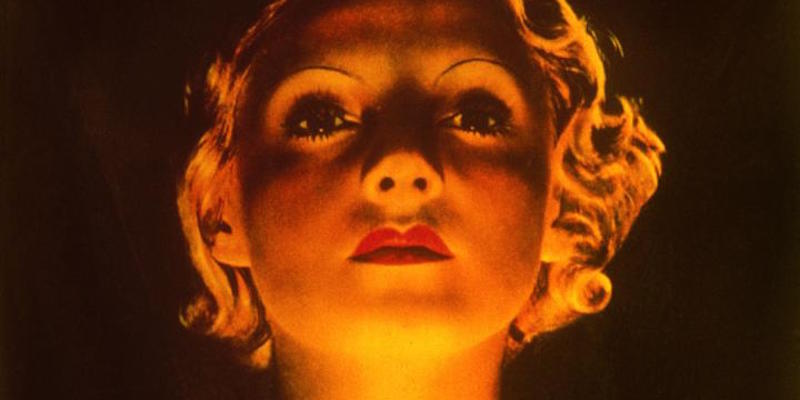 “Ladies, if your plans for making yourself more beautiful during the holiday season include a certain radium treatment, you’re bound to be disappointed.”

So began a broadcast of the United States Department of Agriculture during a weekly radio show in November 1935 before continuing to report that a shipment of an unspecified radium based cosmetic product had been seized for making medical claims.

This short announcement gives an insight into how far attitudes towards radium, the so-called medical miracle of the early 20th century, had changed in the decades after its discovery and also into one of the many commercial applications of radium—beauty.

The isolation of radium, in 1898, by scientists Marie Skłodowska Curie and Pierre Curie quickly captured public imagination. Due to its initial rarity, radium was referred to as the most expensive substance in the world. Its mysterious and strange properties were picked apart by newspapers. In the theatre it might be found as part of a costume, a song or a type of dance. One of the most exciting prospects was radium showed potential as a super medicine, a cure for the most feared diseases of all—cancer and tuberculosis. It was also hailed, by a newly emerging mass-market beauty industry, as the savior to a particular set of problems including wrinkles, excess hair and crows-feet.

“Radium” (both as a word and as a rather under-defined concept) was used to confer a veneer of scientific excitement as well as signifying technological advancements even in products that didn’t have any real association with the substance and certainly didn’t advertise it as an ingredient. For companies wishing to make a case for their modernity radium was an obvious choice for research and development purposes. After all, it was a product of modern science created in a Nobel Prize-winning laboratory.

In the US, beauty preparations aligning themselves with radium began to appear in the midpoint of the first decade of the 20th century. In 1906 Moss Morris, an entrepreneur from Brooklyn, filed the trademark “Radium Bay” with the US Patent Office. The product was a tonic for the hair. Soon after the Radio-Sulpho Company of Denver, Colorado, marketed their Radio-Sulpho Brew (a home cure for Uric acid and Rheumatism) as well as “creams, powder, pills and hair tonics.” Radio-X Greaseless Complexion Cream and Complexion Soap was one of the range of products offered by the Radium Remedies Company. Radio-X even boasted a celebrity endorser: the singer Al Jolson, who claimed that their Healing Pads “worked wonders” for his throat.

As a rapidly growing industry the beauty market was potentially extremely lucrative. The Radior Company Ltd, after several successful years of trading in London were so confident with their range of products, which included anti wrinkle pads and toiletries, that they tried to crack the US market opening an office on Fifth Avenue, New York City, in 1918. International growth between Europe and the United States became a common practice as European companies recognized the importance of the American market as a new centre for beauty and fashion, particularly among wealthy elites, after the First World War.

The link to scientific advancements was explicitly stated in advertisements. Radior acknowledged its debt: “When scientists discovered radium they hardly dreamed they had unearthed a revolutionary beauty secret.” Similarly, the French beauty brand Crème Activa claimed that the discovery of radium was “a wonderful conquest of science in the service of beauty.”

The confidence of trail blazing beauty companies, alongside the eventual lowering of costs and an expanding availability of radium, presented manufacturers with a retail opportunity that was taken up with enthusiasm in the 1920s and 1930s.

Radior Radioactive Toilet Preparations were joined by Ra-der-Mo (“Let Radium Beautify Your Skin”), Aimeray Radium Cosmetiques, which claimed “Face Lifting Without Plastic Surgery” and the Láradium Facial and Snow White Complexion Clay to name but a few. Combining extensive ranges of products and large marketing budgets advertisements for these products could be found in a wide range of publications including Vogue, LA Times and Motion Picture Magazine.

It took two major cases, and resulting significant press exposure, to highlight the dangers of radium to the general public.

The first was an industrial health crisis at the U.S. Radium Corporation in New Jersey. This plant had opened in 1917 and had been contracted by the military during World War One to make dial instruments that were covered with self-luminous paint. To paint these individual dials, the factory employed women working five and a half days per week, painting around 250 items a day.

By 1924 nine of the painters were dead. An investigation into the cause of their deaths, as well as the deteriorating health of the remaining workers (and the subsequent lawsuit against their employers), was widely covered nationally in the newspapers. They were dubbed the “Legion of the Doomed” or the “Radium Girls” in recognition of exposure to the substance that had proved fatal.

The second high profile case was the death of Eben M.Byers. After suffering an injury Byer’s physician had recommended Radithor, a popular method of ingesting premixed radium water which promised to cure numerous complaints. Five years later, Byers estimated that he had drunk more than a thousand bottles, and by the end of 1931, he was showing symptoms of radiation poisoning.

By this time, Eben Byers only had three months left to live. Before he died, he had lost so much weight that he only weighed 92 pounds, his bones were splintering, and his skin was yellow. An autopsy showed necrosis in both jaws, anaemia, brain abscesses, damaged kidneys, and ravaged bone marrow. After this case, and the exposure it had received in the press, optimism for radium began to change.

The worldwide popularity of radium was beginning to tarnish. It had failed to live up to the expectations that its early adopters had promulgated; radium did not consistently cure cancer, nor could it be relied upon to successfully treat other diseases. And even with new sources of radioactive materials being located, and improved refining techniques, the substance itself remained exasperatingly rare among those who would use it for “serious” scientific work.

Whilst in 1933 the American Medical Association withdrew its approval of radium for internal use the residual idea that the substance was beneficial, or at least wasn’t harmful, lingered especially when it came to cosmetic use.

The 1930s also saw calls to the beauty industry from consumer groups, physicians and others lobbying for improvements to the regulations governing the business.

Beauty products, as the industry expanded and developed, inhabited a grey area in terms of their position. Not quite medicines they were often not considered when early drug laws, such as the 1906 Food and Drug Act, were passed, leaving the industry largely unregulated as well as the consumer unprotected.

Unless beauty companies made specific therapeutic claims, they were not under any obligation to disclose their ingredients, leaving them free to make exaggerated claims. Just as worryingly the presence of radium (unlike alcohol, morphine, cocaine or heroin) was classified as a natural element rather than a drug and fell outside of regulations.

The link to scientific advancements was explicitly stated in advertisements. Radior acknowledged its debt: “When scientists discovered radium they hardly dreamed they had unearthed a revolutionary beauty secret.”

One of the most effective public campaigns was The Food and Drug Administration’s sponsored exhibition “American Chamber of Horrors,” which highlighted toxic ingredients and exaggerated promotional claims from a whole range of industries. Products that were highlighted in the section dedicated to the beauty industry included Koremlu, a depilatory cream containing the poison thallium, and LashLure, an “eyelash beautifier” which had blinded several of its users. The findings presented by this exhibition (and follow up book) specifically mentioned the commerciality of radium and the ease with which the public could be duped by its “pseudo-scientific palaver.”

The exhibition and subsequent media coverage clearly contributed to the implementation of the 1938 Federal Food, Drug and Cosmetic Act. Whilst not perfect this act had far reaching effects: drug manufacturers had to provide scientific proof that new products were safe to use before putting them on the market; companies could not misbrand products with false or inaccurate labels; most drugs and specific devices had to be approved by the FDA, and the FDA gained the power to seize illegal medical devices and bring charges against those involved in their manufacturer.

The guidelines issued by the American Medical Association to accompany this act also specified that all ingredients should appear on packaging and issued guidelines concerning what could be claimed through advertising. These guidelines had broad implications. Some products were removed from the market, such as Elizabeth Arden’s skin food (because it wasn’t actually feeding the skin), and it became much more challenging for companies to make outlandish claims without the evidence to support them.

The growing awareness of the dangers of radium and the new regulations governing the beauty industry had an impact. As the 1930s drew to a close there were fewer companies prepared to align themselves with the substance in the name of beauty and whilst the practice didn’t entirely die out for a few more decades the radium beauty era was largely over. 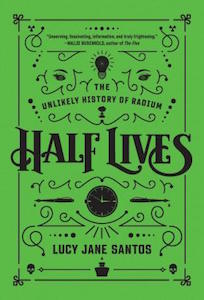 Excerpted from Half Lives: The Unlikely History of Radium by Lucy Jane Santos, published by Pegasus Books. Reprinted with permission. All other rights reserved.

Lucy Jane Santos is an expert in the history of 20th century leisure, health, and beauty with a particular interest in (some might say obsession with) the cultural history of radioactivity. Lucy has appeared as an occasional contributor on TV and radio, and her historical research has been featured by History Today, BBC History Revealed, The Telegraph, The Scotsman, the Daily Express and on the BBC2 documentary, Makeup: A Glamorous History. Her most recent project is as Creative Consultant for the documentary Obsessed With Light a film that tells the story of the performance artist and scientist Loïe Fuller. Half Lives: The Unlikely History of Radium. Her next book, which is a history of the element uranium, will be published in 2023. www.lucyjanesantos.com 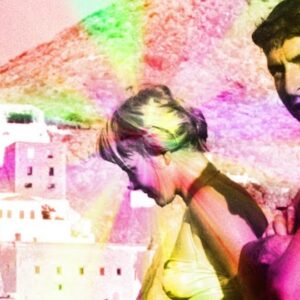 When Marianne first showed me Leonard’s writing studio, she pointed out the front window, to the power line strung across...
© LitHub
Back to top
Loading Comments...