How John Ashbery Thinks: Reading the Collages of a Great Poet

Paul Legault on Art That Shows You You’re Not Dead

via Platform
By Paul Legault

Published in partnership with Platform, a new online marketplace for contemporary art backed by David Zwirner.

I once had a poetry teacher who drove a red convertible and told me to read everything John Ashbery wrote. “Start from the beginning,“ she said.

I was a twenty-year-old. I was in college. I found out Ashbery was a kid from northern New York (basically Canada, like me) who worked at his college literary magazine, liked surreal poetry, and worked with a motley band of queers making something called “Poets’ Theatre”—before winning all the most prestigious literary awards.

I liked his jumps. His titles alone are a collage of thoughts (The Double Dream of Spring…), pieced together over a lifetime. Collage stops seeming like an option at a certain point. Everything has to go together whether everything likes it or not.

When Ashbery got back to New York, suddenly there was already the “New York School” of which he would be grouped—with his friends. Not the worst way to align people: friendship. My favorite part of that “school” was how they interweaved each other into their lives, their art, their experiences. It wasn’t strange to show up in a poem. It made life feel less separate from all this.

I picture Frank O’Hara texting John Ashbery to meet him at the Cedar. Or Barbara texting James for the scoop on Doug and Frank. Instead they show up in James Schuyler’s “Morning of the Poem.” Instead, Joe Brainard writes I Remember, describing the first time he saw Frank O’Hara and what he remembered: his walk. Instead of texting, John and James take turns writing every other sentence of a novel.

I still remember how cool it was spotting John Ashbery at Café Loup before I’d fully moved to town. I was a tourist, so I just stared.

My favorite poetry feels like someone is just talking to you. Maybe you’re on the phone. Your body becomes the technology. You receive a signal. It’s a private voice in your head. It shows you you are not dead. At first all I wanted was the poem. The New York School taught me to want the poets. It doesn’t hurt that they were cute too.

I think that’s what drew me to New York. That type of chosen family, written about: and thus, real. I could see the model for a queer family. I rushed to the city after school to find it. And there it was.

I still remember how cool it was spotting John Ashbery at Café Loup before I’d fully moved to town. I was a tourist, so I just stared. The thing about poets—even the most award-winning ones—is they’re people. They have a favorite pizza spot. You can email them. But my version of Ashbery was already caught up in his history, despite the fact that his history wasn’t over.

I miss when a new Ashbery poem could happen at literally any moment, because he was still alive. There’s a limited supply to new work now but not new connections. There’s always more newness. Like friendship. Like how there are these new collages—not new but newly available.

Take “Popeye Steps Out – for Joe Brainard,” for instance. 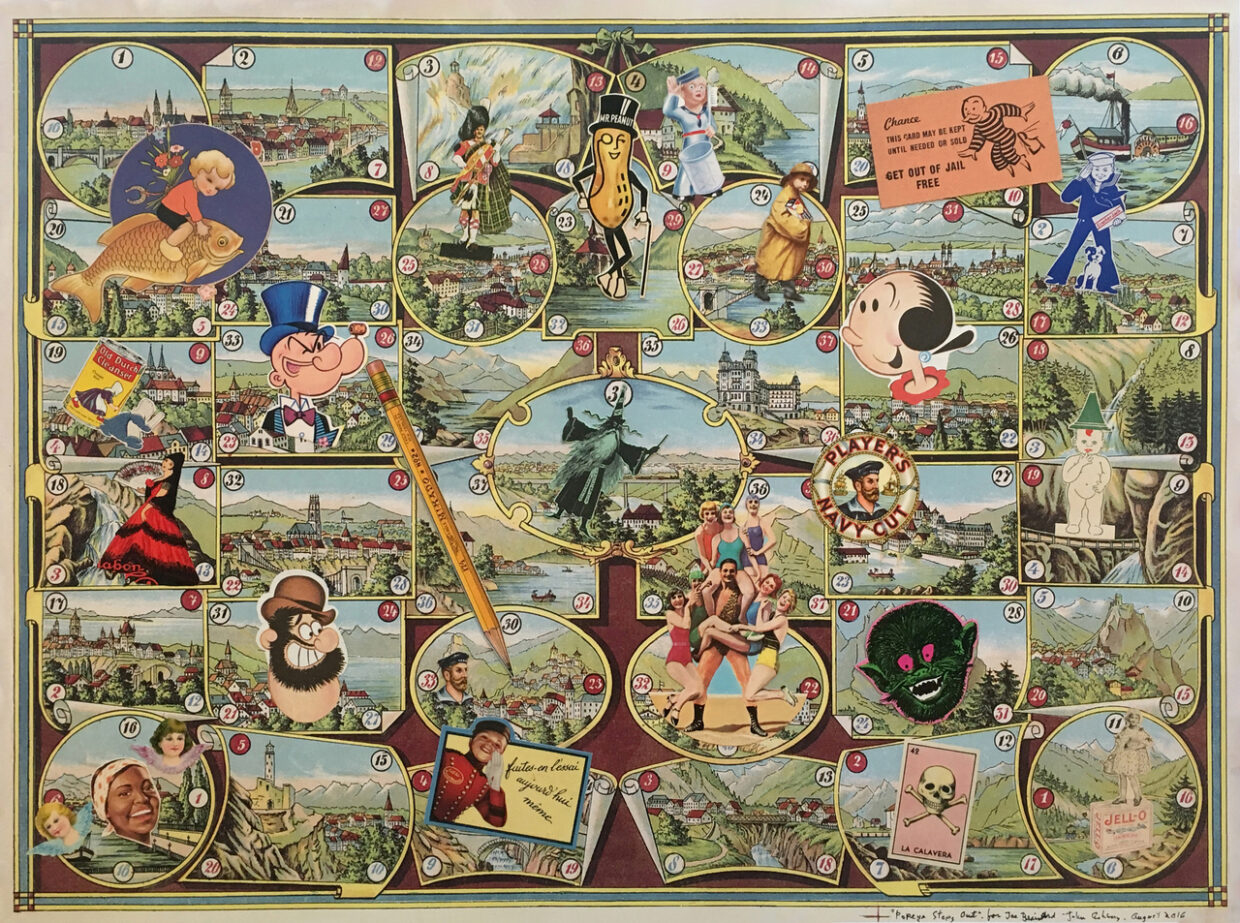 I don’t know why this is for his friend Joe who died of AIDS-induced pneumonia in 1994, even though Ashbery made this collage in 2016. Of course, there’s Joe Brainard’s Nancy Book full of his own pop updates of another classic comic. But anyhow, isn’t everything we do for our friends?

I guess you could say it speaks the same language they made together.

Like how the New York School of poetry was just some friends. Like how Donald Allen edited John Ashbery, Kenneth Koch, Frank O’Hara, Barbara Guest, and James Schuyler together in his New American Poetry anthology. He called them friends. They were. In the same anthology, Amiri Baraka FKA LeRoi Jones writes “MY POETRY is whatever I think I am. I CAN BE ANYTHING I CAN.”

Maybe everyone can be what they think. 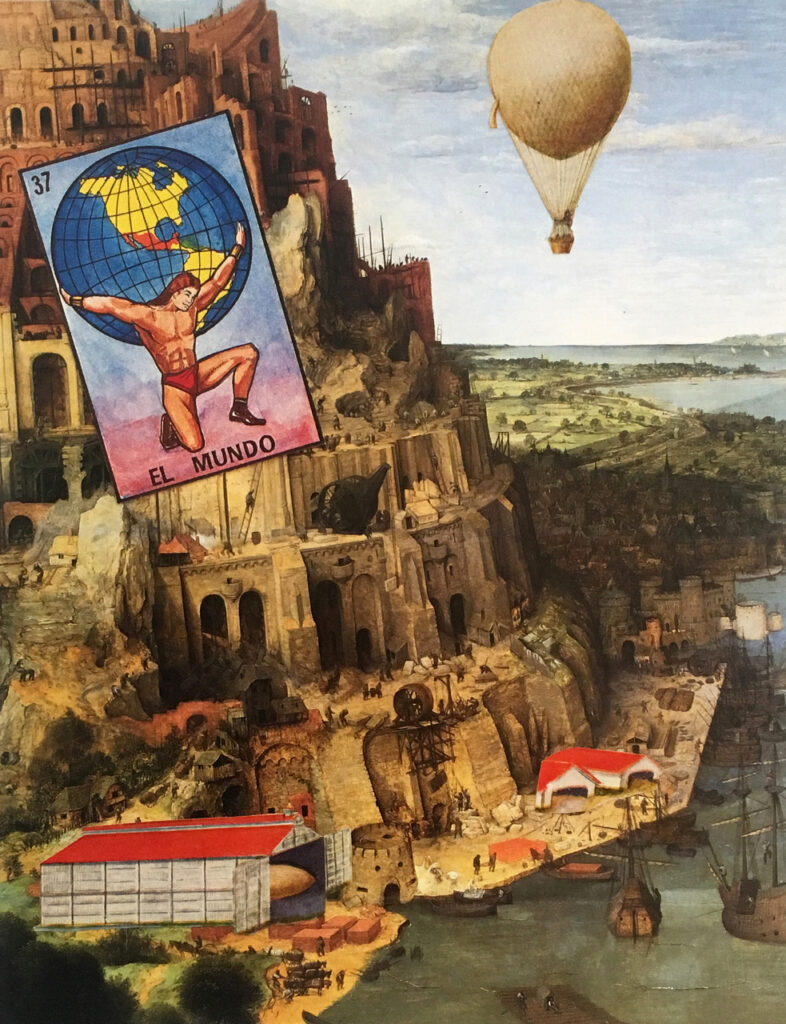 ME: Why do poets make collage?

I guess the same reason they make poetry.

Is it possible to read an Ashbery poem now and have it be about me? Is that the test of a perfect pop song?

Is Carly Rae Jepsen’s “Everything He Needs” not a rendition of Shelly Duvall’s rendition of Olive Oyl’s “He Needs Me”?

Is it a collage of things together? Isn’t everything? 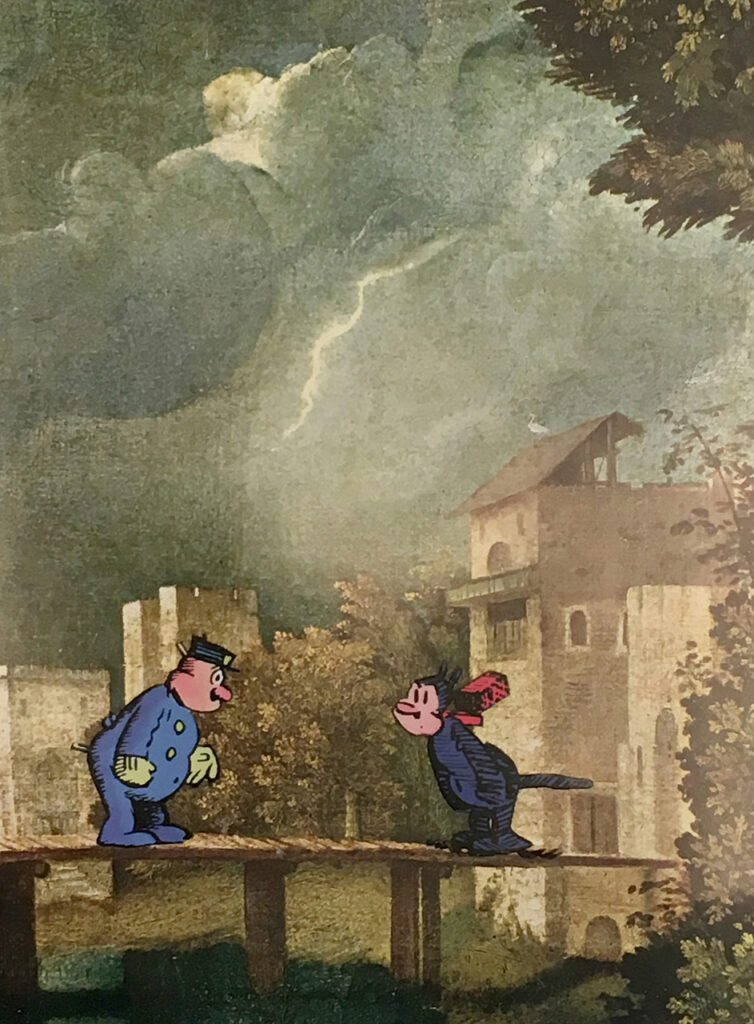 Collage is how Ashbery thinks, which is to say, how a human thinks. He thinks in this weird way that it is completely familiar, because it’s how thinking happens when you leave it be.

Speaking of familiarity, I had never seen a dog centaur (front and center) until now: 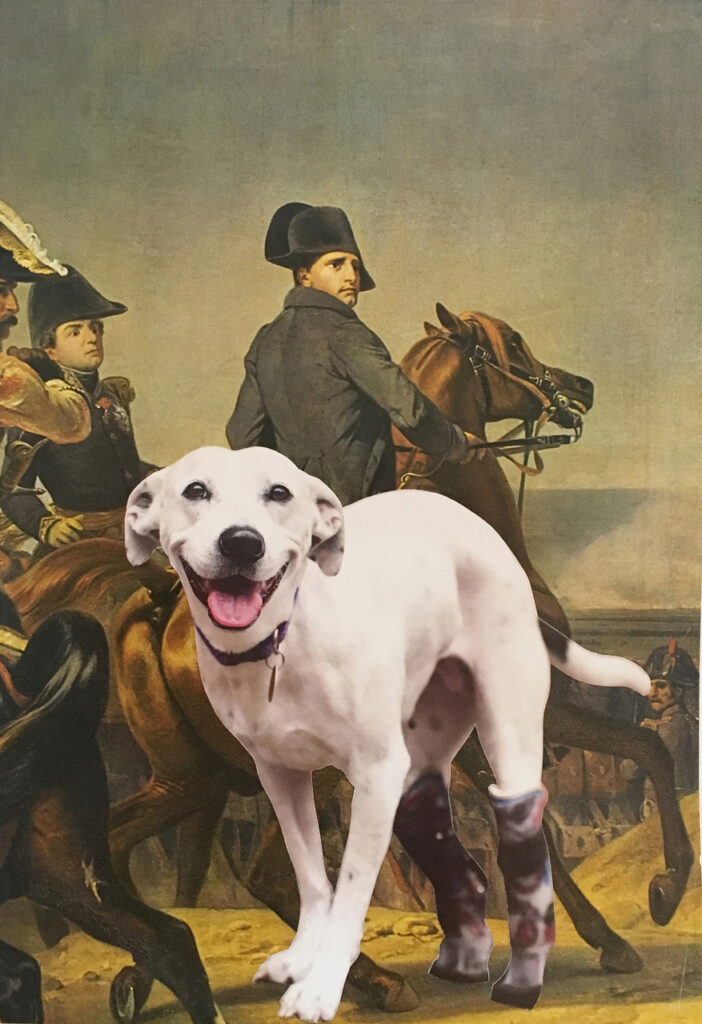 It reminds me of this “new” Ashbery poem in the recently published posthumous collection, Parallel Movement of the Hand: Five Unfinished Longer Works, edited by Emily Skillings, a section of which is titled “Evenness in Double Runs“ that reads, in its entirety:

Three words’re enough. One image is. I’d rather look at a dog dressed up as a horse on
TikTok than a bunch of dead white men riding horses.

The poet’s medium is usually language, but you can make a poem out of images just
fine. They move the same way. They jump.

How to continue? After all this loss? Is that a question a poem can answer?

Information on Ashbery’s collages can be found here.

Platform is a new company for discovering and buying art online, backed by David Zwirner. A curated destination where existing collectors and new art buyers alike can discover the world’s most sought-after artists, Platform combines an insider’s access to leading independent galleries with a streamlined, easy-to-use e-commerce experience. Every month, Platform features a new selection of 100 original and never-before-seen works offered by 12 independent partner galleries, available exclusively on platformart.com for immediate purchase.

Platform was founded with the recognition that first-time buyers and discerning collectors are looking for a new way to buy art—and that independent galleries want a better way to sell works by their artists online. Through expert curation, frictionless purchase experience, and price transparency, Platform is creating a marketplace for a new generation.

Paul Legault is the author of, most recently, The Tower (Coach House Books, 2020). His previous books include The Madeleine Poems (Omnidawn, 2010), The Other Poems (Fence, 2011), The Emily Dickinson Reader: An English-to-English Translation of the Complete Poems of Emily Dickinson (McSweeney’s, 2012), Self-Portrait in a Convex Mirror 2 (Fence, 2016), and Lunch Poems 2 (Spork, 2018). He also co-edited The Sonnets: Translating and Rewriting Shakespeare (Nightboat, 2012). 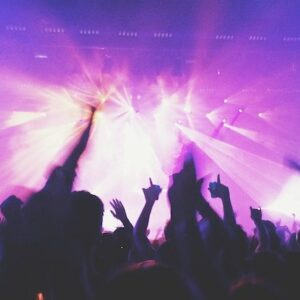 Jessica Hopper on Rock, Rapture, and What Artists Do that Mortals Cannot Hit It Or Quit It #17, Spring 2002 I have a strange relationship with music. It is strange by virtue of what I need from...
© LitHub
Back to top
Loading Comments...