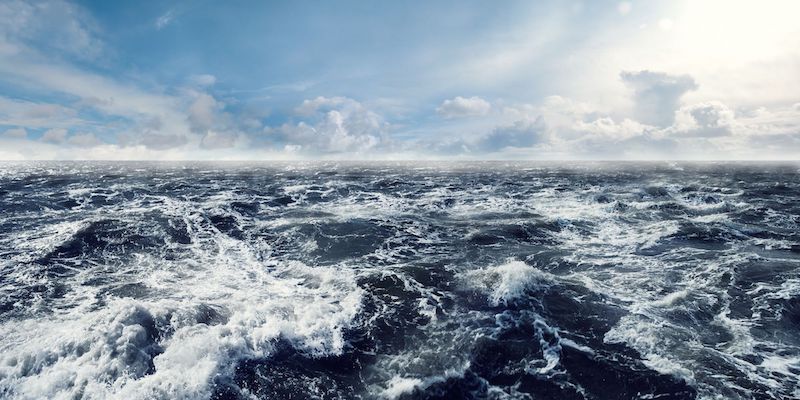 Cai Chongda Remembers Coming of Age on the Coast

I grew up on the coast, and my father once made a living as a sailor, but I didn’t see the ocean until I was six years old.

The first time I saw the ocean was on the way to see my grandmother. My mother and I were walking down a path between the villages that was separated from the sea by a thicket of sugarcane. I did not know the ocean was so close, but I knew something was shimmering through the sugarcane. I waited until my mother was distracted, then charged through to take a look.

My mother huffed and puffed after me, trying to chase me down before I made it there. When she caught up with me, she explained that it had been my father’s decision to hide the ocean from me. He was afraid, my mother said, that I would run into the water, and there was a chance something could happen to me. It was more complicated than that. My father said, “I used to like playing by the water when I was your age. I liked going out on the boats. That’s what made me try to make a living on the sea. It’s a tough life. I want something better for you. I want you to go to middle school.”

I don’t think there was ever a shortage of men like my father in Dongshi, the small town where I grew up. But for more than a decade, the town had slowly developed in the opposite direction, spreading inland as if fleeing from the ocean, which had provided previous generations with great joy and crushed them with suffering. For me, my parents’ prohibition made the ocean even more attractive.

On another trip to visit my grandmother, I took my chance. I rushed through the sugarcane. The sound of my mother in sullen pursuit drove me to race ahead even quicker. I ran and jumped into the water. I was swallowed up by the ocean. I sank into the briny embrace. When I looked up, I could see the sunlight filtering down through the water in bright, jagged shards. I closed my eyes, and when I opened them again, I was in a hospital bed.

You can’t hide the ocean, and you can’t put a fence around it. The best way is to let people find their own way to appreciate it.

You can’t hide the ocean. My parents tried anyway. They had their own pain, and they wanted to shelter me, out of love. When I heard the ocean crashing in the distance, I always assumed it was just the wind. When I smelled the salt air blowing in from the coast, I always assumed it was coming from the fertilizer plant. But the ocean rose and fell without me, and it kept shining, and it kept calling to me. Because the ocean had been hidden from me, when I finally had the chance to experience it, I took in every detail; I became fanatically devoted to the sea.

After I almost drowned, my father suddenly decided to take me out on a boat. It’s a frightening memory. When we got out on the water, I was seasick and kept throwing up until I was too tired even to cry. I begged my father to take me back to shore. After that time, I lost my habit of charging wildly up to the ocean. That’s not to say I was afraid of the ocean, but I knew how to appreciate it. I like sitting beside the water, feeling the breeze on my cheek, losing myself in the vast azure blue—even if you’re alone, you never feel lonely at that moment looking out on the water. When I was a bit older, I liked going out on my motorcycle and riding up the coast.

You can’t hide the ocean, and you can’t put a fence around it. The best way is to let people find their own way to appreciate it. Every stretch of sea is a different scene with its own dangers. Life is the same; desire is the same. I used to think I could control each element of my life and live by my own particular logic, to the point where I thought my self-deception was powerful enough to hide things from myself. I thought that was the best way to live. But life is like the ocean: it rises and falls no matter what.

I’m determined to find the perfect distance and the best way to appreciate those stretches of sea. 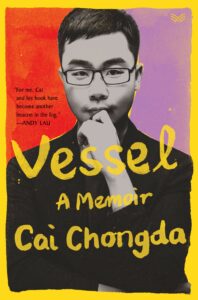 Excerpted from Vessel by Cai Chongda. Reprinted with permission of the publisher, HarperVia, an imprint of HarperCollins. Copyright © 2014 by Cai Chongda.

Cai Chongda was born in 1982 and grew up in the small coastal town of Minnan in the Fujian province of China. At 24, Cai became the News Editor of influential Chinese magazine, Modern Weekly. His provocative writing continues to make him a controversial figure in China. He became GQ China's Director of Reporting, becoming the youngest person to hold this position in GQ's seventeen international branches. In 2015, Cai branched into the fashion world, founding the menswear brand Magmode. 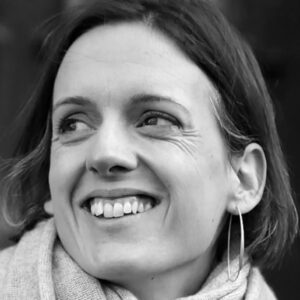