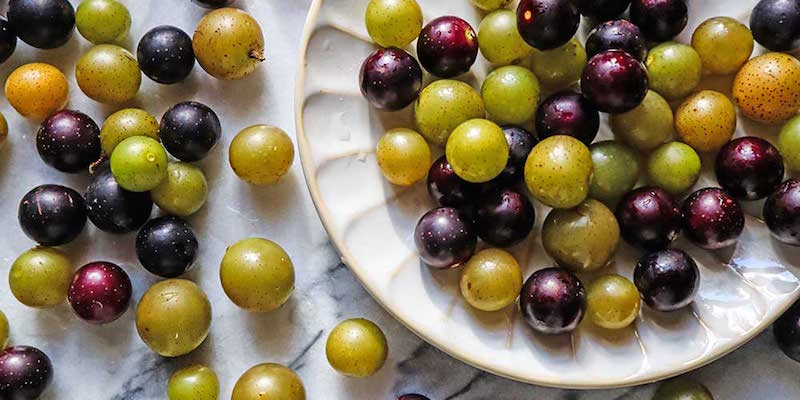 “It really began in the days when the Love Laws were made. The laws that lay down who should be loved, and how. And how much,” Arundhati Roy writes in The God of Small Things, a statement that feels almost biblical. The Love Laws police the relationships that each character engages in, governing what relationships are permitted and marking who is and who isn’t lovable.

It is in my last semester of college that I read God of Small Things for the first time in a postcolonial literature class. We are in a rickety attic where English seminars are held, hunched around a long table like we are eating at a Victorian dining table in our L.L. Bean sweaters and long underwear.

The Love Laws are how Ammu’s young twins Estha and Rahel perceive the world, growing up in Kerala in the southernmost part of India, where intercaste relationships are forbidden and the ghost of British colonial rule lingers.

When Ammu takes her twins to watch in theatres The Sound of Music, a movie filled with white children who are dearly and recognizably loved, Estha and Rahel go through a checklist of qualities that make them different from the Von Trapp family. Are they clean white children? No. Do they behave and not blow spit bubbles? No. Do they hold their bodies still and not shiver their legs? No. These are the Love Laws that tell Estha and Rahel how unlovable they are.

As a child, my parents used to say to me, “nobody will tell you the truth or protect you like we do.” It must be how my parents survived as Chinese immigrants in new countries—even before they moved me and my brother to Alabama, they had been immigrants in Finland and in Canada. Yet this attitude—one that is invested in safety and in staying at the hearth—made me distrustful towards any degree of altruism or kindness, especially from white people.

I was a visitor in the museum this world was staged in. My parents’ style of parenting didn’t look anything like the love Southern white families exhibited.

At no point did I ever believe my parents would love me more if I was white. I did, however, believe that I would be loved more if my parents were white. I grew up friends with a white girl named Cindy Stevenson, who I first met at her ninth birthday party—a party where we tie-dyed white t-shirts and got soaked in slip-and-slides in her backyard. Cindy lived in a family potent with Sound-of-Music, ABC Family, birthday-cake love (my family never celebrates birthdays). The walls of her home were lined with annual family photographs, their beds with American Girl dolls tucked in, clones of Jessica and her three sisters. Stevenson-love became a universal standard.

I was a visitor in the museum this world was staged in. My parents’ style of parenting didn’t look anything like the love Southern white families exhibited. The love that white parents had for their children was unconditional, whereas my parents’ love was conditioned on something just short of perfection. In elementary school, I am reading at a slower pace than the average fifth grader, so I have to attend supplemental classes. “You have to work twice as hard,” my parents say over and over again, until it becomes to me an unconscious chant. If I tell my parents that a teacher of mine said I was doing well in class, they would shake their heads and say, “Everyone is being polite. Only I will tell you the truth.”

In God of Small Things, a moth flutters in and out of the pages. Rahel and Estha’s grandfather is an entomologist named Pappachi, and his greatest disappointment is failing to have a moth that he discovered named after him. “Its pernicious ghost—gray, furry and with unusually dense dorsal tufts—haunted every house he ever lived in,” tormenting his children and ultimately, his children’s children. The moth appears and reappears, wings fluttering, before Rahel and Estha each time they behave poorly and each time Ammu is disappointed in them (in other words, every time they are behaving as children behave).

Is this what we, the children of immigrants and the marginalized, inherit? Our parents’ failures and traumas? For the longest time I believed I inherited the worst parts of my parents—their tempers, their miserliness, their fears about the world.

An ex of mine, a white boy, tells me a story about his grandma and how when he would go to her home, she would point to objects around her living room and says “Do you like this?” and if he says “Yes,” she would say “You can have it.” I think this is sweet, imagining a room full of treasures, silver spoons, Russian dolls, spools of gold, shiny jeweled necklaces, all for his taking. He tells me that he finds this impulse sad, and I am baffled.

My junior year of college, I am at odds with my dad. I had begun going to therapy and taking antidepressants. I don’t see my depression as a shortcoming, and when I tell my parents, defiantly, my dad reacts in precise extremes, genuine confusion and anger.

“What have you experienced that has been so hard?” The phone is loud, and I turn down his voice with my index finger.

He is silent for a second, and says, “You will go through things that are so much harder. How will you survive?” I don’t ask him what things will be harder or how he could possibly know, instead repeating, “I don’t know.”

My parents talk about their love as something strained, something in the octave of pain. “We’ve sacrificed so much for you,” they say. They relive their past trauma for the sake of parable, memorializing the “three mile walk to school” and other memories of abject poverty in rural Post-Mao China. If it is such a chore, I would fume inside, why do you bother caring for me in the first place? Why does love always have to be belabored, so painstaking?

I thought my copy of God of Small Things featured a moth on the center of the cover, but when I find it in my box of books from college, I realize it’s a tiny flower, pink like a tongue. It looks nothing like a moth.

Classmates in my class like the book but hate Ammu. She is cruel at times: in a fit of anger, Ammu tells her children, “If it weren’t for you I would be free. I should have dumped you in an orphanage the day you were born. You’re the millstones round my neck.” Rahel and Estha had watched Mutiny on the Bounty, and they knew that “when people died at sea, they were wrapped in white sheets and thrown overboard with millstones around their necks so that the corpses wouldn’t float.”

Wotengni—it’s a way of saying ‘I love you’ in Mandarin that translates to ‘I hurt for you.’ It’s as if the sinews of pain are embedded in the very language of loving and being loved.

I never hated Ammu the way my classmates hated her. I knew she loved her children—it’s obvious to me but Roy still makes it explicit: “Ammu loved her children (of course), but their wide-eyed vulnerability and their willingness to love people who didn’t really love them exasperated her and sometimes made her want to hurt them—just as an education, a protection.”

Instead, I grieved how illegible her love for them was, for how they never felt loved and for never identifying the form their mother’s love took. How she didn’t know how to raise her children in a place that would not love them back. Estha and Rahel never understand how much Ammu loved them and instead remain estranged from her up until her death. Their estrangement feels inevitable and all the more tragic. Nobody but the reader will ever know how much Ammu loved her children.

Wotengni—it’s a way of saying “I love you” in Mandarin that translates to “I hurt for you.” It’s as if the sinews of pain are embedded in the very language of loving and being loved. My exposure, my visibility, my vulnerability to the world is cause for fear and anxiety in my parents. “I hurt for you” is so close to “I hurt you.” I’ve only ever known a kind of love that is toughening.

I used to wonder if they hated me for having it so good, for having a clean, Chinese-free American accent, for taking art and piano lessons; and I reflexively hated them for their chosen obliviousness about how I had no choice.

Nowadays, I wonder who my parents see themselves as within this America, and what narrative they had transcribed onto me. Growing up and living with their everlasting imposition of utmost perfection—I can only imagine this as coming out of a place of protectiveness. At the same time, I wonder if they are more willing to protect their vision of a magical and just America than they are of protecting me; or if in their eyes, the two are one and same.

As long as our family has lived in Alabama, my parents have grown muscadines—tough-skinned grapes that only grow in the South—on trellises behind our house. Muscadines thrive in the humidity and heat, their outer layer protecting them from fungal diseases. My mom used to peel muscadines for me—two bowls in front of her, one full of inedible skins which she liked to suck on, the other full of the fleshy grapes she saved for me to eat.

Since moving out of Alabama, I’ve missed many muscadine seasons. Muscadines are also impossible to access outside of the South—I’ve never seen it sold in a grocery store before.

In the fall my mom mails me a box of produce that has muscadines and vegetables she grew in the garden. She has a surplus of stamps so she carefully lines them up in rows, leaving enough white space for the postal address. When it reaches my doorstep, the box is covered in plastic, marked with an apology from the USPS for the damage that package had experienced. The cardboard is soaked through and when I use a knife to hack it open, I see the muscadines have rotted in transit.

When I tell my mom on the phone, she sounds so dejected I wish I could hug her. I should thank her anyway but instead I scold her. “Mom, you can’t mail this to me. It can’t stay fresh like this when there’s no air flow.”

As much as I interrogated my own lovability, practicing feeling lovable and aspiring to be lovable at all costs, I never questioned my parents’ desires. I instead assumed that their emotional landscape was impenetrable, that they did not have the same needs as I did, that I didn’t have to love them.

Nobody will tell you the truth or protect you like we do—I catch myself abiding to this Love Law. I am still trying to peel away the protective rind, in order to reach something sweeter.

Elina Zhang is a writer and organizer based in Pittsburgh. She is working on a nonfiction book about sexual violence and testimonies. You can follow her on Twitter @thirteenpints. 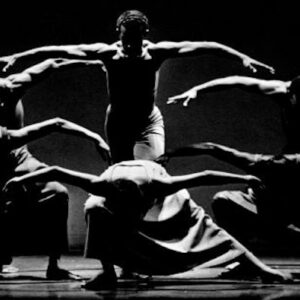 Zeffirelli was blamed for weighing her down Bodice: Elizabethan Neck: Oriental Headdress: Egyptian But a queen isn’t...
© LitHub
Back to top