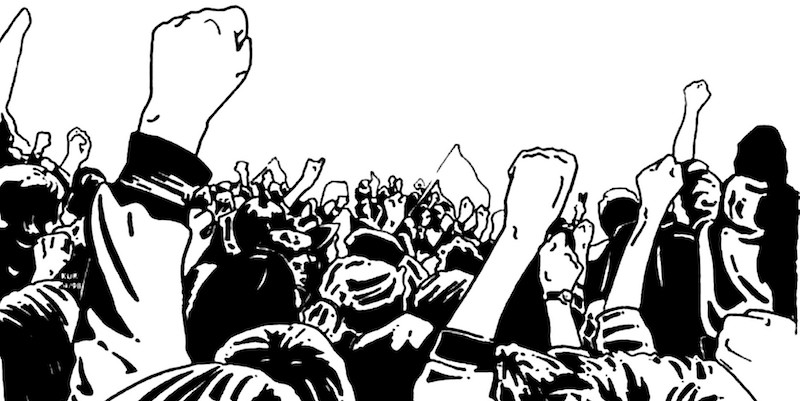 In various forms of political activism, we see a preoccupation with the small scale and local actions. This focus on small structures has already been criticized by various theorists as insufficient in the current state of global ecological catastrophe, as well as in the politics of the state of exception that has been introduced in multiple forms by fascist politicians and informal groups around the globe. In such a moment, as Patricia Reed and other theorists rightly remind us, scale matters; however, I believe there is a different mode of embracing this rather than by smashing small-scale initiatives.

It is clear that the time of hegemony of small-scale avant-garde and exclusive groups is over, however—as they can be, and often actually are, small laboratories of new political agency, they should be considered precisely as such and not as the only solution for the global problems, which they definitely cannot solve without larger-scale movements.

In particular, there is a pressing need for a popular front against fascism. As Negri and Hardt rightly argue, it cannot only be a reactive move, solely opposing various revitalizations of the fascist doctrine. We also need to imagine and rehearse alternatives, to check whether “another world is possible,” as the great alter-globalization slogan dictated. Our political organizations as well as our theories need to embrace the weaknesses of particular humans and nonhumans, as well as groups. The focus on failure is not meant to exclude effective actions or to merely celebrate collapses. It is strategic, as a response to the necessary, yet never final, failures of the effort to move beyond imperial capitalism.

The future forms of political organization, be it counter publics of the common—oppositional public spheres of the oppressed as they engage in solidarity—or otherwise, also need to embrace the very basic human need of solidarity, a sense of acting in common and belonging, which has been deeply altered by precarizing processes, pushing many into instability that ruins any prospect of radical political action. Such a sense is still vibrant in public gatherings and demonstrations, where participants understand, again, that—contrary to Margaret Thatcher’s infamous statement—there is such a thing as society, and sometimes it can go against the alienated preoccupation with profit. The notion of the public, rooted in such a sense of togetherness, is combined with the critical, oppositional vector of agency in the notion and practice of counter publics. However, the affective substance of such agency belongs to the common, and thus one cannot move without the other.

Scale matters; however, I believe there is a different mode of embracing this rather than by smashing small-scale initiatives.

Our experience of fulfillment, often expressed in the positive memories of particularly “good demonstrations,” is not only present because of the nice banners or great numbers of participants; this would be a spectacular reading of such events. It feels good to be there because of the profound, sometimes touching feeling of sharing the same claims with so many others. Here, the effect of scale is not merely a media scandal; it is also and above all rooting us in the “we, the people” sense of acting together. This sense of togetherness and shared purposes and critiques further fuels the conviction toward changing the sometimes unbearable status quo.

This depiction of the feelings and actions of the common can of course be seen as a fetishization of the collective voice, yet if this is a common in revolt, we are probably witnessing a transformation of the existing world into a new entity, even if in a small aspect or particular dimension. Yet as Sibylle Peters argues in “On Becoming Many”, this perhaps is the only way to rehearse the “being common” in its critiques of general inequality and its particular form, as many times as is necessary to transform society and introduce new politics into it.

Some argue against such an optimistic vision of the collective affect. In The Cultural Politics of Emotion, Sara Ahmed sharply details how nationalist, radical right-wing movements are fueled by love. She discusses the love for sameness as a condition of possibility in the hatred demonstrated against the “others” in contemporary Western societies. These pointed images cannot, however, erase the needs of belonging, solidarity and togetherness from the progressive picture of political agency. It is not the necessary logical conclusion that since there is love at the core of fascist mobilization, solidarity cannot be an affect uniting the left. Should the theory and practice of the counter publics of the common resign from emotion and embrace the solely rationalist paradigm so typical of the left? Let me recall a letter Karl Marx wrote to Ludwig Feuerbach, when they were still on speaking terms, in August 1844:

These Berliners do not regard themselves as men who criticize, but as critics who, incidentally, have the misfortune of being men . . . This criticism therefore lapses into a sad and supercilious intellectualism. Consciousness or self-consciousness is regarded as the only human quality. Love, for example, is rejected, because the loved one is only an “object.” Down with the object. It is therefore regarded as the greatest crime if the critic displays feeling or passion, he must be an ironical ice-cold.

I am not claiming that affect will solve our issues, but I also do not want to subscribe to a critique that contradicts an important part of the lived experience and thus fails to build a theory of the public, which we so badly need.

One thing has to be acknowledged if the theory and practice of antifascism is to be contemporary and not merely historical: feminism and the centrality of women’s rights must sit at the core of our understanding of the contemporary state of exception. The homo sacer, the contemporary subject of oppression, is gendered. There is no returning to the “universal subject” of the West. We are different, and the assaults on our integrity, safety and dignity vary depending on gender, race, social and economic status, sexuality and geopolitics, still cutting the world into the colonizing and the colonized, even though this happens in convoluted ways, since peripheries open up in the suburbs and centers of many metropolitan cities in Europe, while the center more and more often appears in the former peripheries.

The effect of scale is not merely a media scandal; it is also and above all rooting us in the “we, the people” sense of acting together.

The centrality of women’s issues and reproductive rights and labor in contemporary feminist movements allows a focus on particular, embodied experiences as those building the lived experience of the common. These issues also transversally cut through contemporary societies, building counter publics across class, race and other divisions. Such contingent universality, which can be claimed and used strategically and should never be essentialized, is one of the new aspects of contemporary feminist counter publics of the common. By their composition, they allow understanding and resistance to other forms of oppression: those appearing in the labor market, those caused by war, colonial practices and racism. Thus they resist fascism even if their declared topics might seem more specific or limited.

Given today’s rise of fascist politics, resistance might seem futile, yet it is necessary. It cannot be maintained as simply the agency of the privileged classes, genders and ethnic groups; it cannot only be perceived as the politics of the West. There are so many places where the counter publics of the common are created that instead of erasing them by our traditional habits, we should perhaps learn how to understand them as a global trend, in their diversity and heterogeneity. 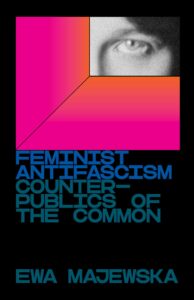 Ewa Majewska is a feminist philosopher of culture and Affiliated Fellow at the Institute of Cultural Inquiry (ICI) in Berlin, Germany. 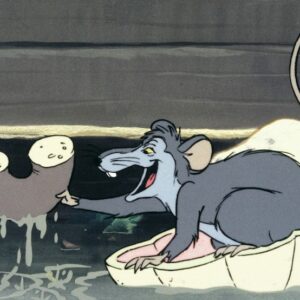 Rats on the sidewalk in the middle of the day: just another sign that the COVID-19 pandemic turned life upside down. It seems...
© LitHub
Back to top
Loading Comments...