TODAY: In 1860, Owen Wister, the father of western fiction and author of The Virginian, is born.

“What happened to America’s inner world?” Dina Nayeri on the hell we’ve built separating children from their parents • Where to start with one of the world’s great writers? Here are 25 Alice Munro stories you can read right now online • “I worry I say too much in interviews.” An interview with Ottesa Moshfegh • Much has changed since the turn of the millennium, but as Nadifa Mohamad looks back at life at Oxford’s last all-women college, much has stayed the same • From Thelma and Louise to the Long Island Lolita, Allison Yarrow looks at that archetypal character of the 1990s, “the Woman in Jeopardy” •

Lucy Tan on falling in love with the language she’d spoken as a child • David Lynch has thoughts on the dark side of 1950s suburban America • Samantha Hunt looks back at the ghosts of Brooklyn past • Andrew Martin: “Why I added, then deleted, Trump from my novel” • Not everyone loves Proust. In fact, here are some writers who really don’t • Two of our favorite short story writers talk craft, family, masculinity, and Alice Munro: Jamel Brinkley and Brandon Taylor in conversation • What if we did our book tour by… bicycle? A real thing a writerly couple did (they’re still married!) • On Fiction/Non/Fiction Pamela Paul and Mira Jacob talk literary reboots, American superheroes, journaling, and more. With Whitney Terrell and V.V. Ganeshananthan • Are you ready to laugh? From Jane Austen to Helen Oyeyemi, 20 very funny novels by women • Does the second season of The Handmaid’s Tale want us to empathize with Ivanka Trump? • Aisha Tyler recounts one of the worst night’s of her stand-up comedy life… at a Christian college • If Watergate happened today, it would probably stay secret: Sy Hersh reveals a 1970s Washington that seemed to contain… decency and honor? • How can fiction predict a future that’s already happening? Andromeda Romano-Lax on what it is to speculate • Rachel Heng recommends 5 novels by Singaporean writers you should read • We need a mythic-scale story to tell about climate change, before it’s too late • Writers at the beach! Yes, you too can have the Harukami Murakami “just went out for a casual jog” look

The first reviews of every Thomas Pynchon novel, with George Plimpton, Salman Rushdie, T. C. Boyle, Michael Chabon, and more weighing in on the work of the most mysterious man in American letters • Francine Prose on five classic books to read and re-read—from Middlemarch to 2666 • Critic and Interabang Books co-owner Lori Feathers on William Faulkner, Jamie Quatro, and reading without inhibition • Andre Dubus’ collected stories, Anne Tyler’s greatest hits, Ramona Ausubel on A. M. Homes, and more Book Reviews You Need to Read This Week • New titles from Ottessa Moshfegh, Deborah Levy, and Keith Gessen all feature among our Best Reviewed Books of the Week

12 outstanding true crime podcasts to get you through the summer • From F. Scott Fitzgerald to Gillian Flynn, Lucy Atkins showcases ten novels where bad things happen in beautiful places • Sheena Kamal recommends 8 crime novels that challenge us to see the humanity in everyone • Dead Girls author Alice Bolin on obsession, identity, and the new wave of feminist thrillers • Ahead of Thrillerfest, nominees for the International Thriller Award weigh in on the state of the genre • From jazz-age psychopaths to modern-day pirates, the best true crime books to read this July • Wallace Stroby on the romance of the newsroom, the end of an era, and the reporter mystery • Saul Austerlitz on the strange, complicated relationship between the original motorcycle outlaws and the radical left in 1960s California • C.W. Gortner on the Romanovs, the birth of the tabloid era, and the long history of bold and bizarre Romanov impersonators • Ellison Cooper asks whether serial killers are born bad or man-made monsters, and looks at the neurobiology of psychopathy 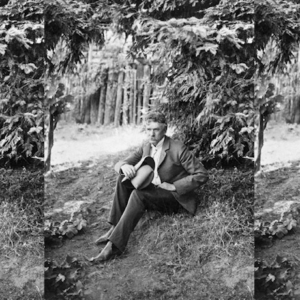 Writers at the beach! Yes, you too can have the Harukami Murakami “just went out for a casual jog” look. | Lit Hub ...
© LitHub
Back to top