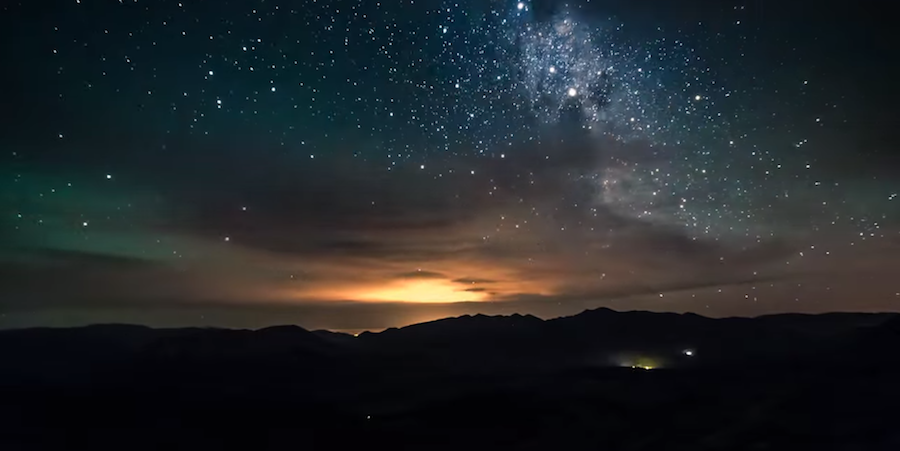 Humanity is Just Another Experiment Here on Earth

The massive collective project we call civilization began about almost 10,000 years ago, when the last ice age ended and our planet’s climate grew warmer and wetter. In response, some of us stopped our nomadic wandering and settled into villages.

Around those small groupings of huts and storehouses, the Earth was put to plow. We cultivated grains and rice. We domesticated the ox, the goat, and the cow. We created a new way of being human beyond the old hunter-gatherer way of life. It was an agricultural revolution that brought with it a radically different way of understanding ourselves and our place beneath the stars. This project of civilization accelerated when some of the villages grew into the first cities. There, we developed sophisticated new technologies for irrigation. We forged metals and stored information in writing. Through the tumult of markets and trade and conflict, our work became specialized. Some of us became millers, others tanners, others soldiers, and others still administrators. Some of us even became a special kind of priest whose job it was to watch the skies. And all the while, our numbers steadily increased.

By 1,000 years after the birth of Christ (1,000 CE), 300 million human beings walked the Earth. Then, just five or six centuries ago, a new approach to the natural world was established. Harvesting ideas from across the planet, we discovered a method for directly probing the world’s behavior—what we now call science. Using it, our project’s capacities exploded. We learned to cross oceans quickly in ever-larger ships and in relative safety. Improvements in sanitation and medicines began to keep us from dying young. Machines for farming began freeing us from famine. In response, population growth rates exploded, and in the first half of the 1800s, our numbers crossed the one billion mark.

In the years around that milestone, we made perhaps the most important discovery for our project of civilization. Using the fruits of our newly established scientific society, we learned how to harvest fossil fuels. Tapping a hundred million years of stored sunlight in the form of coal, and then petroleum, industrial civilization tidal-waved across the globe. Touching even the most remote corners of every continent and every ocean, our capacities seemed to grow without limit.

By 2011 CE, just about two centuries after reaching one billion, our numbers had climbed to seven billion. Today, even a modest-sized modern city houses more people than lived on the entire planet before the dawn of agriculture. Using the tools of science and its daughter technologies, we explored the entire planet. We mapped everywhere. We were everywhere. These days, at any given moment, there are even half a million people flying miles above the ground.

Our project was thriving.

For the most part, the planet took little notice of our experiment in civilization building. The clearing of land for farming certainly altered local balances of life and resources, but the Earth as a whole—meaning the surface, air, water, and life—wasn’t significantly and globally disturbed from the state we found it in when civilization began.

“The Earth and its inhabitants have been evolving together for eons, and we are just the most recent in a long line of its experiments.”

With the industrial revolution in the 1800s, the relationship between the project and the planet shifted. Earth began to “feel” our presence. Air, water, ice, rock—all the interdependent, strongly linked parts of the planet we inhabit—began to change. And, as it has done many times before in its four-and-a-half-billion-year history, the Earth started shifting from one planetary “state” to another.

And that is why humans, with our project of civilization, are cosmic teenagers (as Carl Sagan often noted). Our technology and the vast energies it has unleashed give us enormous power over ourselves and the world around us. It’s like we’ve been given the keys to the planet. Now we’re ready to drive it off a cliff. Unlike those kids, however, we are still blind to the truth. We are still unable to see the reality our project of civilization only recently revealed.

Across our history, we have never seen our project of civilization—or ourselves, for that matter—as anything but a one-time story. We have always appeared to ourselves as something essentially new, something entirely different. Every step we humans took was a step into the unknown. There was nothing to guide us, no other histories we could look to and know what might be expected.

It is time to put that story to rest, because we have grown past it. Through long effort, we have mapped out the four-billion-year history of life on Earth, and it shows us that we are not the first. We are not the first time a species has changed a planet’s climate through its own success. The Earth and its inhabitants have been evolving together for eons, and we are just the most recent in a long line of its experiments.

But there is more.

Our science has also shown us something we did not know even 20 years ago. The universe is awash in planets and they are, in principle, not so different from our own. There is every reason to expect that on many of these worlds there will be oceans and currents. There will be mountains with fierce winds and valleys that begin the day shrouded in morning fog and end it with falling rain. And there will be life, too. Sure, it is possible we’re on the only world to host life in all of cosmic history. Science has, of course, been arguing about the existence of life on other worlds for centuries. But the explosion in our knowledge about other worlds sheds new light on this question, revealing something remarkable. The discovery of all those new planets means we can only be unique if the laws of the universe are strongly biased against life and intelligence. In other words, there are so many planets in the right place for life to form that the burden now falls on the pessimists. It’s up to the naysayers to demonstrate how, with so many worlds and so many possibilities over the whole of cosmic space and time, we somehow are the first and the only.

So, while it is important to remember that the question of other life on other worlds remains open and undecided, we can now see that there has, most likely, been life before us. And on some worlds that life will, most likely, build rich and complex biospheres. Going further still, over the long history of the cosmos, life on some of those other worlds will, most likely, have woken up. It will have learned to think, to reason, and even to build its own projects of civilization.

One way or another, science points to the fact that we are likely not the first. Now it’s time to take those insights from astronomy and earth science seriously. In light of our maturing knowledge, it’s time to tell a different story about ourselves and our fate among the stars and their many worlds.

Try to get a teenager to change his or her driving behavior only by quoting statistics about traffic fatalities, and you’re likely to be met with a blank stare. That’s because we humans need more than numbers or the rising curve on a graph to understand the world. We are fundamentally storytellers.

Ask the kids in that group of troubled teens about themselves, and they’ll respond with a narrative about families and fights, their isolation at school, or the time they ran away or the day a parent skipped out on them. We all use stories to make sense of ourselves in the world. And what’s true of individuals is also true of cultures and the sweep of their history.

For most of history, we have used myth to tell our biggest stories. When you hear the word myth, you’re likely to think of a false story. But, taking a long view of human evolution, myths are often more than just true or false, and they’ve always played an essential role for us. Every society, in every time and place, has had a system of myths, a constellation of stories that provide a basic sense of meaning and context. Some speak only to our internal life as we make our transitions to adulthood, to parenthood, and to old age. But some tell the big stories. Through these mythic-scale big stories (including their forms in religion), people came to understand how their culture thought the universe was born, how the Earth was formed, and how people were made.

In our age, that role falls to science. Instead of gods and spirits, we now have the Big Bang and Darwin’s story of the descent of man. With science, we found a new way to enter into a dialogue with the world, one where experimentation and evidence led the way. That’s how the big stories get put together for us moderns. But the power of those stories as stories never went away.

When it comes to the fate of our civilization in a climate-changed world, however, we don’t have a big story that can convert rising global temperatures and melting Greenland ice sheets into a grand narrative with us in it. The only thing close is a story that goes something along the lines of “we suck.” Human beings are greedy and selfish. We are nothing but a plague on the planet.

That story is not only unhelpful and impoverished, it’s also entirely wrong from the perspective of the new understanding of life and planets we’ve recently gained.

People often cast the climate crisis in terms of “saving the planet.” But as the biologist Lynn Margulis once put it, the Earth “is a tough bitch.” It’s not the Earth that needs saving. Instead, it’s us and our project of civilization that need a new direction. If we fail to make it across the difficult terrain we face, the planet will just move on without us, generating new species in the novel climate states it evolves. The “we suck” narrative makes us villains in a story that, ultimately, has none.

What that story does have are experiments—the ones that failed and the ones that succeeded. This larger perspective, gained in light of the stars, does not absolve those who drive climate denial for reasons of greed or political gain. They are fully culpable for their folly. From a planetary perspective and its long view, they will become the reason why Earth’s experiment in civilization building fails to reach its higher potential. So there is an entirely new “big story” we can tell. It’s a drama that puts humanity back into the life of the planet. It’s a narrative that puts Earth and its life back into the proper context of a universe awash in planets. 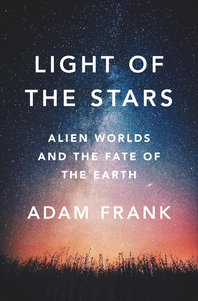 Adam Frank is a professor of astrophysics at the University of Rochester. He is a co-founder of NPR’s 13.7: Cosmos and Culture blog and an on-air commentator for All Things Considered. He also served as the science consultant for Marvel Studio’s Dr. Strange. He lives in Rochester, New York.

5 Novels by Singaporean Writers You Should Read 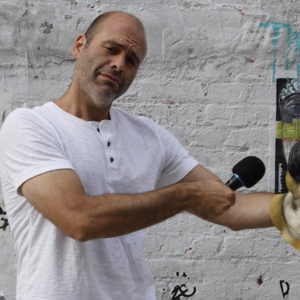 Will Schwalbe: Hi, I’m Will Schwalbe, and this is But That’s Another Story. Most booklovers have a go-to book or author...
© LitHub
Back to top
Loading Comments...