How to Copy Your Favorite Authors’ Best Beach Looks

20 Famous Writers Swimming, Surfing, and Strolling by the Sea

Sun, sand, and surf: better than desk, pen, and ink any day. Or at least any day in the summer, when the beach beckons. To get you through the hottest part of the year, and remind you that famous authors are just like us (and not always art monsters chained to their desks), I’ve collected some photos of twenty famous writers at the beach—luxuriating in the sand, goofing off with their dogs, canoodling with their loved ones, and surfing up a storm—and (because why not) added some suggestions as to how to approximate their beach getups. Let it inspire you to make it to the nearest body of water this weekend. 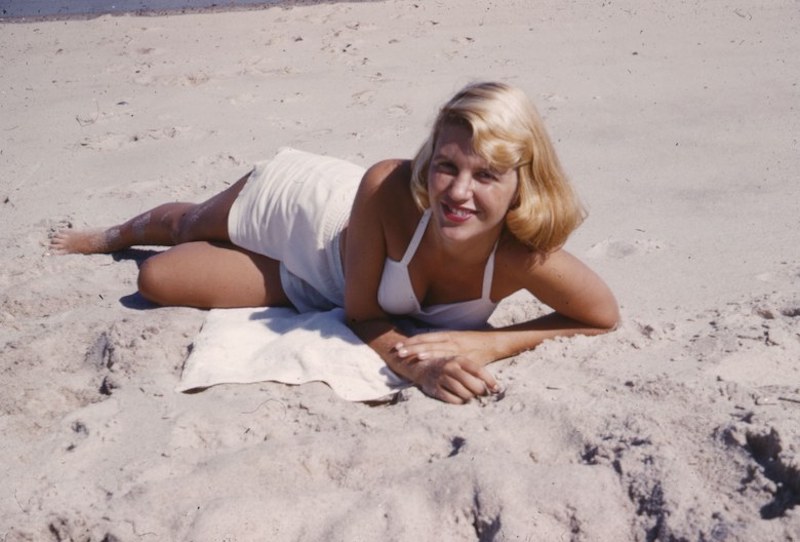 All you need to achieve this look is a full bottle of Sun-In, the all-white swimsuit of your choice, and once in a generation poetic genius! Easy peasy. 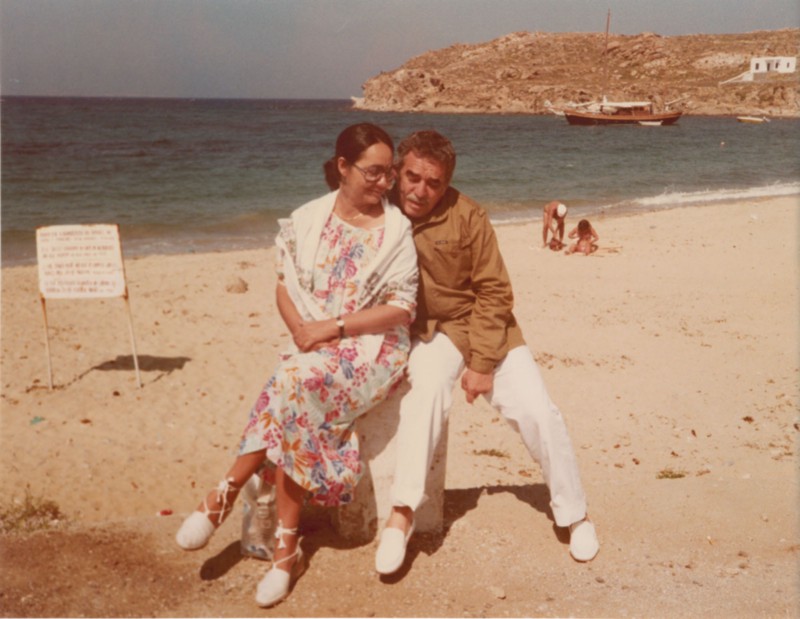 The footwear in this photo is on point, and those white loafers are what really make García Márquez’s look here. The jacket seems a bit hot from this vantage, but then again, Greek islands can be pretty windy, and one has to be prepared. 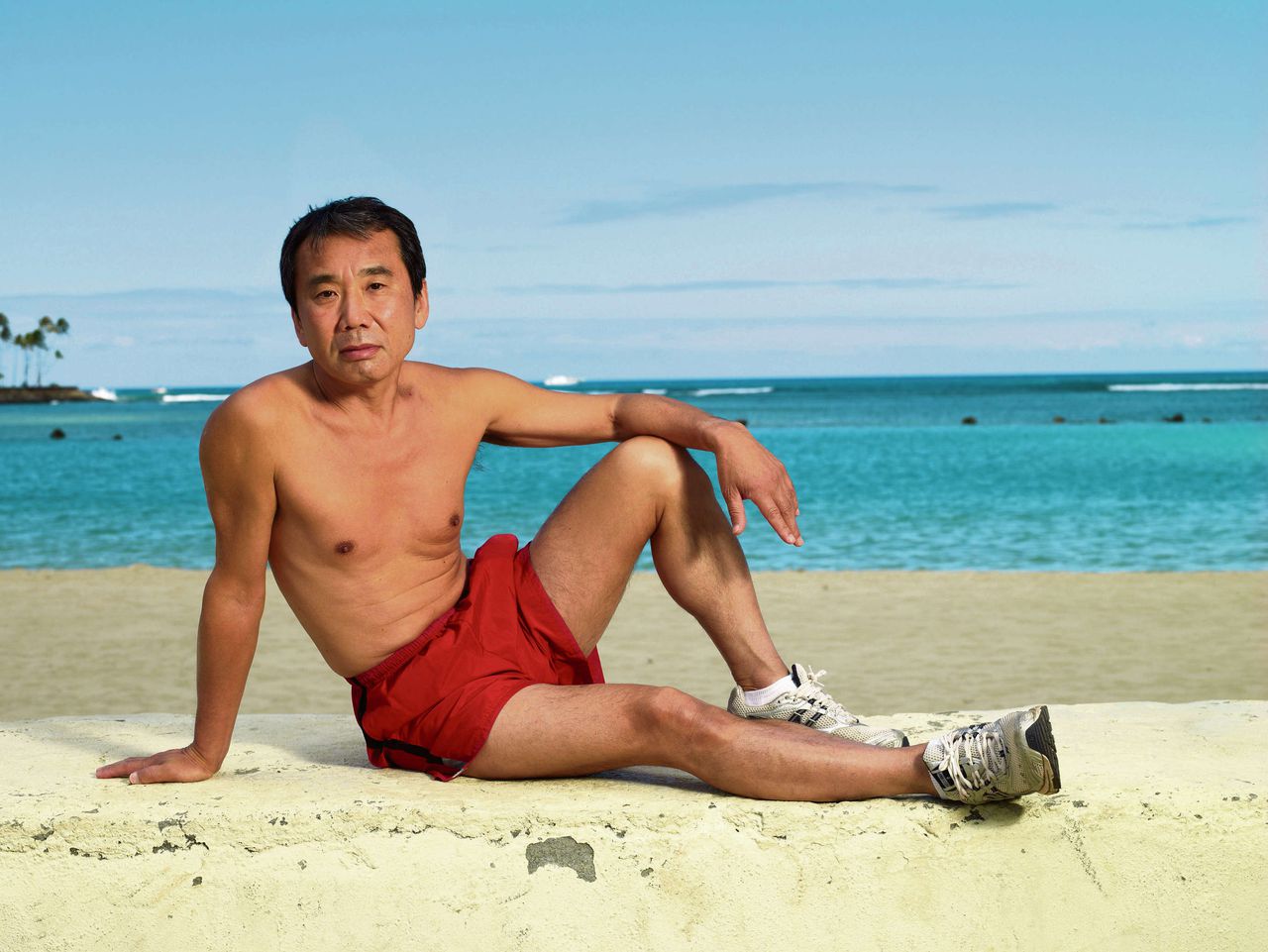 Before you can get this look, you have to go for a long, long run. Preferably many times a week for many years. When you really deserve it you can kick back in your red swim trunks and wait impatiently for someone to take the photo so you can go home already. 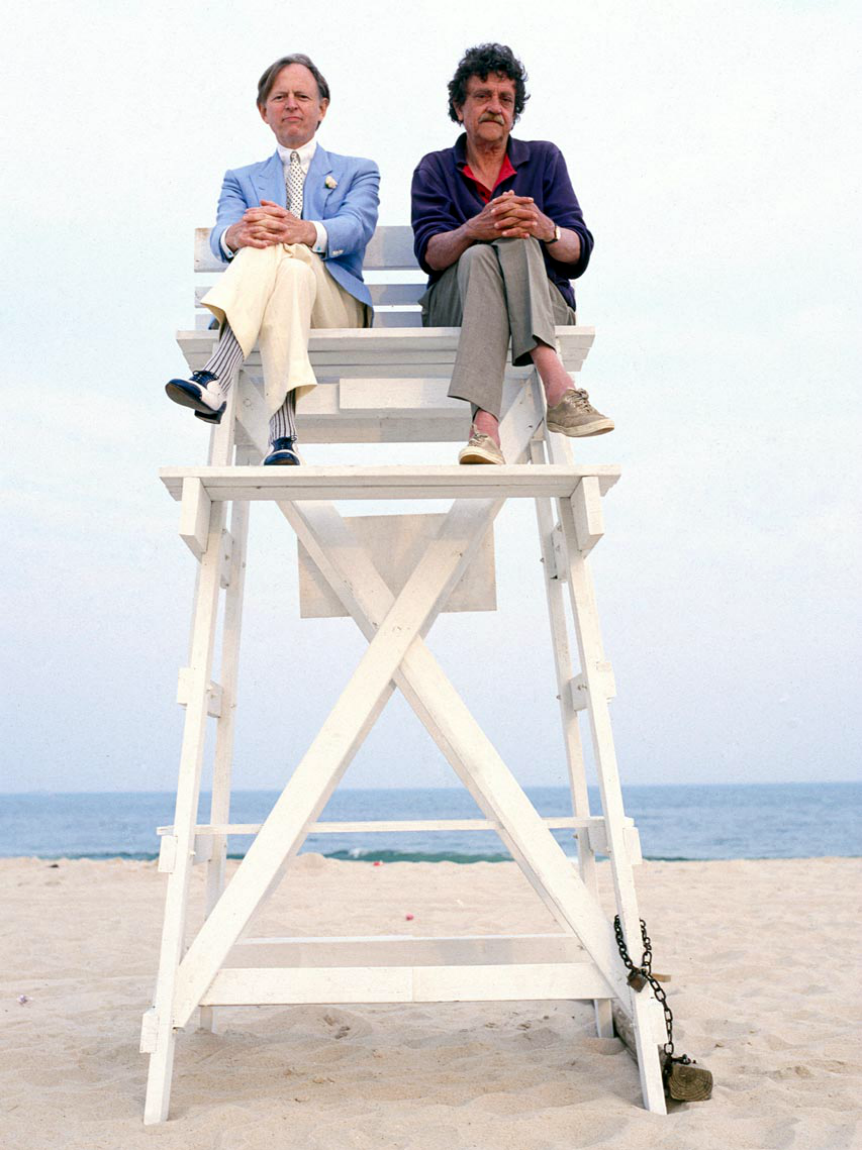 Forget the traditional red bathing suit and floaties: you too can lifeguard with another legendary American author as your only accessory. Channel Wolfe with the questionable choice of high striped socks and two-tone oxfords under your linen pants, or go full beach bum, a la Vonnegut, sockless in dirty sneaks. There’s something for everyone in this photo. 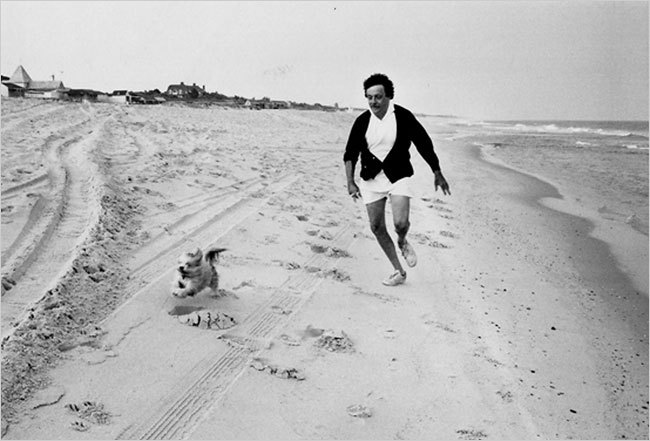 Kurt Vonnegut on the beach with his dog, photo by Jill Krementz

Though to be quite fair, this is the quintessential Vonnegut on the Beach photo—same sockless sneak look, but with the best beach accessory of them all: a little dog to chase around. 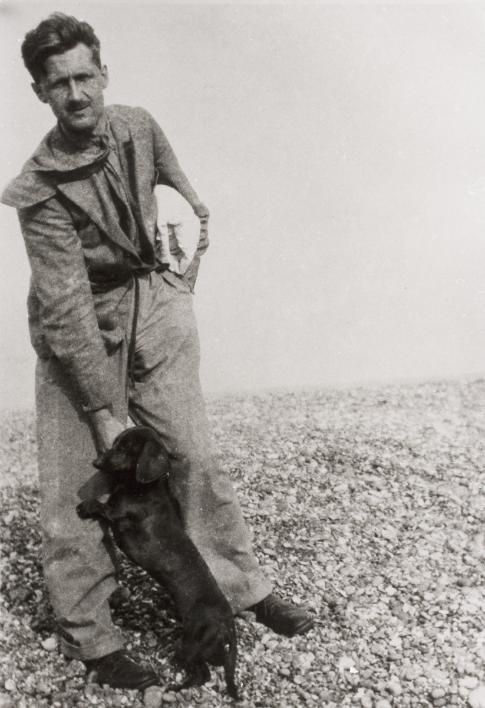 George Orwell also has a very good beach accessory, and seems to have brought his towel, but otherwise seems to be a little bit lost. Who wears a jacket and tie to the beach, anyway? 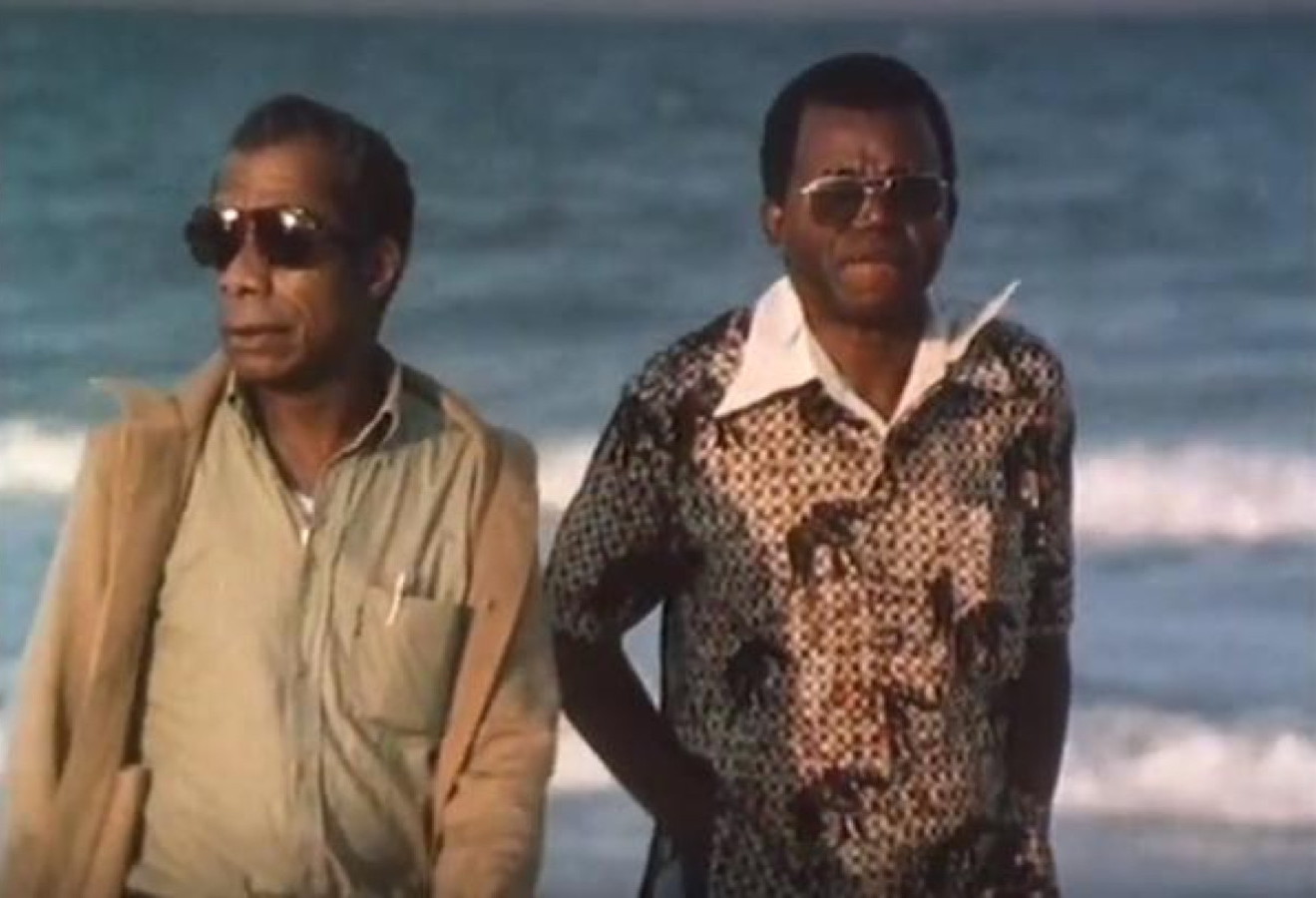 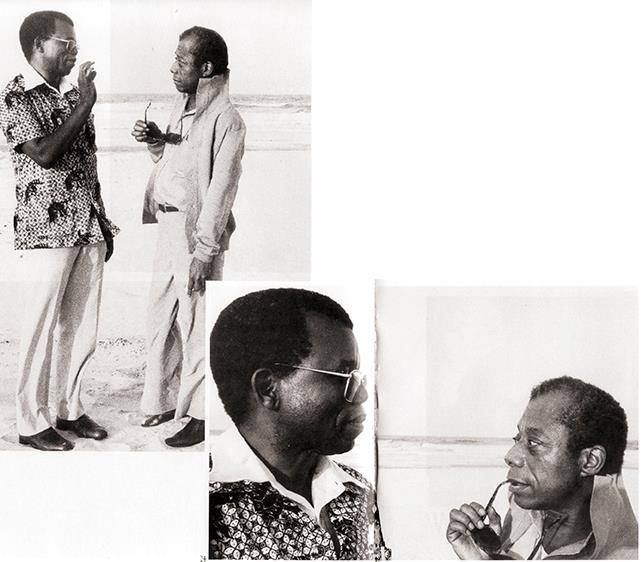 Chinua Achebe and James Baldwin meet in 1980, image via

I don’t think it’s really possible to recreate the genius in these photographs, but you can start by finding yourself a really exciting polo shirt and at least one revolutionary world-changing artist to hang out with. 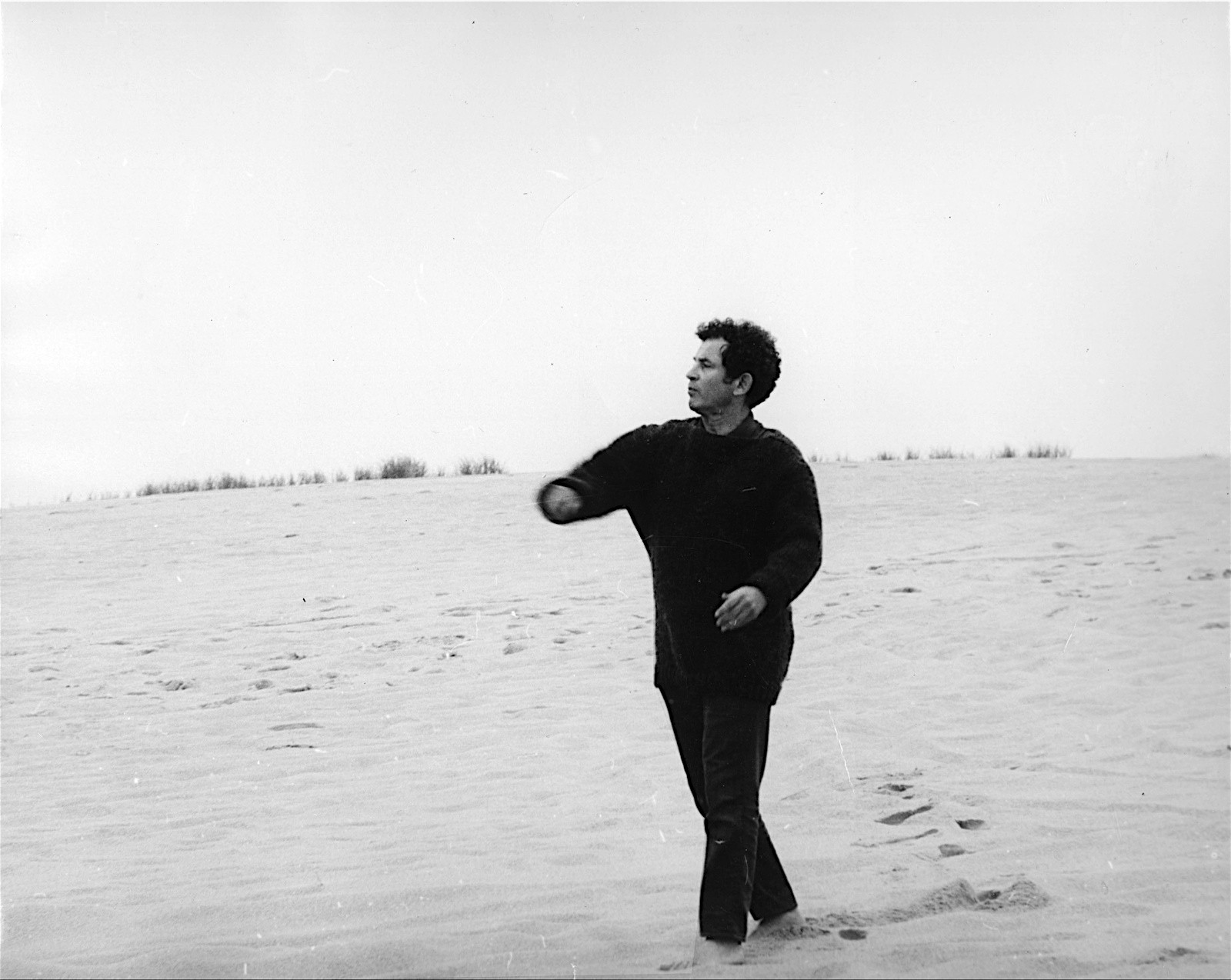 Norman Mailer on the Beach in Provincetown

Black on black is a classic look—and Mailer proves that you can simply pluck any old New Yorker off the street, take off their shoes, and they’ll be ready for the beach. 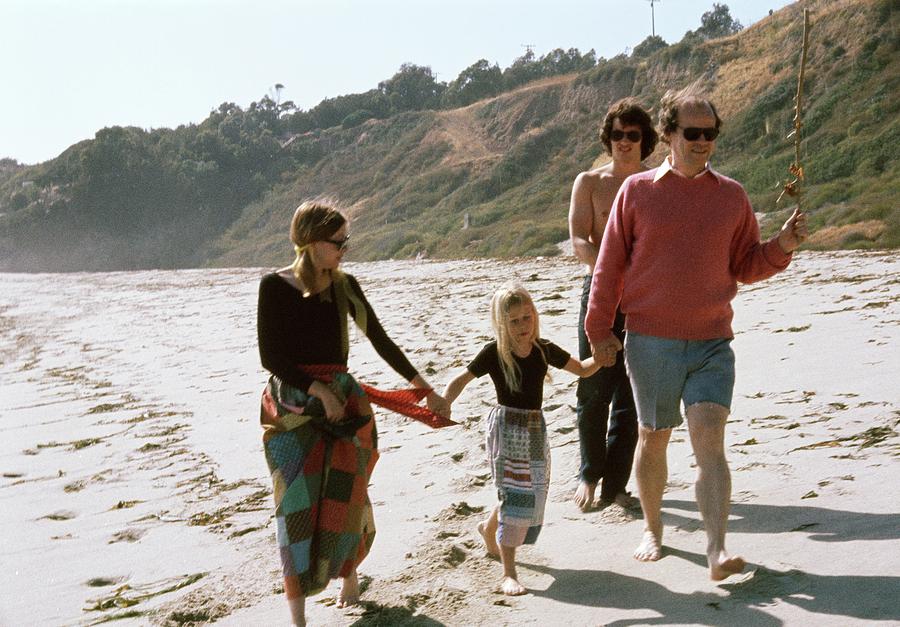 Joan Didion and John Gregory Dunne on a beach with their daughter, 1972. Photo by Henry Clarke

To achieve this look, which I will call obvious happiness, you should get yourself a daughter and dress up in matching outfits—not in the creepy Stepford my-daughter-is-my-doll way, but like Didion, in the my-daughter-loves-me-this-much way, and wander the beach barefoot together. Also, put a yellow ribbon in your hair. 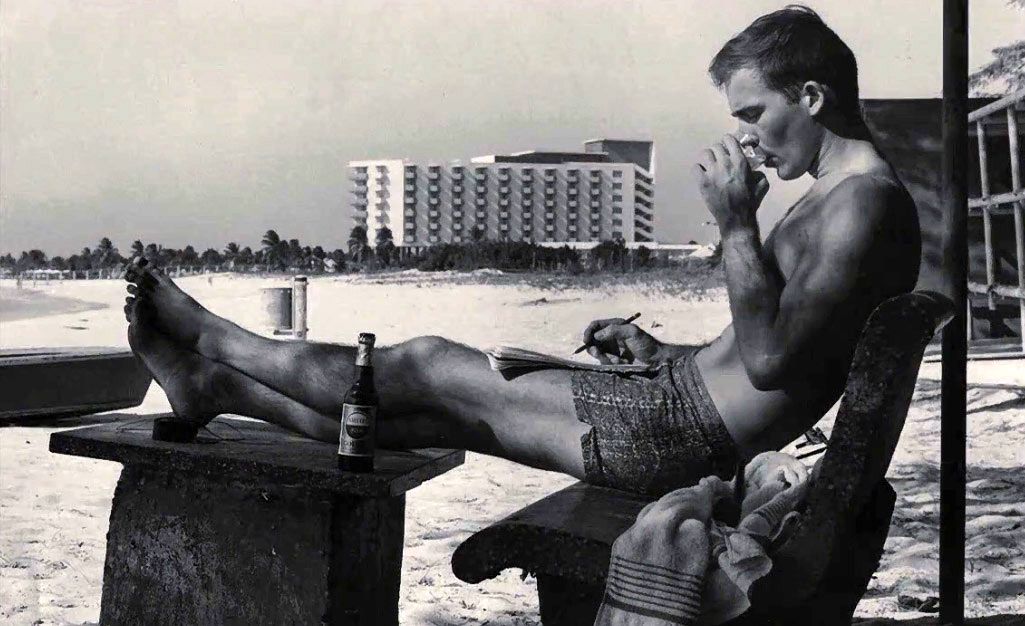 A young Hunter S. Thompson, writing on the beach

No rest for the wicked—or maybe we’re looking at constant rest for the wicked? Here’s a young Hunter S. Thompson, writing while drinking and sunning. I am impressed by the tiny nature of his shorts, but if that’s not your style, just grab an Amstel and your notebook and you’ll be halfway there. 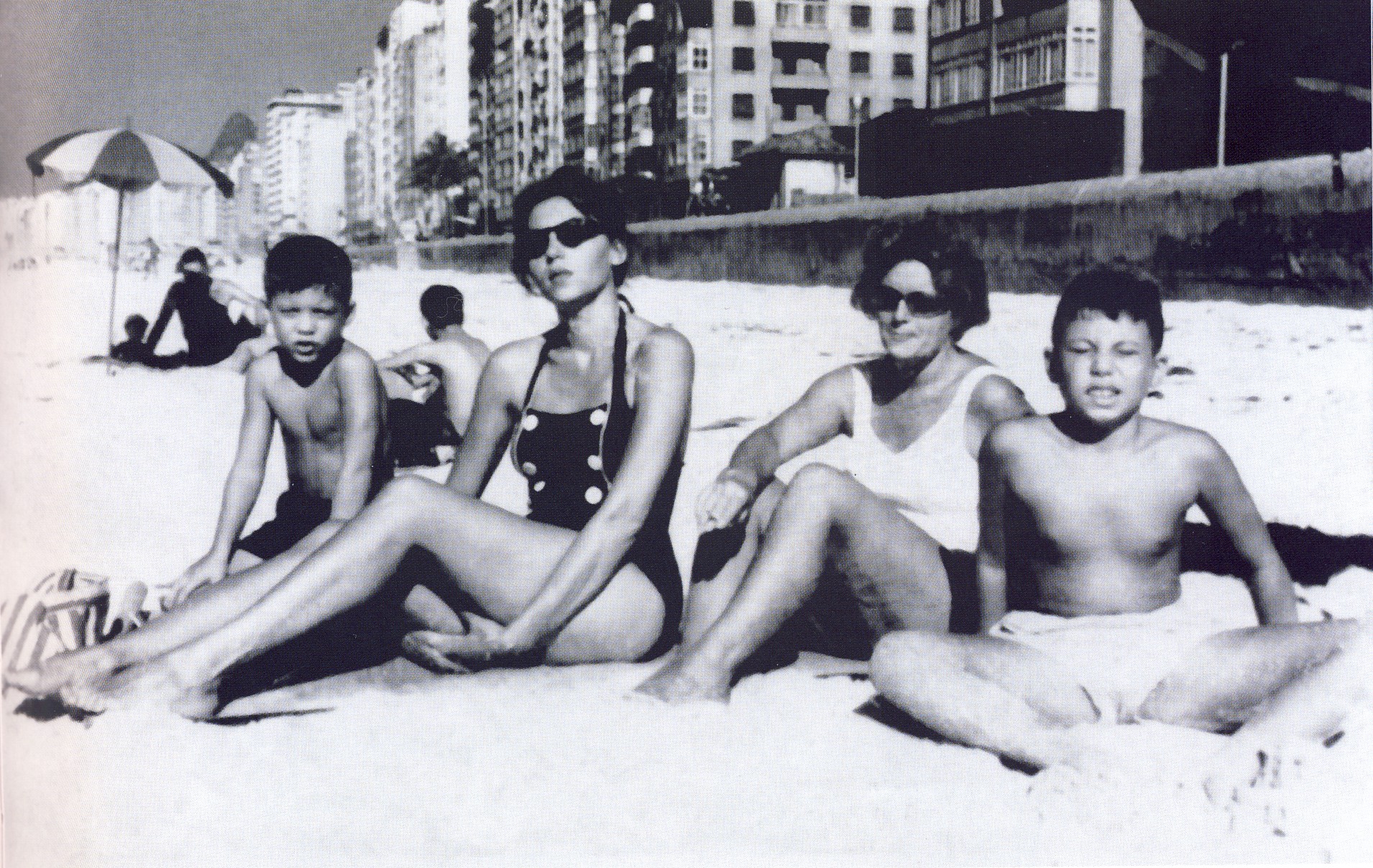 Clarice Lispector with her sons on the beach in Copacabana, Rio de Janeiro, 1959

It’s actually impossible to be as cool as Clarice Lispector, no matter where you go or what you wear, but a nautical one-piece and a pair of dope shades would be a start. 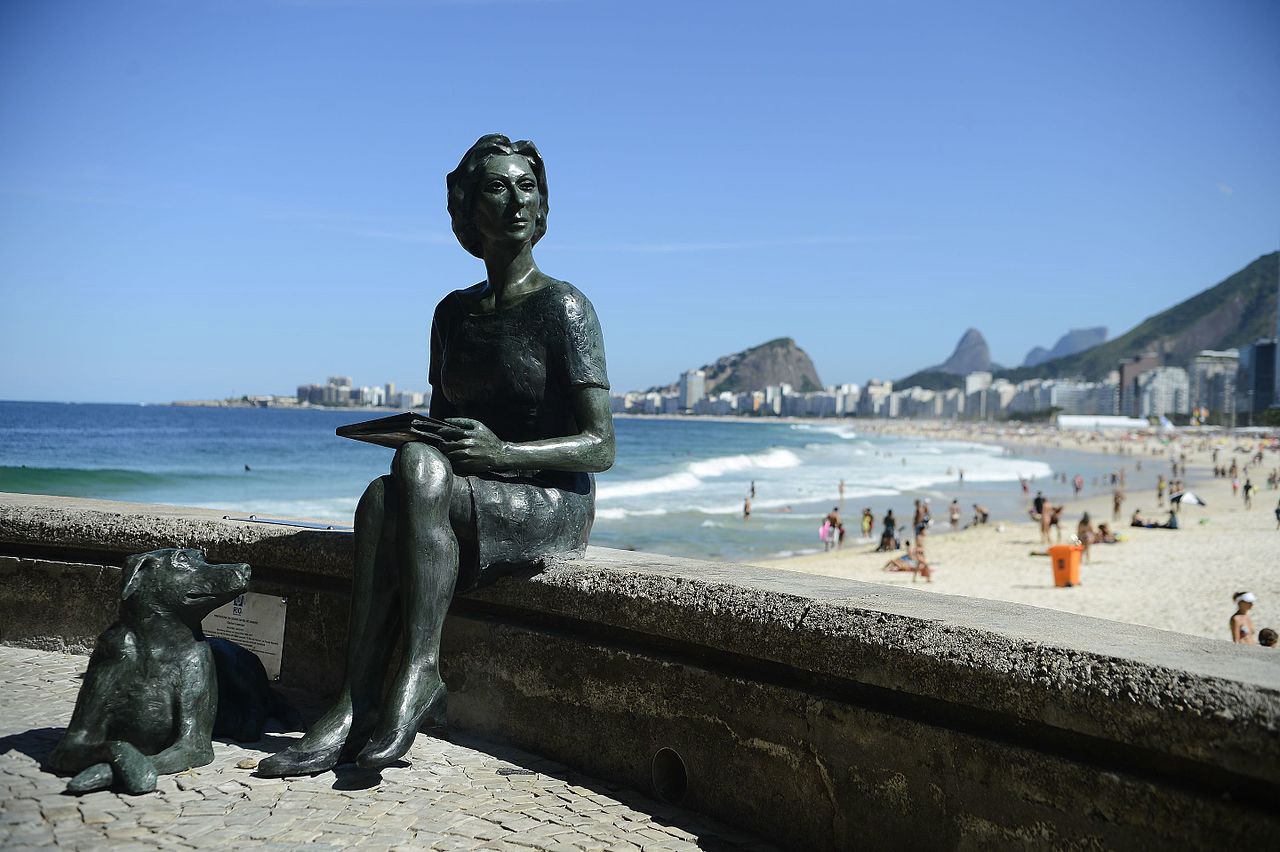 A statue of Clarice Lispector overlooking a beach in Brazil. Photo by Fernando Frazão

However, it might be possible to be as cool as this statue of Clarice Lispector, which sits on the beach permanently with dog and notebook—but still, I’m not holding my breath. 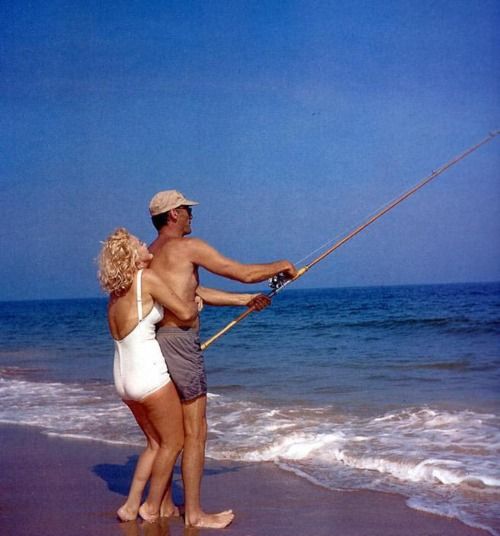 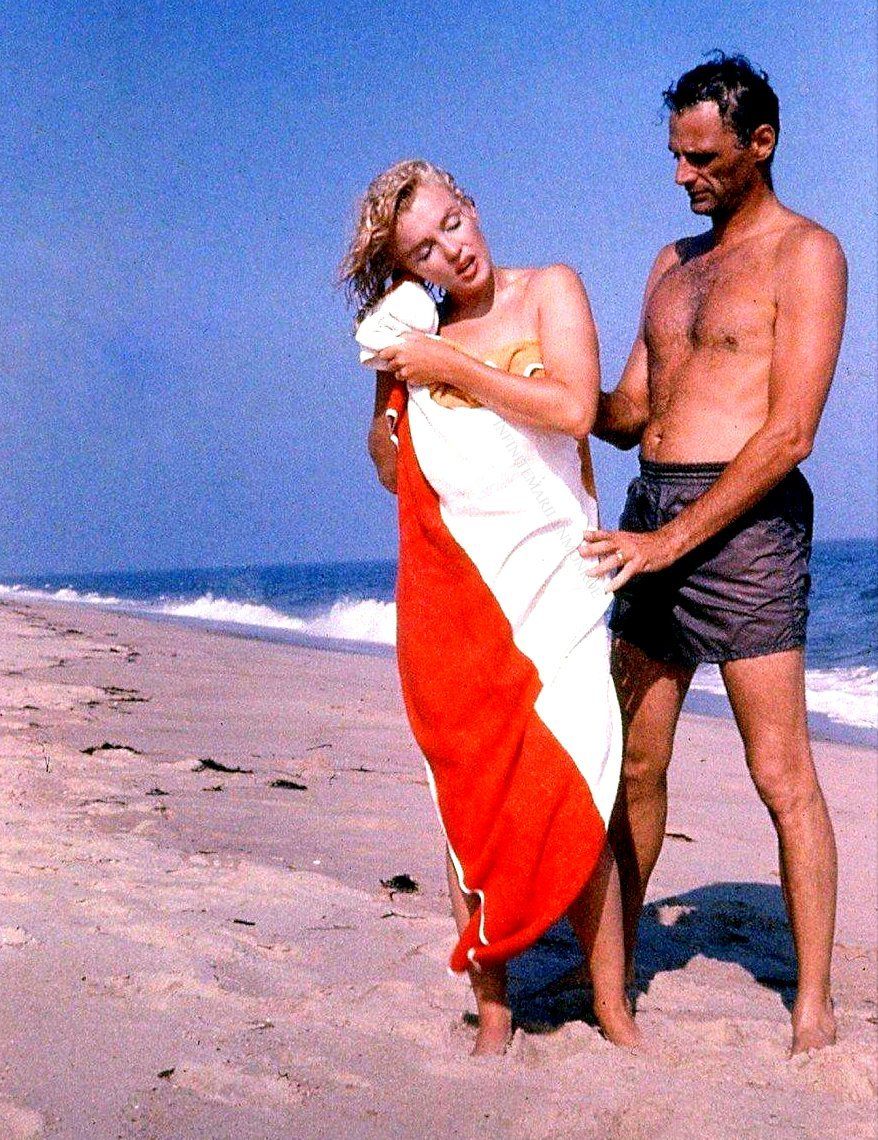 It’s fair to say that Arthur Miller is living his best life in cheapo nylon swim trunks and your dad’s baseball cap, considering he is accompanied by none other than beach queen Marilyn Monroe. 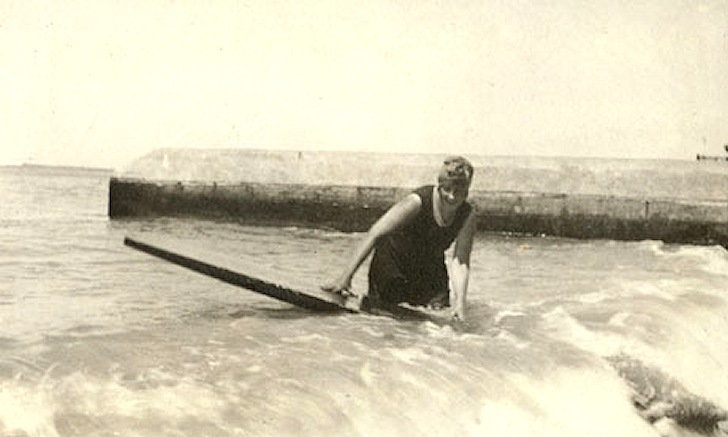 Channel Agatha Christie with a bathing cap, a surfboard named Fred, and indomitable strength of will. You’ll be fine. Sharks are a myth. 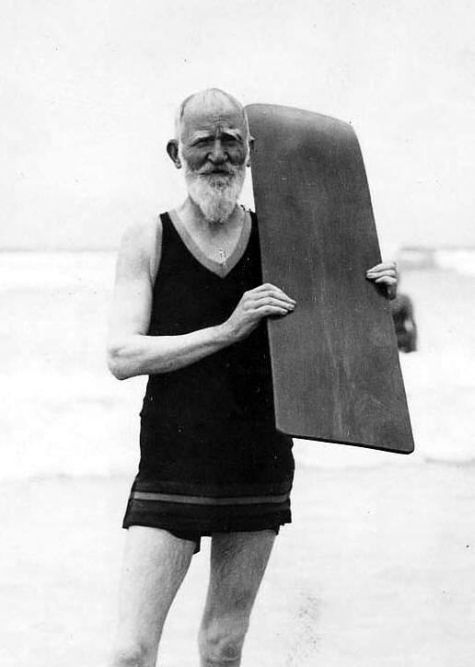 George Bernard Shaw with surfboard at the Muizenberg beach, 1931

And look, George Bernard Shaw surfed too—at the plucky age of 75. What he’s wearing appears to be a long sweatervest, but I figure, if you’re a surfing septuagenarian, pretty much anything you wear is automatically cool. 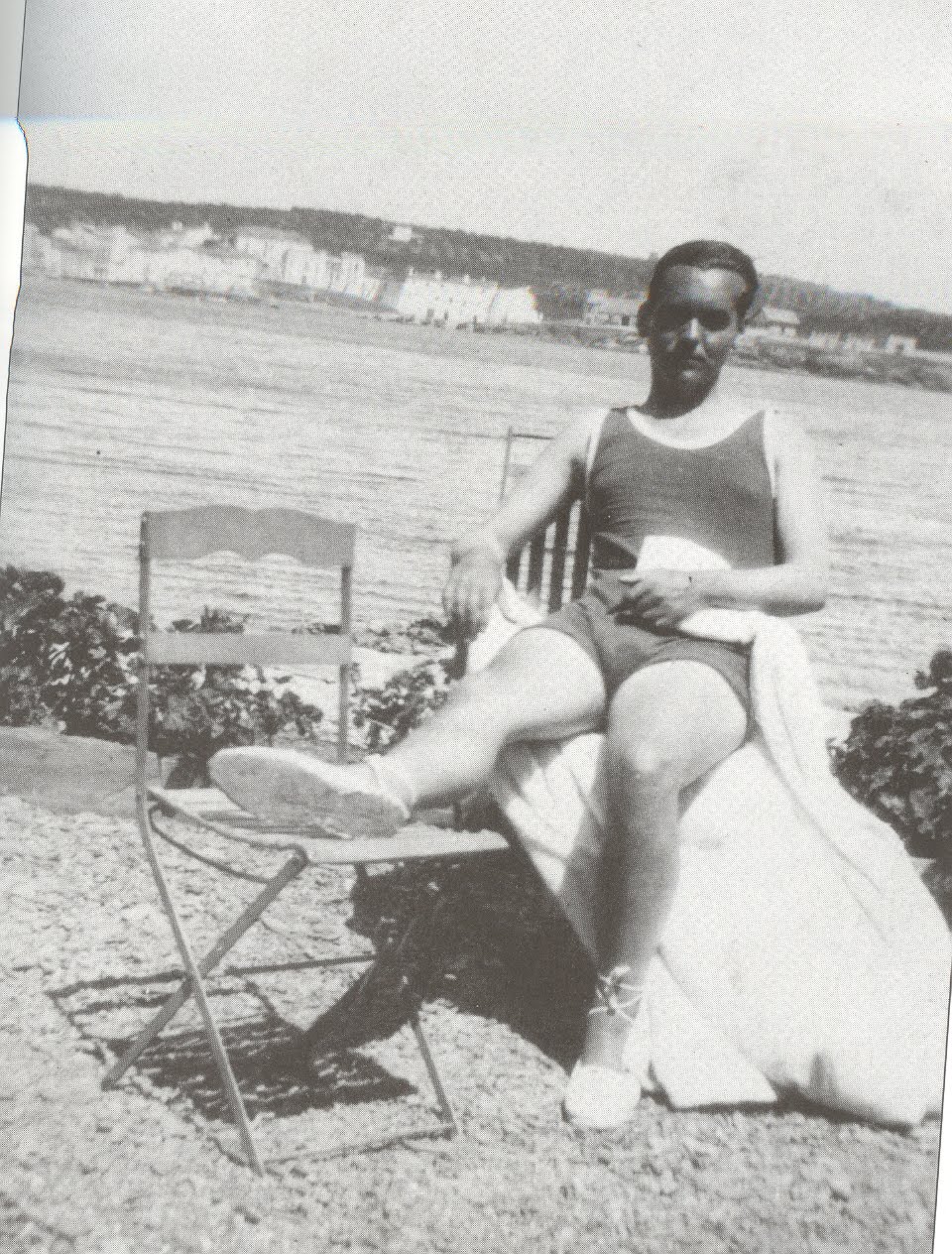 Federico García Lorca on the beach in Cadaqués, where he was staying with Salvador Dalí in 1927

You have to love a man who can rock lace-up espadrilles. These are very similar to the ones García Márquez’s wife was wearing, if you’ll notice. Insert conspiracy theory here? 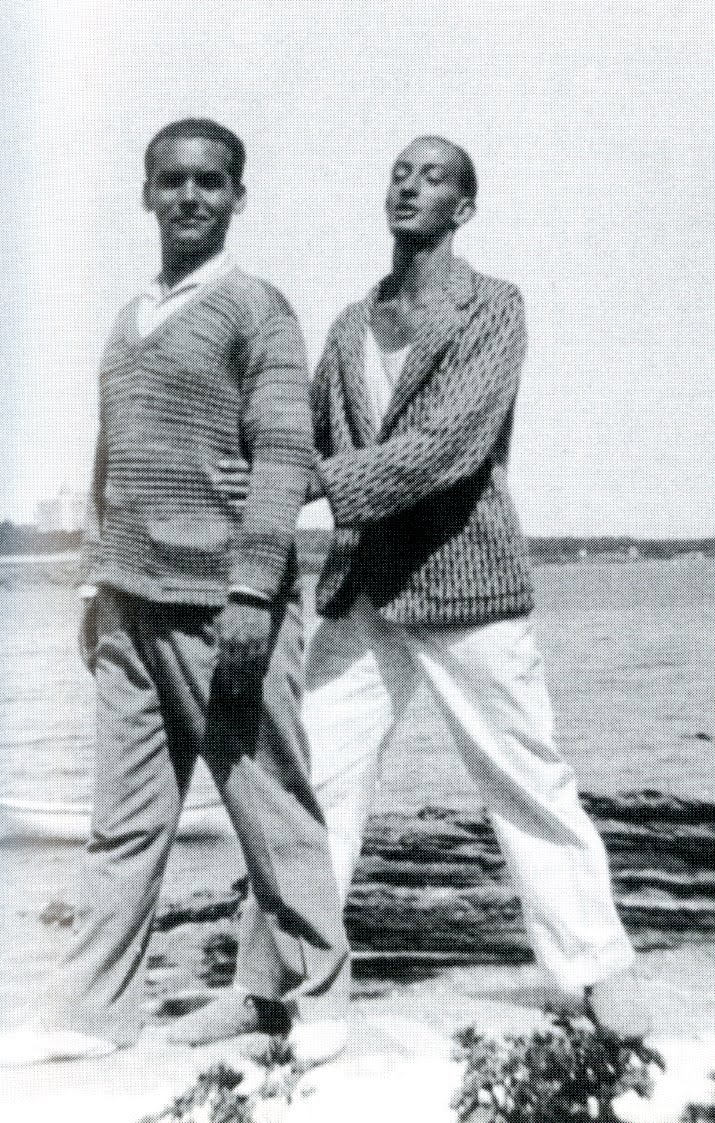 Federico García Lorca and Salvador Dalí on the beach, 1927

And for good measure, here’s a shot of both artists (look at that clean-shaven Dalí!), down by the water in their sweaters. 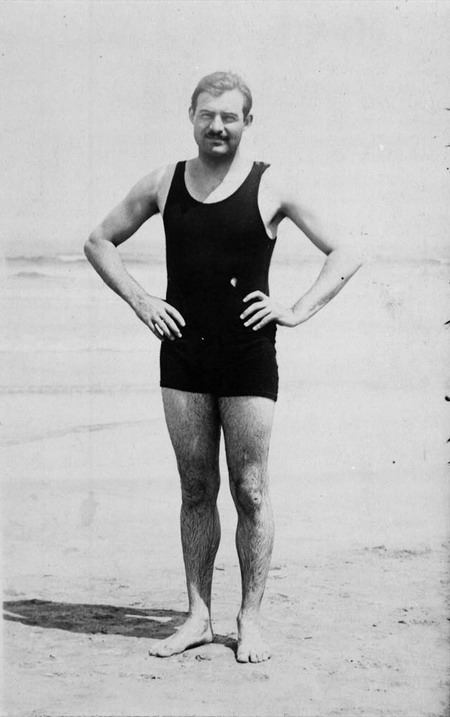 I don’t know if you can still buy a bathing suit like this—though you could certainly sew a tank top to a pair of boxer shorts or something—but you can still achieve Hemingway’s essential beach look by being confident, sporty, and still a bit too young to have drunk yourself into the body of a Santa Claus impersonator. 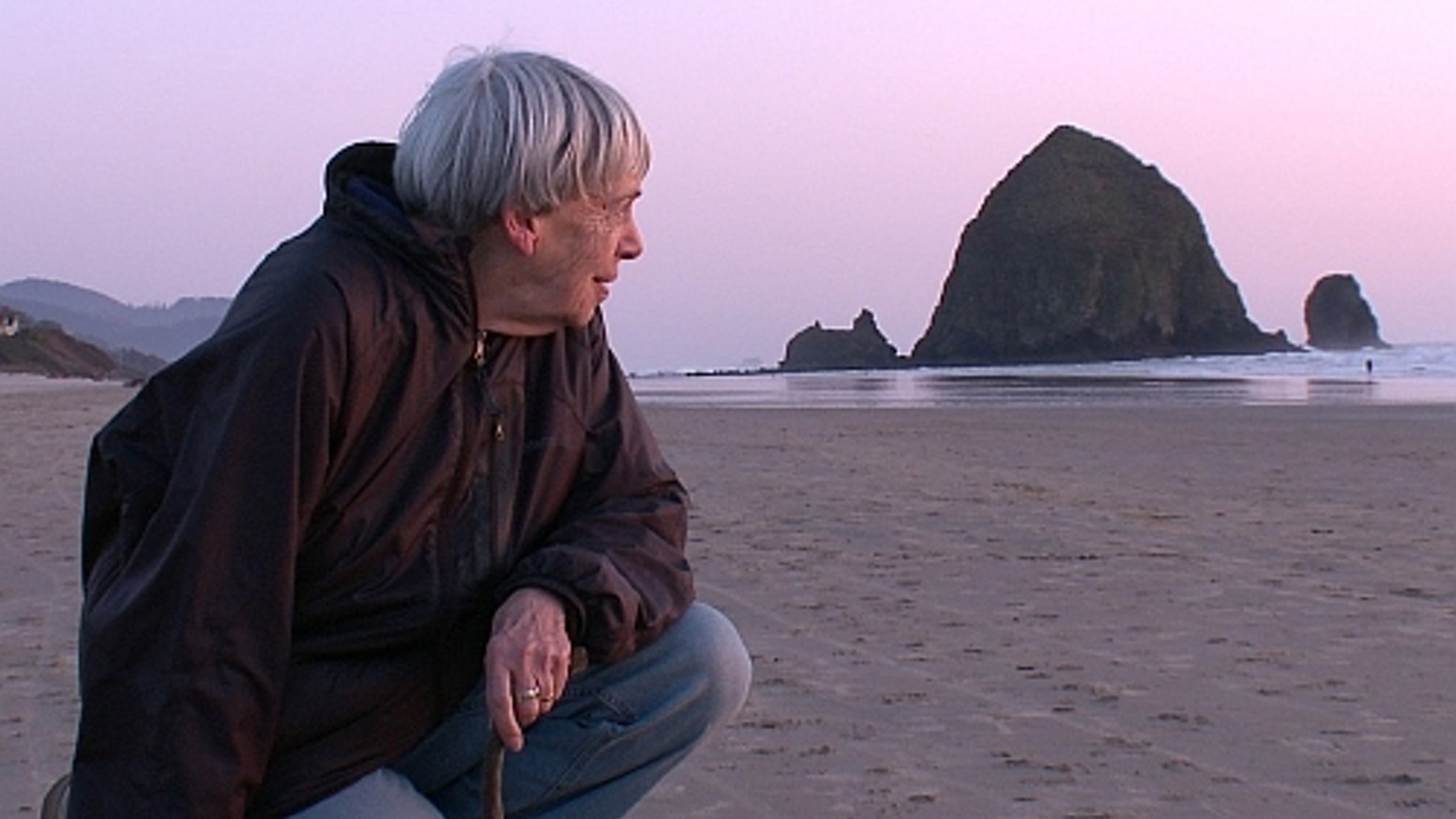 Is it just the fact that it’s Le Guin on this beach that makes it look as though it might as well be on another planet? Either way, it would take quite a bit of magic to pull off the look here—or just a very hip hairstylist (seriously, I have seen this cut and color repeatedly on models in Brooklyn). 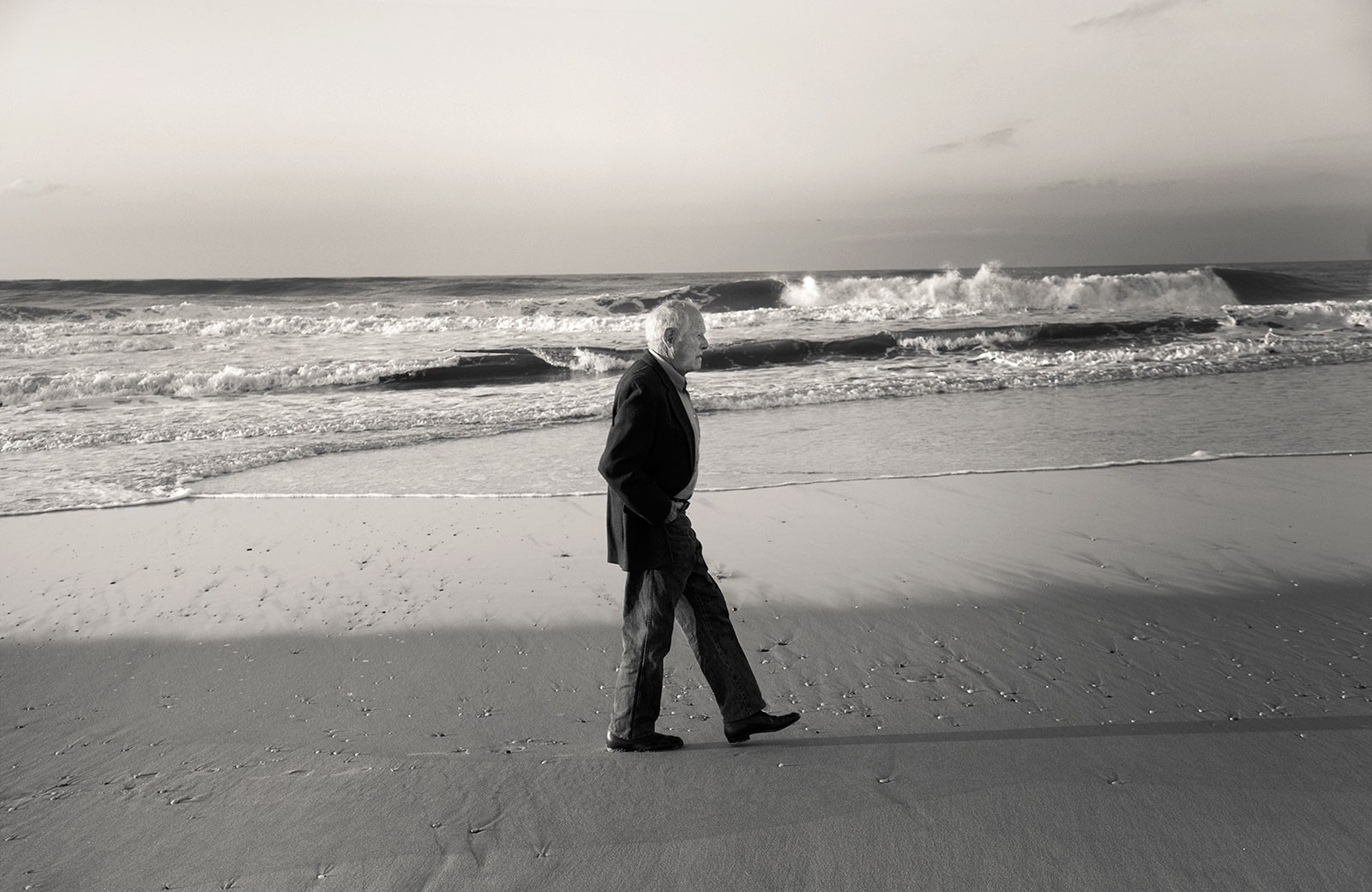 How to achieve the James Salter beach experience? Good shoes and quiet dignity. 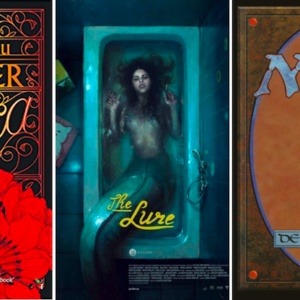 I spent last weekend at my grandparents’ house by the Jersey shore, reading about a very different (and admittedly much...
© LitHub
Back to top
Loading Comments...