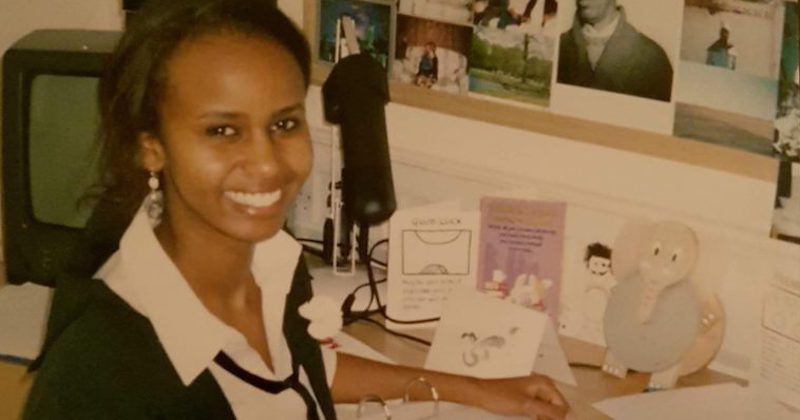 What's Changed—and What Hasn't—Since the Turn of the Millenium

The Cherwell River was on our doorstep, a small patch of lawn separating us from the sullen moorhens, noisy geese, and day-tripping tourists cruising past on rented punts. I had once dreamed of this river. At primary school I would shut out the wildness of the boys—the Adams, Stevens, and Waynes who drove away supply teacher after supply teacher with their jeers, fights and bared bottoms—and imagined myself at a school with a bed for comfort, pacifistic students and a calm river running past. A decade later I walked through the gates of the school I had seemingly conjured up, St. Hilda’s College, Oxford.

The last remaining of Oxford’s all-women colleges, St. Hilda’s was established by the suffragist Dorothea Beale, and named after the Celtic saint, Hilda of Whitby. It was an institution built on donations, pamphlets arguing for the intellectual capability of women, and on the self-sacrifice of feminists who put education before marriage, motherhood and conventionality, in a time when a little piano and needlework was seen as enough stimulation for a feminine mind. In fact, education in the Victorian period was seen as potentially dangerous to women: it could make them lose their minds, their looks, their posture, reading certain books might lead to loose morals while others corrupted in various nefarious ways. Bluntly, education was robbed from women to maintain their infantilization and to keep the patriarchy intact.

I began at St. Hilda’s in 2000 and, of course, much had changed from Dorothea’s time. Women could now vote, own property, divorce and despite the constantly tolling bells of Oxford, the college was a distinctly secular place, and a more pluralistic one as well, with a greater proportion of female Muslim students than other colleges. However, the cosy, safe environment that those Muslim parents were comforted by had another face too: a wild, radical one. The Chaucerian bawdiness of the girls I studied alongside would probably have scandalized Dorothea and her first intake of protestant girls from respectable homes too. I made friends with some of those wild ones: Rosalind, with her black bob and 1930s fashions, who once painted her naked torso in gold paint to protest higher tuition fees, Katherine, a biologist with a ready smile, who lived in a condemned flat above a newsagents, Lana, a Croatian polymath, with a strong resemblance to Britney Spears.

St. Hilda’s was the first place I met girls from beyond the reaches of my own life and environment, and where I saw much greater distinctions of class and background than ever before. In the absence of men we learnt what pulls women together and what pushes them apart. It was seemingly in the first fortnight of term that the girls from boarding schools I had never heard of formed their own coterie, its members distinguishable by their pearls and puffer gilets. The “new money” girls were more socially promiscuous but hard to get to know as they disappeared back to London so frequently. The state school pupils and those who had attended private schools on scholarships drifted together, turning our noses up, in a kind of reverse snobbery, at the country house and hunting brigade. We were zealots of a particular kind: opposed to anything elitist, misogynistic, or racist, to both Nestlé and the Bullingdon Club. We discussed what race meant in the Roman Empire, the ethics of Evangelical Christianity, the politics of rap lyrics, and raided the local vintage shops, trying to find the right new exterior for our new interior.

My body also changed while at St. Hilda’s; flung out on the easternmost point of the university and too afraid to brave the busy roads on a bicycle, I became a walker. From taking a bus a couple of stops in London to “spare” my legs, I started to cover miles and miles on foot each day, with a bag full of library books on my back. Winnowed down, my teenage face revealed my father’s hitherto hidden cheekbones and sharp jaw, my body became lean and slim-hipped, and I learnt the pleasure of the journey rather than the destination.

My weight loss was accidental, incidental, but by the end of the first academic year it was clear that many of the other girls, in St. Hilda’s and in other colleges, reacted to the pressures of university life by making themselves smaller, by winnowing their bodies through starvation and purging. Like medieval nuns they limited their sustenance to dry crackers and unsweetened tea, or overate and then commandeered the toilets, leaving an oily film inside the enamel bowls. I had attended a mixed-sex comprehensive and despite its many problems, eating disorders were not part of its culture to the degree, I would learn, it was in many prestigious girls’ schools. The behavior was secretive, almost religious in its ritualism, with calories counted and repented like sins. The self-mortification of these young women was tied, I believe, to the stress of being “a clever girl,” a girl who could argue with men and win. Perhaps it was a desire to counter this intelligence with a small, unthreatening physique or a more introverted need for control and perfection but around a third of my fellow students suffered from disordered eating of some description.

“The self-mortification of these young women was tied, I believe, to the stress of being “a clever girl,” a girl who could argue with men and win.”

Beyond the confines of St. Hilda’s, where the few male tutors living in college padded self-consciously, eyes averted, to the bathrooms at night, Oxford could still be a hostile place for female students. I marched to “reclaim the night” but the day was not necessarily ours either. From lecherous tutors, to flashers, to dodgy minicab drivers, to drunken students, to pranksters, and stalkers, it was a rare girl who avoided all threats. At one St. Hilda’s party, I overhead a female employee remark on my friend’s fancy dress outfit that if she was raped it would be due to her own “provocation,” in the end it was me, in my halal jeans and top, who had my bottom grabbed by another student. Unable to accept his “provocation” I kicked him and received a kind of apology. Our bodies as bait, as communal property, as dangers to ourselves and others, were concepts that climbed over the walls into our college and into our minds.

The paternal attitude of the porters who manned the entrance to the college and chatted to us as we collected our mail gave us a conflicted sense of security, but there was an edge to the way they treated male visitors. Normally placid, any hint of an unchaperoned man made them irate and belligerent. It was because of “Rachel Mclean,” they said, the girl whom we had a dinner in memory of every year. Rachel reminded everyone that there was an inherent insecurity in being a young woman. Killed not by a stranger but by her own jealous, controlling fiancé, Rachel had started at St. Hilda’s a decade before me. The river which I associated with picnics, punting and May Day dives had been dragged in search of her remains, adding to a topography of violence against women which left nearly no field, park, canal, street or building uncharted. She had been found outside of the college, under the floorboards of her rented digs, her life brought to an end by a man who would be freed from prison to restart his just twelve years later. The sad truth was that St. Hilda’s, although built for women by women, could not protect us from male violence; that was the task of the beefy older men who acted as our gatekeepers. Our world was not so far removed from Dorothea Beale’s, after all.

What are women without men? That question hung over us at college. Were we the “Virgin Megastore” as some male wits had it? Or the “Prisoner Cell Block H” of their nightmares? To some of the girls who had not applied directly to St. Hilda’s, but had ended up there through open applications, it was a barren wasteland, an unwanted continuation, sometimes, of more than a decade of single-sex schooling. For others, university was where you met your future husband and the college was just a hurdle towards that goal. The significance of seeing women, and only women, in authority was lost to them. While for me, the portraits of our foremothers throughout the college, communicating a sense of shared history, despite my own distinct background, positioned women as the archetype, as the natural keepers of power.

The preceding is from the new Freeman’s channel at Literary Hub, which will feature excerpts from the print editions of Freeman’s, along with supplementary writing from contributors past, present and future. The latest issue of Freeman’s, a special edition featuring 29 of the best emerging writers from around the world, is available now. 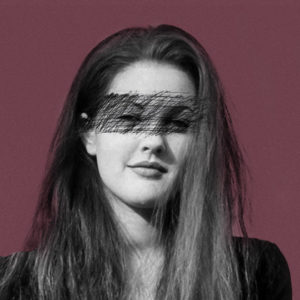 One of the most popular, sought-after women on television in the 90s was a new mainstream television character: the Woman...
© LitHub
Back to top
Loading Comments...