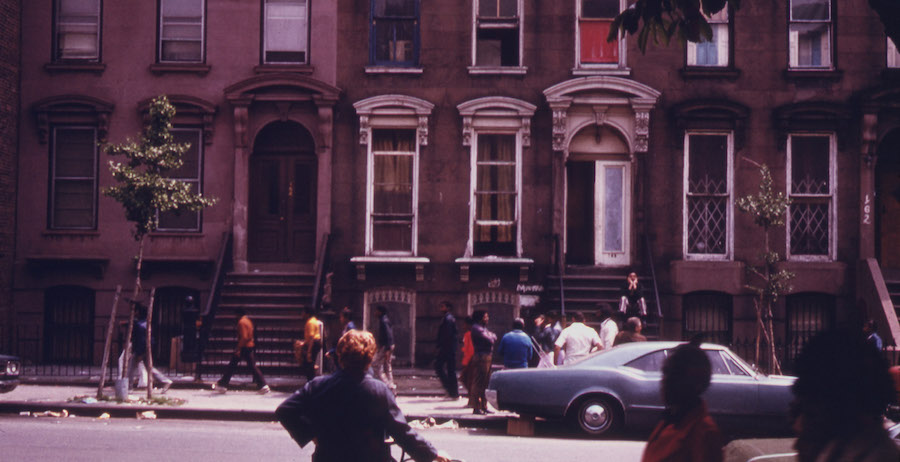 "Why is it so hard to know a person we see everyday?"

In private I called the man my boyfriend. My husband called him my boyfriend though the name made no sense. There was no romance between us. We barely spoke. The name marked a window through which my boyfriend and I saw our similarities. We were both quiet, melancholy people. We were both gardeners. We both watched the world waiting for the dead to return.

According to an acquaintance at the Brooklyn D.A.’s office my boyfriend was affiliated with one of New York’s crime families, a minor Mafioso. I wasn’t. Perhaps the dead he watched for meant to do him harm.

He owned a card store. In ten years I entered his store once because he didn’t actually have any cards for sale, a few Valentines in August. This wasn’t uncommon in my neighborhood. We had pizza parlors that didn’t sell pizza, butchers with no meat.

Anna lived next door. She was beautiful, black hair, black eyes. Her husband carried a gun. Every morning on our way out I’d say hi. Though my grandfather was born in this neighborhood, I was not. I was an unseen outsider. Anna would turn toward my voice in order to look right through me.

I wanted to be the man’s confidant. Small histories are the currency that tempt me most. Why did Vincent limp? How had the Russian moved in? What did the inside of Chickie’s look like? My boyfriend knew. He could describe the land before Robert Moses cut it in two, except that he didn’t talk much. When I spoke to him, he’d answer in one word or two. He’d look away. He’d blush. We stared at each other instead, long, long stares, usually from across the street, the distance between his life and mine. Ten years of long gazes that never ended in a smile. The looks had no resolution or gentle way out. Our stares were stares of desire with nothing sexual in them. We wanted to know each other. We had a question: Why is it so hard to know a person we see everyday?

Or else I misread his stares. That’s a possibility. I make things up professionally. And, an expert watcher, he was practiced in being blank. Maybe his stares were fueled by anger or disgust. Maybe his stares harbored some old lust.

He was a member of the social club on the corner and tended the garden there. The flowers were a bright spot in a brick, foreboding building. It had no windows, not even in the door. One year he grew castor plants, a species first recorded in the 3rd century BC. Ricinius communis. With maroon leaves and spiked pink seed pods, the plants look prehistoric, Dr. Seussian. Thomas Jefferson once grew a 22-foot-tall specimen. The plant is not named for the part mortal, part immortal twins, Castor and Pollux, but rather because it replaced castoreum, a perfume gruesomely brewed from the dried perineal glands of a beaver, castor in Latin.

“Why is it so hard to know a person we see everyday?”

Even in a neighborhood filled with gardens, these weird-looking plants stood out. So many people asked him what they were, my non-talking boyfriend had to hang a sign. It looked like the handiwork of a child, written in black Sharpie, hung on a bit of yarn. CASTOR PLANT. This community-minded act of education tempted me to believe that my acquaintance at the D.A. had the wrong guy in mind.

The sign did not say that a few grains of ricin, the castor bean toxin, could kill a human. Danger grew unannounced on our corner. But the murders in my neighborhood were only mafia against mafia. I felt safe.

Evenings he stood in doorways. I’d see him on my way home, lurking, watching. He wasn’t ever scary to me, though his silence, his inability to sleep, his proximity to crime, made me wonder if he might be one of the dead himself.

I got pregnant in the fall and one winter morning, Anna suddenly smiled. “Hi,” she said. “How’re you doing?” She saw me. Soon after a man from the Italian grocery stopped me on my way to the subway. “Where you going?” he asked. He saw me too.

“You’re taking that with you?” He meant my pregnancy. He didn’t like me removing things that belonged to the neighborhood.

Babies kept coming. The neighborhood filled up with new people. I temporarily shelved my occupation with death, like giving up booze. I was on the wagon. I was busy with my daughters’ lives, with all this living.

But danger really did grow unannounced. Not ricin but unabashed wealth and real estate developers. As my family grew, we had to move, priced out of the old neighborhood.

When I was a week out of my apartment, my landlords renovated, hoping to attract something new and shiny. I saw my old six foot, cast iron bath tub on the curb, left out as trash. My tub was pale pink. It had been washing bodies for 70 years. It could have easily withstood 70 more years of use. Nieces and nephews had visited solely to bathe in our pink tub, large as a couch, glorious in its pinkness and generosity. It had been our hearth. How many bodies had my tub held? So many, I could hardly call it mine. What tendernesses had transpired in that tub? What short bits of peace had the tub known and absorbed? I wondered wildly if my own dead had bathed in my pink tub, in the pink tub: my Bushwick-raised grandma; or William Nolan, band leader of nearby Baltic Avenue; or Helen Murtha who kicked her husband out not because she didn’t love him but because one more pregnancy would have killed her: or their son Elmer, the Grand Army Plaza grandfather I never knew as he died too young.

To see the tub in the trash cut me the way all the awful newnesses of the world cut. I considered taking the tub with me—trying to make everything good last forever.

I couldn’t even shove a corner of the massive iron edifice. I couldn’t, but maybe my boyfriend could.

I went to the social club. It was February. No garden. The front door was firmly shut against the cold. No women allowed. That had always been the rule. And I suppose I knew that even strength such as his couldn’t bear this burden alone. He’d require other backs, legions of forgotten longshoreman, strong ghosts, to slug the ancient tub through the night looking for a new home.

“You’re taking that with you?” I asked though I knew the rules about removing things that belonged to the neighborhood.

I left with my babies and, that time, no one stopped me.

The dead come back in objects: a coat, an ashtray, a chair. Or the dead never leave. Where is my indestructible tub? Part mortal, part immortal. It is somewhere in this world. Who or what is it holding now? A pregnancy, as it once held me? Rainwater? Slime? Dust, dirt, soil? It would make a fine planter for flowers ancient and odd and poisonous and powerful as all time.

Samantha Hunt’s first novel, The Seas, is being republished by Tin House.

Samantha Hunt is the author of the story collection The Dark Dark and the novels Mr. Splitfoot, The Invention of Everything Else, and The Seas. Hunt is the recipient of a Guggenheim Fellowship, the Bard Fiction Prize, the National Book Foundation’s 5 Under 35 prize, and the St. Francis College Literary Prize, and she was a finalist for the Orange Prize and the PEN/Faulkner Award. She lives in upstate New York. 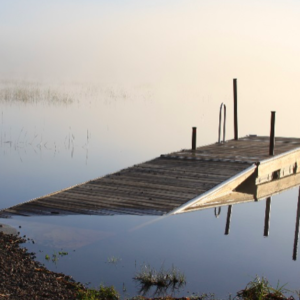 These poems create a place, somewhere we could go. The place of this poetry feels like a familiar country, even though it is made...
© LitHub
Back to top
Loading Comments...