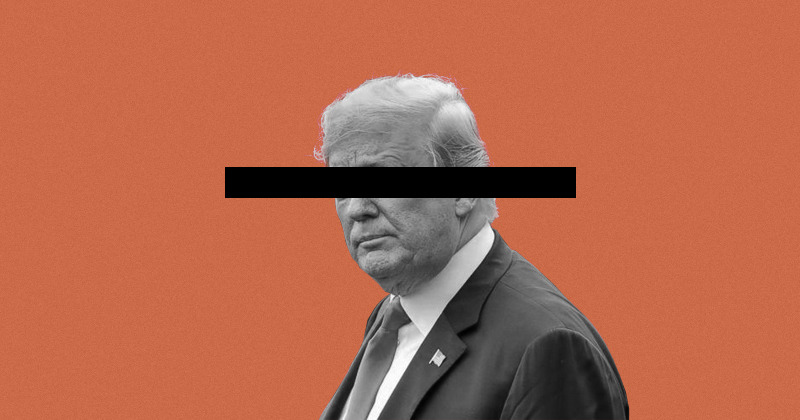 Why I Added, Then Deleted, Trump from My Novel

"These Additions, My Agent Noted, Were Not Very Good"

I wrote the first draft of what became my novel Early Work from the summer of 2015 through the early fall of 2016. I was revising it when Trump was elected. There were already a few references to politics in that draft—the book is set mostly during that summer and fall of 2015, so Bernie and Hillary in particular were on the characters’ minds—but my immediate, urgent inclination was to insert as many references as possible to the coming storm. Overnight, the book had become a historical novel, and in the immediate days and weeks after the election, it seemed foolish to write or publish anything that wasn’t concerned with the immediate crisis. The novel was my best chance to say something on a large scale—didn’t I have an obligation to use it as a vehicle, to whatever degree possible, to reflect on the rise of authoritarianism in America?

So, in between the marches and the calls and the impromptu healthcare policy discussion groups of the winter of 2016 and early 2017, I filled the novel with lots of terribly subtle hints as to what was to come—the Republican debates on television in the background of every third scene, red state neighbors slowly shifting their allegiances from Rubio to Cruz to Nightmare Man, a stoner making a very stoned case for Gary Johnson, pre-“What is Aleppo?”

These additions, my agent noted, were not very good. They were not helping the cause. They were the equivalent of characters happening to notice the sun glinting off the Twin Towers on the skyline in novels published in the immediate aftermath of the September 11th attacks. I took them out, restoring one only after my editor asked, in the wake of the president’s unforgivable response to white supremacist violence in Charlottesville, my former hometown, whether I might want just “some hint at the junta that’s taken control of our lives.” I did.

The point here is not that politics don’t belong in fiction. Dickens, Tolstoy, Kate Chopin, Isaac Babel, Joseph Roth, Grace Paley, Deborah Eisenberg: they pulled it off, and probably a couple of other people have, too. Besides being geniuses, what makes their engagement with politics effective is its inextricability from their novels and stories. Eisenberg’s “Someone to Talk To” is about a concert pianist invited to perform at a festival in a Central American dictatorship. The story is funny and grim and entirely concerned with the characters at hand; it’s about complicity because the plot enacts it. Paley is more explicitly didactic at times, but the political opinions stated—even when we know or strongly suspect they are the author’s—are rooted in those of the characters. (I mean, even if they weren’t, there aren’t any rules in fiction—as in soccer, the rules are whatever you can get away with.)

I imagine that great fiction will come out of this political moment, though these things don’t tend to arrive on a schedule, as much as we would like them to. In the case of my book, I came to the conclusion that it was best to let it stand as the inevitably myopic portrait of prelapsarian life that it is. These characters could have been thinking a lot harder about the political future in the summer of 2015, but they weren’t. They were getting drunk and talking about books and embarking on misguided affairs. I suspect that they may have been doing the same in the summer of 2017, but they would probably have spent some of their discretionary time protesting and getting into arguments about Antifa. I hope we live long enough to wring bleak, funny fiction from these days of anguish—a “missed connection” at an airport rally? The startling moment when a character thinks they might have glimpsed an ex-boyfriend in TV footage of a Trump rally? Too cute, too soon. Let’s drive them into exile first.

“I imagine that great fiction will come out of this political moment, though these things don’t tend to arrive on a schedule, as much as we would like them to.”

Standing beside the explicitly political is a tradition in which I feel more at home, and one that has consistently provided some kind of sustenance, however paltry, in moments of depression (i.e., most moments lately.) I’m thinking of the literary tradition of rejection, of an ethos that thrives on the caustic comedy of being alive, reluctantly, in the 21st century. I’m thinking of harsh, punkish novels like Molloy by Samuel Beckett, Cassandra at the Wedding by Dorothy Baker, Pushkin Hills by Sergei Dovlatov, and The Sellout by Paul Beatty, of story collections like The Babysitter at Rest by Jen George and Sam the Cat by Matthew Klam. These books are often gregarious and ugly, infused with an energy that comes from a repudiation of the standard terms of engagement. Their characters are flailing, breaking things down, fucking with people and with language in an attempt to reach something better, or at least different. Their virtuosic disaffection is a reminder of how fully one can refuse the options one has been given. There is joy in Beatty’s riffs and rants, music in George’s flights of nihilism.

These books don’t offer anything resembling a constructive political program, and, as we well know, an anti-bourgeois ethos of destruction can be harnessed just as easily by reactionaries as it can by their opponents. It’s a fine line, too, between what I’m describing and glibness, between expressing pain and failing to acknowledge the pain of others. A lot of the heat coming off the pages of Cassandra at the Wedding, for example, is generated by selfishness, our enjoyment deriving from watching a performance of the self stripped of the usual inhibitions. The narrators of Klam’s stories are not people we would want to spend time with (though we probably have), but they are willing to be fearless in ways that we are not. There is, I’ve tended to think, inherent value in that. As Ellen Willis wrote about the paradoxical values of rock music: “Music that boldly and aggressively laid out what the singer wanted, loved, hated—as good rock ’n’ roll did—challenged me to do the same, and so, even when the content was antiwoman, antisexual, in a sense anti­human, the form encouraged my struggle for liberation.”

That’s a statement I’ve lived by for years, but I can’t pretend I haven’t felt uncomfortable with it sometimes in these “antihuman” years. Might we not be better off pouring our artistic energies into work that affirms our common humanity, or directly calls out those who refuse to do so? Inconveniently for novelists, the president lives by a code that could be a fiction writer’s credo: be surprising, use everything for material, never apologize. One gets the sense that his followers are drawing some of the same satisfactions from his behavior—that sense of liberation, of being on the same psychic wavelength of another human—that fiction readers get from good novels. (I hope this is the feverish misperception a self-loathing fiction writer, but today the connection feels right.)  Perhaps most significantly, pace Willis, for every person who has been liberated by the work of great, if cruel or nihilistic art, how many people have suffered from the attitudes that work inhabits?

The possible conclusions here—that good art, created in good faith, has the power to broaden our worldviews regardless of the values it espouses; that caring about impractical things like literature in a time of rampant materialism and crude quid pro quo cronyism is a positive value worth asserting—aren’t wrong, exactly, but they’re not enough. I’m proud of the novel I wrote, and in the tradition of the writers I’ve mentioned, I hope it stands as some small rebuke to the society that it’s being born into. But meanwhile, the work of finding the right voice to capture this desperate time is still just beginning.

Andrew Martin's first novel Early Work was a New York Times Notable Book of 2018 and a finalist for the Cabell First Novelist Award. His stories and essays have been published in The Paris Review, The Atlantic, The New York Review of Books, Harper's, and T: The New York Times Style Magazine. He lives in New York with his partner, Laura, and their dog Bonnie. 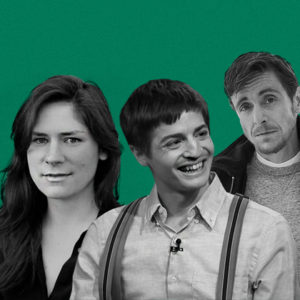