Aisha Tyler on Possibly the Worst Night of Her Comedy Life

What Could Go Wrong Doing Stand-Up at a Southern Christian College?

When I was a very young comedian, I got the opportunity to go on a college tour, which sounds more interesting than it is. I thought I’d be performing in theaters in front of eager young people, open to the most cutting edge humor and on the lookout for the next top talent, but that was not what the tour was at all. I ended up thinking about it more as a road trip to the lounges of DeVry Institute buildings and different university cafeterias at lunchtime, a trip in which no one in what I thought of as my “audience” knew why there was a large black woman screaming at the top of her lungs while they were trying to eat their tater tots and macaroni and cheese.

There were three of us on the tour, and we would all perform for ten minutes each. There was a game show element too, which was a part of the draw—if you stopped to watch or otherwise abide our show, you could at least win money. The game was that they had to make it for one minute, on stage with us, without laughing. Amazingly, they were all very good at it.

Still, despite our inexperience and the mixed reactions we got, we would get out there and do our level best. On the tour with me were a young Filipino comedian and a white guy, and we didn’t get along that well. Part of the problem was of course the circumstances—we were riding around the country doing shitty college shows in a van. We were hungry and poor. But there was also something else, a low simmering rage between the three of us, coupled with sexual frustration, since each of us wanted to get laid along the tour and didn’t know how to go about it.

One of the guys in particular on the tour thought he was going to be fucking college pussy the whole time, like it was falling out of the sky. He also thought, I learned, that I was gonna wing for him, which I was by no means interested in doing. Besides, I was a bad wing woman even if I wanted to help—I would just run up to girls and say, “My friend likes you, run. Is there a back way out? Is there a window? Move to another country, and never come back.”

Then when we got to the South. We were rightfully terrified, because we would be driving these back roads at night in this van with a black woman and an Asian guy and a white guy who had an Afro. Along these country roads, neon crosses float up out of the dark. Some of them look as if they’re on fire, which as a black person is not my favorite imagery. There was always a low-level terror in our vehicle. There was a so much murky apocrypha we’d heard about the South, some of it based in reality, some of it heightened by our sense of unknowing.

There were, of course, a surfeit of Christian schools along our southern leg. Why anyone thought it was a good idea to send comedians to Christian schools, I have no idea. At any rate, the very nature of our comedy—really of all comedy—was to be hellbent on offending somebody at some point. My goal was to offend everyone. That’s how I’d know that I’d done my job.

The general rules for the Christians would be not to curse, no sexual innuendo, no dancing, no talking about dancing. That pretty much wiped out all of my material. I was a baby comic with about ten minutes to work from, and I was milking all of my comedic powers just to get there. (My sets involved three minutes of vamping and one minute of silent staring at the audience, trying to remember who and where I was.)

We got into our rhythm, and the shows were all consistently going terribly. We would resort to asking the students what people make fun of at that particular college. At one religious college, we tried to mock the cafeteria food, since that was often something students were eager to join in on. “The food here is lovely!” a heckler said. “We love our food. We love our school.” And they loved God and they loved long skirts.

“Get off the stage,” they were yelling. “You’re evil and we hate you.”

Sometimes as we muddled through the first part of the show, we would just decide to dump it all together and go straight to the not laughing contest. At that point, with the contestant on stage, we’d try to break them down with various psychological tools, including, for one of us, a strip tease that he would only perform on men. That always worked at the Christian schools, owing to the implied homosexuality, which, I gather, was hilarious. He would give a boy a lap dance and the boy would inevitably collapse in a puddle, either fearing we were tainting his salvation or because he was in the closet.

I, on the other hand, would engage in all kinds of stereotypical black characters. Desperation brings out the worst in a person.

There was one particular school with a very officious school administrator in a suit and what I remember vividly as a tie with Disney characters on it, as if to say, he liked wholesome things through and through. And was also an asshole. “If you people break these rules,” he told us after running through them, “we will not pay you, we will not feed you, and we will not give you a hotel room. We will run you out of town on a rail.” On a rail! We weren’t even sure what that meant.

I was paralyzed with fear because one of my fellow comedians was incredible undisciplined. Whether it was deliberate or unintentional, he just seemed to have a complete lack of control over his own mouth. We feared the worst—no food, curling on the cold floor of our metallic van to sleep.

We got to the school, and somehow the better-behaved comedian was really good. He was a sweet guy and he could play his comedy right up the middle.

The other guy was on his best behavior, and though he didn’t break the rules the audience didn’t like him. When I went out, following them both, I was so paralyzed with fear, remembering the seriousness in the man’s face when he had told us, “You can’t use the Lord’s name in vain.”

I went out and I did a joke. It didn’t work, and I did another joke, and it didn’t work. And then I said, “Oh my God,” and I realized I had blown it.

But what followed was the most explosive series of Tourettes-like behavior I’d ever born witness to.

I just melted and folded in on myself, like a black hole. The faces in the audience morphed into those demon faces from The Devil’s Advocate. To them, I was here to ruin us all, to suck us into hell.

“Get off the stage,” they were yelling. “You’re evil and we hate you.”

We weren’t even able to finish the show. We fled.

But as we were making our way out of the cafeteria, a couple of the students came up to us and said, “Look, we’re really sorry for the behavior of our classmates. We don’t think that was right or Christian. We would love to take you out to dinner.”

That was great, because I knew we weren’t going to be paid for the show, and we were starving. We went to a Subway sandwich shop and ate together. The students were so normal, nice, kind.

But then of course what happened was that they commenced the process of conversion. Even though they were lovely and reasonable about it, they seemed totally oblivious to the fact that they were barking up the wrong tree. We had a wonderful conversation about the concept of an absolute religion—the idea that only their version of Christianity would get you into heaven and the other churches were all evil and manifestations of Satan.

“What happens to an Eskimo,” I wondered out loud, “or a dude in the Brazilian rainforest who never gets to have an opportunity to hear your particular version of things? Is that guy just born to die and go to hell?”

They consulted each other and nodded. “Pretty much, yeah!” they said.

Man, I thought. You guys are dicks.

We finished our Subway sandwiches. I admired how civilized they were. It was something to see their confidence that they had won and they were going to rocket up to the clouds while everybody else stood down here, watching and eventually burning. It must be nice to live your life that way, I thought, to know with certainty that despite the fact that three comedians have come in and tried to taint your salvation, you were impervious to their powers, and more than that, you did your part and gave them some nice coloring books per the will of God, and your path to paradise is assured. 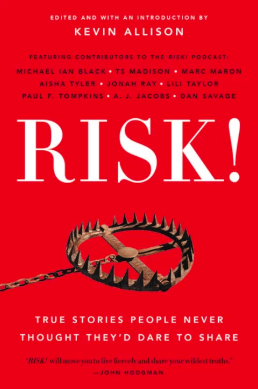 Aisha Tyler is an actor, comedian, director, author and activist. She is currently co-host of the hit CBS daytime show, The Talk.

Does The Handmaid's Tale Want Us to Empathize with Ivanka Trump? 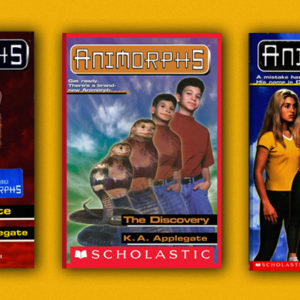 As a child, I kissed our pet frog, hoping he’d turn into a boy who’d protect me from monstruos. The frog failed to metamorphose,...
© LitHub
Back to top
Loading Comments...