TODAY: In 1962, Ken Kesey’s One Flew Over the Cuckoo’s Nest is published.

50 fictional booksellers, ranked (from murderous bibliophiles to Pamela Anderson and beyond) • “We, the undersigned, do not see a faceless brown mass. We, ourselves, are not faceless, nor are we voiceless.” An open letter to Oprah Winfrey about American Dirt • Patrick Modiano on Françoise Frenkel, the writer and bookshop owner who escaped the Nazis • An illustrated reading list of groundbreaking mixed-media literature • Marcelo Hernandez Castillo in the home of his ancestors • Poverty hurts children in ways we’re just beginning to understand • On pig hearts, placental stem cells, and the search for the aging cure • Craig Pittman on the extreme move that saved Florida panthers from extinction • On one of the greatest children’s ghost books ever published • Paul Yoon revisits five great novels that take place over 48 hours • How the ways we pay attention change the shape of our brains • Samuel Freedman rereads the 1975 book that “foretold the construction of Trump’s impregnable base among white working-class men” • The professor who smuggled intellectuals out of Nazi-occupied France •

Jack London’s call to service and humanism • Fred Kaplan on how we learned to start fearing the bomb, again: • Donna Jackson Nakazawa on immunity, microglial cells, and social media

Paul French guides us through the elusive crime novels of Prague • Nicci French on what authors can learn from the greatest long takes in movie history • Seven series that prove women are revitalizing the Western • Neil Nyren helps us discover the wild, weird, corrupt, uproarious world of Carl Hiaasen’s Florida • Lisa Levy interviews three crime writers who broke through in a big way last year • Chris McGinley rediscovers a lost classic of rural noir • It’s cold outside—time to read some wintry thrillers • C.J. Tudor with seven novels where murder is a group activity • The crime writer and the FBI agent: the story of an unlikely friendship • Staff picks: our favorite CrimeReads stories of the month 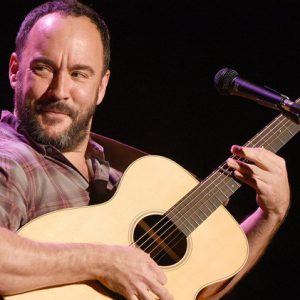