How We Learned to Start Fearing the Bomb, Again

When Jim Mattis went up on Capitol Hill to request funding for the low-yield Trident II, he was met with apprehension. Not because of the cost—the price tag for modifying a few dozen warheads was $65 million, a pittance in a defense budget exceeding $700 billion. Nor were many lawmakers concerned about this new weapon per se. Rather, they were concerned about the man who had the power to launch it.

Arms control advocates had long argued that low-yield nuclear weapons were destabilizing because they lowered the threshold between conventional and nuclear war. They seemed to be—they were designed to be—more usable as weapons of war, and, therefore, some president, in a crisis, might feel more tempted to use them. The human factor was key: some presidents might resist the temptation; others might risk all.

Donald Trump wasn’t the first president who inspired mistrust on this score. In 2003, after the invasion of Iraq, some Air Force generals proposed building a new low-yield nuclear warhead that burrowed underground before exploding, seeing it as an ideal weapon for killing some future Saddam Hussein in his bunker.

But many on the House and Senate Armed Services Committees did not trust President George W. Bush with such a weapon, so they tacked on an amendment to that year’s defense budget, prohibiting the “testing, acquisition, or deployment of a low-yield nuclear weapon”—and barring the Department of Energy from even conducting research or development for such a weapon—without the advance approval of Congress.

Now, 15 years later, Mattis was running into similar problems with Trump. It wasn’t the first time he’d heard this concern.

On October 30th, two and a half months after Trump’s “fire and fury” fusillade at North Korea, Senator Edward Markey—a Massachusetts Democrat, the fourth-longest-serving member of Congress (mainly in the House), and a firm advocate of nuclear arms reduction—sat on the dais of the Foreign Relations Committee, listening to Mattis and Rex Tillerson testify at a hearing on whether the president needed new congressional authorization to use military force against terrorists around the world.

When his turn came to ask questions, Markey expanded the inquiry. Could Trump launch a nuclear first strike, he asked, without consulting any members of Congress?

Arms control advocates had long argued that low-yield nuclear weapons were destabilizing because they lowered the threshold between conventional and nuclear war.

Mattis hesitated, called the question “hypothetical,” and noted that the process for launching nuclear weapons was “extremely rigorous.” When Markey repeated the question, Mattis allowed that he could imagine the president ordering a first strike if an adversary was seen “preparing” to launch an attack and if the threat was “imminent.” Tillerson added that no president had forsworn first use as an option and that the policy had “served us for 70 years.”

None of this was news to Markey. He was long aware of the president’s exclusive power to destroy the planet. At the start of Trump’s term, he had drafted a bill to prohibit a nuclear first strike without congressional consent. But few of Markey’s colleagues, even those on the Senate Foreign Relations Committee, knew just how unchecked the president’s powers on this front were.

Among those senators was Bob Corker, the committee’s Republican chairman. Corker, a businessman from Tennessee, was deeply conservative, but he was also agitated by stories he’d been hearing about Trump’s mental state. Recently Corker had made a stir by tweeting that the White House was like an “adult day care center” and telling a reporter that Trump’s reckless threats toward other countries were paving a “path to World War III.”

After the hearing, with the Mattis-Markey exchange in mind, Corker told his staff that he was “riled up” by the issue of nuclear command-control and wanted to hold a separate hearing on the subject as soon as possible—“something real sober,” as he put it, “pointing out that the President has the power to basically destroy the world.”

The hearing was held just two weeks later, on November 14th. In the interim, the Congressional Research Service prepared a memo, noting, among other facts, that it would be the first hearing on the subject in 41 years.

In his opening statement, the committee’s ranking Democrat, Benjamin Cardin of Maryland, said that he didn’t usually get questions about foreign policy at town hall meetings, but ever since Trump’s warning to North Korea, a lot of constituents had been asking, “Can the President really order a nuclear attack without any controls?”

The committee staff had assembled three witnesses—one retired four-star general, one Democrat, and one Republican. The first to testify was the general—Robert Kehler, the former StratCom commander who had guided President Obama’s security team through the SIOP and, just before Trump’s inauguration, had signed the letter to the Wall Street Journal calling for the retention of the Triad.

Kehler’s main point was that the president did not have a completely free hand. “The United States military does not blindly follow orders,” Kehler said. “A presidential order to employ U.S. nuclear weapons must be legal. The basic legal principles of military necessity, distinction, and proportionality apply to nuclear weapons, just as they do to every other weapon.”

Cardin asked who would decide whether the order was illegal. “Well,” Kehler replied, “that is one of the things that would be on the plate of the commander of Strategic Command.”

“So,” Cardin said, “let me just drill down on this.” If Kehler were still head of StratCom, and if the president ordered a first strike that did not meet the legal test of proportionality, could he decide “to disobey the Commander in Chief?”

“Yes,” Kehler replied. “If there is an illegal order presented to the military, the military is obligated to refuse to follow it.”

Some of the senators and their staff raised their eyebrows a few notches. Ordinarily, someone in Kehler’s position would avoid answering such a question, pleading—as Mattis had, when Markey posed a similar question—that it was “hypothetical.”

But upon further questioning, Kehler’s bold assurance turned wobbly. Republican senator Ron Johnson of Wisconsin asked him how he would have gone about refusing to follow an illegal order.

“And then what happens?” Johnson asked.

If the members of Congress thought the president was unfit to command, then they needed to take responsibility and change the procedures.

“Well,” Kehler said. He paused, and nervous laughter flitted through the chamber. “As I say,” he went on, with a slight grin, “I don’t know exactly. Fortunately, we’ve never—these are all hypothetical scenarios. I mean, they’re real, in terms of—”

Johnson interrupted, “We are holding a hearing on this, so—”

And that opened the door to the question of what happens to all the legal principles when the human is Donald Trump.

Senator Chris Murphy, Democrat of Connecticut, raised the point in the starkest terms. “Let me just pull back the cover for a minute from this hearing,” he began. “We are concerned that the President of the United States is so unstable, is so volatile, has a decision-making process that is so quixotic, that he might order a nuclear-weapons strike that is wildly out of step with U.S. national security interests. Let’s just recognize the exceptional nature of this moment in the discussion that we are having today.”

Murphy then asked the Republican witness, Peter Feaver, who had worked as a special adviser to President George W. Bush, whether an enemy power’s mere possession of a nuclear weapon, with the range to reach the United States, would constitute an “imminent attack” and thus put the president on solid legal ground in ordering a first strike.

Feaver, while noting that he wasn’t a lawyer, replied that it probably did pass the legal test. “I think it would, in most people’s minds, constitute a grave threat to U.S. national security, particularly if it was a North Korean nuclear warhead atop a North Korean missile that was capable of reaching the United States,” he elaborated.

Brian McKeon, the Democratic witness, who had worked in the NSC and the Pentagon under President Obama, disagreed. “Senator,” he said, “the mere possession of a nuclear weapon, I do not think would meet that test.” The North Koreans “have a nuclear weapon today, we know that much.” If the president considered it sufficiently threatening to warrant a first strike, there would be plenty of time to seek congressional authorization.

As the hearing went on, it became clear that the debate was ultimately beside the point. Kehler noted that “nuclear decision-making at the highest level” is “a consultative process,” involving many people— the head of StratCom, the secretary of defense, and other advisers—any one of whom could say, as he put it, “Wait, stop, we need to resolve these issues.”

Fred Kaplan is the national-security columnist for Slate and the author of five previous books, Dark Territory: The Secret History of Cyber War, The Insurgents: David Petraeus and the Plot to Change the American Way of War (a Pulitzer Prize finalist and New York Times bestseller), 1959, Daydream Believers, and The Wizards of Armageddon. He lives in Brooklyn with his wife, Brooke Gladstone. The Bomb: Presidents, Generals, and the Secret History of Nuclear War is out now from Simon & Schuster.

Murat Çelikkan: Another Turkish Journalist in Prison for 'Unspecified Reasons' 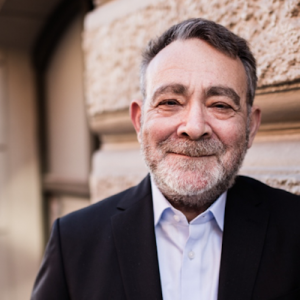 Murat Çelikkan: Another Turkish Journalist in Prison for 'Unspecified Reasons' Kırklareli is an unassuming city. It is a big change from Cihangir, the heart of artistic Istanbul, and the place of colorful...
© LitHub
Back to top