Fifty-one weeks before the 2020 presidential election, as I was briefly visiting the quintessential swing state of Wisconsin, I made a grim pilgrimage to one of the early landmarks on the road to Donald Trump. It was a low-slung, mustard-colored rectangle of a place, which its roadside sign identified as the Club Tavern. Typical for a bar in this state, the Club touted Friday-night fish fry and a shuttle bus to Badgers football games. I peaked inside early on a Friday afternoon to find a dozen men and women desultorily drinking as a bank of television monitors beamed NFL highlights.

The only reason the Club Tavern merited my attention is that I first knew it by a more evocative alias, the Oasis. The sociologist E.E. LeMasters had chosen that pseudonym when he made the Club Tavern, in the Madison suburb of Middleton, WI, the basis for a book based on five years of fieldwork there, Blue-Collar Aristocrats. Similarly, LeMasters had obliged the norms of his discipline in changing the names of his informants, most of them construction workers, among whom he had drank, shot pool, talked, and listened.

For a work of formal academic research, Blue-Collar Aristocrats enjoyed an unexpected burst of crossover appeal. Reviewing the book soon after its 1975 publication, The New York Times praised it for being “not a dry sociogram” and complimented LeMasters for his sensitivity, compassion, and wisdom. In that initial blast of publicity and praise, Blue-Collar Aristocrats looked as if it might join that relative handful of sociology texts—The Lonely Crowd, Tally’s Corner, The Presentation of the Self in Everyday Life—that enduringly penetrate the larger culture.

Trump is not a Republican exception but rather the culmination of a Republican trend, going back to Barry Goldwater.

Fate has not been nearly so kind. When I went searching online for a copy of Blue-Collar Aristocrats a few months ago, the only remotely affordable “new” copy was an unsold paperback from 1976 that had to be shipped from England. If the title remains officially in print, then that status seems like a mere legal formality. Yet if there is a forgotten book deserving of resurrection at this moment in American political history, then Blue-Collar Aristocrats just might be it. In an uncanny, even scarily prescient way, LeMasters foretold the construction of Trump’s impregnable base among white working-class men.

In saying so, it is important to acknowledge that the whole trope of Trump having uniquely and decisively attracted such voters is routinely overstated. While white men without college degrees in blue-collar jobs did give Trump some very important votes in swing states of the Rust Belt, they overall supported him in similar proportion to that establishment blue-blood Mitt Romney in 2012.

In fact, part of the great value of re-reading Blue-Collar Aristocrats now is being reminded that Trump is not a Republican exception but rather the culmination of a Republican trend, going back to Barry Goldwater and only defied by “compassionate conservative” anomalies like George W. Bush, of playing on their resentment of women and racial minorities in order to win white male votes. LeMasters brings us much closer to the origin of that trend.

Because he conducted his research between 1967 and 1972, he implicitly answers one of the persistent questions about Trump’s white proletariat: How much of their aggrievement with the Democratic Party and liberalism itself can be ascribed to materialist causes, meaning primarily the demise of industry and the explosion of income inequality? By such measures, the men in LeMasters’s book inhabited a markedly healthier economy. During the years of his fieldwork, the top 1 percent of the population took a 3 to 4 percent share of the nation’s cumulative income—about one-third of what it is now. Union membership, though already declining from its high point of 33 percent of the work force, stood in the high 20s—compared to barely 10 percent now.

So reading Blue-Collar Aristocrats in 2019 is like solving an equation by removing one of its variables: materialism. What remains are the cultural factors felt and acted upon by LeMasters’s men then and the Trump base now. And the echoes of those voices from the Club Tavern a half-century ago are nothing short of eerie. Though LeMasters’s academic specialty was the sociology of marriage, a subject he does treat at length in the book, his acute ears tuned in to the troubling mixture of nostalgia and nihilism that animates the Trump movement today.

LeMasters writes, “All of America’s leaders are white-collar: economic, political, religious, even labor . . . Who, then, can win and retain the respect and loyalty of the blue-collar elite?”

“The puzzle about the cynicism of these men,” LeMasters writes, “at least to this observer, arises from the fact that they have actually done quite well in American society: they are at the top of the blue-collar world and most of them, when questioned, admit that they are well-paid for their work. Very few of them report harassment or mistreatment on the job. Most of these men survived World War II without serious injury and a majority actually ‘believed’ in the war . . .

“Why, then, should these men be so cynical? One can understand fatalism and cynicism at the lower-class level, the Americans at the bottom of the socio-economic system. But the men in this study occupy a very nice spot in the system, and one might expect them to be less gloomy in their outlook on life.”

Gloomy is not even quite the right word for the mood that LeMasters captures. His men bristle with rage and contempt—for women, for blacks, for gays, for anti-war protestors, for white-collar workers, and even for the very union leaders whose efforts have won comfortable pay and working conditions for the rank-and-file. Except for the bar’s bowling and billiards teams, the men of the Oasis resist joining anything; churchgoing and community service are for their wives. They cast votes less for a candidate they admire than for either the one they hate less or the one, Richard Nixon at this time and Donald Trump now, who gives fullest vent to their own class resentment.

Class in Blue-Collar Aristocrats is, for that matter, a concept only tenuously attached to income. To be working-class in this book is not to be materially struggling; it is to have a steady paycheck, a package of fringe benefits, a boat and snowmobile for leisure fun. And when the wives perceive themselves as being middle-class, LeMasters intuits that they are referring less to a certain dollar figure for household income than to holding aspirational ideas about, for example, having their children go to college and a professional rather than into a manual trade.

The #MAGA of Blue-Collar Aristocrats is the half-remembered, half-invented past the men had during childhood on farms or in small towns. “They would like for the world to be like it was when they were growing up,” LeMasters writes. “[T[heir memories are of peace and quiet and satisfaction with things as they were. World War II was a violent interlude for most of these men, and after the war they wanted merely to resume life as it had been before. Nothing about the contemporary world (except the higher wages) seems as good as what they knew in their youth.”

As such a passage shows, LeMasters strives to be an empathetic vessel for his problematic informants. The author notes in the book that he is the son of a coal-miner. During the course of his research, he joins the Oasis’s billiards team. The bar’s regulars affectionately call him “Doc” and chide him with a generous spirit they deny to all their other targets.

None of LeMasters’s affinity, though, blurs his vision of what the self-righteous estrangement of such men from the American project will mean. “In a democratic society there are very real problems when one segment of the society does not respect or trust another segment,” LeMasters writes. “All of America’s leaders are white-collar: economic, political, religious, even labor . . . Who, then, can win and retain the respect and loyalty of the blue-collar elite?”

As for my own visit, brief as it was, it still went on long enough to stir up some personal memories. I went to the University of Wisconsin in the mid-1970s, just as Blue-Collar Aristocrats was being published. While I never hung out at the Club Tavern— which, in any event, has been through at least two more owners since then—I recall having gone to plenty of similar bars for fish-dry dinners or shots of bourbon. Those places felt alien to me, but not hostile. In my long hair and scruffy beard, to say nothing of my left-wing politics, I had zero expectation of fitting in. Yet neither did I feel like I was entering enemy territory. Re-reading E.E. LeMasters’s masterpiece has disabused me of my collegiate naïveté.

Revisiting the 'Long Take' Genius of the Two-Day Novel 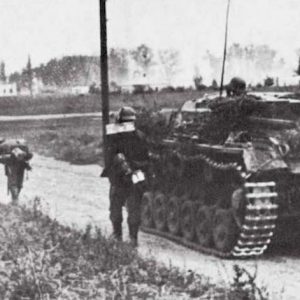 Over the Pyrenees September 11-13, 1940 During my first week as a courier, I was constantly on the run between the ERC’s...
© LitHub
Back to top