TODAY: In 1907, John Millington Synge’s play The Playboy of the Western World premieres at The Abbey Theatre in Dublin, causing a riot.

“We still don’t know all of what Plath left behind.” On a chance encounter at the grave of Sylvia Plath and lessons from Sylvia Plath’s newly discovered short story • Which is the most literary state? A quantitative examination each state’s prestigious prize haul • Diary of a government shutdown: a furloughed worked watches 24 hours of CNN, in search of the real story • Jami Attenberg and Maurice Ruffin in conversation • On the overlooked eroticism of Mary Oliver • A decorated WWII veteran returns to the Jim Crow South: an account of the blinding of Sgt. Isaac Woodard • Kristen Arnett on navigating life as

a writer and a librarian • David Treuer on the myth of an Edenic, pre-Columbian “New World” • Jealousy, guilt, and royal rifts: a reading list of sororal friction, from Edith Wharton to J. Courtney Sullivan • Dani Shapiro on unraveling the mystery of her conception • You’re welcome, Hollywood: free and entirely correct casting expertise for yet-to-be-adapted literary classics • Friends and coworkers reflect on the legacy of poet-publisher Lawrence Ferlinghetti, in advance of his 100th birthday • A brief literary history of Davos, where tuberculosis and writer’s block were cured, if not global catastrophe • When a very small press wins a Pulitzer: Paul Harding looks back on Tinkers, ten years on • Benjamin Dreyer, the internet’s chief copy editor, on the bad writing habits he wishes you would quit • Daisy Johnson on the limits of writing the wholly new • In honor of her 137th birthday, an examination of what Virginia Woolf was like as a child (for a start, her nickname was “The Goat”) • On mourning a parent, with the help of Virginia Woolf • Reflections on aging and life from Diana Athill, who died on Wednesday at the age of 101

Subscribe to the new Book Marks Bulletin for reviews, news, pre-publication giveaways, and more!
The Heartbeat of Wounded Knee author David Treuer on five books about Native America, from The Other Slavery to The Wretched of the Earth • Home is where the haunt is: Heather Cleary on the fantastic in translated fiction • This week in Secrets of the Book Critics: Madeleine Schwartz on Dawn Powell, Uwe Johnson, and the death of the book critic • Leila Slimani’s Adèle: fierce, uncanny thunderbolt OR oxymoronically sex-filled dud? • Samanta Schweblin’s uncanny fictions, Valeria Luiselli’s political empathy, Jill Abramson versus the youth, and more Book Reviews You Need to Read This Week • A new history of Native America, a genre-bending Sci-Fi thriller, and a memoir of domestic work and poverty all feature among the Best Reviewed Books of the Week 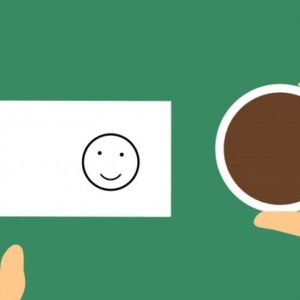 For a lord, Peter Richard Grenville Layard is an unassuming type. The man who comes to greet me in the nondescript hall of the university...
© LitHub
Back to top